Pick your force and face off against your opponent! Real-time tactics for Dawn of War II and Chaos Rising.

Tactical Insertion reintroduces Ground Control to modern PC gaming. It has arrived on ModDB with release 0.3, which includes a brand new stealth system, new menu music, the reintroduction of super heavy infantry, an extra half a map, and a custom Chaos Razorback vehicle.

When you're ready to play some games online, join the Steam group and find an opponent! 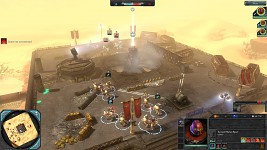 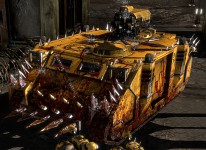 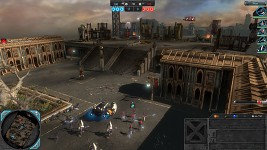 So it's like you made a more shallow version of DoWII...

No - I made a narrower one. The changes are all focused on giving player decisions more meaning.

I like the idea of a set resource pool at the start of every level.

Reminds me a bit of a CoH mod.

War Over Europe or something where you fight with a company of soldiers that you buy ahead of time from a website?

Your talking about Europe in Ruins and Operation Market Garden, both of which are far better balance than vcoh.

Good job on the mod though guys, haven't looked at the details but the work itself is impressive.