After hitting a few decent milestones, the game is getting ready for Greenlight!

I've been hard at work on the multiplayer aspect of the game, and it's finally nearing a stage of playability.


The most surprising thing to me was that the server runs great on my friend's Raspberry Pi 2 Model B! (Raspberry Pi is a trademark of the Raspberry Pi Foundation)
Note however, that the client iself remains incompatible, but it should be sufficient to host sessions of small to moderate magnitude. Though I've not put it to bigger tests yet, after some optimizations it could get even better.

There is much work to be done still, and whether or not I expand the multiplayer to support additional game modes with unique twists and ideas depends on the amount of interest the playerbase shows towards it once the game has a wider audience.

In other news, I've been retouching the visuals slightly, having added diagonal tiles, more floor variants, tall & ramped walls... the game feels less bland now and even more should be on the way eventually. 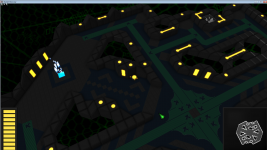 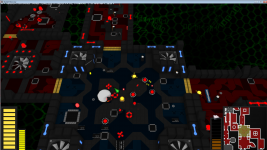 The game is very close to taking the next big step: Getting on Steam Greenlight. Most of my attention is directed towards this goal right now, though meanwhile I'll be adding more content, and plan on releasing a new version of the game, this includes a demo update aswell.

Have a good day,
-Dan