I can finally show you what I've made. Enjoy and have fun!

Posted by StevenCabbage on Apr 7th, 2020

The demo version of System Malfunction is released, now you can download and play it. This demo version includes the entire first chapter.

Honestly, I don't know about the future of the mod. Before taking a break I was really motivated and interested in developing it. But now I lost all the motivation and think that I can't handle such a big project myself.

I spent to much time on it and realise that I'll need to spend even more. Even things I've already made need to be reworked in terms of gameplay. I started making this project almost a year ago and since then I learned lots of new things about level design. I think, the work I've done is obsolete and I believe that I could do it better.

However, I am satisfied with visuals of the mod, I spent a lot of time polishing and detailing, that's is why I've not abandoned it at all and can let you play it. 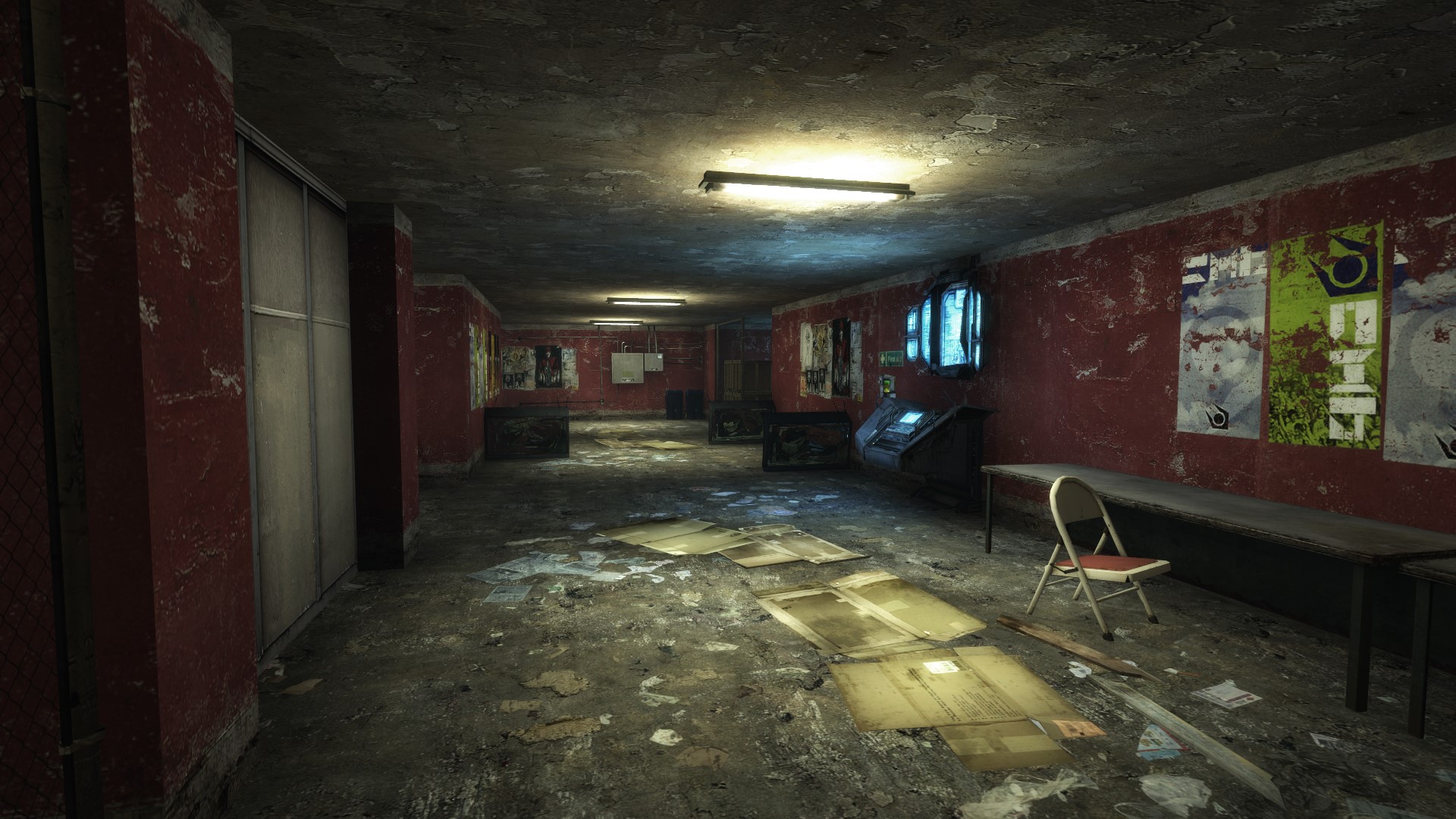 In short, I am not sure what to do about it. The only thing that can help this project survive is if someone joins my team and help me with level desing, but I don't want it to happen, because I think it just doesn't worth it.

Same thing about the soundtrack. If I was working on it today, I might make it a lot better. You can listen to it here.

Anyway, thanks to everybody who supported me. With your help, I'm not ashamed to show what I've made.

Enjoyed the mod, thank you!

8.5/10. As a demo it really sets the player up for wanting more, a good presentation.

It's like going back to Half-Life 2's "Route Kanal" with the best nostalgic sense to it.
The level design is great; I played it on Hard and I suggest doing the same, I think it brings out the best simple yet tense gameplay which is again reminiscent of HL2.

Visually I think it went way too far into overuse of graffiti. Especially when they repeat every 10 meters. Seriously, I must've seen like 15 "Caste" and about 25 "M5B" across the three maps in this demo. The graffiti are evenly plastered across almost any suitable surface and it becomes unnatural, especially in places where nobody would really even want/get to paint one.

(As a fellow Russian I recognise that our cities are covered with graffiti too but not quite like that! Sometimes it would just look much better without the decals, just letting the world surfaces speak for themselves.)

Other than that, well made, convincing levels built with standard HL2 materials - entirely satisfying.

Had some pretty strange brief flickering near the end of map 2 and beginning of map 3; seemed to always associate with rappeling metrocops. It looked like big bluish "planes" slicing the screen for like half a second. Visleaf bug?..

Great demo! Everything was good, even the music.

First playthrough was nice... impressive mapwork - though the dark and moody appearence is not in my favor at all... Will play with modded weapons again (nice to see the vanilla pistol again but i guess there should be a nice modded gun (or guns) in it... And btw can you may send me (or publish) the .vmf files? Im mapping too (so far released the matrixmod demo and working on a new project, check my profile) and there are some things that i could learn from them...

I can't believe it, more half life mods are coming out, like entropu zero 2, and now system malfuction, I'm going to die.!!!

The mod itself is very fun, though there could be a few more health pickups in the combat section. Since i instinctively rushed through those due to the music.
Also found the best easter egg I have found in mods thus far
Imgur.com
Really funny to see how you expected people to go in there.