The Engineer's Guild's ultimate war machine strides into the fray, shattering whole armies with its combination of brawn and firepower. Armed with two fist-mounted battering rams and a head-mounted cannon, the Siegebreaker employs some of the Guild's most advanced technical achievements. Where and when the Guild chooses to deploy their technological terror is something that few outside the inner circle can predict, but wherever it arrives, it will surely steer the course of Hylea's wars toward the conclusion that best serves the interests of the Starfall's secretive masters.

The Siegebreaker combines Mechanical and Giant traits for the first time, offering a host of powerful new card combinations. Also, when the Siegebreaker takes 6 or more damage from an attack, he activates his defense grid by summoning an Arc Node. Left unchecked, these structures render swaths of the board uninhabitable. Combine this ability with other Traps to put maximum pressure on your opponent's board position, or use it to corner them into devastating attacks like Crush--the possibilities are vast. 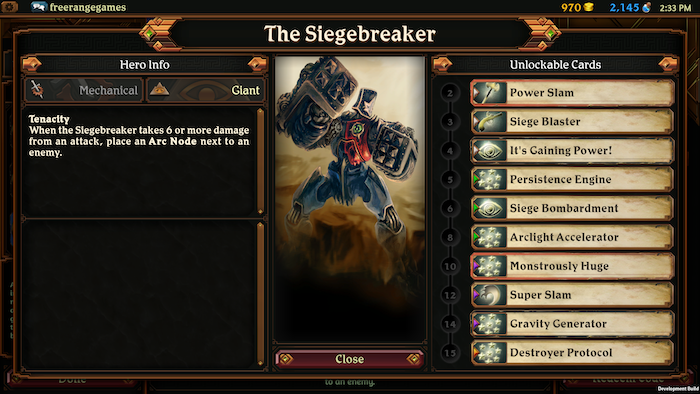 We have improved the replay controls so they aren't just pause and resume, but now they are more like DVR controls: restart playback, pause playback, card by card playback (click to continue), continuous playback, skip to end, and exit replay. Plus you can click on any tick on the timeline and jump to that point in the replay.

Want to repeat a particular sequence to see how two cards combined? Now you can. Also, you can now fast forward to the end or rewind to the beginning of a replay with a single button click, allowing you to watch a particularly awesome replay again without having to return to the menu.

Hopefully this will help you learn how to improve both your boss and hero decks, as well as get screenshots at just the right moment. You might even notice more bugs with the cards. If you do, please let us know.

Along with replay, we've improved the Battle Log to help players better understand the flow of the game. Minor actions like Minion attacks and triggered abilities like Counterstrike now appear in the Battle Log as minimized icons. This change puts more importance on cards and makes the log much easier to understand at a glance. In addition, we now display the Tick number within the Battle Log, so you can easily understand the sequence of actions and find specific events much more quickly.

Remember you can scroll the Battle Log and hero and boss actions are color coded. 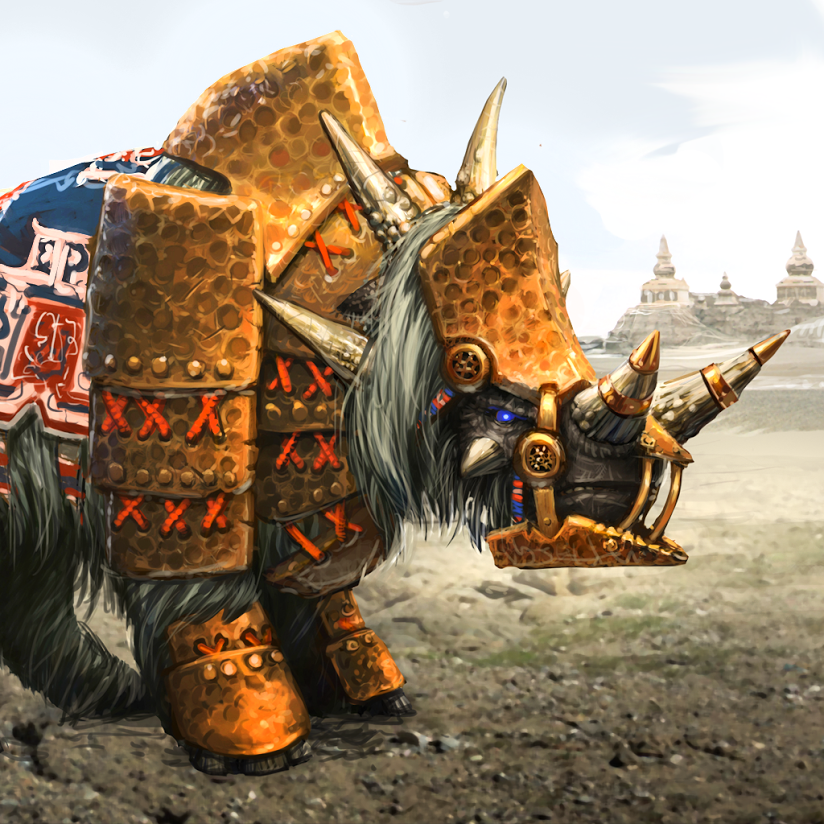 Summer Update I seemed to have pretty good balance overall. A few times certain bosses grew in strength for a few days and then returned to the group after people figured out how to beat the strategies being used. Only in the last 5 days has Manessa grown both in strength and popularity for more than a few days. We are making some adjustments to nerf her slightly.

Notice how Manessa's popularity (Total %) and strength (Win/Loss) grows from 11% and 0.66 to almost 18% and 1.45 over 5 days? Moving both to the right and up for a period exceeding 4 days seems to indicate players adopting decks that may be unbalanced.

Over the weekend players figured out how to beat the strong Manessa decks, so her win/loss rate came in quite a bit. Although she stayed stronger slightly longer than typical, this is a good indication that she is not too far out of balance.

There are some quite lurkers as well, like Adolphus, which like Manessa could become very hard to beat. With the addition of Siegebreaker, the whole balance of the meta will change and we will continue monitoring daily. Because there are new cards other bosses can use as well, we will be on the look out for that too. 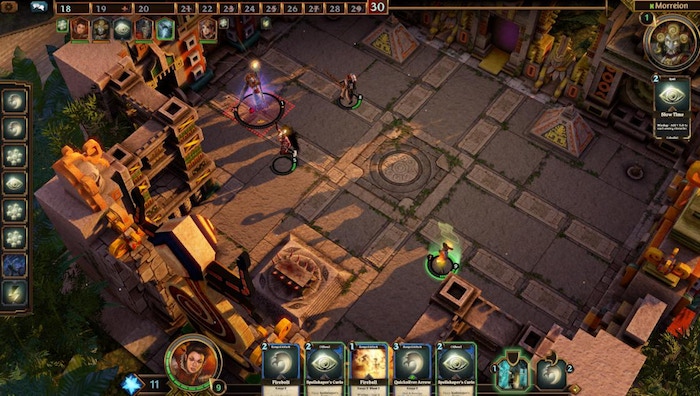 Over the last 2 weeks we worked on the tasks below in addition to getting this update released.