It's been a while, but development has continued, let's catch up with the latest updates! (Part 1)

Sorry for the lack of news, we've been working overtime preparing for a BETA release, which is coming very soon (within the week). However, we've got some catching up to do! We'll be posting lots of new content over the next few days, let's start with Andrew's latest programming blog (there's been one a week since early December, but for space sake, I'm only posting the latest):


I'd also like to take the time to finish the list of updates that were added over the Christmas/New Year period:

Update #7: Editor Update part 1. You can now control enemies in the editor. And an added bonus, updates to respawn conditions when you die.

Update #8: "Lego" Platforms. An entire level worth of platforms can now be added in a matter of minutes. Using some sort of smart selection

Update #9: Combat Upgrades. You can now charge your ranged attack, and will no longer be able to shoot through platforms.

Update #10: Editor Part 3 - Handles have been upgraded for easier positioning of moving beams, but also to allow the rotation of objects

Update #11: The Shield. Updates to the shield have been made, including a knock-back effect on explosions and attacks. Handy for long gaps?

Update #12: Bug fixing. What an anti-climax. Here we were thinking it'd be something awesome. But it's just bug fixing... (and a lot more of that has happened since then too) 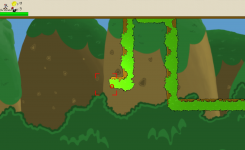 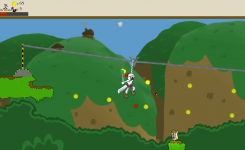