A lot of things has happened in the last months!

First of all, While we were starting to implement new ideas and improvements for the game, We've received the great news that Stratega has been Greenlit on Steam! After that, Raul Porro and Lia Ark has joined the team to improve the visual quality of the game.

We have changed the visual look of the game and decided to make it 3D, you can see in the following images the concept and the final 3D model of the CORE (previously called HIVE) with texture. 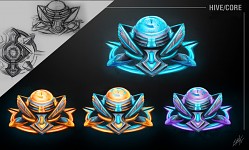 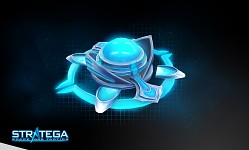 From now on we will do our best to keep you updated.