Check out the trailer below to see what it's all about.

The game takes place at some undisclosed point in the future when, with the Earth’s resources all but consumed, humanity has taken to the stars to seek out new riches across the galaxy.

Of course, humanity hasn’t left the Earth in a single cohesive, peaceful society – that would be too simple. They have descended into a set of nomadic tribes who scavenge for and battle over the precious resources contained within the asteroids.

OK so nothing ground-breaking so far, but here’s the twist. In classic science fiction, spaceships have fixed weapons but can manoeuvre through space in order to attack their enemies from different angles. In Ionage, the battles occur between giant, floating, static weapon platforms, each with the ability to build and recycle weaponry as well as extend in different directions to find that weak point in their enemy’s defences. 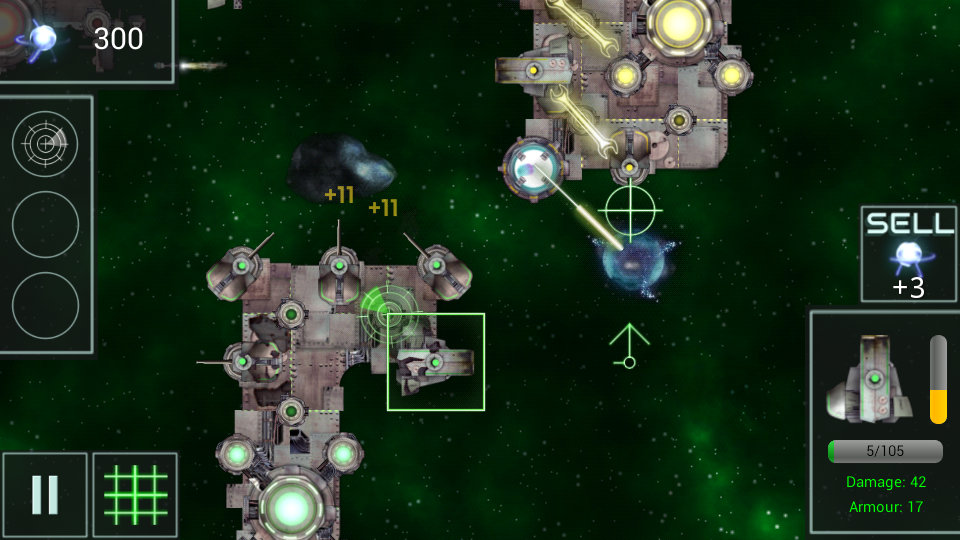 The player takes the role of the leader of the last remaining tribe on Earth, The Dakota. It’s your job to lead your tribe and its fleet of gun-bristling space platforms across the galaxy in search of new technology and conquest.

The levels are connected by a branching starmap which is divided into 4 clusters, which group the levels together into chapters. Each chapter has a theme and a specific story that plays out as you progress through it.

As you explore the starmap you’ll come across technology which you can unlock to increase your power and strategic options in battle. Upgrades provide bonuses to the weapons you use in battle. However you can only equip a limited number so part of the strategy involved is choosing which upgrades will be most effective against which opponents. Similarly you can recruit specialists for your team which are dynamic units that can be deployed around your platform to buff the surrounding weapons. 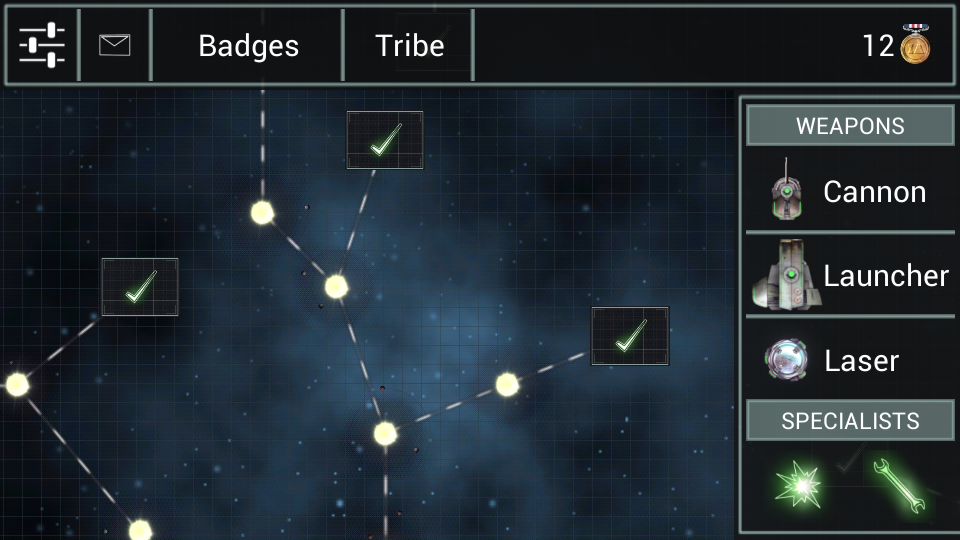 The game spans an impressive 40 levels which Twice Circled’s sole owner and developer, Tim Wicksteed, reports is a 8-12 hour campaign. “I’m proud of the variety of levels in there, there’s even battles involving 4 platforms all battling at the same time – it can get pretty intense!”. The game also includes optional secondary missions on each level as well as a hardcore mode for the true fans to sink their teeth into after completing the campaign.

Despite the lengthy campaign there are apparently “a lot of additional features planned for post-launch”. When pressed, the developer revealed “There’s a whole set of upgrades and levels that I have planned as a new campaign and I would love to do a multiplayer version. It really depends on the level of interest and the reaction from the community.”

The game’s self-confessed stand-out selling point is its “adaptive AI”. Apparently no two battles are the same as the AI adapts to even most insignificant move by the player. “Even early on in the development process I was shocked at how unpredictable I found the AI” says the game’s developer, “I was thinking, I don’t remember teaching you to do that!”.

The game has been in public Alpha since the beginning of the year and has “come on leaps and bounds” since adopting feedback from playtesters. It was showcased at the alternative indie gaming conference EToo at London’s Loading Bar in June where the game was received well by the public and developers alike.

The game is out now and is available exclusively on Google Play in the UK, USA, Canada, Australia, New Zealand and Ireland with localised versions of the game to come to other countries over the following weeks.

Ionage is free to play so if you are an Android gamer and you like your strategy games then don't hesitate to get it on Google Play.

Phones are phones. Not gaming platforms.
Never owned a "smart" phone, never will.

Wow....I honestly didn't expect that.
I thought you were referring to the fact that this is an Android exclusive and, given how most of the games are iOS exclusives, you were angry about that.

Glad to see that this is not the rant of an iOS fanboy, just the "normal" type of ignorance.

Lets see shall we?
"smart" phones have a small screen, a liability to break, imprecise controls and a lack of general usefulness.

Did I mention they are impossible to fix?

Your average computer is an all round, affordable and practical choice.
Why? Because it allows you to do a vast amount of things, on one machine and it is entirely up to the user with what they wish to do.
Your are not restricted by rampart, impossible to modify operating environments such as "Android" or "iOS".
And you are free to do whatever you wish, so you could have
an "office" environment a "development" environment and a "gaming" environment, all in one instance.

So no, I do not "play" EXCLUSIVELY on a console, all I have to do is just switch on my computer and the choice is mine.

Tim - creator of Ionage here. I'm glad you liked the look of the game. I'd like to bring it to other platforms actually so it's cool that a PC gamer like yourself is interested :)