Steam Marines v0.6.8a is out with Tactical Hijinks and more UI Improvements!

Please remember to head on down to Steam Greenlight and vote if you enjoy Steam Marines!

This version of Steam Marines is brought to you by the sleepless confines of a bum's brain. In short there is more emphasis no the tactical side of core gameplay. Health points damage have been streamlined to be more mechanically obvious and more in line with the way action points are dealt with. Brutes can pack a surprise in the form of variants that can mash you flatter than a pancake. Not all weapons spawn with special prefixes - no more frozen spamming for you!

But the biggest tactical change is: RANGE 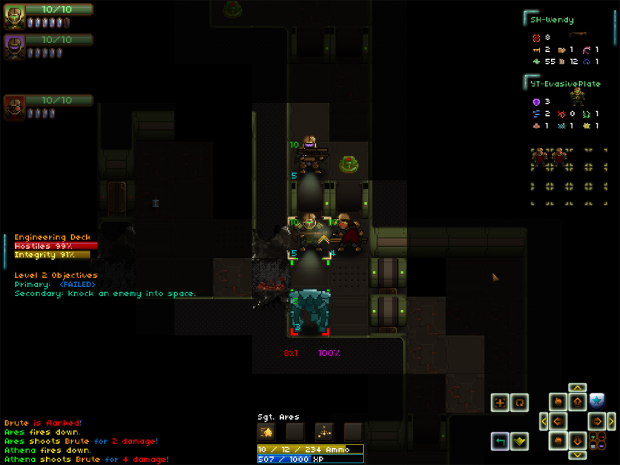 Range is now a dual purpose stat on weapons. It still dictates the farthest you are able to shoot at targets, but it also grants 100% chance to hit if the target is at maximum range. To compensate, monsters have had their evasion stats activated, and weapon accuracy stats have been lowered. Prepare to move around a lot more and get ready for more enemies coming in the next few builds!

People who like clicking buttons instead of using the keyboard will also be happy to know that additional buttons have been added to fire, reload, end the turn, and access squad promotions: 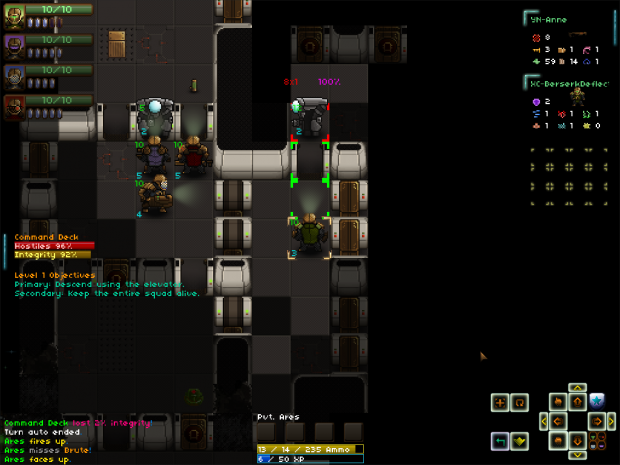 And of course, the full changelog:

the new version really plays nice :) Perfect for this evening.

Glad I could make your evening better ^_^

Great new release, I hope to spend some quality time with this update soon :)