This is a big update. Lots of code changes. Hopefully nothing game breaking. You can now edit your squad members' names, genders, and classes on new game. This build does not have the recruitment system turned on yet - still working on that!

Almost all game data now persists in save file so you can pick up exactly where you left off between sessions. Sound effects and music were updated (I hope to get feedback from the new ambient loop in particular) and a bunch of small balance/bug fixes were worked on to boot. 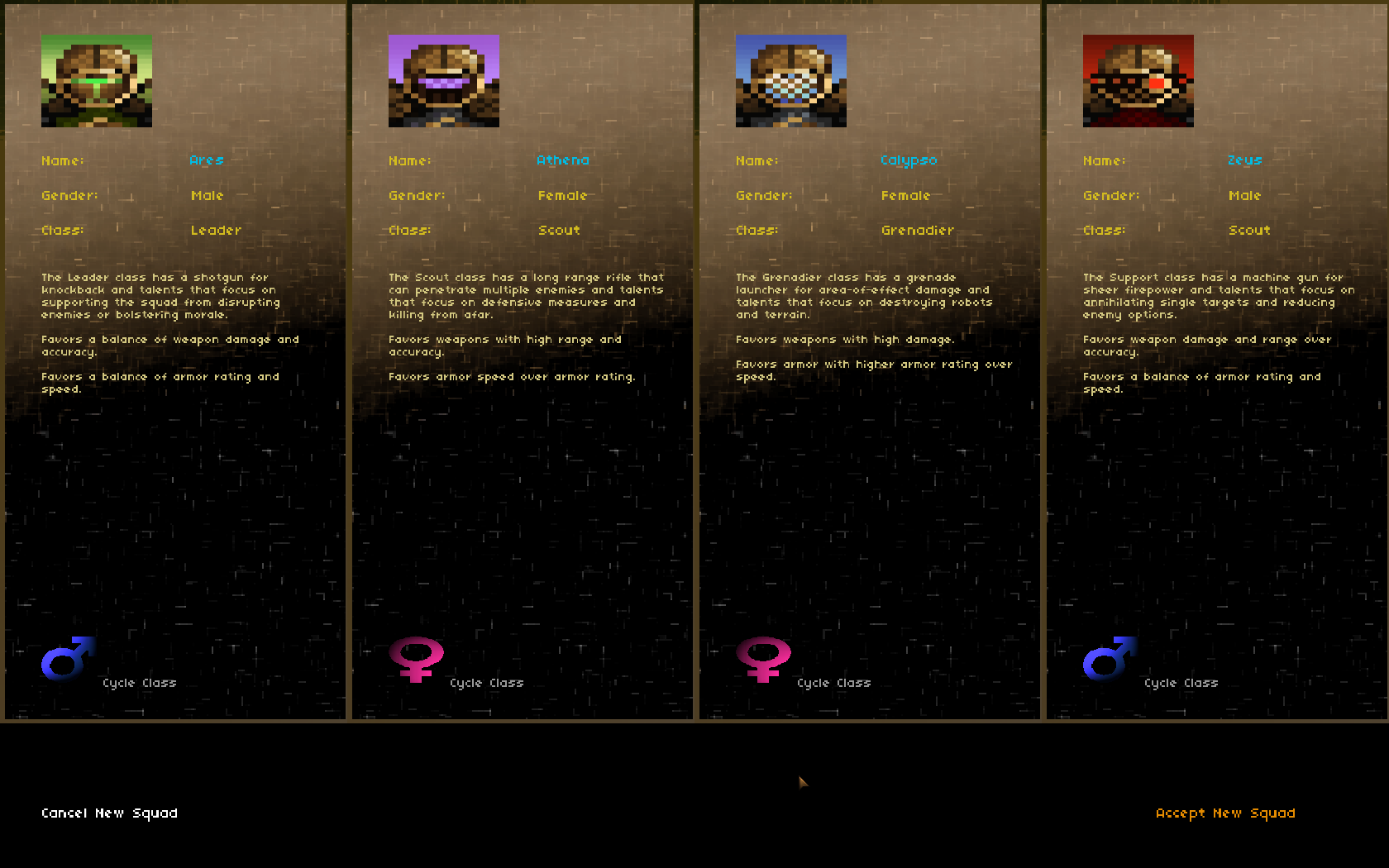 Just found this game and it looks awesome!
Downloading now and I will play it as soon I'm done with my days work. :)

Thanks! Hope you enjoy it :) It's also on Steam Greenlight:
Steamcommunity.com

After some time with the game I can say this game really is awesome! I will definitely play it some more over the next few days.

Only real complain are the controls: The whole game builds on key short cuts, which is fine as secondary control. But a good UI would really help in the beginning at least.

Your key only approach could scare off alot of potential players :)

Everything else is great! Also love the art style: Simple but creates a great atmosphere. Concrats at you artist :)

People have been mentioning the movement controls to me recently as a source of accidental problems. I'll be looking into a more visual solution in a future build.

I'm sure my artist will be happy to know you enjoyed his work :)