This week we added Steam Achievements for Robocraft! We’ve added 43 different achievements that can be unlocked through regular play of Robocraft. Please note that achievements can only be unlocked if you’re running the game through the Steam Client and not the Robocraft Client. 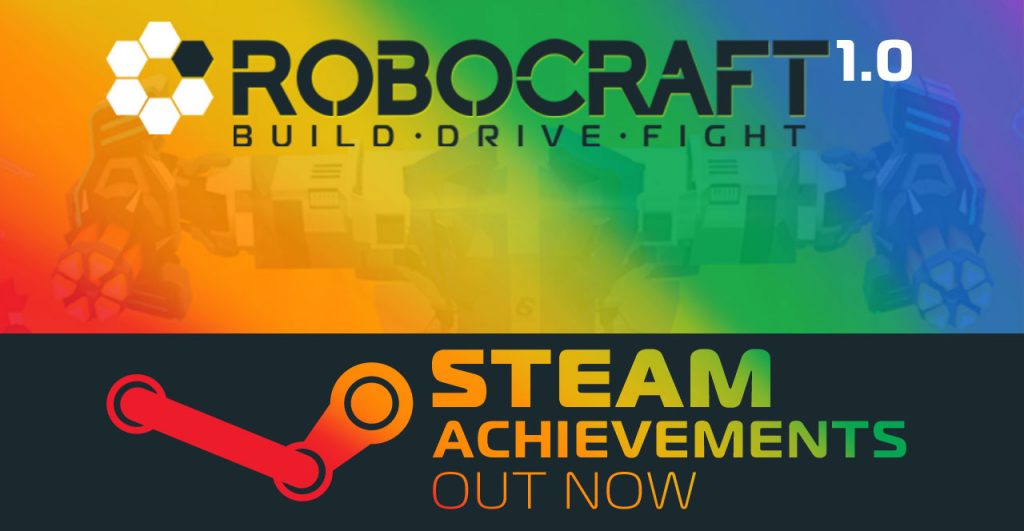 The Hunt Is On

Achievement noun: "a thing done successfully with effort, skill, or courage." We know from chatting with many of our players that some of you feel that Robocraft lacks a sense of achievement outside of seeing your username at the top of the end-of-battle leaderboard or the unlocking of a Protonium League badge. Well, this week we added Steam Achievements for Robocraft! We've added 43 different achievements that can be unlocked through regular play of Robocraft. Please note that achievements can only be unlocked if you're running the game through the Steam Client and not the Robocraft Client. Want to know what achievements you can unlock? Check out the full list below.

Please note that some player activity data has been set at zero. This means that if you've completed the tutorial in the past, you'll need to complete it again to unlock the "I Got This" achievement. The only exceptions to this are the League Achievements; if you're already at Diamond League, you'll automatically receive the Bronze, Silver, Gold and Diamond League achievements after you've completed a League match. We've also made a couple of balance changes and fixed some bugs too, you'll find all of these below.

Note: We will be resetting individual part inventory levels to the correct amounts on any player accounts that have used the exploit. When we do this, we will also refund the amount of robits spent forging any removed parts