A long overdue status update, talking about things like procedural generation, multiplayer, and AI in Rebirth.

I apologize for the lack of updates. I've been managing a lot of things in RL related to work and in my spare time I've been completely dedicated to working on the game. As such I know full well I've been slacking on my PR duties and for that I'm sorry. I know a lot of folks are very enthusiastic about the game (which makes me super happy!) and the wait can be tedious with no new media for a while. 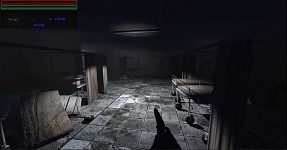 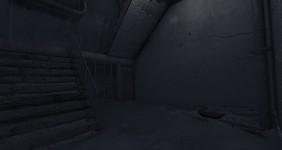 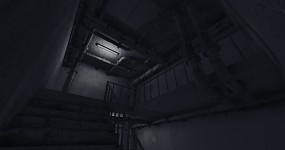 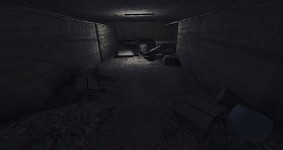 We've been hard at work on our first interior level. This interior level will serve to showcase the procedural building generation which randomly generates a level for you each playthrough. (still gotta make it so that each time you enter it doesn't create a whole new building...) These interior levels can have multiple floors randomly generated thus opening up a lot of potential gameplay possibilities (and a lot of headaches for me, heh)

I've been keeping busy programming enemy AI, horror event systems (for level design), shaders for nicer visual effects, pathfinding, a new FPS camera (I'm still not 100% happy with it but its a work in progress) as well as transitioning from exterior to interior and loading new levels.

Currently enemy AI has actual senses. They can see and hear you. They have a line of sight. If you throw a rock, or shoot a weapon, they will go check out the area where the noise was made (not just run straight towards your location like in other games). My goal is to make stealth and playing smart a viable option (and sometimes it may be your only option...). I'm continuing to work on the AI as new enemies are introduced, so I expect it will continue to get better over time :-)

About levels and gameplay

Currently the game is planned to function sort of like STALKER, where the world is divided into areas that are interconnected. I really would have wanted to have a big seamless world, but I just don't have the resources to do it :-/ I think this approach however is still going to be ok for our purposes. I'm trying my best to get a bunch of systems done and ready for gameplay so we can start getting the game out to a few folks for pre-alpha testing. There's a lot of content that will need to be added and still a bunch of missing features I'd like to have for the final thing. This is likely to be a long term project for me, with more features added after release and perhaps new areas connected to the existing ones. Who knows! We'll see where things end up going!

I have some really cool ideas for making multiplayer unique but currently as I mentioned in the description, its at the bottom of the list sadly, until I can get all the gameplay systems up and running and get a proper alpha going that people can playtest. Once alpha is done, I plan to see how things are looking for us financially and maybe see if I can get some help on the coding side of things. Adding the multiplayer will be a lot of work since there's a lot of different systems that interact with each other in the game and while I'm sure that given time I could do it all myself as well, it might be nice to have an extra hand working on it to speed things up.