It's been a while since I'm posted an overall status update.

I wanted to update you guys on what's been going on with the mod. Attila is around the corner, and given the announcement of the Assembly Kit for Attila, I am in high spirits overall following that. We will be able to port over for sure now and then some. The biggest concern was the format being the same. I'm pretty sure it is but if the format is different then all that happens is we will be delayed by two months til April but that is highly unlikely. Plus we should be able to bring in new more Medieval cities and such too. It's certainly better than no tools at all at least. 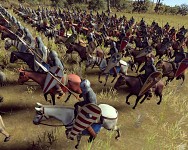 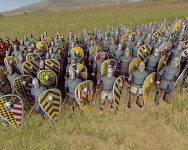 In other news I have been expanding Scotland and Venice's rosters to include later era stuff. I am done with Scotland and two thirds done with Venice, expect screens within the next few days. The units I've added are very much Medieval 2 inspired but I think you guys will like it. Also I took down the picture of the planned campaign map since that was before I took over the mod team from Idreaus and that was part of his idea and does not represent what we plan now. I didn't realize that pic was still there and was getting a backlash from it. 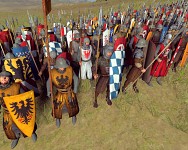 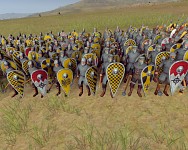 So after Venice is finished I'm going to expand Castile's roster somewhat and revamp Poland and Hungary's Knights and give them Squires and Castellans just to give them some love. Also I plan to give some Italian units to the Latin Empire to bolster them as well. I'm also going to change the name of this mod to just Medieval Kingdoms Total War, omitting the 1212 AD part. This was also causing confusion among some people because of the starting year wasn't matching the depictions of later era units I was showing.

Anyway if all goes well then all those things would be done by the time Attila comes out. Since I will be checking that out on release and as such want to focus strictly on Attila that day. Okay guys, that's all for now!

u have ur work cut out for u ,this mod may convince me to buy the game

Awesome work. Can't wait for the port over :)

I hope you will create a campaign too

Uh, who added those screenshots to the article? That was not my doing, but hey.

is the mod dead ?