The few hours I’ve been able to work today, I tried getting SMP Health as complete as possible. It will be released early next week. Also, we finally got settled in the office today! Five desks have been assembled, and two PCs and one MacBook are all plugged in and good to go. Right now, it’s me, Jakob and Daniel, but on December 1, Jeb and Junkboy are joining us.

The few hours I've been able to work today, I tried getting SMP Health as complete as possible. It will be released early next week.


The “attack entities” code is done on a general level, so you can hurt animals, monsters, boats, carts and even other players.

There are a couple of other tweaks in the next update as well:

Also, We finally got settled in the office today! Five desks have been assembled, and two PCs and one MacBook are all plugged in and good to go. Right now, it's me, Jakob and Daniel, but on December 1, Jeb and Junkboy are joining us.

I asked if Jeb wanted to introduce himself, and here's what he wrote: 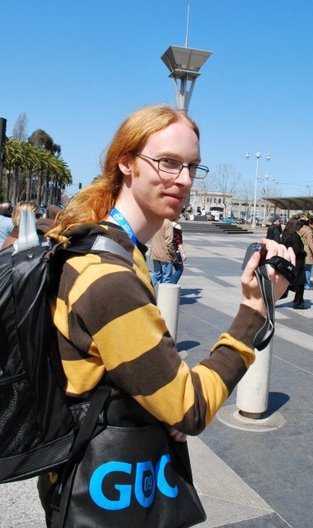 It's about time I let you know who the eff I am, and what I will be doing at Mojang. My name is Jens Bergensten, but I also listen to my internet alias “jeb.” Before jeb I was “Khaile,” until I grew tired of people calling me “Kylie” :)

I've been a game developer almost all my life, started with SBASIC (I think, I really had no idea what I was doing) and moved on to QBASIC making smaller Pong-like and role-playing games. The highlight of my QBASIC career was when I made a multiplication table training app for my math teacher, which would get a stack trace overflow if you used it for too long. From there I moved on to Turbo Pascal and later Borland C++, which is when I finally started to understand what I was doing, rather than trial-and-error.

After a failed attempt at higher studies, I got a job in Stockholm for a company called Korkeken, which went bankrupt and turned into Oblivion Entertainment. I worked there as a C++ programmer for two years, but most projects were cancelled before release. I did some minor work on “Knights of the Temple” by Starbreeze, and attempted to help in the development of the worst role-playing game ever conceived (“Valhalla Chronicles”).

During my spare time at Korkeken/Oblivion I started an online role-playing game called “Whispers in Akarra.” It peaked at about 2000 registered users and 110 simultaneously connected players. I quit working on it when I grew bored of balance issues and the ever-growing bickering of the community.

As a beneficial side-effect of that project I met two super-awesome artists, Daniel Brynolf (thewreck) and Pontus Hammarber (Kinten). With them I would later form a game company called Oxeye Game Studio.

When Oblivion ran out of money I had to figure out what to do with my life and decided that I wanted to go back to school. I moved to Malmö and started a master's degree in computer science, which I finished 2008. Oxeye was formed during this time, and we created two commercial titles, “The Strategist” (no longer available) and “Harvest: Massive Encounter”
(now on Steam). Oxeye is currently working on a platform game called “Cobalt,” but my part in that project is mainly to help with planning and sort out engine-related problems.

One objective of Oxeye was to improve “Whispers in Akarra” as a game called “Dawn of Daria.” The massive scope of the project, and real-life problems, would unfortunately spell its doom. Since I needed money to survive I ended up as an IT consultant at a company called Cybercom, and later as a server back-end programmer at Planeto, where I still work for another couple of days.

Now I'm looking forward to work with Mojang as a server programmer, and hopefully I will get the chance to help improving Minecraft as well :) Server programming is mainly about writing Spring configurations and data access objects anyway ;)

What makes this especially great, in my opinion, is that I get a chance to reconnect with the indie game development community. I've tried my best to stay in touch by visiting jams and co-organizing No More Sweden, but Mojang will be in the centre of it all!

About me as a person, my favourite games are “Starcraft,” “Doom 2,” “Lands of Lore” and “Portal.” Favourite movies are “Se7en,” “Dark Chrystal” and “Blade Runner.” When it comes to music I’m into electronica, EBM and industry, as in my house-cooling Spotify playlist: Open.spotify.com (requires Spotify).

As a departure favour to my current employer, here's a Minecraft quiz you can play in Planeto :D

Health is awesome, but the ability to break blocks would be more awesome.

It's not started yet, but it's stated to be in the next release.