It has only been 2 weeks since the last update but there's no reason not to release another! Say hello to v0052a where a huge amount of bugs have been fixed! But how would this change Starsss? Well...

It has only been 2 weeks since the last update but there's no reason not to release another! Say hello to v0052a where a huge amount of bugs have been fixed! But how would this change Starsss? Well... 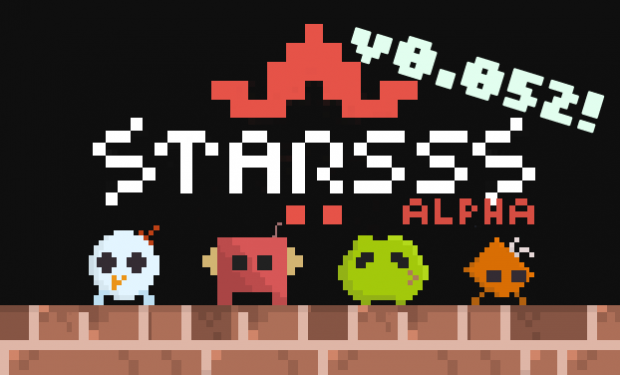 Getting Stuck? No Thanks!
For starters, you now get a fair chance at fighting Big Teeth, the first boss of Starsss. Instead of getting stuck in a tile when he does the earthquake jump, now you just get stunned (and damaged).

It was also possible for you to get stuck after using Beat's special skill. Luckily, this has also been fixed as now you'll just end up at where the enemy was.

Death Upon Appearing?
In previous versions, it is possible for you to die upon appearing on the next stage. This is caused by enemies falling off onto you, from platforms above where you start the stage in. To prevent that from happening, enemies now spawn closer to the center of platforms instead of on the edges.

Character Selection Box?
While this isn't really a game-breaking bug, sometimes when you return to the character selection menu, you don't end up within the white selection box.It doesn't really affect the game that much gameplay-wise but visually, it just seems out of place. So with v0.052a, you will now be in the white box no matter what.

Stars In Different Colors?
Besides bugs, there are also a few gameplay changes in this new update. Firstly, stars now come in different colors! 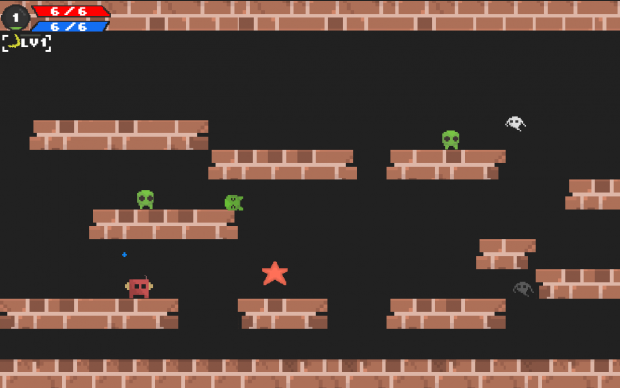 This is to help you identify what ability a particular star carries with it. So if you are not in the mood for fireball, avoid the red star.

More Health!
Health orbs are a rarity in Starsss. While the game balance must not be upset by making them dropping too often, it helps when your health is extremely low.

So with v0.052a, health orbs have a higher chance of dropping when your health gets super low!