What does it feel like to venture to a new world? What will you find there? Remember when the Metal World was announced for Starsss? Well it's time to populate it with new enemies!

What does it feel like to venture to a new world? What will you find there? Remember when the Metal World was announced for Starsss? Well it's time to populate it with new enemies! 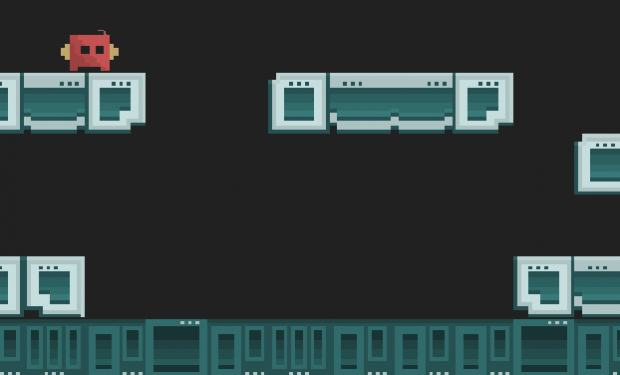 As the third world which you will journey to, the Metal World isn't as friendly as either the Brick/Ice Worlds. It is only right if the Metal World poses more of a challenge as compared to them.

To achieve that, enemies of the Metal World have to not only have the behaviors of enemies from the Brick/Ice Worlds, but also sport additional intelligence to stand your star-chasing adventure. So let's start with introducing the Metal World's first enemy that you might see - the Metal Drone!

The Metal Drone looks like the most basic robot that you could see, only that it isn't as friendly as it seems. If you are in it's line of vision, expect to eat multiple bullets at once.

And if you want to sneak up behind it for a surprise attack, think again.

It will detect that it is under attack (from you), and response swiftly with its bullets. In addition to attacking, it also moves randomly. If you try to predict where it will head for, you will be in for a surprise.

So what do you think of the Metal Drone? Does it seem too intelligent to you? Or do you think that it could be made more challenging instead?

Stay tuned for the next update about the new enemies that are constantly being added to the Metal World!
And if you haven't tried the latest update (v0.051 Alpha) yet, be sure to give it a go!

Lastly, here's today's behind-the-scenes game development! Check it out for a sneak peek into the next enemy of the Metal World! Cheers!