Happy New Year! As a gift, the Stargate: War Begins team is bringing You a patch with some brand new stuff you will definitely like!

Posted by SoulAssassino on Jan 2nd, 2009

As a new years gift, we're bringing you a little patch with some big content!

To make your Stargate Experience one step closer to "full", we're adding a Work In Progress version of the Wraith Hiveship! So load in those drones and charge up those Asgard Beams, because this baby will need everything you can throw at it! 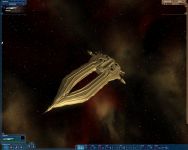 And here are some good news for all you people who still don't like those pesky replicators eating up your engines and weapon systems, the Asgard dropped in and delivered their new deluxe bugspray Anti-Replicator satellite! 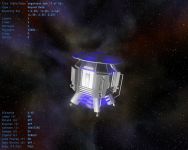 You don't like to go for walks on the other side of the Gate? Or just simply don't trust the "friendly" natives of the week? Then take a ride in the brand new V2.0 PuddleJumper, and show them you mean business! 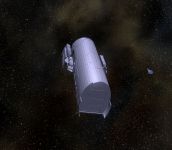 Do you need something different beside random battles with Nexus Skirmisher? Then launch the Fifth episode of our prequel campaign, which takes the Achilles to Midway station to fetch some leftower Ancient tech, but some surprises await them where they least expect it!

Unfortunately because of some nasty technical issues, we had to use an older version of the Achilles mesh, so just imagine that it's fully overgrown by wraith hull. We will fix this as soon as possible!

And as a bonus, we have added thirteen new songs from original Stargate soundtracks, to make the Stargate Feeling complete, not to mention that we have fixed many bugs with the previous missions, and some problems with the Midway station model, and updated the Anciend Battleship, making it more detailed!

If you enjoy playing our mod, don't forget to vote for us at the MOTY 2008 Awards!

Download the New Patch or the Updated Beta Here!

Yep, excellent work on this one. Looking forward to the upcomming updates