Post news RSS Star Traders community challenges are back with the November "Away Team" challenge!

We're kicking off a new run of brand new community challenges for you! This one’s for the explorers, the wilderness seekers, our Captains whose journeys through the void are to seek out strange, new worlds… and see what valuables might be hiding on them. 😁

Posted by TreseBrothers on Nov 6th, 2020 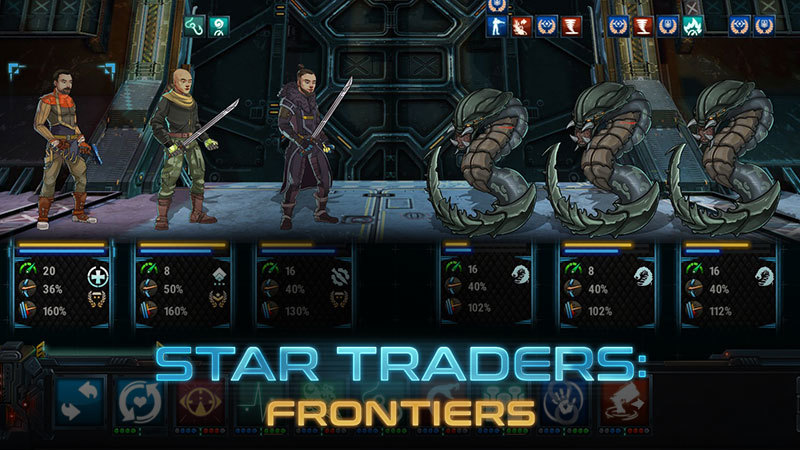 We're kicking off a new run of brand new community challenges for you! This one’s for the explorers, the wilderness seekers, our Captains whose journeys through the void are to seek out strange, new worlds… and see what valuables might be hiding on them. 😁

Choose an “away team” of 3 crew members -- it can include your captain or officers but must include at least one regular crew member. No other crew members may have more Exploring card game Talents than any member of your away team trio at any time. This includes both Talents that remove or replace risk cards and Talents that passively increase Explorer rewards. We want to see who can explore the most while keeping the same consistent away team alive and kicking.

Away Team of Only 3
Whenever you encounter a crew combat while Exploring, you must include your entire 3 character Away Team in the battle, regardless of their condition. The fourth position in your combat squad is yours to fill as you see fit and is not a member of the Away Team This 4th character is completely up to you, does not need to be the same character between fights, can be crew/officer/captain and does not need to have any Explorer Talents. If you encounter a combat outside of Exploring, you can send anyone to the fight you want and have no requirement to use the Away Team but you may chose to do so. 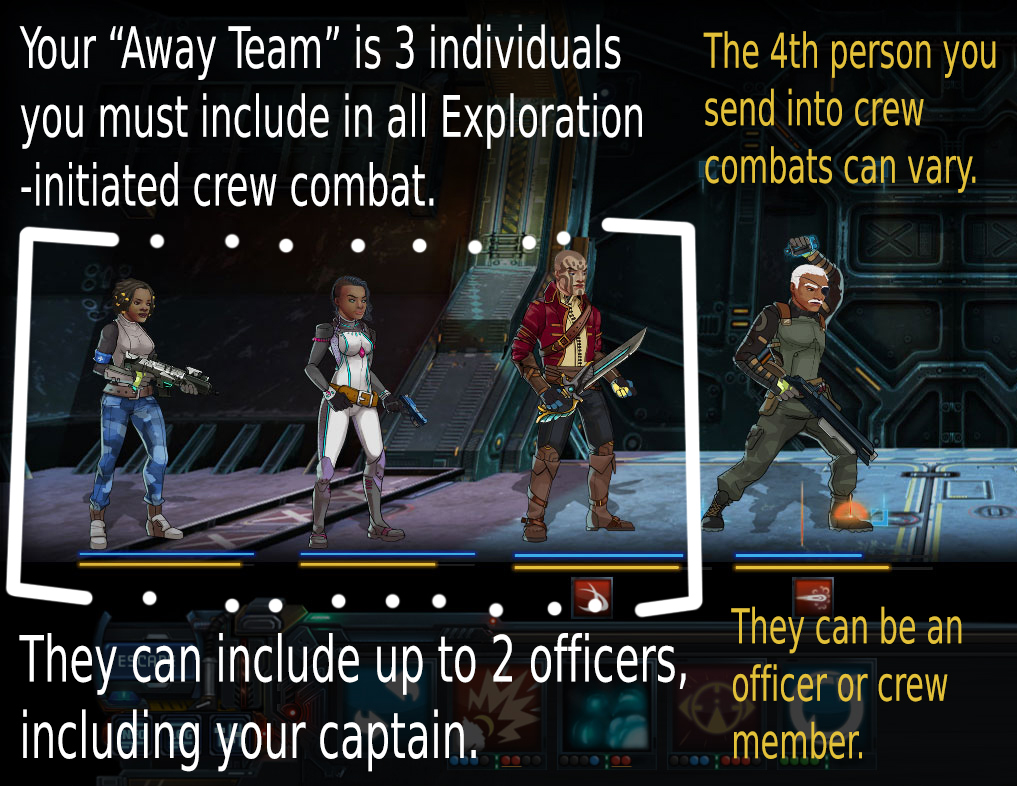 Ends if Away Team Member Dies
If you lose a member of your away team, your run has ended. Regardless of how your Away Team member dies -- killed in an Explorer combat, killed in a non-Explorer combat, dead by torpedo, lost in an airlock accident -- at that time, use the scoring rules shown here to total your score. However, after totaling your score you may start a second run of the challenge by selecting a new away team from your crew. For your second run, select a new away team of 3, but:

The second run scores just like the first except that your second score only includes points earned after you’ve formed your second away team. If your second run ends with an away team member death, you may start further subsequent runs with the same rules and scoring requirements.

The rule requiring that no other crew member has more Exploring Talents that any member of your away team increases the difficulty of the challenge. You must build an away team who is both skilled in crew combat as well as exploring. Or you can run light on Exploring Talents on the away team but that means the entire crew has to run light.

Points awarded for:
1 point per exploration expeditions without losing an away team member (running the explorer card game, not explorer-based combats)
5 points per Scientific Intel sold to contacts
20 points each for up to 3 wilderness zones you include in your report, with at least three sentences about your adventures on the surface

Bonus points:
+0.25x points per difficulty level above basic
2x points for surviving 100 crew battles started from exploration
1.5x points for including a Scientist Captain in the away team

Screenshots:
At the start and end of a run, the required screenshots are of:
Ship Status > Captains Log > Stats showing the “Traveling Far” section which includes exploration count and crew combats from exploration
Your away team members at the start of the run, any survivors at the end of the run.

Tasteful black-and-white “in memoriam” screenshots / memes of any dead members are optional.

Winners will receive internet fame and leaderboard-backed bragging rights, but honorable mentions await those who display creativity and effort as well.

Alright captains, ready your away teams. It’s wild out there, don’t get munched.

To join in on the challenge, discuss the meta, ask questions or post your away team's scores join us on the discussion thread:
Steamcommunity.com

You can also check out some of the awesome community challenges that have been run before: