Command your ship and crew as a space pirate, merchant, bounty hunter, and more in Star Traders: Frontiers – an epic space RPG from Trese Brothers Games. Venture forth into a massive open universe, rich with adventure and the lore of the Star Traders. Choose your path by assembling and commanding your custom crew and spaceship in a constantly evolving galaxy torn by internal strife, political intrigue, and alien threats. Will you fly as a pirate terrorizing shipping lanes, join the solar wars as a military captain, or track targets across the stars as a fearsome bounty hunter?

First there was the Exodus – when survivors of a great war left the ruins of the Galactic Core behind in search of a new home in the stars. Scattered worlds were claimed on the fringe of the galaxy. Each pocket of survivors held on to an isolated set of worlds while trying to rebuild under the great law of Shalun. Three centuries later, technology has brought them back together again. Discovery of the hyperwarp has bridged what was once an unimaginable distance between far-flung colonies, long-lost families, and political factions.

With that reunification has come great economic prosperity. The hyperwarp reestablished the transportation of cargo, goods, and technologies between the quadrants – but it has also brought great strife. Political rivalries have been rekindled, blood has been shed in age-old feuds, and the fires of war have been stoked. Amidst the political infighting, a ruthless revolution is rising – and the fervent explorers of the hyperwarp have awoken something that was better left asleep.

Our original game, Star Traders RPG, took hundreds of thousands of gamers on an interstellar adventure. Star Traders’ success and overwhelmingly positive reception helped to launch Trese Brothers Games. It was the adventures of our community’s star-crossed captains that put us on a trajectory to share more of our worlds, ideas, and dreams.

We set out to capture the loneliness, bravery, and camaraderie of people living together in a spaceship sailing across the stars. It is with great pride that after releasing four other games in the Star Traders universe, we’ve created a sequel to the original Star Traders RPG.

Step onto the bridge of your starship, take to the stars, and create your own story in Star Traders: Frontiers.

When Andrew and I released Star Traders: Frontiers, it was a new pinnacle in the years of work we’d put into the Star Traders games already. We’d delivered on our promises to more than a thousand backers on Kickstarter, gotten recognition from Steam as one of the best games from Early Access that year, and had seen so much fan and new player enthusiasm that we knew we’d be able to keep the game growing for years to come.

Now, we’re coming up on the end of our previously announced roadmap for Star Traders. This is not the end of new content from us for the game by any means, simply the completion of what we’ve already promised to add to the game.

With these last milestones wrapping, we’ve been able to consider what larger-scale changes outside of the scope of the last roadmap we want to give you. Given how much of what we’ve added to the game has been driven by you already, and knowing it’s a small fraction of the ideas, possibilities, and personal passions you all have for the game, we think the choice is an obvious one: we’re going to add mod support to Star Traders: Frontiers. 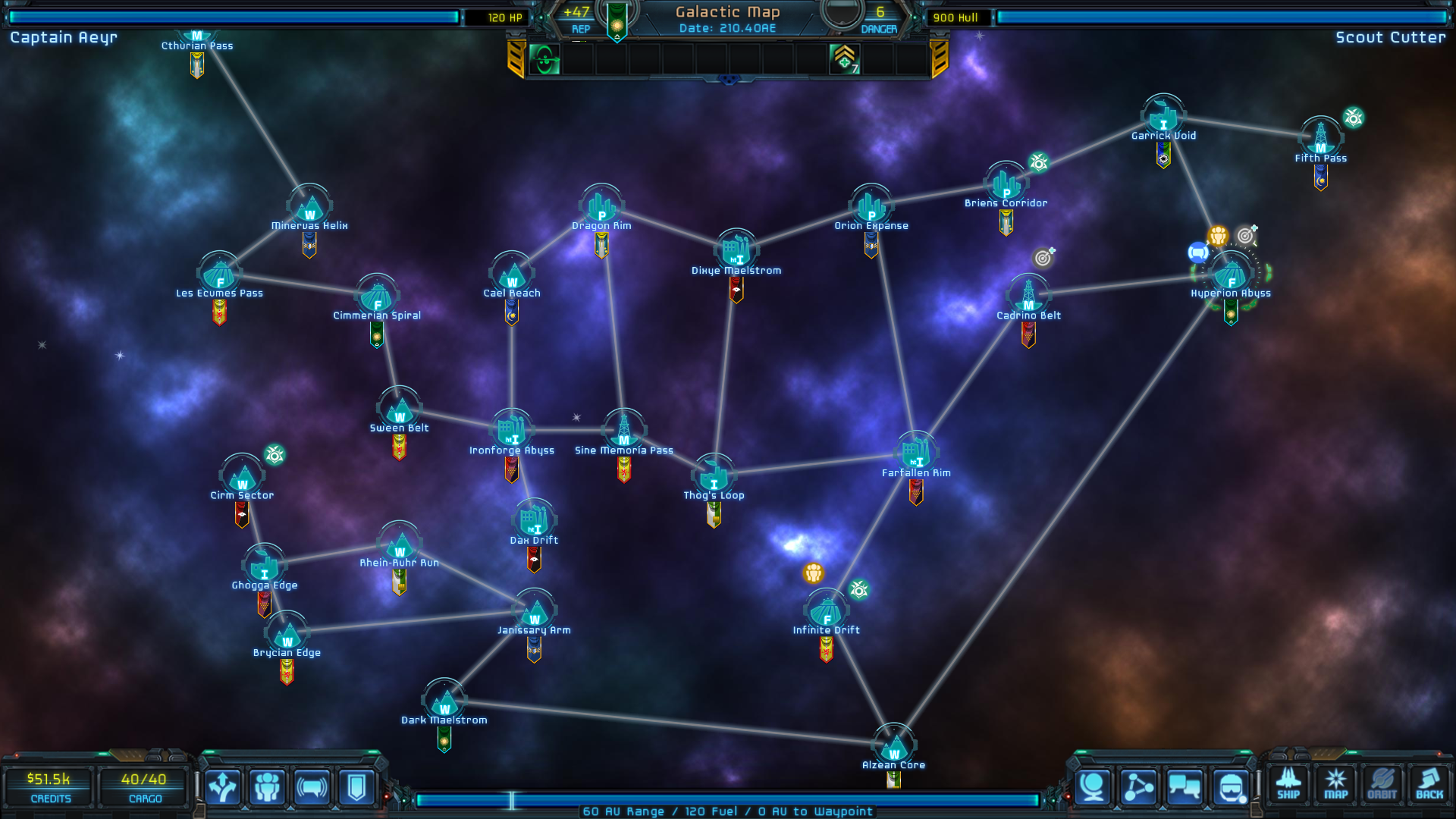 Work has already begun, and we expect to release these tools later this year. If you are a modder who would like to be among the first to get access to our mod creation tools, please fill out this form.

This is a big deal for both Star Traders and Trese Brothers.

As long-time fans of the studio will know, we’ve loved the idea of mod support for quite a while. The challenge has always been having both the development capacity and the playerbase scale to make adding mods viable and worthwhile. As we’ve grown, we felt confident enough to promise we’d add mod support to our next game, Cyber Knights: Flashpoint, since the Kickstarter. With this announcement though, it turns out Star Traders: Frontiers will be the first Trese Brothers game have full-fledged mod support!

One of the things we value most in our games is replayability. As a studio, we would much rather create one game you want to play for the next ten years than sell ten games you’re done with after a few months. It’s an extremely high mark to hit in our novelty-driven world, but we’re excited about the potential for mods to even further extend the lifespan and replayability of these games so many of you are already so passionate about.

We can’t wait to see what you all will create. If you’re a modder, or an artist or a programmer interested in getting into modding, remember to let us know if you’d like to potentially get early access to these tools. For all our players and fans who want to simply stay in the loop, contribute ideas, or let us hear your enthusiasm 🤞 for the news, our Discord community is open to you.

Major Milestone "CARTOGRAPHER" and 50%-off sale

We're celebrating the Autumn Sale and the coming close of the year with a series of big updates! With Update #240, we're rolling out the major milestone...

Update #239 cuts down another major content milestone on our dev roadmap by delivering a heaping mile of new guns, armor and gear. With 22 new high level...

Star Traders community challenges are back with the November "Away Team" challenge!

We're kicking off a new run of brand new community challenges for you! This one’s for the explorers, the wilderness seekers, our Captains whose journeys...