First article for Stage 3: Azaria, our first VR game. Know more about it with gameplay video, screenshots and original soundtrack!

It has been some time since we updated our blog - we've been quite busy with many new things in the studio, but now we're coming back with full force!

With that out of the way, today marks the beginning of our development Diaries for Stage 3: Azaria!

We'll start by telling you more about the game since this is the first time we post an article about it.
In this prequel of Stage 3, you will control Azaria, the most powerful hybrid mage of the realm, as you become the last bastion of defense of the Hereogan's Castle. While you battle for your life and beliefs, you will have to face Eolica's army, composed of skilled warriors and mages.
The Hereogan's Castle will become your battleground : fly, teleport, and stop time if necessary to access strategic places as enemies attack you with complex attack formations.
You can choose between 5 different magic elements to launch powerful spells and try different motions with the controller to cast hidden and unique abilities!

As developers, we are thrilled to share the game's progress with you. Below are some screenshots of the last build of the game we presented locally. All the images and videos we post here are not representative of the final version, but we want to be as transparent as possible while we share our journey with you. 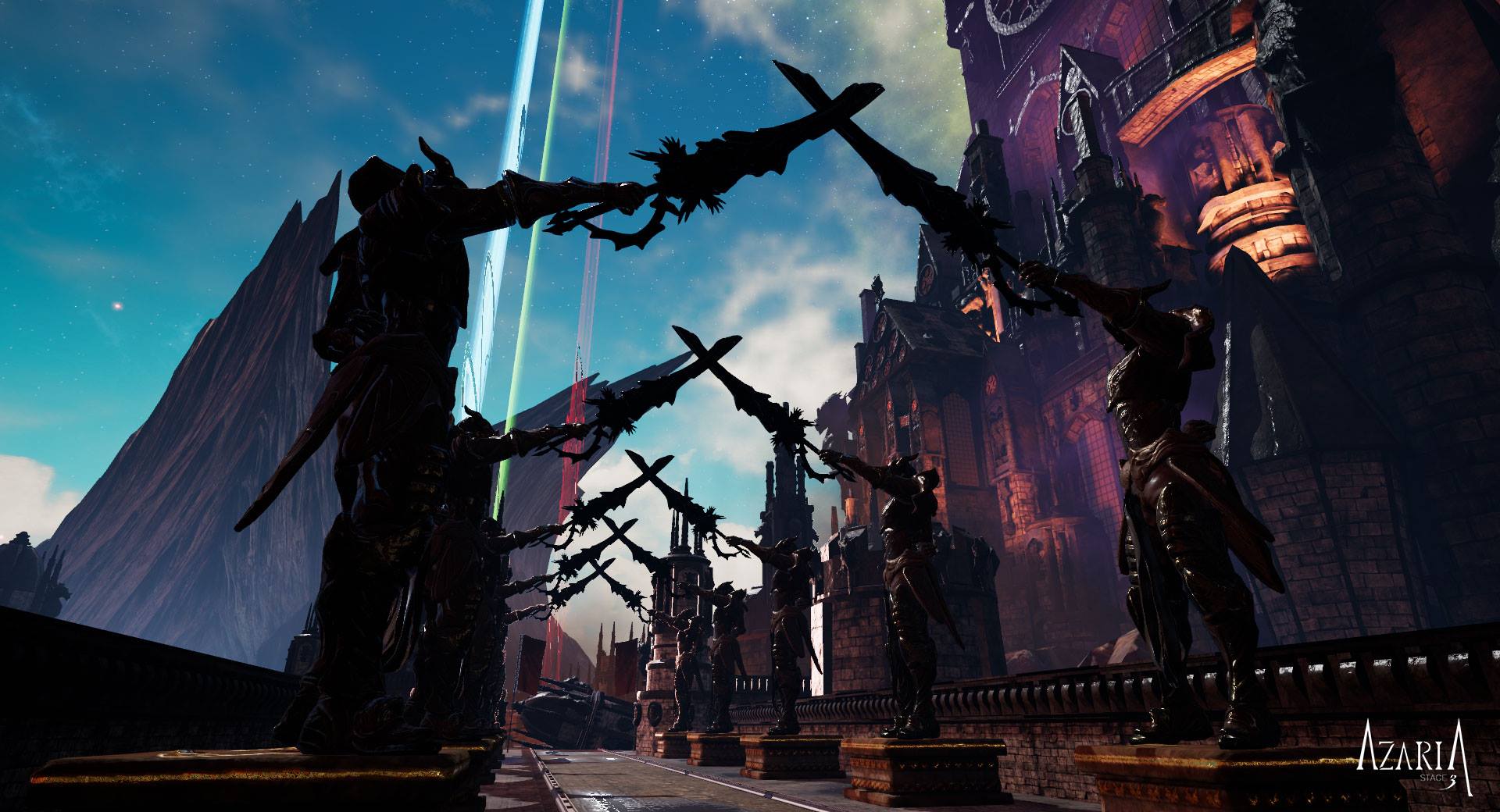 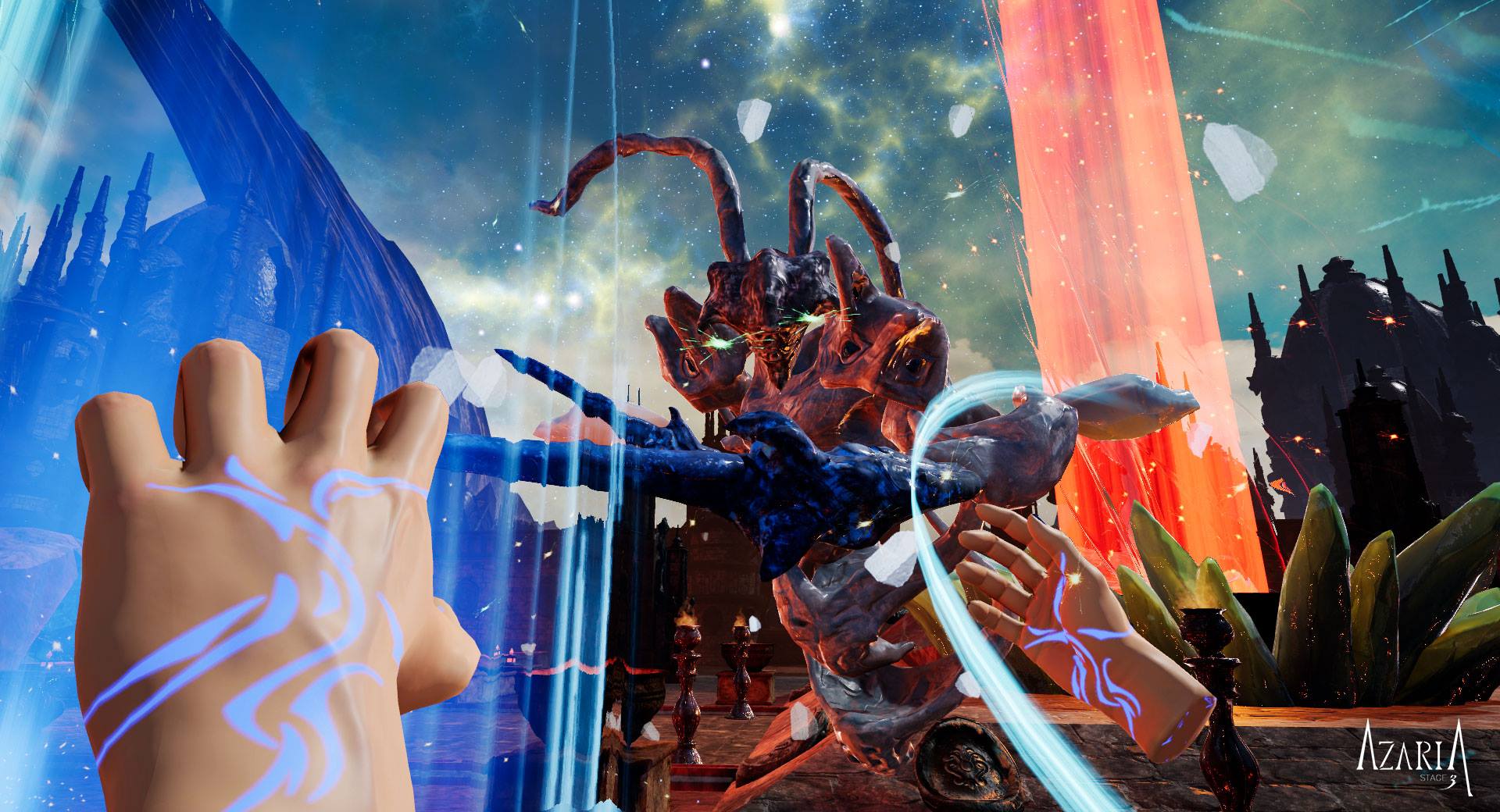 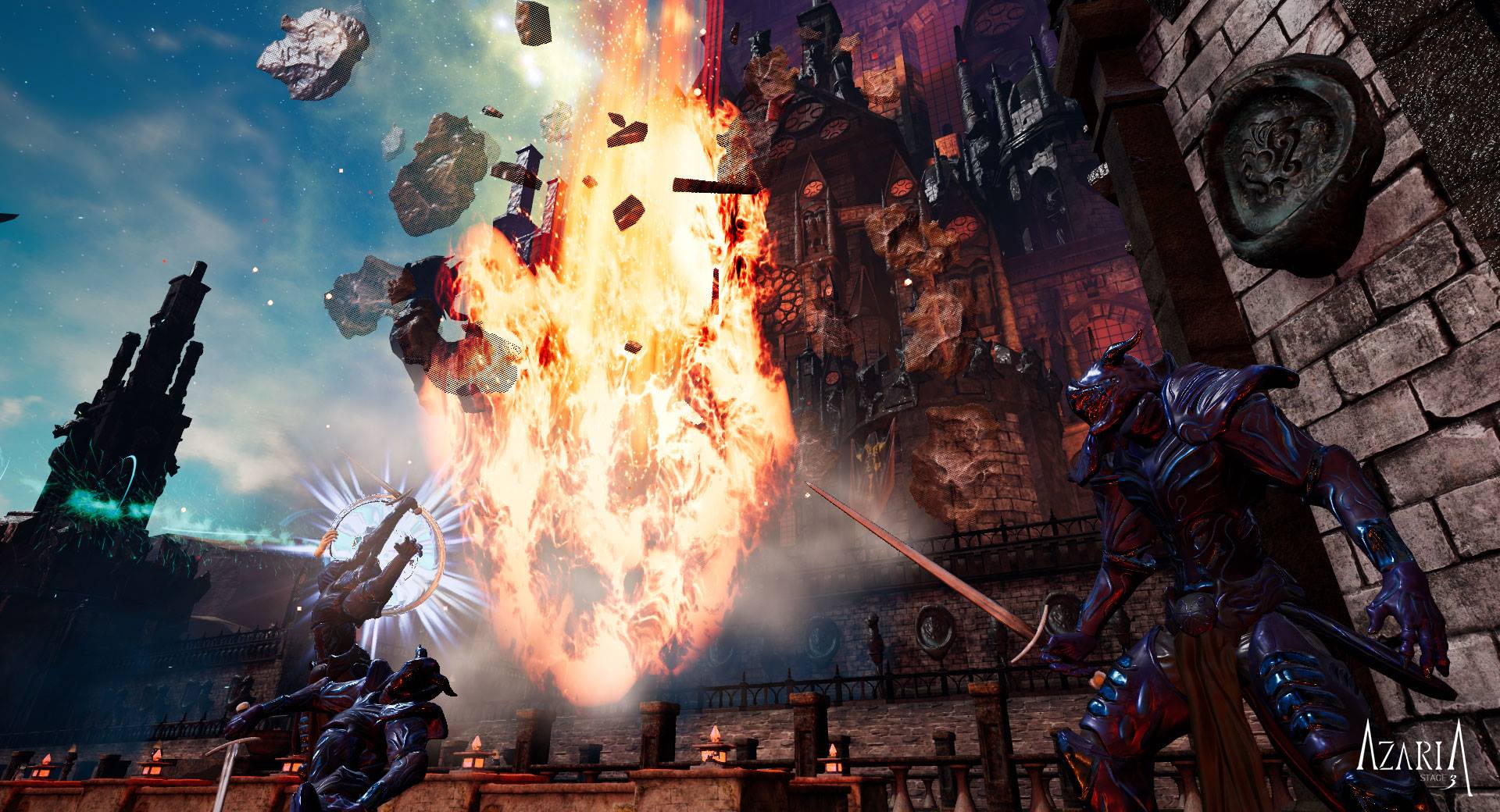 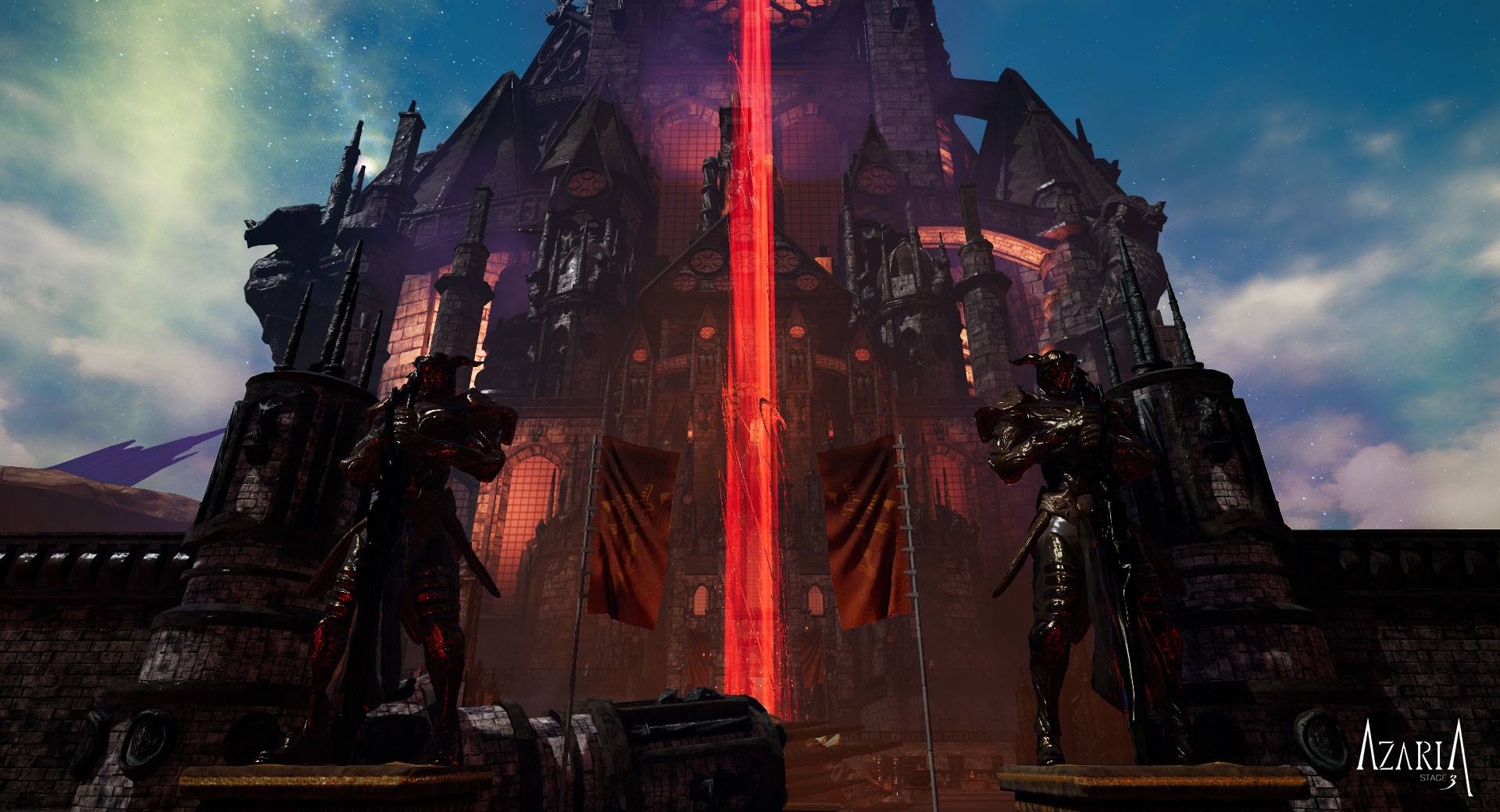 We have tested our game with over 100 different people of all ages, from little children to hardcore gamers and even people who are not used to play games at all. We still test the game with people in a constant basis and we are so happy they really enjoy the game!
Perhaps you'd want to be a tester? you can subscribe to our newsletter so you keep in touch with us, if that's the case.
You can watch some of the gameplay in this video recorded in our headquarters:

Also, we are working with Musicworks V.C Productions to create the music for the game. The process has been so interesting that deserves it's own article. But as a sneak peek, we are working closely with Jose, the composer of Stage 3 music, to create something unique and epic. we are even using Wwise to create interactive music and sound effects. You can listen to Stage 3: Azaria's main theme below.
Do you like where the music style is going? Link here

Few weeks ago, we started to put some information out there, if you are the kind of person who visits IndieDB or Yunoia you can see them in the links, we even have a Presskit!

We will dedicate an article to tell you more about the story and characters of the Stage 3's universe. But for now we can tell you that there are 3 important factions: Heiron Alliance, Sanctum Order and Viridian Resistance. We have been working on the Sanctum Order units, which are composed of mages who can control different elements: fire, ice, earth and lightning. For those who don't know much about game development, we create 3D art to fill our world with characters and environments, this is the game model we have created for the Sanctum Order units. Expect more pictures of them soon! 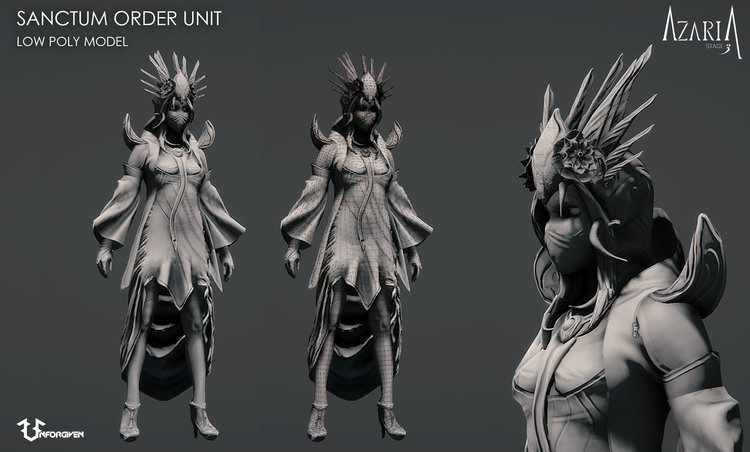 We are continuously adding more spells and creating interesting behaviors that will make you move a lot using the HTC Vive such as Fire slahes, thunderstorm and giant ice shards! As development progress we will start sharing with you some videos to show some action!