Something spooky lurks in The Mistmire; locals say those who go in do not return, but you know better, right?

It's been a while since the last dev diary update! Those of you who follow me on Twitter will know I've been in the process of moving house, and have still been quietly working on Dungeon Buster at the same time. Juggling these two things with work has also been a task, but I'm finally back to a comfortable scenario where I will be more regularly updating the Dungeon Buster dev diary.

So what's new with Dungeon Buster?

The Mistmire, that's what. It's a whole new swamp themed area filled with all the juiciness you'd expect from any adventure game worth its salt. Home to mischievous spirits, dangerous wildlife and more than a few members of the undead cast, the Mistmire is a foreboding but rewarding place to visit. And visit it you will, early in the game, for the Mistmire is a key area in the story and as such serves as a pivotal setting for the catalyst of the plot. But enough of that, I fear I've said too much already! Here's a sneak peek at the Mistmire: 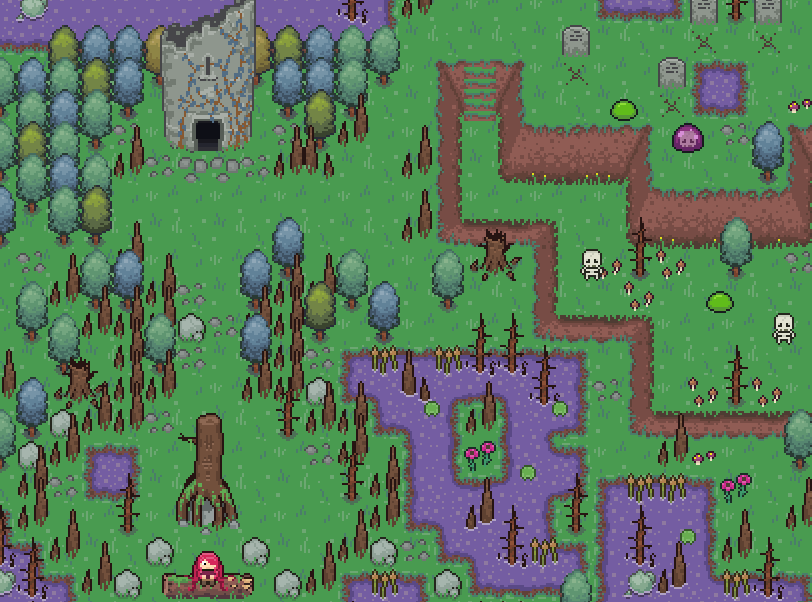 Navigating the Mistmire won't be easy. You'll have plenty of obstacles in your path; that water for example, it might look like a luxury spa treatment but a splash about in that will leave you with more diseases than a sewers-worth of rats. Not to mention you'll be seriously lacking most of your skin.

Plans are under way to bring a much larger sense of scale to the game; a world map akin to Final Fantasy VI is being implemented. To explain further, this world map is a zoomed out version of the game world, in which a giant version of the player character moves from location to location. There will be environmental hazards, and obviously there will be some gating designed into the map to prevent totally free wandering. But there will be hidden content to discover, and any given area will prove more than worthwhile to explore. There are rumours, mere whispers at the moment, of the possibility of introducing a kind of guide character who can be paid to take the player to hidden locations. This will of course have to pass through a feasibility test as it would be a fairly large feature to add. But I remain hopeful that it might be added! 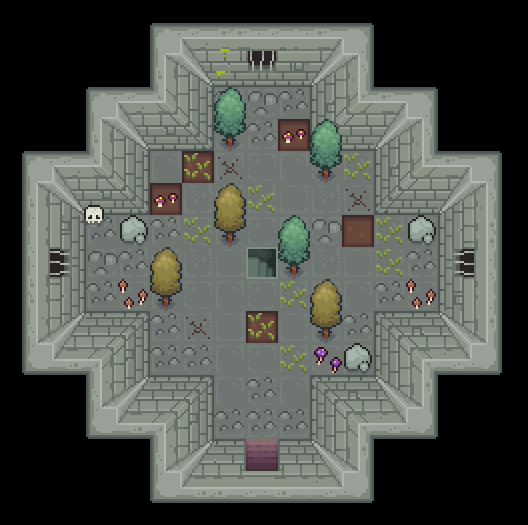 Lonely Tower entrace (that purple doorway has been changed, dunno what that's about...)

You might also have seen the redesigned Loam graphic that I posted up in the media section a while ago. I decided to redo it to bring it more into line with the final art style of Dungeon Buster. The other character concepts are also getting a redo to bring them into line with the art style too, so expect to see those popping into existence in the future! 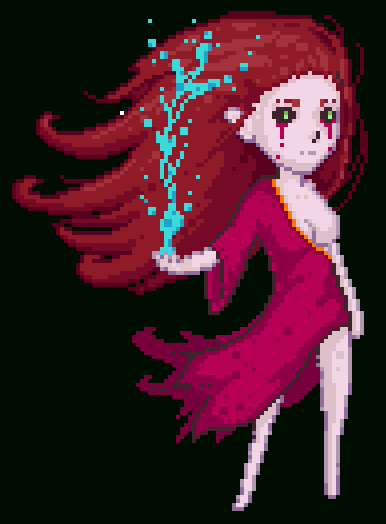 She'll reap your soul and look fabulous doing so.

Finally, I just want to say thanks to all the fans out there. You folks are the pillar of support that holds Dungeon Buster together and seeing how many people are desperate to play the game really makes all the time spent developing worth it!

Until next time,
Mitch