This week we're talking to the writer/director of THE WIND, ROBOTBIGFOOT. Check out what he has to say about mod making, machinima and the future.

For the past several years I have been writing and directing a feature length machinima film called THE WIND. It has been a tough, unpaved road, but breaking new ground is what I’m most interested in. Over the past many weeks I’ve been interviewing my crew. I do this because I believe designers are the heart of mod and machinima making and are the real rock stars of gaming and much film work. Also, as a fan of “behind the scenes” on DVDs, I love to get insight and details from the crew about the production.

One goal of THE WIND is to bring mod making and machinima together in a new way. Like many of my heroes, such as Lucas, Lassiter and Newell, I want to try to do something that people have never seen. To do that I need people like you. Please feel free to contact me directly at robotbigfoot@robotbigfoot.com for any information pertaining to
THE WIND.

Not really interested in interviewing myself, I answered the standard questions that I’ve been asking my cast and crew for the past many weeks and answered some questions they had for me as well. What is the first video game you played and how old were you?

The first one I remember must of been on the Atari 2600. Did I just say that? *cries*. It’s true though, I went over my Grandma’s house for our weekly ping pong game and she said “do you want to play Pong?” I replied "yes" as I always did, but this time she directed me not to the basement but to the living room. I was perplexed until I saw that beautiful fake wood lined system! I was about seven years old and playing Pong for the first time was like discovering the lost ark.

I am the writer, director, producer, concept artist and occasional texture artist for The Wind. I manage a small but amazing team of international designers and actors doing everything from holding weekly meetings, pulling references for models and maps and going through voice rehearsals with my actors. In the expanse of this project I have also worked as the photographer for our 3D character actors, website designer (thewind.tv) and real world networker. In my other life I live in NYC and work in Brooklyn as an artist. Having graduated from SVA in the fine arts department and having gotten my Masters from NYU’s Interactive Telelcommunications Program (ITP), I have a background in making things, including some paintings below.

Kombucha asks: How do you deal with people misunderstanding your art? If you have a vision, and someone interprets it very differently, how do you react?

This is the toughest thing for any artist and I’ve had some crazy, even opposite interpretations. “Good manners” aside, I think the smartest thing to do is to weigh your options. What I mean by that is that sometimes a person’s oddball interpretation can be incredibly insightful. Some of my favorite film directors Like John Cassavettes and John Lassiter, would ask people’s opinions from all different areas, just in the hopes of getting that really off the wall and often very honest input. However, sadly, most interpretations are less than creative and usually cliché knee jerk responses. For these, I respond by saying “thank you”. A good director can start to sense the difference and be open to change his own ideas for the better ones that come down the pike or understand that they may learn more by sticking to their original vision – that’s where it gets tough! Ideally an artist will look for the most honest opinions, even if they are critical and personally hurtful.
If you can do that, you’ll be a better artist in the end.

Silverfish asks: Where do you get your inspiration from? What games do you like and why?

Inspiration comes from everywhere. I like to say that each artwork I make, whether it be a panting, screenplay or film is a culmination of everything in my entire life. Everything I’ve learned, seen and experienced.

One of my early concept boards.

For The Wind, I felt like there needed to be something said about video game culture and video game players that I hadn’t seen in films of television before. There seems to be a link in some people’s minds between video game violence and real world violence. Unfortunately, this unsubstantiated mainstream bias results in a form of discrimination against those who play games and the industry. Tragic events like Columbine and Virginia Tech, brings the world’s attention to these issues. I wanted to make a film that was inspired by this discussion but approached it from an average video gamers perspective (who are non-violent, 30 somethings and who make up a majority of the people in the US). Having been a gamer for 20 years, I felt like I had enough perspective to do that with sensitivity and thoughtfulness. I also wanted to show gamers as how I know them – fun lovers who appreciate creativity, challenges, community and technology.

The games I like most are the ones that have online interaction between humans through the interface of action packed fun. The one that first did this for me was Doom. It was an amazing breakthrough in interactivity, even with only four players on a LAN. It also allowed for abstract relationships to the space and the oddity of human behavior to shine. The first game where I realized games could be cinematic was Quake. The first one where I realized I could make art was Tribes (see my artwork at www.robotbigfoot.com). The most important game since then has been more centralized around an engine – the HL2 Source engine. Now as the Orange Box, this is an amazingly dynamic engine which has presented some really well created and detail-oriented games. Valve’s dedication to constantly updating it is both smart and inspirational to me as a modder and film maker.

A texturing job I did.

RUFKE asks: Since I know your not here for the money or fame, could you tell us what are your motivations for your hard work on the Wind?

Woah!!! Not here for the money or fame??? R U kidding? Well, I am kidding as RUFKE hit it right on the nose. For me this is a combination of needing to address some important issues like the ones I mentioned above, but also wanting to tackle machinima from the perspective of a feature, something that is rarely done in the medium which is driven by short, episodic works. I think this means I like a challenge, one that scares me deep down. That sense of "fear" is a good sign that you're experiencing something new.

Tell us a type of game or film you would like to see made in the future.

I want to see a MMOFPS done well. Charging the beach at Normandy with 2,000 other players, or beaming over to the Borg ship with 500 cadets or playing in a perpetual world that has been over run by the infected, taking back one city at a time, sounds pretty good to me. Bring it on!

Music: Composers like Sam Spence and Max Steiner lately. Film: I know I’m going to take heat for this, but Speed Racer was a visual masterpiece. Artwork: I like Murakami and the Otaku culture he was inspired by. Book: I read The Outsiders and Lord of the Flies for The Wind. But I would urge all video gamers to check out a pop philosophy book called Finite and Infinite Games by James Carse. Even though it’s not about video games per se, some people might find it interesting as it's about gaming as a philosophical approach to life.

A brighter tomorrow, working on the best games/films/artworks ever! 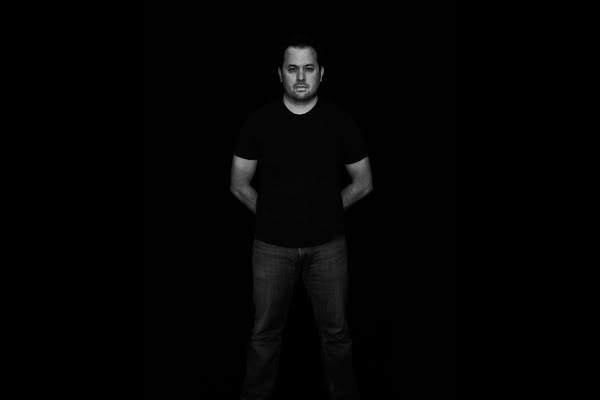 sweet this stuff is really cooL!

as an abstract artist I really love the first painting...nice.