Post news RSS SPONSORED: How to Get the Best PC Gaming Experience in For Honor

Part 2 in our sponsored series from NVIDIA, we take a look at For Honor and how to extract the most from your gaming experience.

Ubisoft's For Honor has won over a legion of gamers and established itself as hit new franchise this year. Contributing to its success is the game’s stunning art and visual design. The characters, weapons, and environments are all expertly modeled and animated, and the level of detail is truly impressive. This is why you’ll want to play For Honor on powerful hardware like the NVIDIA GeForce GTX line of video cards: it ensures great visual performance at high framerates.

Even better, for a limited a time, you can get a free copy of For Honor when you purchase select GTX GPUs or GTX equipped systems and laptops. It’s a great value that lets you get an epic new game to go with your new GPU. As you’ll see below, a GTX video card also confers tons of extra features that will change the way you game.

Let’s start with the most obvious benefit of playing For Honor on a gaming system equipped with a GTX video card: you get highly detailed visuals without having to sacrifice performance. If your system is equipped with an NVIDIA GTX 1060 or a previous generation card that offers equivalent performance like the GTX 970, you’ll be able to play For Honor at High settings while still getting 60 frames per second or better. If you own a GTX 1070 or 1080, your For Honor experience will be even better because you can utilize higher resolutions like 2560x1440 (WQHD) and 3840x2160 (4K).

The PC version of For Honor also supports a host of NVIDIA technologies that are designed to present the game at its best. If you own a multi-monitor setup, NVIDIA Surround lets you stretch the image across three screens, allowing the world of For Honor to literally fill your field of vision. Gamers who have one monitor can also enable NVIDIA DSR which uses your system’s spare performance to up the rendering resolution and improve overall visual quality. And if you own a screen equipped with NVIDIA’s G-Sync technology, you’ll also get benefits like lower input latency, zero screen tearing and improved refresh rates. 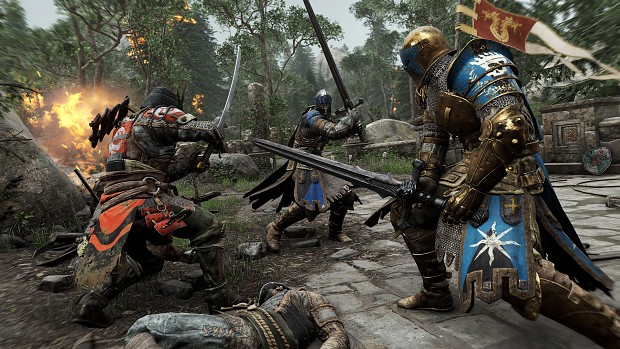 Gorgeous visuals and powerful performance aren’t the only benefits of playing For Honor on NVIDIA hardware. You also get access to the versatile GeForce Experience tool which includes an array of features designed to improve your gaming experience. To start, GeForce Experience will automatically download the latest drivers to keep your system humming. It will also automatically optimize settings for games like For Honor based on your system specs with a single click.

GeForce Experience enables features like Ansel which lets you take visually striking in-game screenshots that capture your exploits in all their glory. You can also take 360-degree screenshots that let you literally jump into the game world whenever you want. You can even share your For Honor heroics with your friends thanks to the handy Facebook Live feature.

If you own an NVIDIA SHIELD TV, you can also take advantage of the GameStream feature to cast your For Honor session from your GTX equipped gaming rig to your big screen TV. The feature utilizes your Wi-Fi network and the SHIELD TV’s powerful Tegra X1 hardware to ensure that you don’t experience loss in quality. If you own a Pascal-based card, you can enable HDR, and if you own a GTX 1080, you can cast in 4K.

GameStream is well suited to For Honor due to its gamepad friendly interface. Cast your session to your SHIELD TV and play with a SHIELD Controller to effortlessly pull off epic combos. Better yet, invite a friend over and share the glory on the same TV. If you prefer keyboard and mouse, you can sync up your setup through Bluetooth and still enjoy the comforts of gaming on your couch. 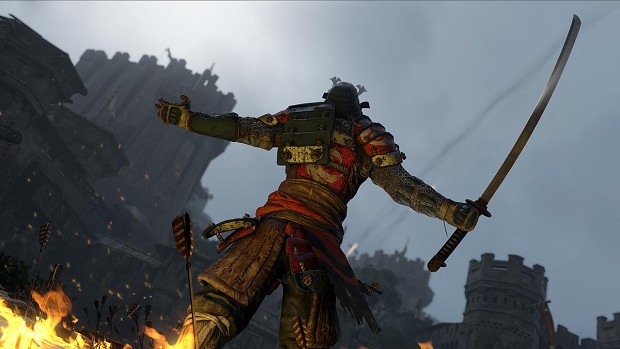 A Most Honorable Victory

For Honor is a visually stunning game that you’ll want to experience in its full glory. Playing it on NVIDIA hardware ensures that you get the best possible performance while also giving you access to an arsenal of features that will take your gaming to the next level.

Don’t already own For Honor? Visit the official bundle page to find out how you can get the game free when upgrading your system.