Spiral Updates will be happening every two weeks and will be introducing new content to hold you over until the mega (free) DLC Packs arrive which will introduce larger content additions such as new dinosaurs, game modes, weapons, kits, levels and even systems and game mechanics, while Spiral Updates simply offer more variety.

Today we are happy to announce that Spiral Update 001 is officially out and ready to be played. It adds the following new content: 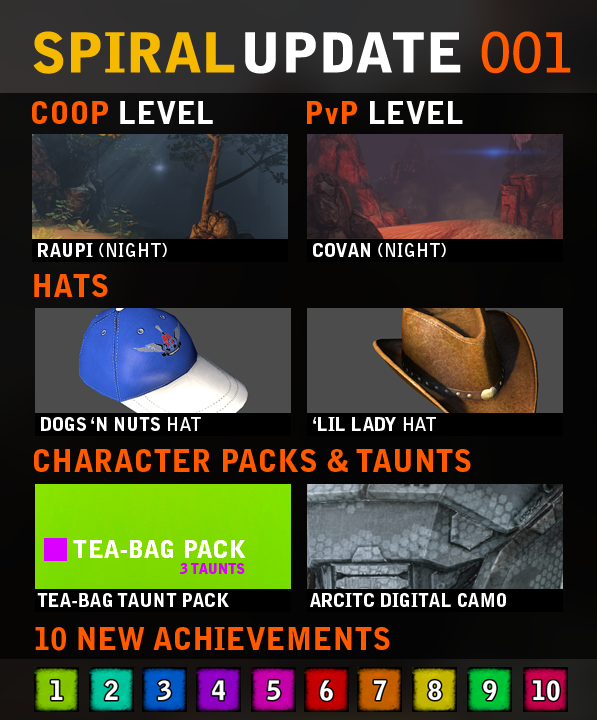 On top of this we’ve also put out Game Patch 1 & Game Patch 2 which incorporates both developer and community-inspired changes, tweaks and additions. Full change-log here.

ARE YOU INSANE? (COMPETITION!)

With the release of Spiral Update 001 we are also starting the first of MANY competitions that we will be doing. This first one is not going to be easy. You’ve been warned. 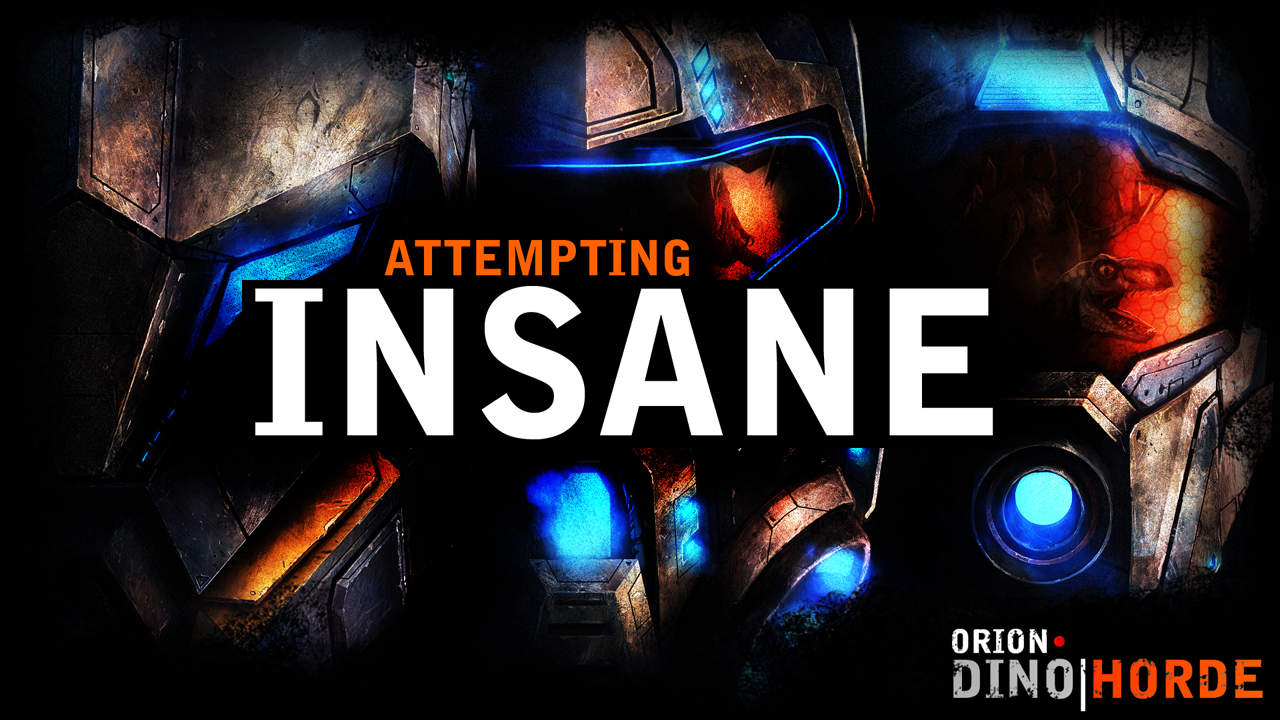 With the release of Spiral Update 1 we have also added 10 new Steam Achievements. Each of the these relate to one of the ten waves and are tied to the Insane Difficulty mode, which is absolutely insane and impossible until proven otherwise!

OUR ATTEMPTS SO FAR - PART 1

OUR ATTEMPTS SO FAR - PART 2

Do you own or work for a gaming press website and need review copies of ‘ORION: Dino Horde’? Simply send an email toreview@spiralgamestudios.com and let us know who you work for.

Do you run a gaming-based YouTube channel or Twitch.tv account? Let us know and we can get you hooked up with some press copies of the game.

Send an email to press@spiralgamestudios.com with a listing of who you represent.

So they let you back onto IndieDB huh? I never did find out the results of that public relations blunder.

So, instead of working on nice things like Balance, making the game more playable, giving back conquest mode, fixing it so more then just assault can recover from being knock off cliffs, making options to make death a lot less punishing....

We get insane mode (We can't balance mode)
New Maps that are an eyesore and show off how "Meh" your graphics are with poor navmeshing, showing how poor the AI is, Hats, Pterodactyles able to rip me from a vehichle WITH A ROOF, and punishment for using the vehicles?

I gave you a second chance and you proved yourselves failures once more :D

I couldn't have said it better.

if you guys hate this game then dont waste your time
and you guys honestly have never played it. it has been reworked from the ground up and is very playable
any anyone who takes insane mode serious(out side the competition) is retarted . it is literally for ***** and giggles

im not one for hating on a game for no reason. however after played dino beatdown and then watching this

the game has clearly not changed. but more importantly for myself i think steam needs to start checking the games they take on to their store (like the apple app store does). because quite frankly just re branding a game under a different name and claiming it as something new is downright fraudulent.

im not going to leave malicious comments and just flame, but i do think spiral studios need to have a good hard think about what they actually doing.