Every Faction has its own Special Forces. Units wich are basically Hero Units but less strong, however their usefulness should never be underestimated. 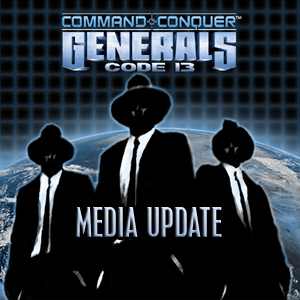 Alpha Zerox would like to present you the Special Forces of each faction in C&C Generals: Code 13!

Special Forces are general abilities and different from all other units. In order to get everything out of them, one must master to micromanage these units. When used right, the special forces can lead to victory, however they don't come cheap and can die pretty easily.

Every special forces unit has no house color and some are even invisible on radar, making it very hard for a victim to find out who attacked him. Special Forces units are usually used together with other forces to be most effective.

It takes some time to unlock these units, but it is a worth investment.

These are the 3 Special Forces.

GLA uses Eternal Acre Mercenaries, good for ambushes and vehicles. These soldiers use a strong machinegun to pin enemies down and can give good supressing fire.

China uses EFFACT Medics, Mercenaries that boost the efficiency of friendly troops severerly. Every friendly unit near their vicinity gains a higher rate of fire and can get healed by the medics.

Want to see them in action? Well then be sure to check out the special forces Video!

so what do medics do....not very useful cause if they dont have house colors the ppl its supporting will...

Try fighting a group full of them without any other Infantry. It's an Infantry Squad from out of nowhere and nobody knows who they belong to, unless they hold their cursor above them long enough.
- E.V.E.

is there a zero hour verison