In this development diary we have an in-depth talk about some spaceship systems and how they work together.

Greetings, pilots! In today’s development diary we are going to talk a bit about how ships (and especially fighters) work in the game. 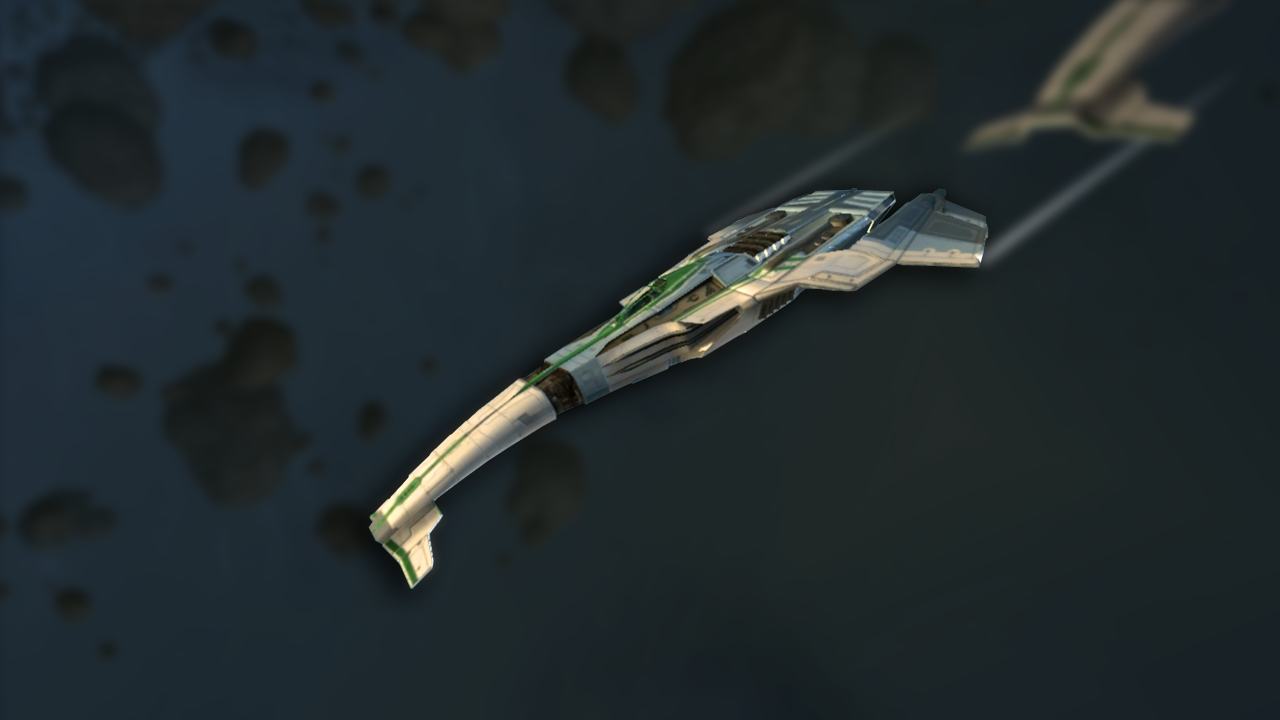 Before we start, we want to make a short disclaimer. While the article is kind of long, and it may seem complicated at first glance, this information is NOT required for you to do well in Strike Wing. However, knowing some of it may give you an edge in a tight spot.

We’ll leave weapons, engines and handling for the next article.

So let’s get to it

In the ship selection screen you’re going to see 4 main characteristics that define your ship. These are:

The shields are the last line of defense against any incoming threat. They envelop the hull in an impenetrable force field that is constantly fed by a shield generator.

Shields start recharging a few seconds after damage is taken, so the most efficient way of taking down shields is by using constant damage output, since they don’t get a chance of recharging.

Also, when the shields recharge, they drain power directly out of the main generator with the highest priority. All other subsystems (weapons included) will recharge at a slower pace when shields need to go up.

Shields are especially vulnerable to EM (electromagnetic) discharges and weapons.

Each ship has 2 main independent power units. The idea behind this is that movement is separated from other systems, so when one fails the ship doesn’t become a sitting duck.

The engine has its own capacitor which is discharged whenever the afterburner is used. The afterburner can be used to provide a limited boost of speed in any direction. The ship’s jets are the most powerful units when generating thrust force, however the pilot can boost the lateral thrusters for very sudden lateral motion at the expense of a large chunk of afterburner energy.

The main engine capacitor recharges over time and any afterburner use is only available while the capacitor is not empty.

The main generator feeds all the other ship systems (shields, weapons, sensors, life support), and each system has a certain priority for power distribution. While sensors and life support don’t require a large amount of power, the two main sources of drain are the shield and weapons capacitors. 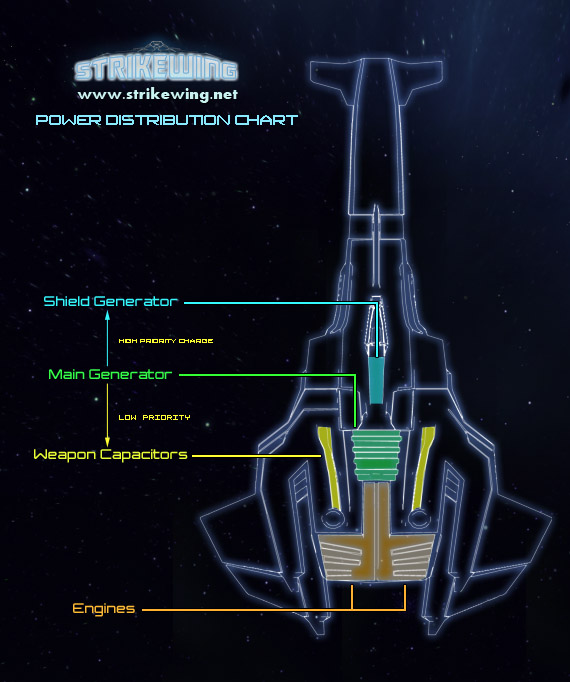 The shield capacitor always tries to stay charged to protect the ship and its subsystems, but whenever ship integrity is at stake it will take over the generator power almost completely. However, when shields are safe, the drain on the generator is minimal and other systems receive priority.

The weapons capacitor is used only by energy weapons. Projectile weapon systems need only minimal power to operate, but they also have limited amounts of ammo.

The weapons capacitor tries to recharge constantly whenever it starts to drain, however extended use of energy weapons may drain it completely. Whenever shield recharge is also taking place, weapons are recharging with a relatively lower priority, as ship safety always comes first.

The easiest way to disable a ship is to force it to discharge its capacitors while putting strain on its shields as well.


In the next episode we’ll talk more in-depth about weapons, engines and handling.

that some good stuff

This just doesn't grab my attention, I don't like it

What is it that you think it's missing? We're kinda new at this whole public relations thing and it would help to know your opinion