A formal introduction to the main antagonists of the game.

For those of you who haven't heard of SpaceJourney, it is a sandbox game that combines first person shooting, space simulation and eventually adventure elements.

Here's a screen of what the bridge \ cabin will look like in the next update: 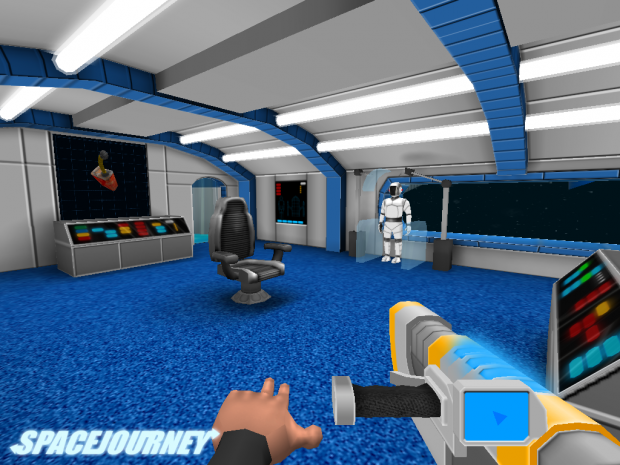 As well as the outside (that you can walk around on) 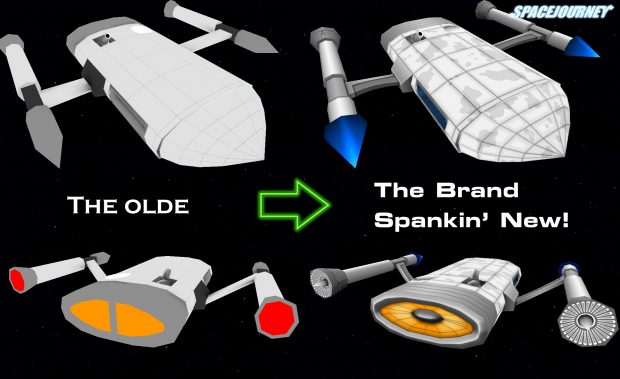 To anticipate the next update, I thought I'd talk about the story, that's being fleshed out a little more, to give the world of SpaceJourney some "texture". And most importantly, help familiarize everyone with the most intelligent antagonists in the game. The story is set a few hundred years after the present day (my goal is to avoid using exact years, so I won't get flack with stuff like "hey man, its 2235 already! where's my space ship!?").

Basically there's many different alien species, systems and factions out in the universe. But then you've got Earth, or Humans rather. And in this universe, Earth is not unified, but the nations of the world have commissioned a representative organization, whose goal is to set out and explore space. It is called the League of Systems (yeah...it took me a while to think that one up). They seek to invite all peaceful and like-minded civilizations to join the body of systems. There's also 20 non human species who joined the league so far. In SpaceJourney you are a League captain piloting a League vessel.

That is the League's insignia, representing their motto: explore, aid, communicate and incorporate. 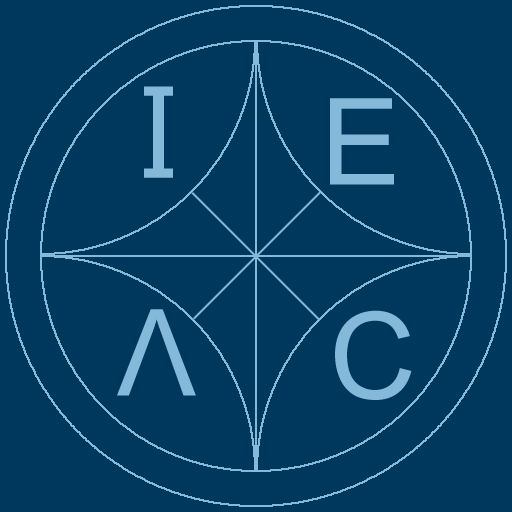 (I thought about making the insignia a big oval with stars, but then I realized that was already taken)


Now, you're probably thinking "well that's all hunky dory, but where's the conflict, maaaan?! Every story needs conflict!". Well, let's just say that every great organization of interstellar species bent on universal exploration has to have its own share of enemies!

Thus, I give you, the new face of UGGGGLY: The Zeetog. (ok, I admit it, the alien name generator wasn't working so I had to think of something on my own)

The actual skin color is turquoise, so this character is wearing a helmet. 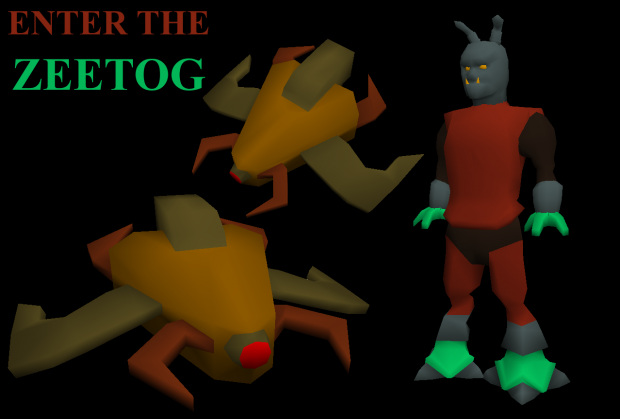 (if you look really hard, you can actually see textures on these models)

Now you won't see the Zeetog face to face in the next update (probably won't be till I get communications systems going and \ or you're allowed to board other vessels), but the new ship design has already been implemented.

The Zeetog are a group of aliens, where their actually species name is called the Zenton. Their arrival to the interstellar scene with light-speed travel is about the same time the League developed its "starjumping" technology. And originally, they were not so different from humanity as they too, wanted to explore space peacefully.

This is a picture depicting man's and Zenton's first meeting, set some 50 to 100 years before SpaceJourney. 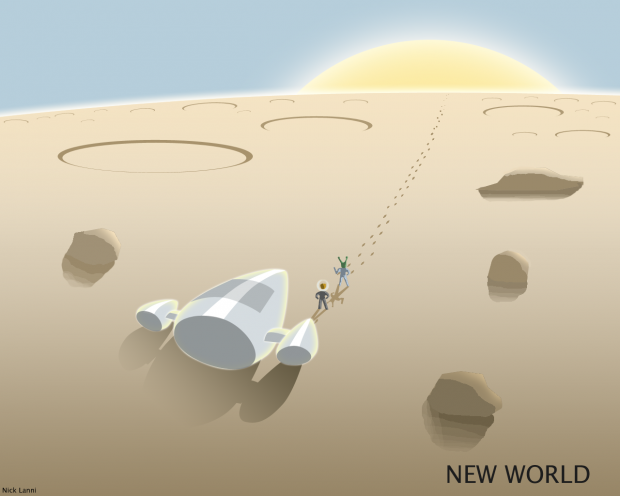 Eventually the two peoples had a falling out, and the Zenton later became to be known as the Zeetog (through either intentional slurring of the name Zenton or they themselves adopted the name as they became more militant). Now that the Zeetog is at war with the League they will become a threat to you in your travels.

So being that this is intended to be a sandbox game, how will this "story" pan out? Well down the road there might be a "main quest" involving the Zeetog more closely. But other than that, you'll witness first hand the hostility they have towards the League (and thus you) and I would like the player to see remains of an extinct empire called the Cryngyn. Also, the mission of the League is really the heart of the gameplay. Right now, you explore the unknown and as the game gets more detail, I would like to make inviting other aliens into the League a gameplay aspect as well (well...except the Zeetog, I wouldn't even bother inviting them).

So hopefully this will make things even a little more exciting!

Thanks man! I appreciate that! I've always loved the early days of 3D.

Clever little game. Need some help? I can do some modeling, and since the models are basic (i like that) it will be a piece of cake(nomnomnom)

As for help, thanks for asking! At the moment I don't think that I need any. I'm also trying to do things solo as much as I can. But that might change down the road, when the game gets more complex. I will try to keep you informed if I decide to accept outside help. So thank you for asking, I really do appreciate that!

lol! (in response to the cake thing)