I as a fellow stalker have bothered me on others, who claim some mods are better than others. well i am going to put up my personal meaning about that...


I, Loner1, have seen many things happen between other fellow modders.
But some things i just cant believe, and i am going to discuss this with
you guys. I want to know how you think and feel about this. And as i am
going to discuss and share my thoughts i am going to give the example
and promote fellow mods too, as i think not every mod is the same, althrough
it has some of the same mini mods in it. One's mod cant be the same as another,
because the maker creates it how he likes the game to be, if its colourd in all
the colors of the reainbow, or a grahpical overhaul of the egnine, every mod has its
own up's and down's. Here is my vision about some of my concurrent, but fellow mods:

LoNer1© wrote: STALKER Faction Fronts, a complete overhaul for these 3 games, not because there are other textures included, no,
its because Predator makes and puts a lot effort in these perfect examples of new gameplay, a modern
overhaul of the engine, and absolute beaty combined with the sleek and nice look of a polished NEW game.
I worked on a other version of the mod too, STALKER:SHOC Faction Fronts.
And i enjoyed playing, and working on it all those days.


If i would rate these mods i would give them:

LoNer1© wrote: STALKER Pre sky focusses on bringing back all the old features and the lovely
levels from STALKER Clear sky alpha, and STALKER SHOC. As its been made by the
one and only fluffy22, its a astonishing mod for what one person could have done.
I give him my biggest respect, for doing so much work alone. IMHO Its something
to really try out, its really worth the downloading.


If i would rate this mod i would give it:

LoNer1© wrote: Yes, i will cover this mod too. I am really shocked by what people say about
this mod. Its almost or maybe THE best engine overhaul for stalker
and all i hear is:"new version of this mod doesn't feel like stalker.it feels like i am playing call of duty"
or "Lighting is terrible, so bad I have to use NV at noon, and why is NV purple?"
Dudes, com on! NV is always purple! and CoD? STALKER? are you insane? I'm not bashing anybody
here but show some respect for this mod! its far away the best I've seen! its just really polished,
and i must admit, i was negative too, but after playing through, i was amazed by what i was experiencing!
so please, those little bugs are in every mod, mine too, SC2009, and OL. Bugs are just the way
to let you guys see that humans made this, for you! so show some gratitude!

And i would proudly rate this mod: 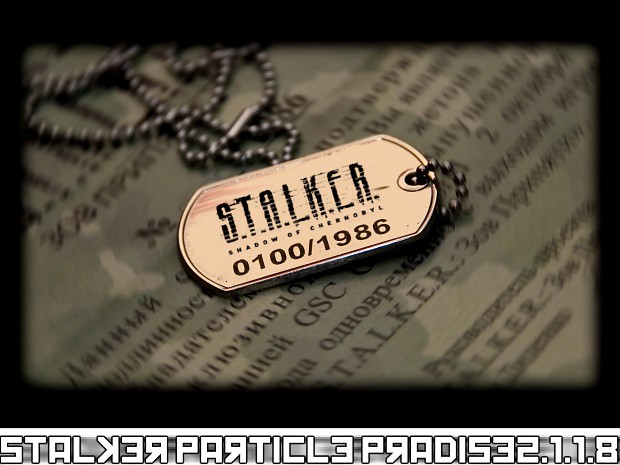 And dont forget to go to the new forums!

Nice, thanks for this. I agree with you on these mods!

And not only these mods, every game and mod community should think like this! Could you imagine? F.E Lost Alpha and Team Complete work together.... that would be total awesomeness!

Great article! It's nice to get the opinion of a fellow modder.

AND of course his promotion for the other mods. I want to be the bigger man and admit that even my mod has its "flaws" but thats not the reason to compare mods to each other for being the best, because then you are in fact saying to the author "i dont like your style" and thats not the way to do it.

Too true, modders are here to help each other out, not to compete with each other.

I'm glad that you approve of my work. I'm thinking of firing up FF:Shoc again and finishing it off...

Nice, and now, almost what...1 year? i can help you more now, as i have almost double the experience and am not lazy anymore :)

Yeah L.U.R.K. ftw just a shame they gave up. It was one of the last mods I had interrest in :)

LURK is easily one of my favorite mods for stalker. It's just so different from every other mod, as unlike most mods who try to make the game more STALKER like, LURK just changes the game completely, and is only based upon what the creators like.

Thank you for making a perfect example of what i wrote here. You get it, the creator of the mod is the boss. As i would like to put it "The driver drives the car, not the passenger"

Interesting article you wrote up here. I haven't played any of these mods so I can't offer my opinion about them. I do want to give Lurk and Pre-Sky a try soon though.

However, there are a lot of mods that do a "complete overhaul" of the XRay engine and make "a polished NEW game". That just isn't the case from what I have seen. The vast majority of the mods available for Stalker are one's that change the textures and claim to give the engine stunning new visuals and play styles. They claim to be artists and from what I have played my eyes end up hurting.

All around I look at these mod pages and they all look the same saying the exact same things. "Amazing Graphics", "Amazing Atmosphere", "Amazing Everything, ever". Ok, so the last one was exagerated, but you get my point. If they were truly making a new game it wouldn't be Stalker.

What annoys me is people play these "uber graphic" mods over the vanilla game the first time they play it. You got this game for a reason just play it the way the developers intended the experience to be and then play the mods after.

True but your last line, doesnt really fit the way we modders think of it. And i am happy to see how you think over this BUT, this bothers me:

"You got this game for a reason just play it the way the developers intended the experience to be and then play the mods after."

You cant really determine when somebody is or has already played a game. And as a modder you cant force them either. Everyone makes his mods to share his view with others, some may even get 90% of the attention, even if they are overhyped. I am already happy if only one person likes my mod, but i am not on the subject. What i wanted to tell is that you cant forve people to first play the vanilla game and then take te mods because its their choice, and yes, i am maybe too one of the people who overhype my mod. But i can provide the images and vids that really justify my mod. Its all about particles, so i show them in action.

But yeah, kind of you to share your thoughts.

Good write up, balanced and informative, so thanks, I now have more mods to track, look into and try out. Yeah this post is bit behind the times, but it finally got here :)..cheers man!