Over the last three months many have worried about Solitude's state, going from weekly updates, to suddenly stopping for three months has certainly been a worry and there's been quite a scare. 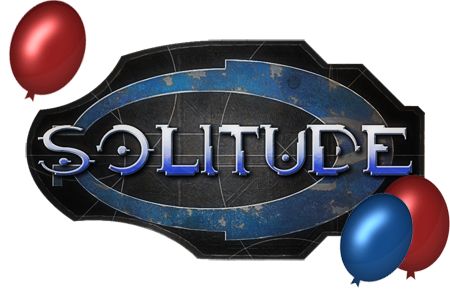 Over the last three months many have worried about Solitude's state, going from weekly updates, to suddenly stopping for three months has certainly been a worry and there's been quite a scare.

i lost hope in this game.its been 33 days for the delay.i meen come on who cares what we want to see in the update just show us the new models of characters guns and the multiplayer modes and maybe an overview of the game and tell us about baker.i not tring to be mean im just pointing it out

I have a bad feeling about this..

Now seriously whats wrong with the project? Its been over three months since last update so tell us if there really is something wrong. Then i'll stop whining


Many comments like these have been made and many people have started believing it. "This game is DEAD" has been posted way to many times. But, on August 4th, 2009, Solitude and the Flaming Ice team turned one. This is a great milestone for any Indie game/team. To celebrate Solitude's and the team's birthday, over the next 3 days we will be releasing 3 updates. For now, lets focus on this article!

Is this game dead ? I think not, lets jump straight into the rather large collection of images, hopefully this will convince you guys that we're still kicking! 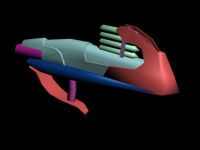 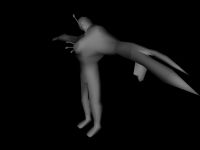 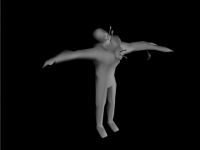 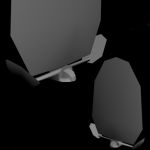 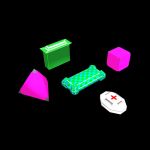 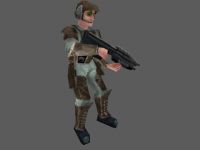 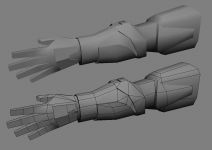 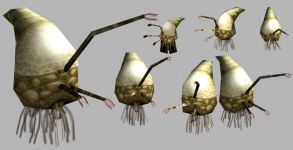 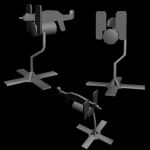 I'd like to take this chance to wish our great Spanish animator/modeler a Happy Birthday,

Note: On this site, his account is VGF, start spamming it with your birthday greetings!

First off we've got a new Mapper/Modeler, Faparith. He's already contributed a good amount, working on 2-3 maps while also modeling a Hunter. Here's a look at his work so far. 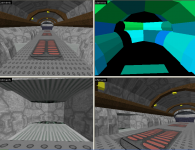 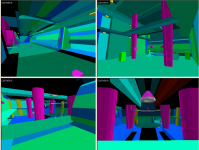 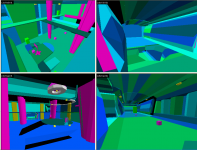 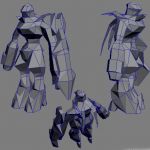 Secondly we've got a new Engine Coder, TeamXlink. He's already added a number of features to the engine, and is currently working on a NAT fix so the multiplayer beta will be online.

Here's a little list of things we're hoping to have or already have :-

Lets end this update with a video made by Scifiknux to celebrate our one year anniversery.


Thanks for Supporting us this last year, we sure hope you contiune supporting this little team for the years to come. Its been a blast!

(Thanks Wolfire, you guys rock !)

Good to hear, not only news, but good news, from you guys!

Nice tunes on the piano, the models look awesome too! Looking forward to playing this.

Finally, I was wondering when this game was going to kick back into gear. Great job guys and happy birthday ilDucci!

Half life map support!? Vehicle support!?
This would be awesome in the final release!

Its back in action.

AWESOME YEAH! Fianlly a great update and happy belated bday solitude! I will always be here at your side to support you!

ok 1st off happy birthday im glad to see you guys back up online w8ting forever (thank you) but i was wondering about if the game is going to mic support to give extra unless mics only work on sony severs but idk i don't mess with sony psp servers (might sometime jk) just let me know it your are doing mic support i figured you would though but nothings been mentioned, let me know if you need help with anything im trying to get into modeling not sure what programs to use but if i can help out send a pm ok

hey is the scorpion tank going to be in solitude

Well since we're gonna be doing vehicle support some time in the future I don't see why not.

im drawing a picture of solitude but irealy cant finish it yet becauase i want to add the scorpion in it but idont know if its going to be in solitude i have the banshee,ghost,warthog,pelican and the phantom.

the characters ihave r masterchief graveminds hunter jakal grunt elite marine and that mini flood guy and cortana i added her for the heak of it.

Why would you add Cortana? Thats not really a solitude drawing then...

i added cortana before i knew that she was going to be in it but when i found out i figuered that she be there as a rememberence.

Dudes, I've only heard of your project recently but I have complete faith in you guys, I'm sure this will turn out amazing and every single tiny update gets me so excited. You guys are pros and please, never give up on this, it could be huge!!

hey can some reply to me i hav sum questions...

1)whn is the final release date ??

3)what has the beta version got (like multiplayer etc)

ThAtS aLl tyvm this game is deinetly th BEST homebrew ever actually its almst as gd as a real gme !!! AmAzInG wOrK!!!