New effects and art! Muzzleflashes, no longer will you look like you came from a cartoon! 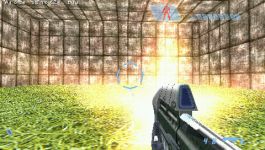 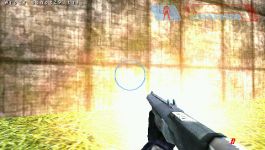 Our Shotgun has been re-uvmapped af few months ago by IlDucci, but recently PsychotropicPineapples has taken the task of texturing our beloved shotgun. Agian, the result has been great! 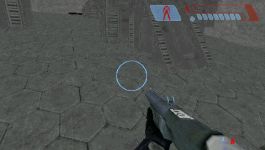 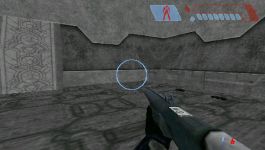 The Skull has finally been put ingame, complete with animations thanks to IlDucci and the Oddball game mode has been put in aswell thanks to TeamXlink. We will focus more on the games modes in a later update. 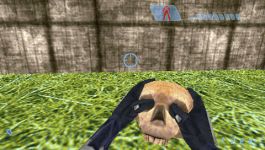 A very talented game developer has started helping Solitude out in his spare time. We'd like to that thank Electro (www.bendarling.net) for all his help. Thanks! I'd also like to congratulate the Zeq2 lite team on releasing there game, after 7 years of on and off work, its out! I highly recommend it to all Solitude fans!

Before we we end this update, I'd like to let all you Solitude fans know that you can now talk to me, and the rest of the devs on IRC. Server EnterTheGame, channel #Solitude.

Thanks for reading, Flaming Ice out.

Nice to get updates.
Zeq2 link doesn't work me either.

lol never lost confidence in you guys =] and its looking awesome !

Great! Can't wait for the release!

Loving the shotgun guys! The mod keeps getting better and better :)

Thats for the comments guys!

Another month of patience, another satisfying update for the masses.

very awesome, guys. i just can't use any other word. awesome

Is it me, or do the muzzle flashes look FAR too big?

No it isn't just you!

2 things make the health bar blue and put in the rader map please?

if i buy a psp go will i still able to play this. REPLY PLEASE

Looking forward to some sort of Demo soon! or just a beta!