Been a while since the last update. I’m still working on Medieval Story, my long running project. The engine is more robust and I have changed my windowing framework to the latest glfw-master branch from GitHub. I decided to switch from 3.0.4 in order to get the latest mouse cursor support.

In regards to gameplay I have also made improvements. Both the mouse and keyboard controls have gotten more precise after tweaking the physics engine. The player slides better along walls and climbs stairs more easily. This is achieved by dynamically modifying the friction of the object that the player collides against.

The camera has also gotten smarter. Instead of just chasing the player in a rubber band like behaviour the camera now focuses on the area that is ahead of the player. If you are in combat the camera will focus back on the player so it does not to miss any action.

There are also a few new mechanics implemented that I felt the game could benefit from. One such item are Bows, they can be used to pick off enemies from a distance. A successful hit but not a lethal wound will attract the attention of your victim, he will start to chase and try to attack you. 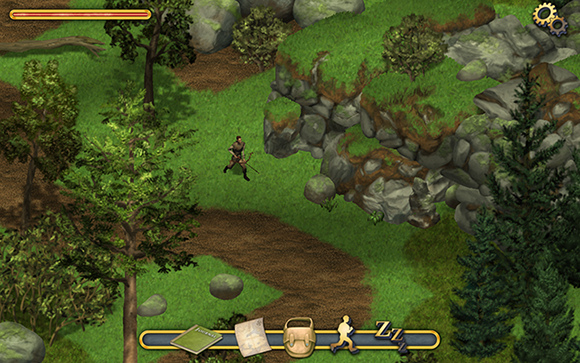 Another new feature is the possibility to sneak around your enemies. I have adjusted the level editor to be able to tweak enemy’s awareness (this was hard coded until now). Each actor has a max and minimum radius from where he can spot the player. The maximum radius is used when the player runs and the minimum when the player uses sneak. 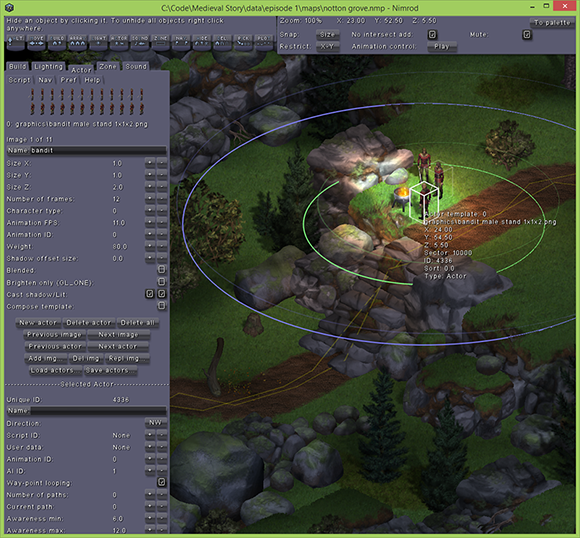 I think this will allow for more intricate quests where you are unable or forbidden from just killing your opponent.

Well that's all for now, thanks for reading!

... Oh, on a last note. I hope you consider voting for Medieval Story on Steam greenlight!

Its looking really good! but with the graphics for the cliffs/Rocks I think there needs to be some smaller bits to help break it up. it looks quite un-natural just having the larger boulders atm