This mod was created by only two men who were inspired by Silent Hill, Condemned, FEAR games.
Nine maps which have place in the abandoned apartments, city streets and catacombs. 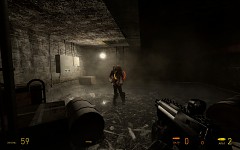 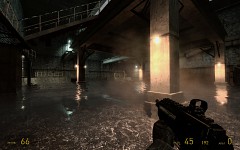 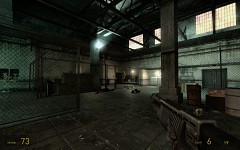 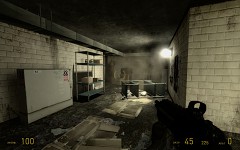 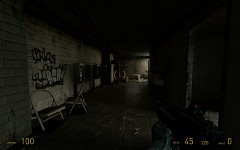 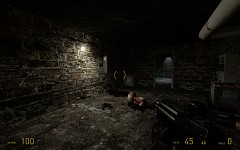 Top quality work, and definitely a style of project I'm interested in: two friends and one theme.

produce by 2 men huh , seems strange to say it like that lol

Awesome, you worked hard and delivered us a great, redesigned game!

Why haven't I heard about this mod before?
Downloading and tracking :P

Great mod! Designed better than HL2 in my opinion, map layouts seems more "real" if you want to call it that. Keep up the great work!

I absolutely loved it. It scared me out of wits in a way that didn't make me want to stop playing it. Brilliant!

Mapping is asome, right when i started to feel that these tunnels were getting a bit repetitive i opened a door and got a building and street part. Textures are good as well and the atmosfere is very good but it lacks some atmospheric music now and then. Some of the events are a tad predictable, maybe to me because i play a lot of games like FEAR and Singularity that use these "scare" events. The game does lack motivation for the things you do, where am i going and why am i going there, in other words the game lacks a story to tell to the player (I'm probable spoiled by MINERVA: Metastasis). overall it's a good mod and considering it's made by just 2 people, it's very good.

k, will play it again, expecting some better slum action this time ;)

Can I request a lighting tutorial? :)

when i get more time i will think about tutorials.

It's great. Code a more extended version. Have some or all of the Locked doors & tunnels open then lead to a more nonlinear experience. More and different weapons to pickup.

Why do the Combine weapons disappear, for the most part, when they're killed?

It was F***king awesome mod just couple minor errors, well for me they were, i couln't fit to the vents, took me like 2 mins to get in 1 vent and then the antlionguard was way too easy, when i figured out a small bug how you can stuck it and kill it even with pistol, not crowbar becouse you'll get too close :/