Slaughter Maze is back to indieDB. We stopped updating the news of the game due to a new change of direction. But from now on we will be posting new material.

Slaughter Maze is back to indiedb.

We stopped updating the game news due to a new change of direction. But from now on we will be posting new material.

But before starting to showcase the graphics of the game and other aspects that we've revamped, we would like to show some pictures that were showcased at our facebook page that weren't here at indiedb.

Some old gore works, a cyberpunk missile, a saw projectile and some old pictures of the sci fi maze on which we were running several gameplay tests. 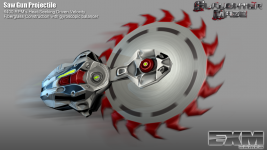 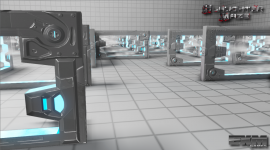 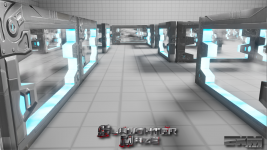 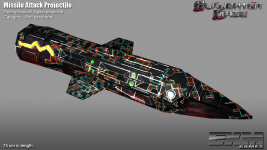 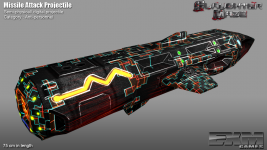 We hope everyone that as not subscribed to our facebook page enjoys the picture.

And for those who had seen the pictures already, hang on, some cool stuff is on the way.

The change of direction was implemented to ensure that the game is fun to the play.

"A delayed game is eventually good, but a rushed game is forever bad"

I don't use facebook so I'm tracking here! keep me informed please! :)
Also.. I know this is a long shot but can you integrate this into the Oculus Rift ready version of UDK when it is done so there can be a VR version of the game?

Sounds like a good idea. I'll talk about that with the devs. One of our objectives is to release an open version for the community to mod, so something like a VR version isn't out of the question.