Sim Hero has been officially released on December 1st.

Posted by geekfevermatt on Dec 8th, 2014

Release day, here we are!

The Sim Hero project began ~3 years ago for me. For years before I began work on Sim Hero, I was actively searching for a game which blurred the RPG & Sports management sim genres. Here we stand, probably a good 6 years from the time I discovered this strange little genre, and I firmly believe Sim Hero is the most feature-rich "true" incarnation of this subgenre available today.

If you look at the gold standard (Final Fantasy Crystal Chronicles: My Life as a King), that game has the 3d graphics, but the placement of your 3d buildings determined if the parties you sent to adventure even left town! It was such a disastrous end to a promising game, I've been searching for a similar title since. After games like Dungeon Village have come and gone, I'm comfortable with my assertion about Sim Hero's standing in the genre. 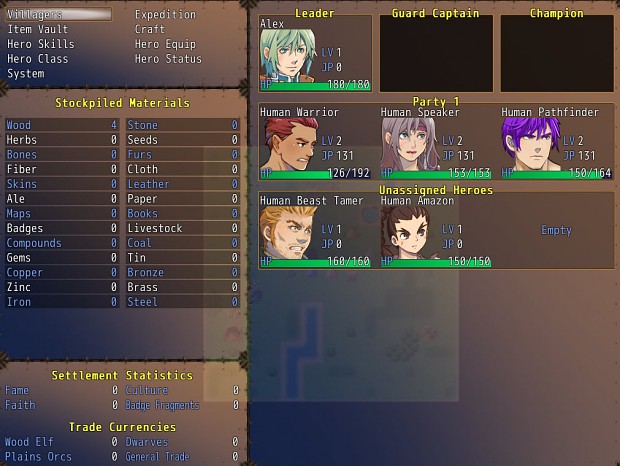 Sim Hero exists because no other game in the world today satisfied my desire to play a sports management sim set in a fantasy world... but, instead of sports players, you manage heroes.

It's just that simple!

What have we accomplished since the Kickstarter was funded last year?
- We developed the game, and then re-developed it to be a true Sim
- We integrated all Kickstarter content (items, classes & dungeons designed by contributors!)
- We listened to the community on many matters, and implemented some great changes
- We vastly improved the interface
- We added more content than you can shake a dead hero at
- We implemented a vast random event system, ensuring no 2 games are the same 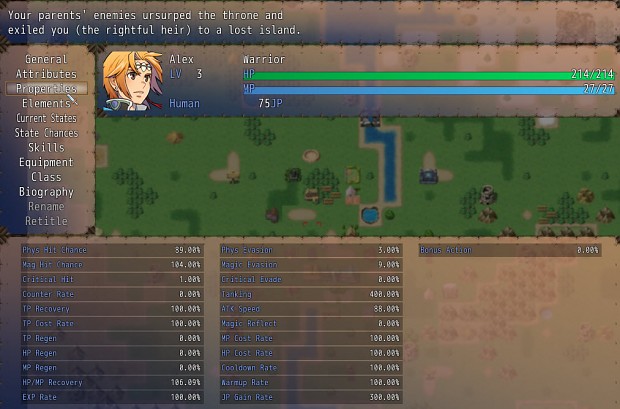 What's next for Sim Hero?
- We are hard at work getting things together for the 1st expansion pack. Expect all new map/building graphics and hopefully even more on the graphical front.
- Continued improvements to the UI, including overhauling the crafting "interface"
- More events, and more unique events, and hopefully "chaining events"
- Of course, a ton of new content is also planned including expanding the map to 8x it's current size!
- and much more...

Thanks for sticking with us & supporting the game. We're just getting started! 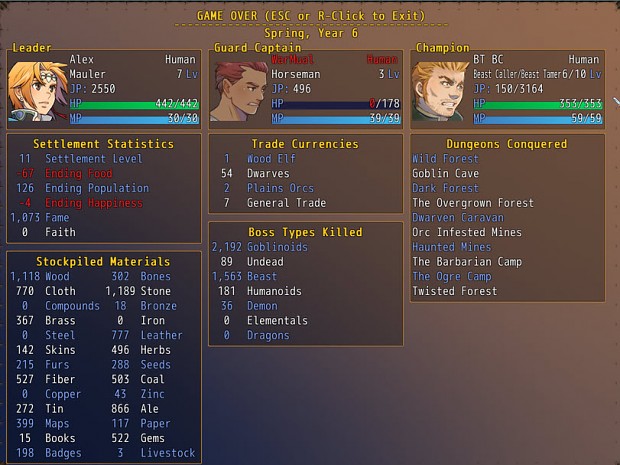 Try our game and let us know what you think!

Thanks from the entire GeekFeverGames for your interest and support! Much more great stuff is on the way!!

Oh, love of my life, RPG Maker you are the engine of dreams!

Whoa!! How did I miss the Kickstarter for this? It looks glorious! Thank you very much guys, I'm looking forward to checking it out :) I have to ask though, why is it free? I thought you'd be selling this since it had a successful KS. I'm happy, don't get me wrong, just curious :)

We are more interested in building an audience for this incarnation of Sim Hero, so that's why we decided to make it free.

If we replace all the artwork with the next Kickstarter and get more people playing & reporting bugs - we may attempt a Steam Greenlight or something.

For now, we're just happy to share it with the world.