Mostly refactoring code this week.. Pretty lame if you ask me !

Refactoring Code
So this week was a really fun week .... Not !
Most of this week I have been refactoring a lot of the code for shooty squad... I realized after implementing the offline zombie a few weeks ago that the code for adding new game modes, was not very scale-able and overall was quite poor and rushed. Adding new game modes meant modifying existing code adding an if statement here there and everywhere. So the goal obviously was to re design the code so that adding new game modes meant that we didn't have to change old code and just added new code. This also allowed me to implement offline character, so that if i wanted to test a level I wouldn't have to go through the whole process of hosting a game selecting a level etc.. This means I can quickly test new character abilities etc, and test new maps.

Going forward this make having different game modes added a lot easier, and there will be a nice smooth workflow !

Not much has been added visually since last week however I did add a little gold node asset in the lowest levels of underground.. 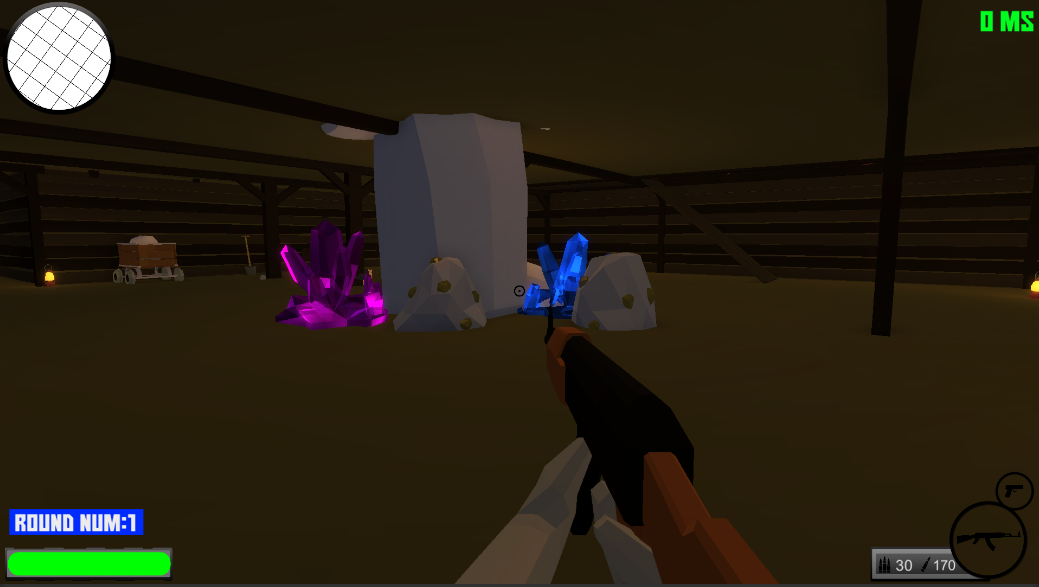