Making video games is a weird, time consuming hobby. However, its also one of the most fun hobbies you can have....you know, if you're mildly insane. Shavra - Renaissance is also still in development! 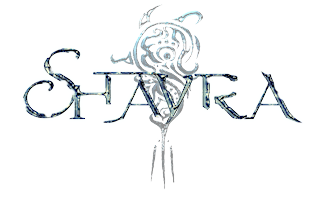 Yeah, I know there was a big post up ahead where I announced that I quit the project. Well, I deleted it...because I can do that.

I took a while off to take care of other thing and doing so I also reevaluated my game projects. In the past I had a lot of failed projects and those that where successful where usually so because they where a game I could make rather than one I necessarily wanted to make. My fantasy projects where always more focused on quality than their futuristic counterparts and I decided to decrease some of the quality standards I've set for myself.
I'm a lot more lax about many aspects of game design now, simply because I'm only one guy after all.

I also took a browse through all my favorite games and there is a quality to them that unites them all, despite them being in different genres and settings.
Immersion and atmosphere. I always had a strong focus on atmosphere in the past but not so much on immersion and I'll try to get more up to speed on that as well. I was mostly checking out older titles in this regard, mainly Gothic 1 and 2, Thief 1 to 3 and Arx Fatalis. There are a lot of things in these games that make them great that a dedicated lone artist can do with current technology. I'm of course not claiming that I can reach the level of craftsmanship these games displayed, just that I took new inspiration from them as they are, mechanically, a lot more evolved than tons of "diet-cokeish, people pleasing" newer releases. Arx Fatalis and Dark Messiah have way more bone and meat to them than the sugary Dishonored 2....if you get my hamfisted adjectives here.

I want to craft little worlds that make sense in themselves rather than have the interaction be too "gamy". If a brittle, wooden door is locked and I'm armed with a giant warhammer, I should just be able to smash it rather than look for the key. If a lit torch is lying on the floor, I should be able to pick it up. Little things like this. Real people don't talk in exposition, my NPC's shouldnt do so either. I'm ranting but I'm sure you got the gist of it after the first example.


Just like Redacted: Hired Gun was a test to see if I can get a somewhat decent shooter set up in GG, all I'm really aspiring to with this for this year is a demo to see if I can get a decent Fantasy Adventure up and running.
I've added a few more mystery and horror elements because my projects are usually slanted in this direction and because it keeps players more on their toes, even when they are solving a puzzle. There is just something way more exciting in a game like Penumbra about its environmental puzzles knowing that something might turn up to chase you than there is in a Myst game. At least for me.

In conclusion: I'm working on a little demo ...again! Set in the Shavra Universe...again! With lowered standards and ambitions than I aim for in the full game...again

But enough of this palaver: Here are some screenshots from said conceptual demo. 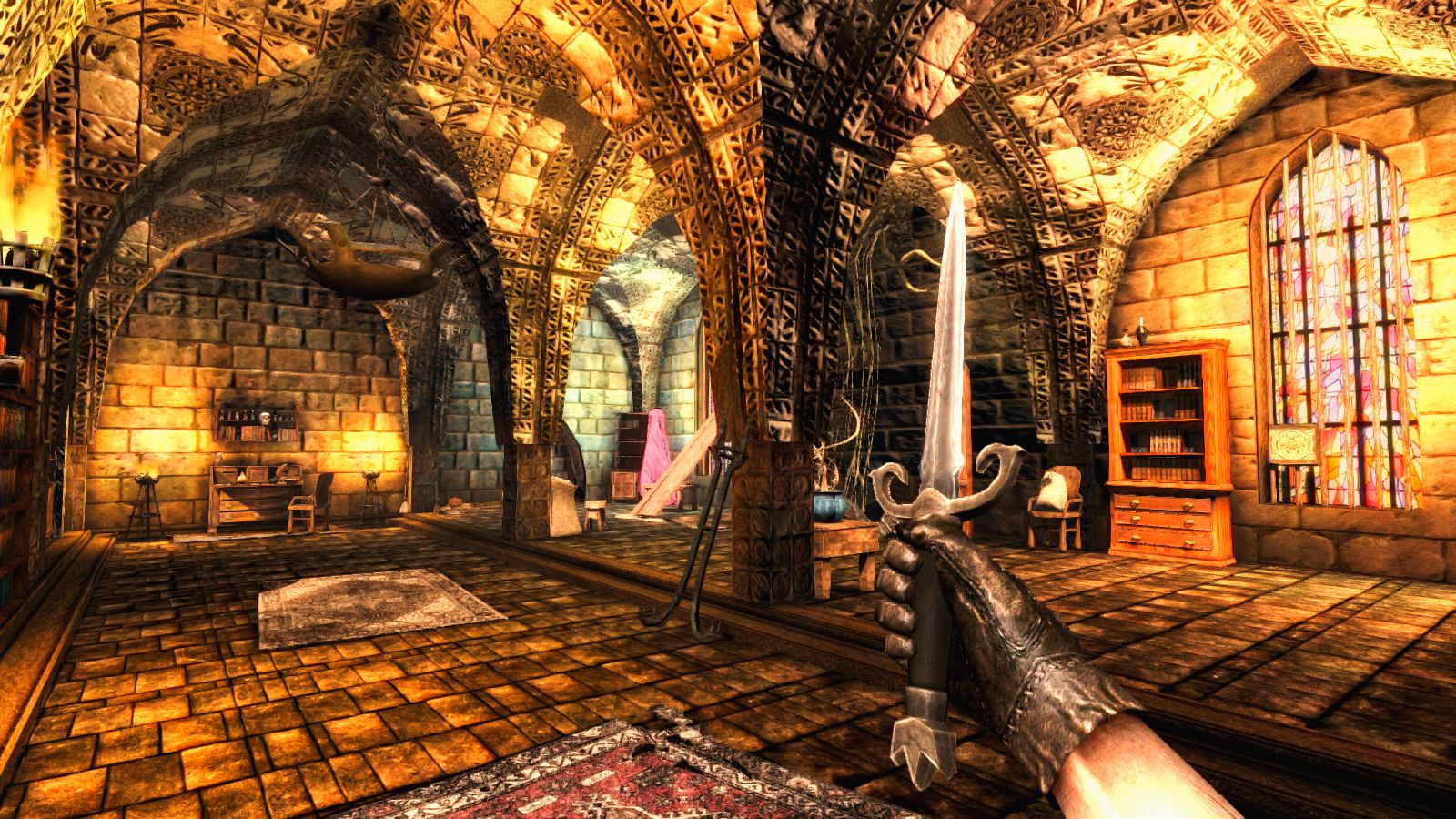 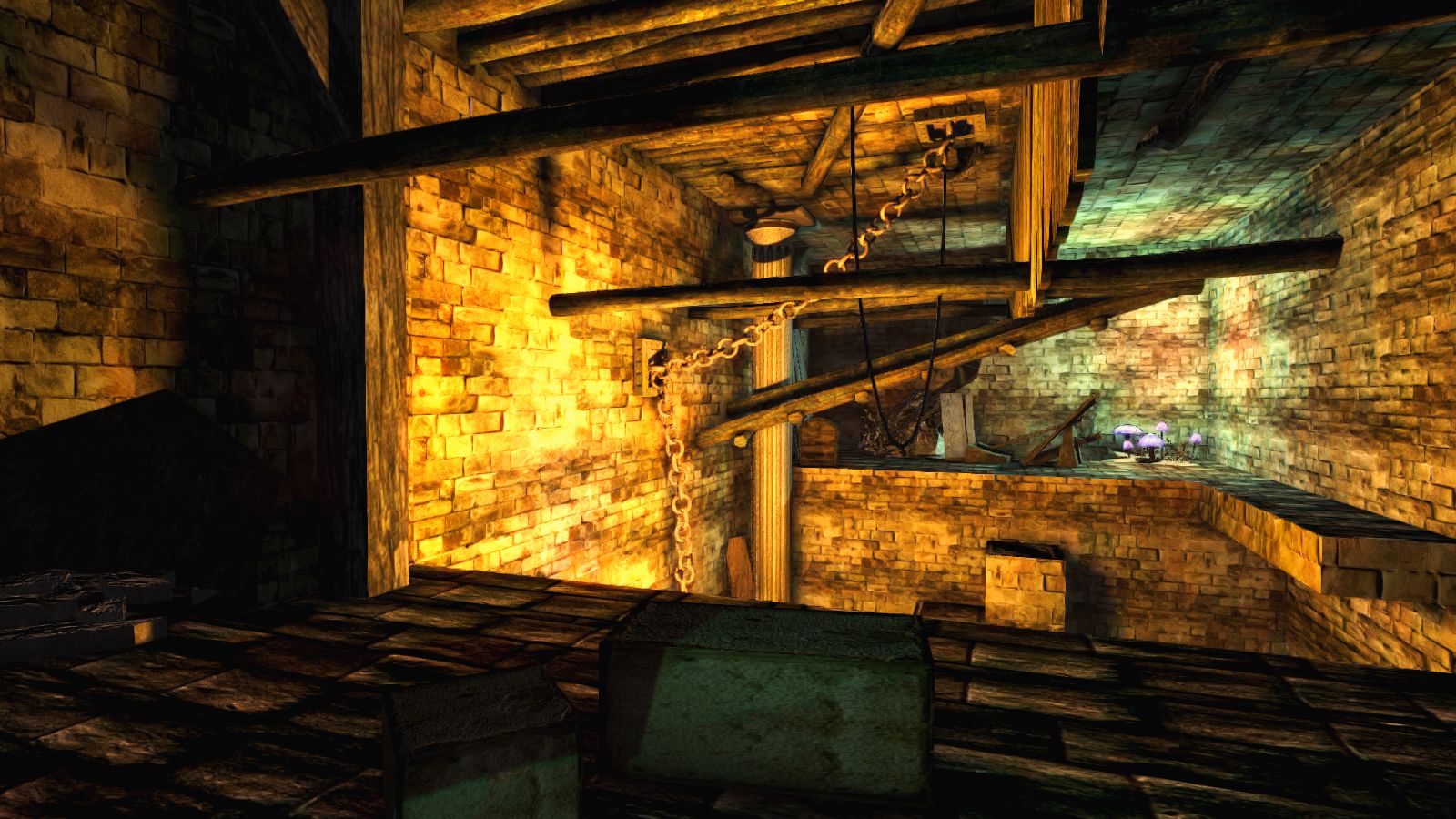 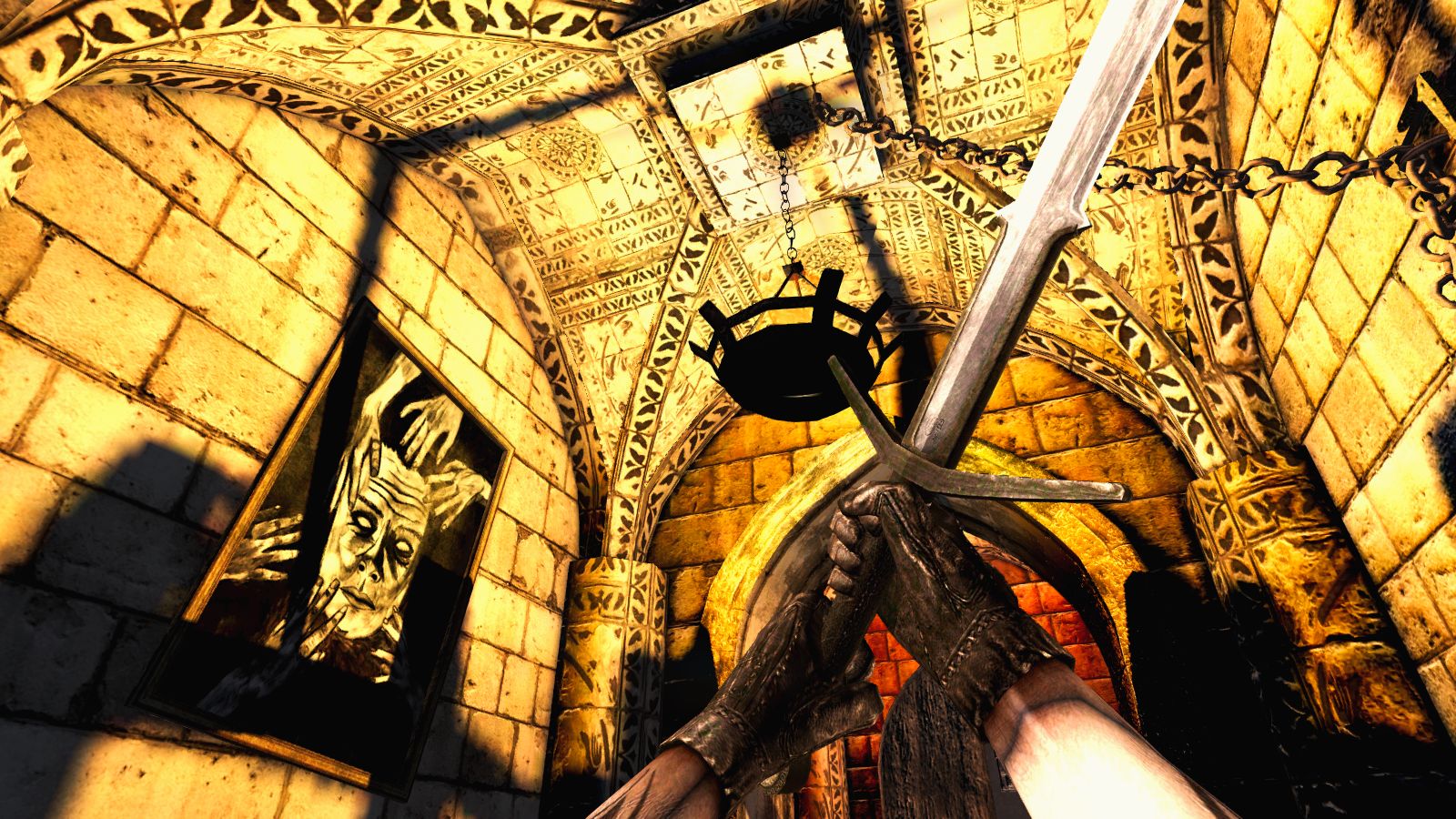 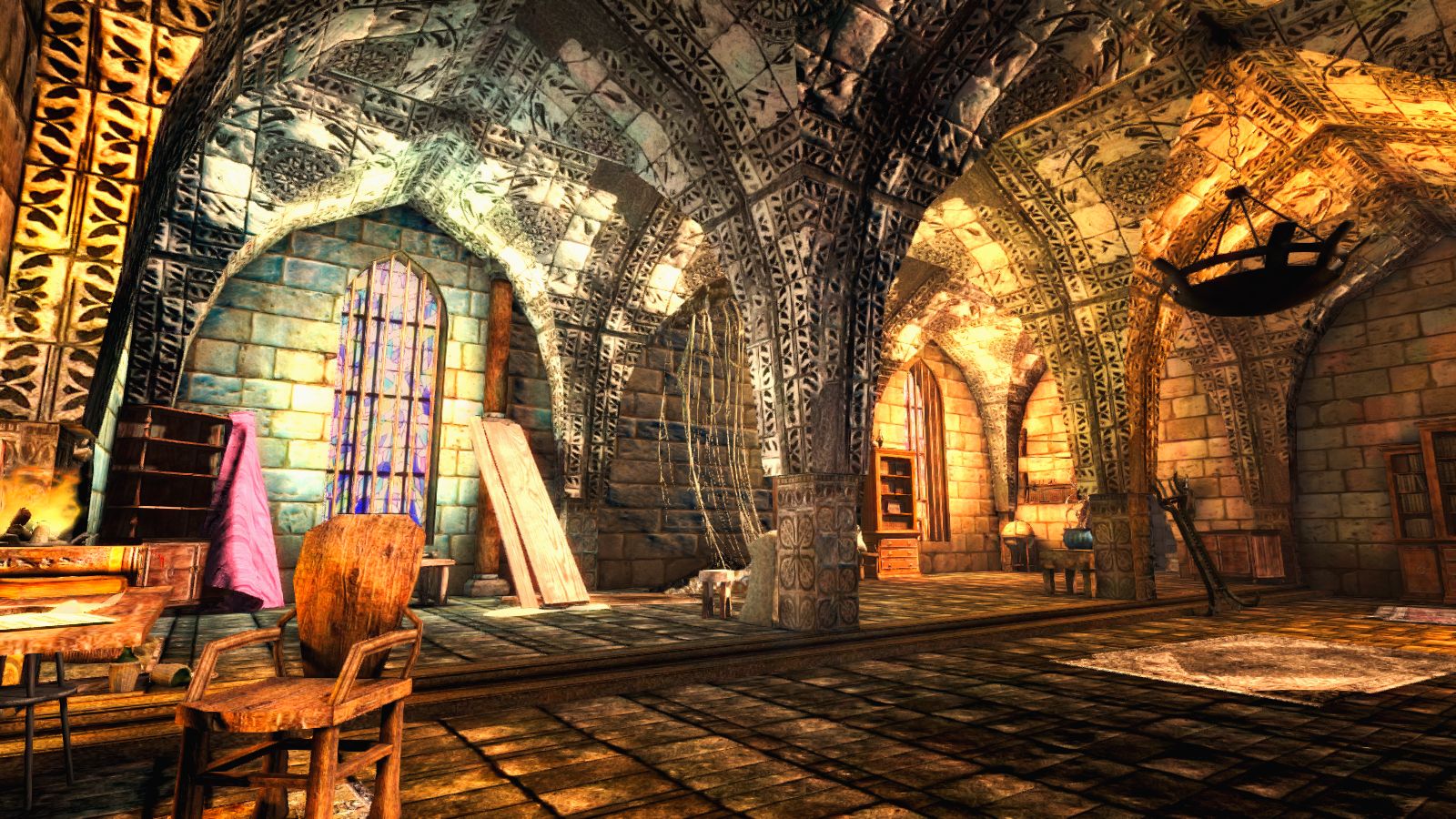 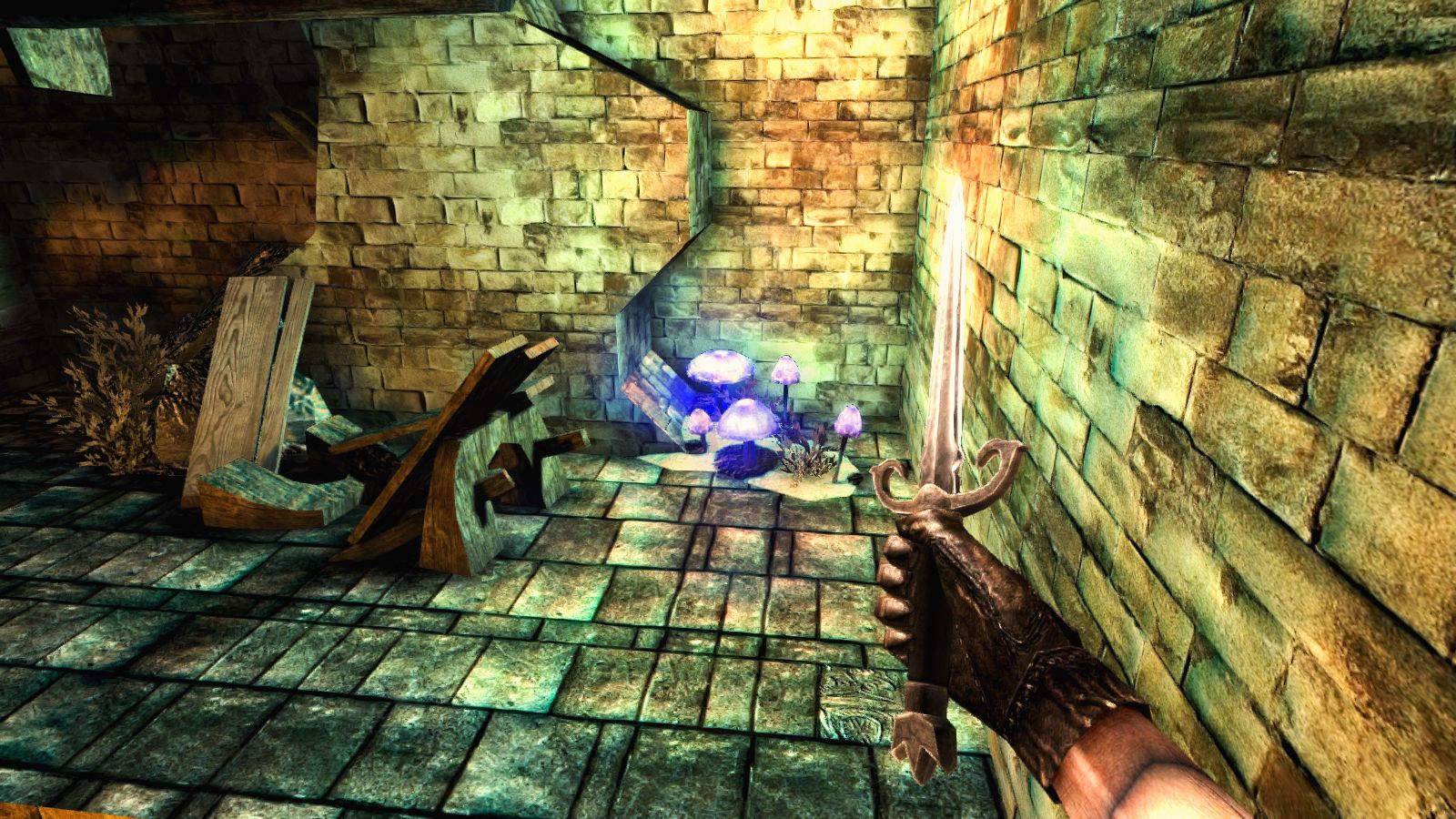 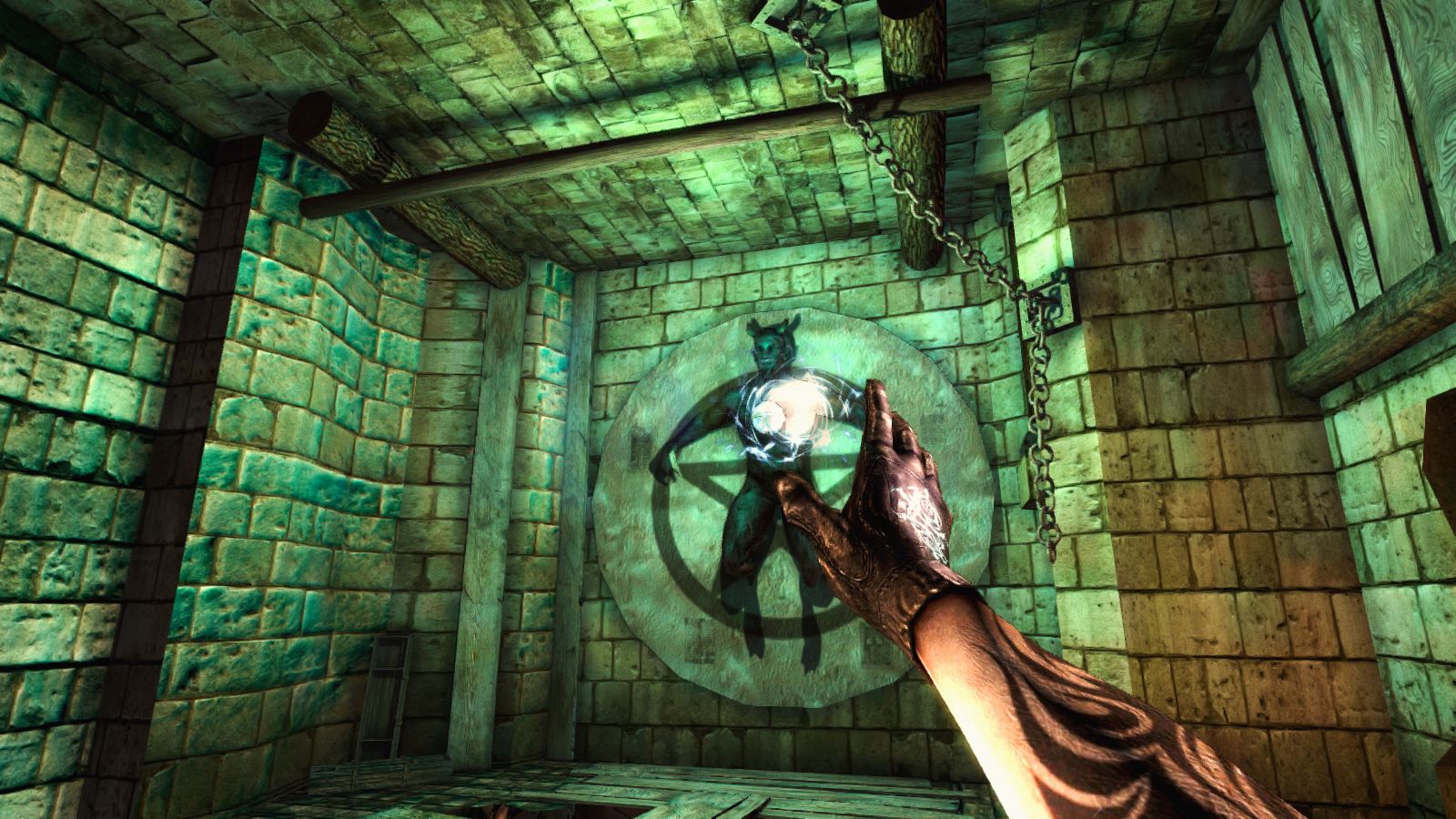 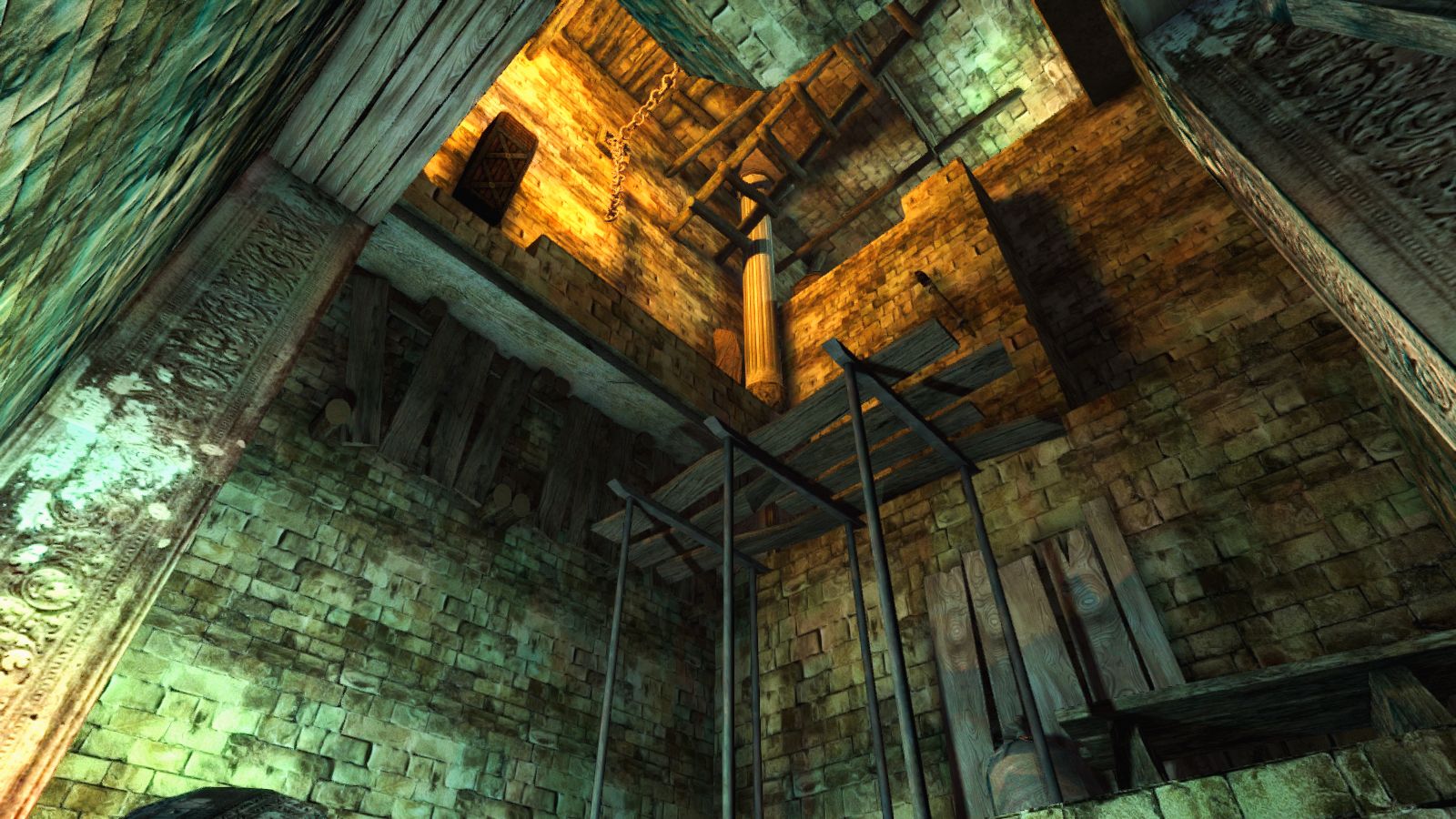 Thanks for your visit, please let me know what you think

I didn't quite get around to working on this as often as I wanted but I still managed to get quite some headway done.
The second level has all the core gameplay elements in place. However, there is nothing else there yet so I can't show you any of it just yet.
My reasons being that it would spoil where you'll have to go and take the exploration element away from the experience and its just plain ugly the way it currently is.

I'm also working on a companion that will be there a short portion of the game. However this proves a bit difficult. I'm quite capable to get an animated model working well in GG but far less capable to make it move around the map in any consistent way. However, there will be some time spent on more fundamental things before I can get to that.

The title this demo will go with will most likely be "Skrye : a shavran tale". This is a working title though.

I have also gotten around to tweak the visuals a little to edit out some of the glossy game guruness that was present before. The shader maps pop a little more and the colours convey a bit more atmosphere now. The visual errors such as mildly displaced normals, stretching and all other kinds of terrible are still in but as I said before, the bar is a lot lower for me here for the sake of getting something playable out. That does not mean that I actively neglect things, it just means that I try to ..err...be more tolerant with myself? Bah! nevermind! What matters is that another place is developed enough to be shown here...the workshop. Please keep in mind that a lot is subject to change and many static items will later be replaced with interactive ones.

I know that all these environmental shots are not that exciting as they convey little about the game, however I will also reserve some surprises about tone and plot of the game for when I release it. 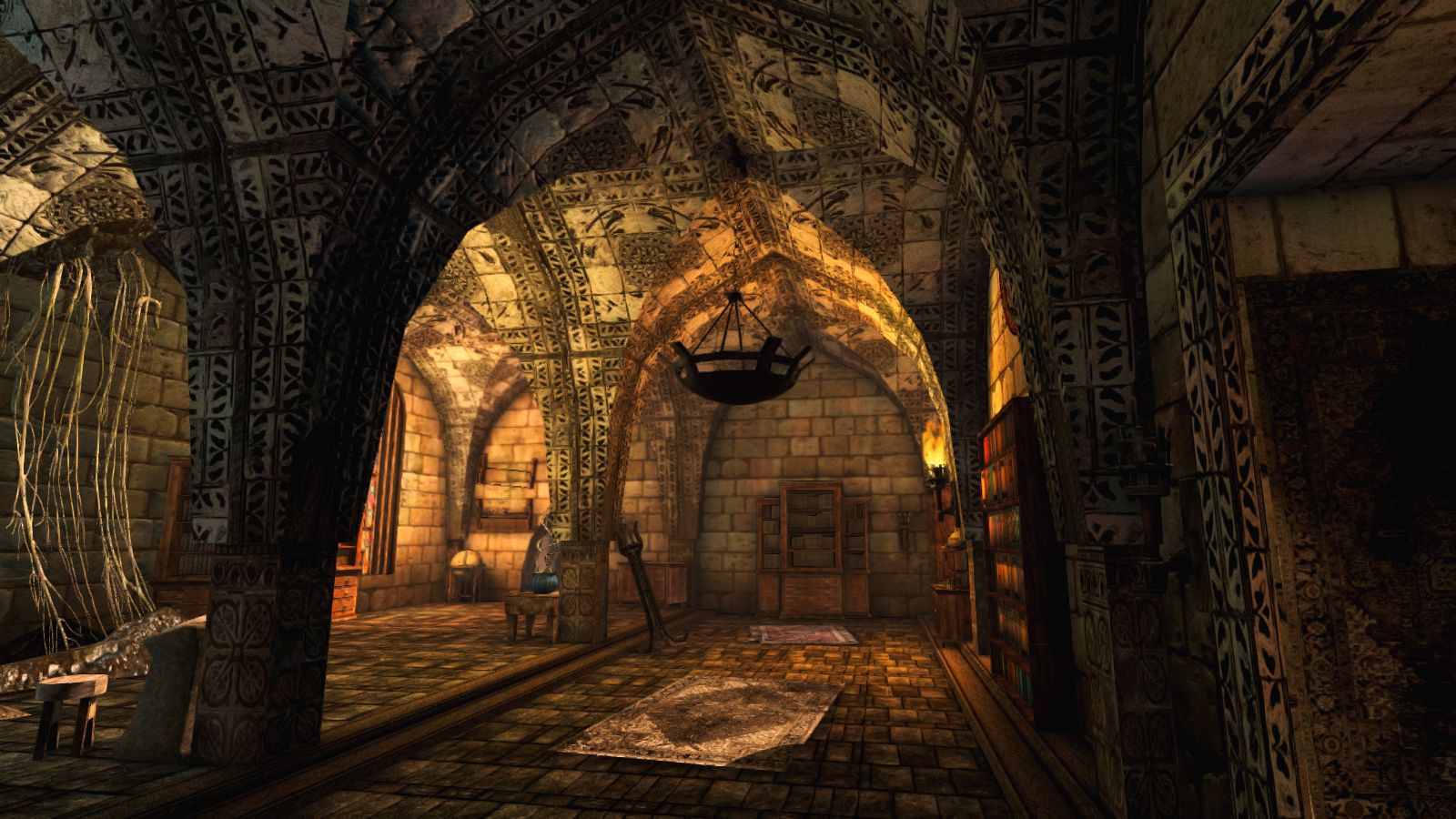 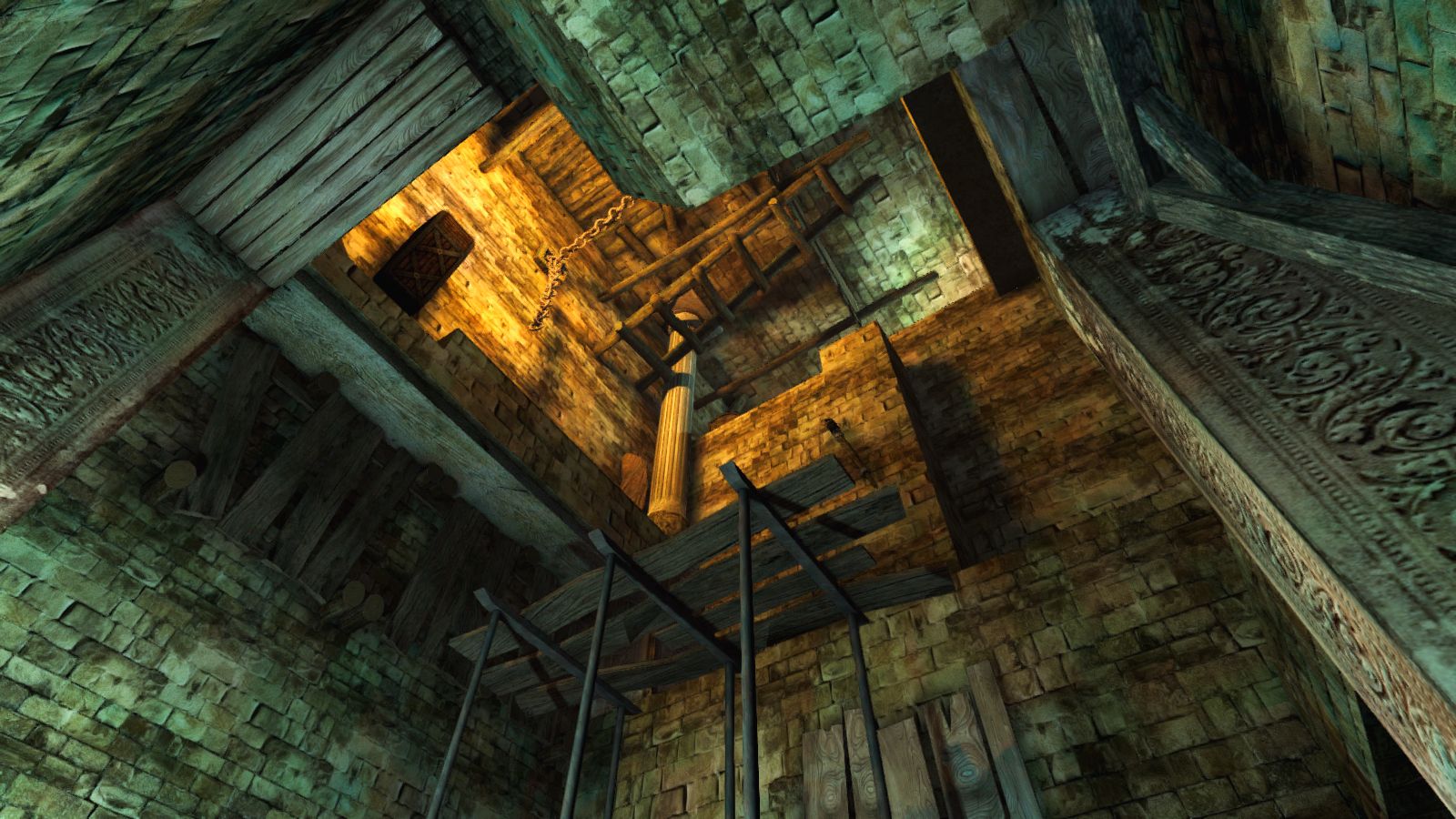 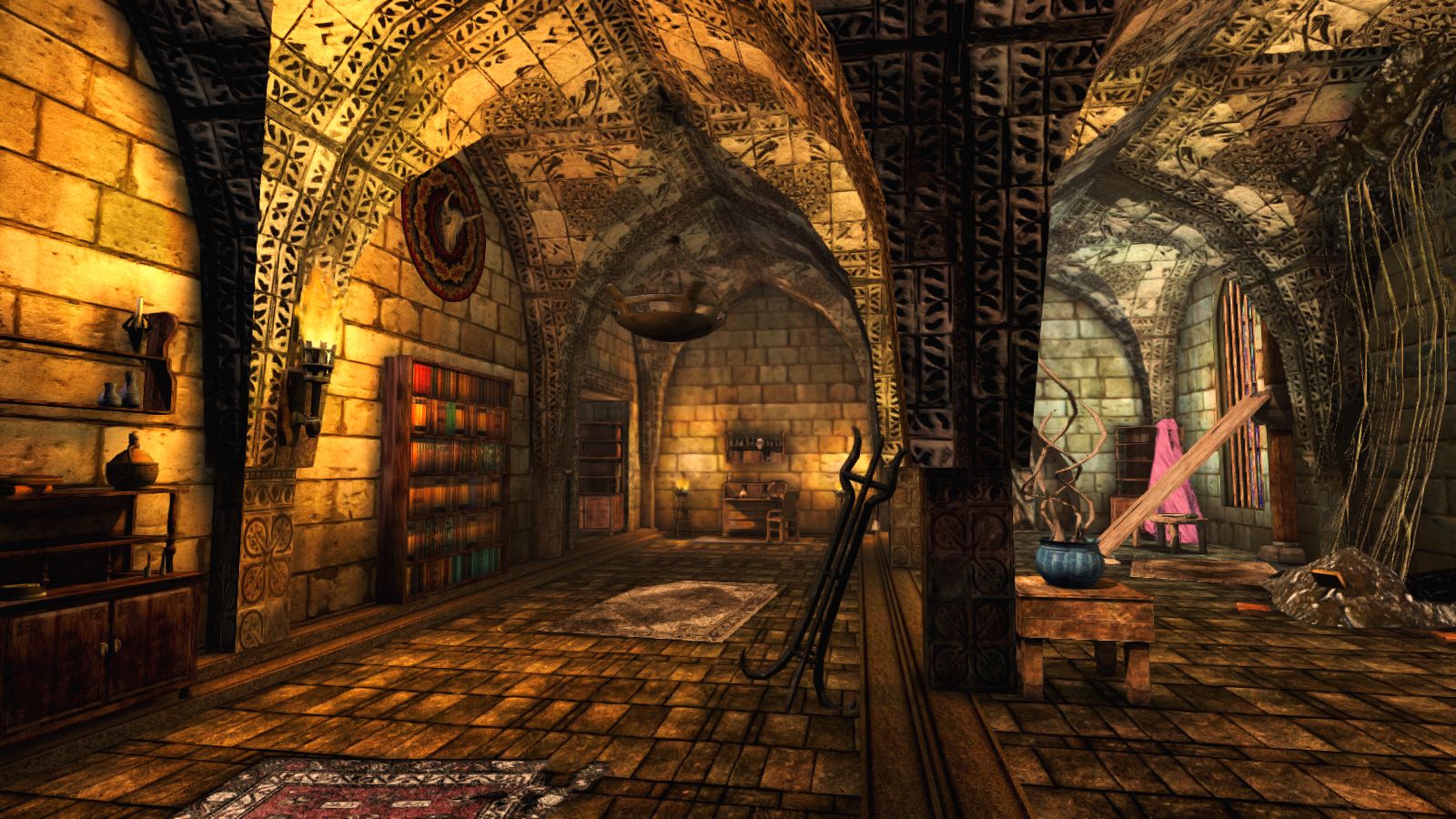 Upgraded areas which where shown before. 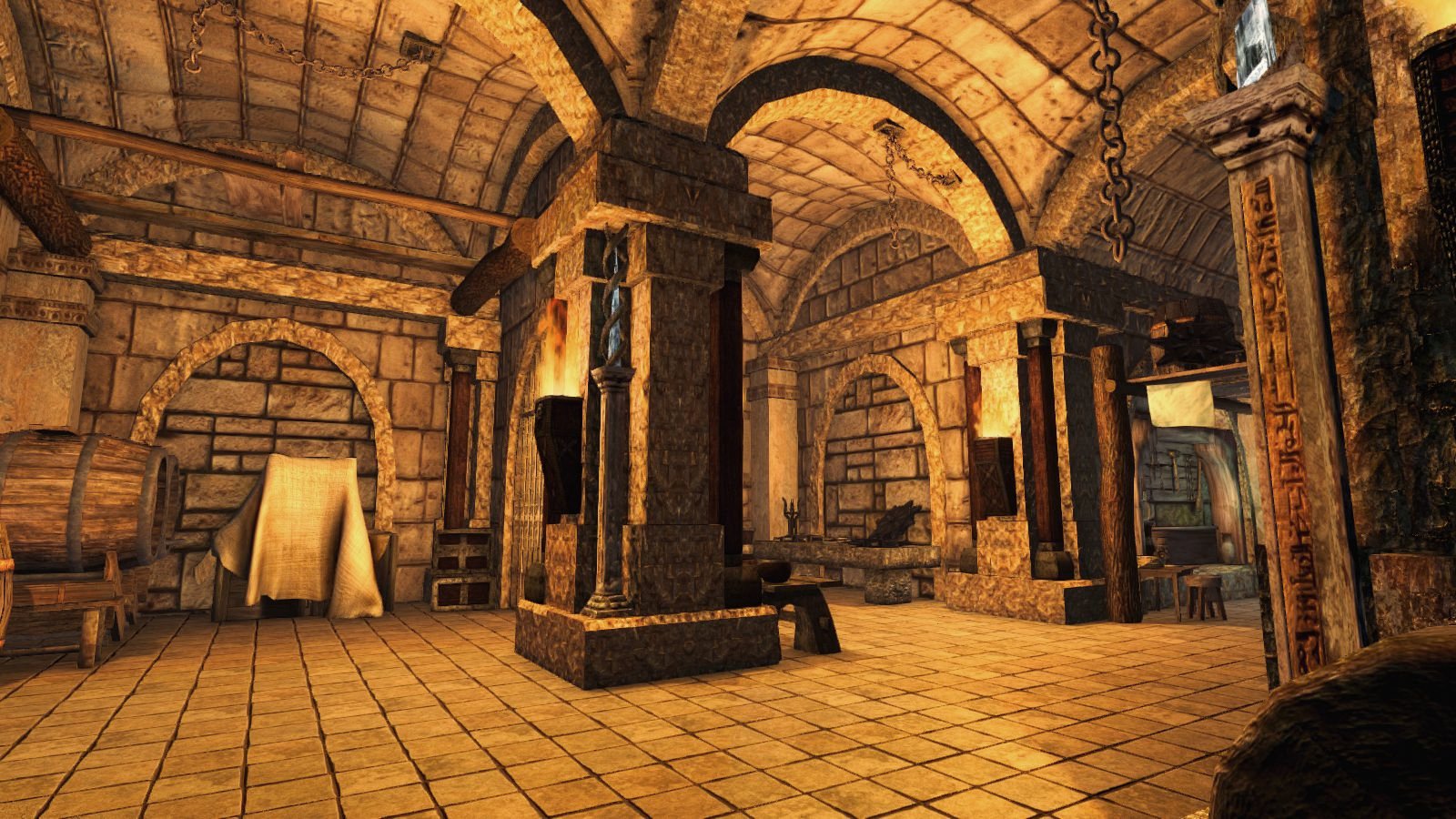 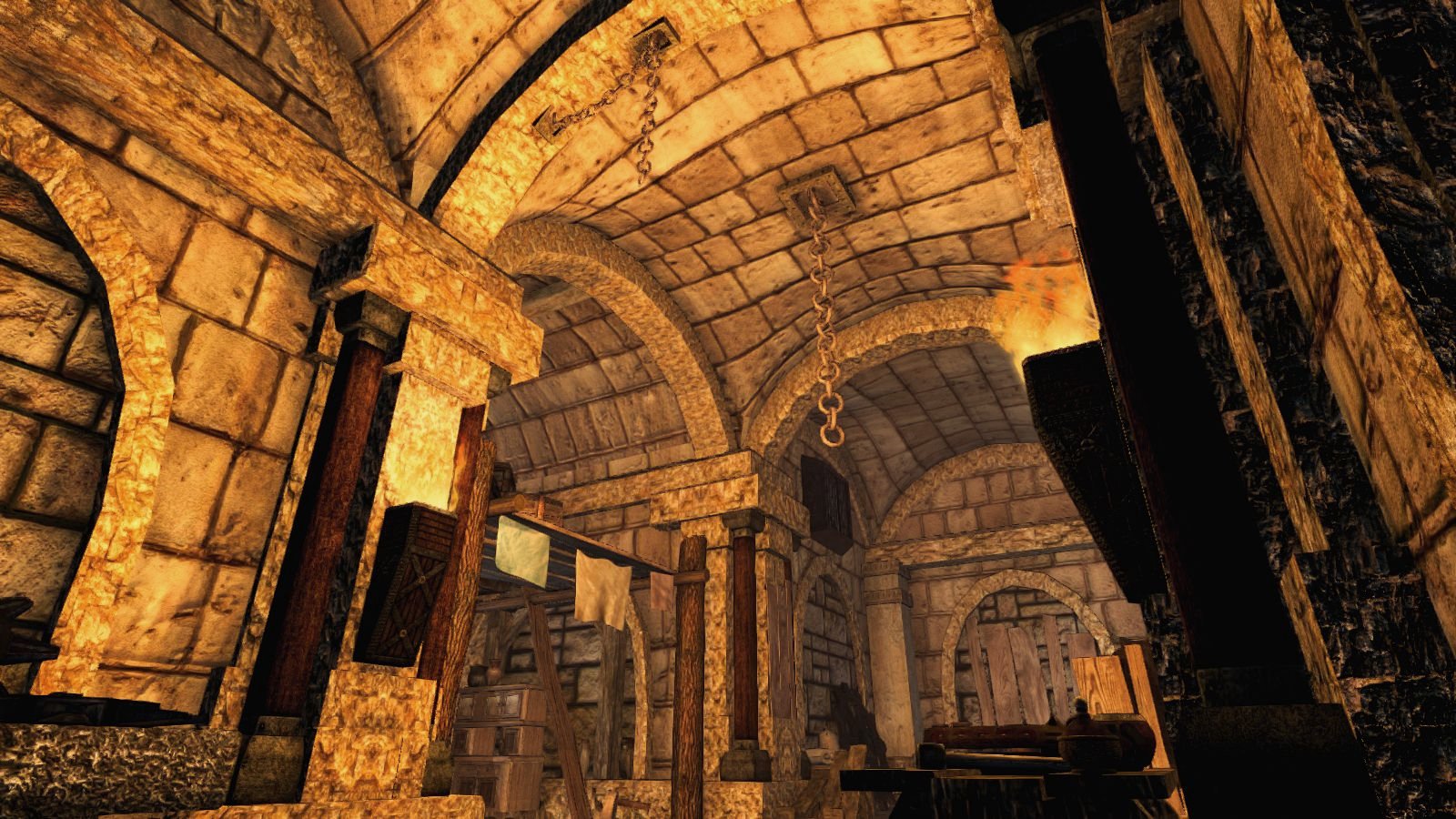 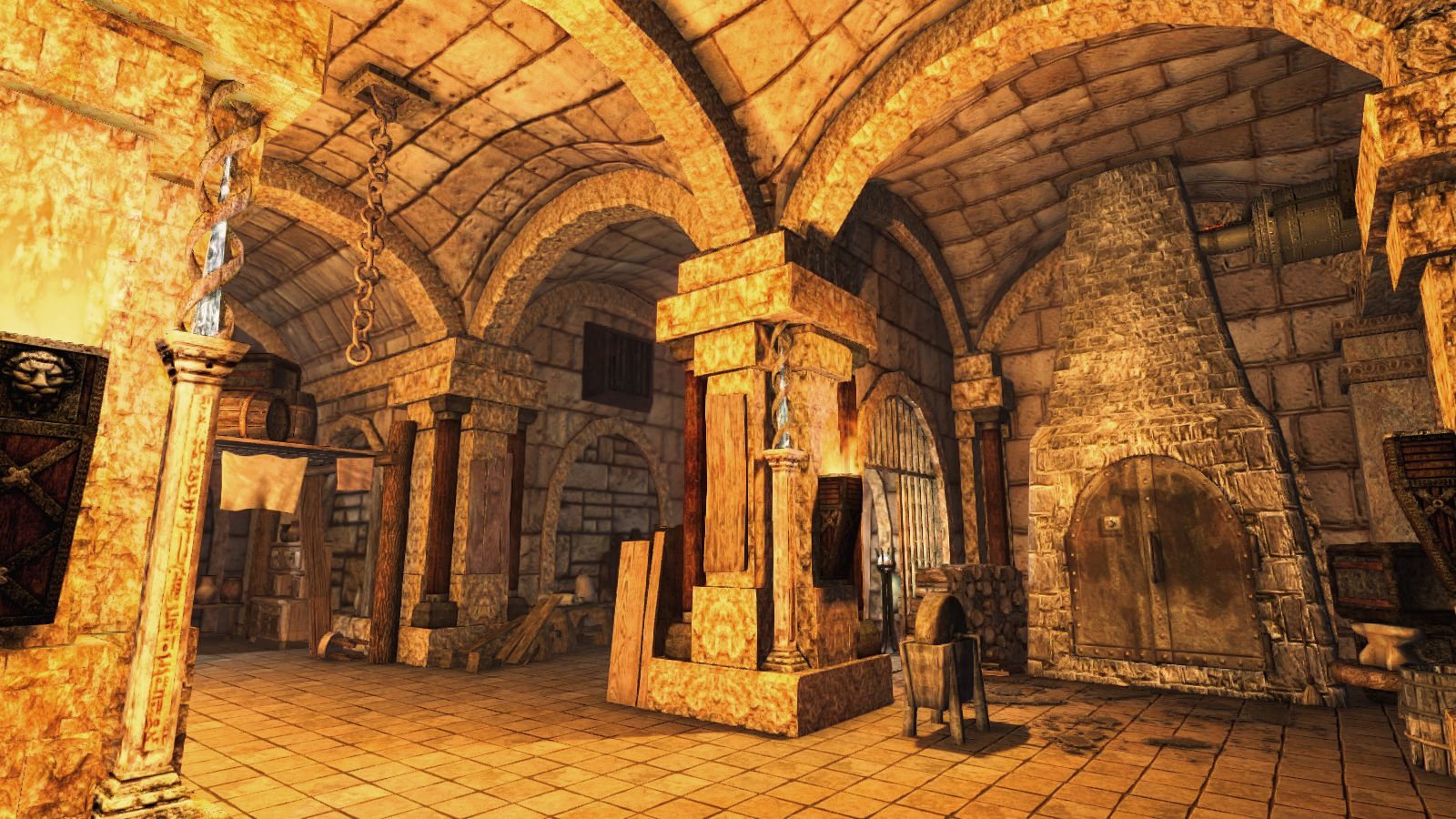 I look forward to the release.