Its been a while since I have updated this project and I have finally returned to it after a few years working on other stuff, some of it is released.

Quote from 2017: "I just noticed I have uploaded the title image for this project in 2014. Sheesh! Creepy. Its almost 4 years later and I haven't really gotten anywhere with this project. It IS my personal "flagship" project but I should get around to at least release an in-universe spin off soon. I mean...woah! "

I concur, 2017 me! Sheesh, where does the time go? Anyway, to distract myself from the sepulchral gust that I seem to feel thinking about how I started working on the first incarnation of this project way back in 2010, I'd like to announce that I like to pick it up again. A lot of time has passed and I must say that 2019 was the most difficult year I had to face. The most difficult year yet, a mocking voice remarks somewhere deep within me, but difficult none the less.

However, it was not all grim as I also spent some quality creative time learning Unity and releasing an FPS game. The latter had a profound impact on my art direction as I kept the scope as small as possible but expanded on the very doable, simple ideas enough to have sufficient material for a full game. The trick here is that this way, I can actually drag something to be released.

I have started developing Shavra in a very early version of GG and you can see it evolve in this thread. A lot of you reading this will likely remember how rudimentary GG was back in the day. Broken, bugged and it all ran at a snails pace. Well, a lot has changed since then... I've gotten around working with its lightmapper, now somewhat intact again and to my surprise, large maps run with a solid 60 FPS throughout.
It saddens me that this had to occur so far into development where most of the public has long given up on game guru and deems it an asset flip generator. Alas!! There is nothing I can do about that but suffice it to say that I quite enjoy working with what it became now.

Now where to I want to take this project for now? Well, I have been giving it a lot of thought and came to the conclusion that "short story" fits what I want to do with it best. In 3D at least, I believe the main plotline would make for a decent novel and I honestly consider trying my hand at writing, seeing how Ivan Ertlov has had a lot of success with it. Now this would be a german release but hey, who knows...if I pull this off, maybe it will be translated

. Hehe, I've never been a very ambitious man but I am also not a pessimist.

So, short stories. Small stories set in various locations in the world of Shavra with plot lines that all tie together over time. Now, before I get too lofty, lets just say that for now I have written up a plot for a small 10 level type game. Very oriented towards adventure game play with a grounded story line. Now, I can't even make a knock off of a large role playing game and I am honestly a bit alienated by how "fantasy" became synonymous with "role playing" for gamers. Not every game where you pick up a sword has to be a huge open world extravaganza. I always enjoyed games like Dark Messiah, Arx Fatalis, Thief, Drakan, Blade of Darkness or Hexen and take a lot of inspiration from them for this. While I always enjoyed a good fantasy plot, most stories revolving around dragons, huge battles and epic quests don't sit right with me. J.R.R. Tolkien knew how to pen such a tale but most modern incarnations have an after taste of high fructose corn syrup to me. ...but I digress. 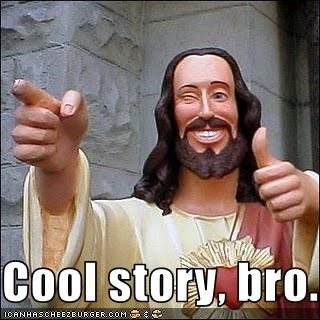 I brought up Hexen because the melee combat in GG is still rather basic so I aim to go with a more magic based approach à la "the wheel of time". (play it, if you haven't

Its pretty decent.) With working on this instead of an FPS game I also shot myself in the foot because I will need to get down to a lot of scripting eventually...that will prove to be interesting.

Anyway, while I have gotten back to it only recently, here are a few shots of a new area. Most of the things in this thread are old ideas from my FPSC days and its an absolute blast to be able to bring them to life now. The swampy, forested land of Sha'Rath is inspired by illustrations of ancient time periods like the jurassic, carniverous or triassic time period I have seen in books as a child. I hope to nail the atmosphere eventually. I've set the earlier prototype of this game in a desert, because there was no way back then to do forest in GG and not have the game stutter with the frame rate of a dia show. 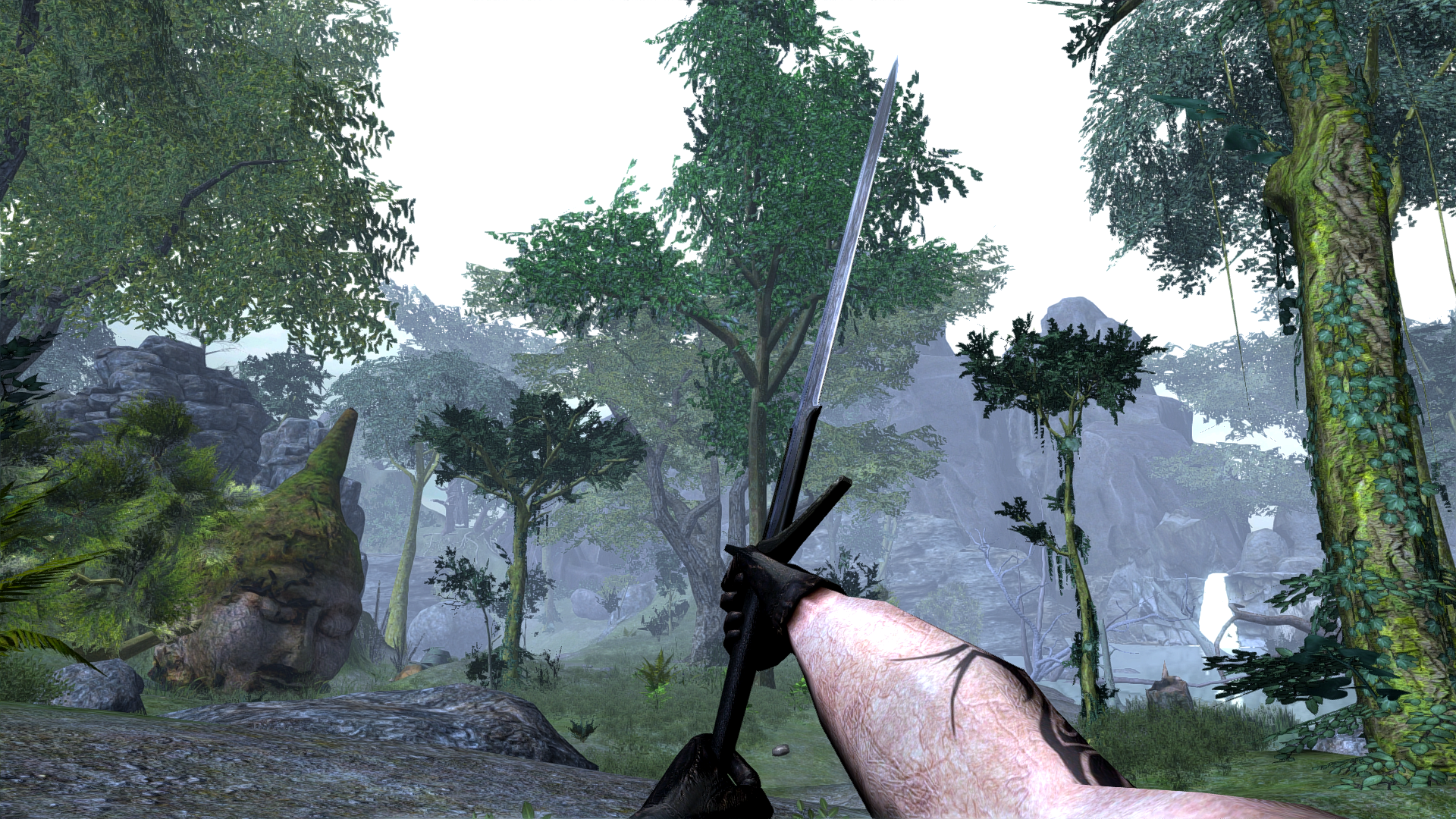 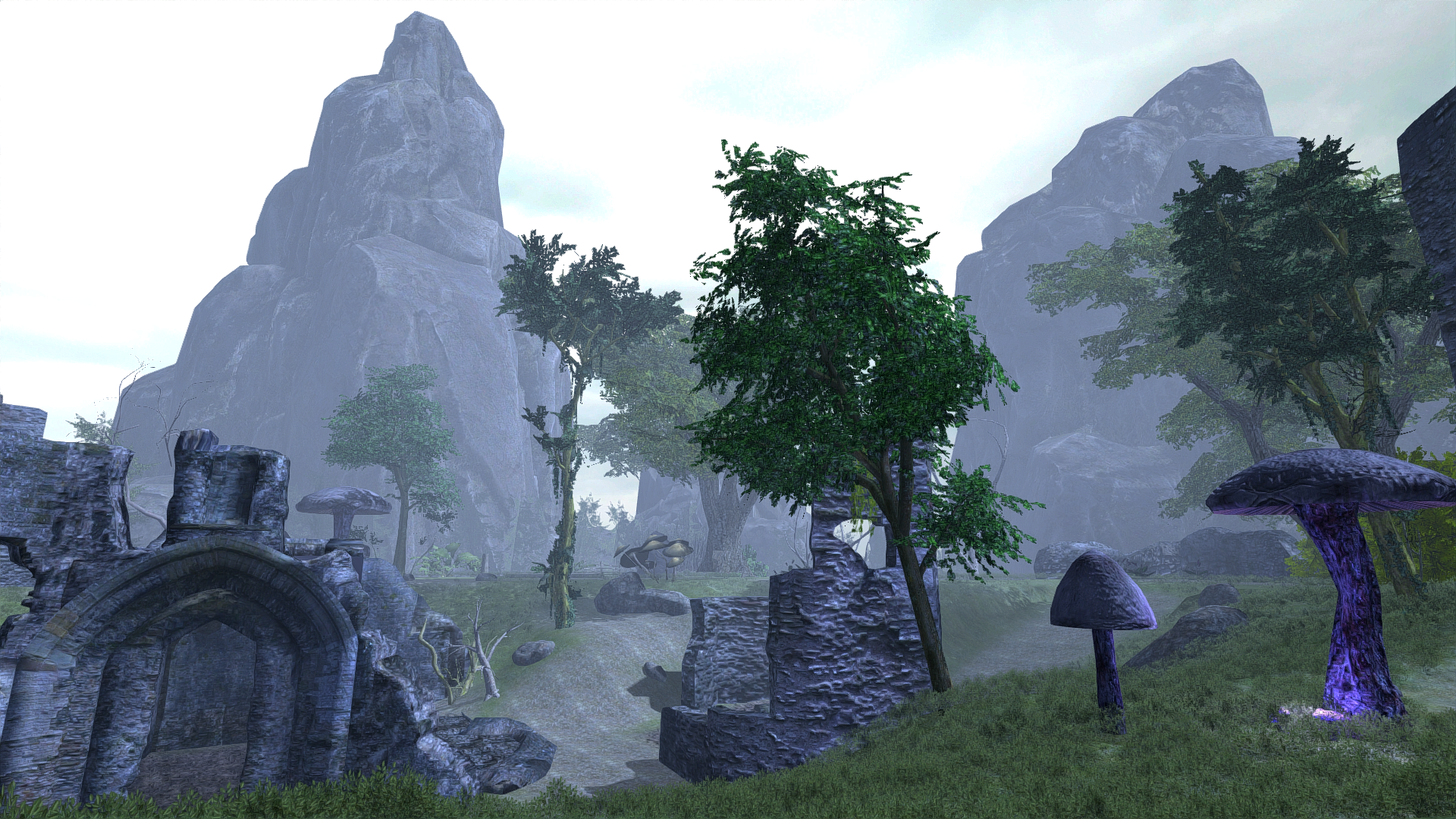 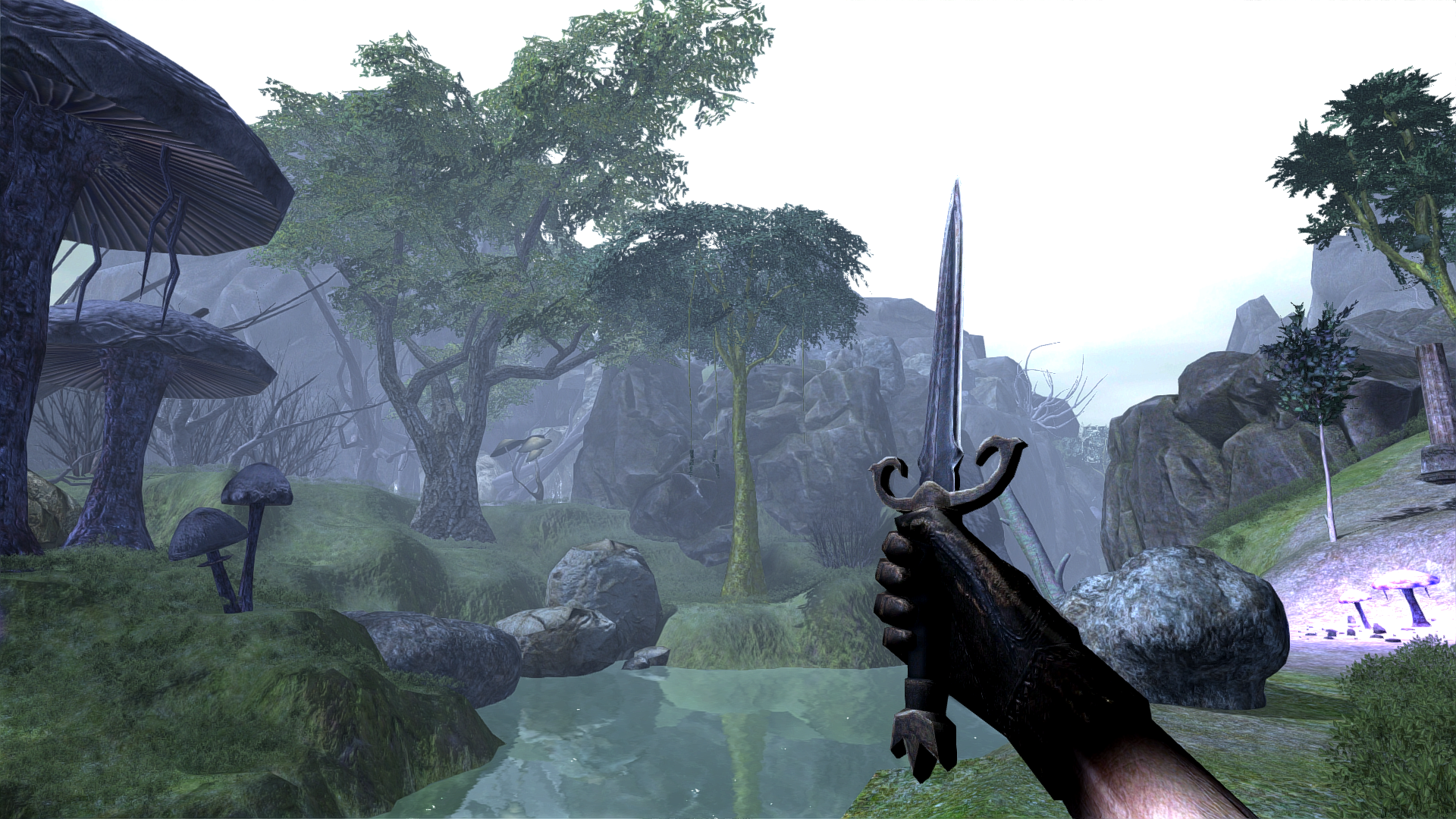 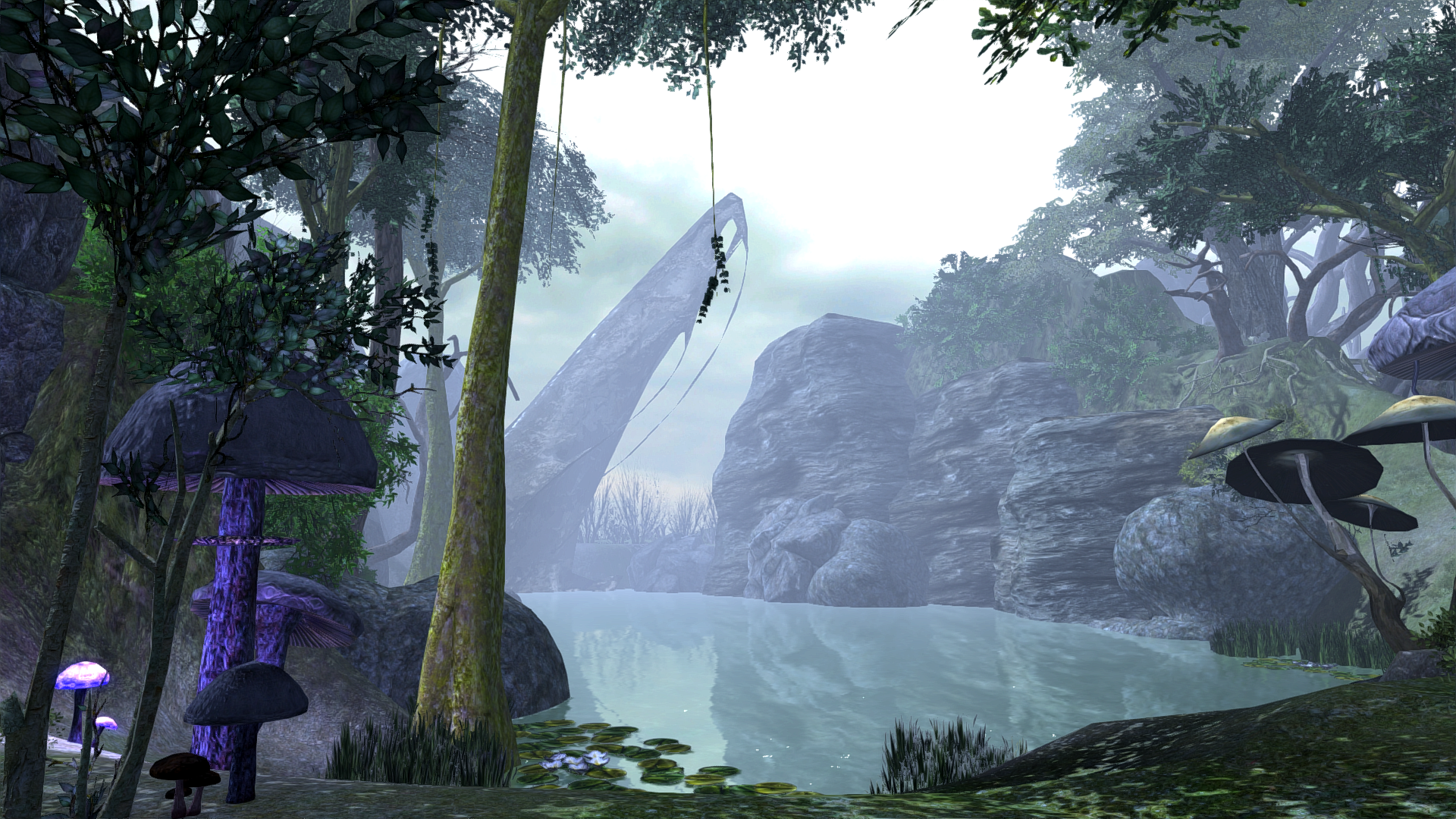 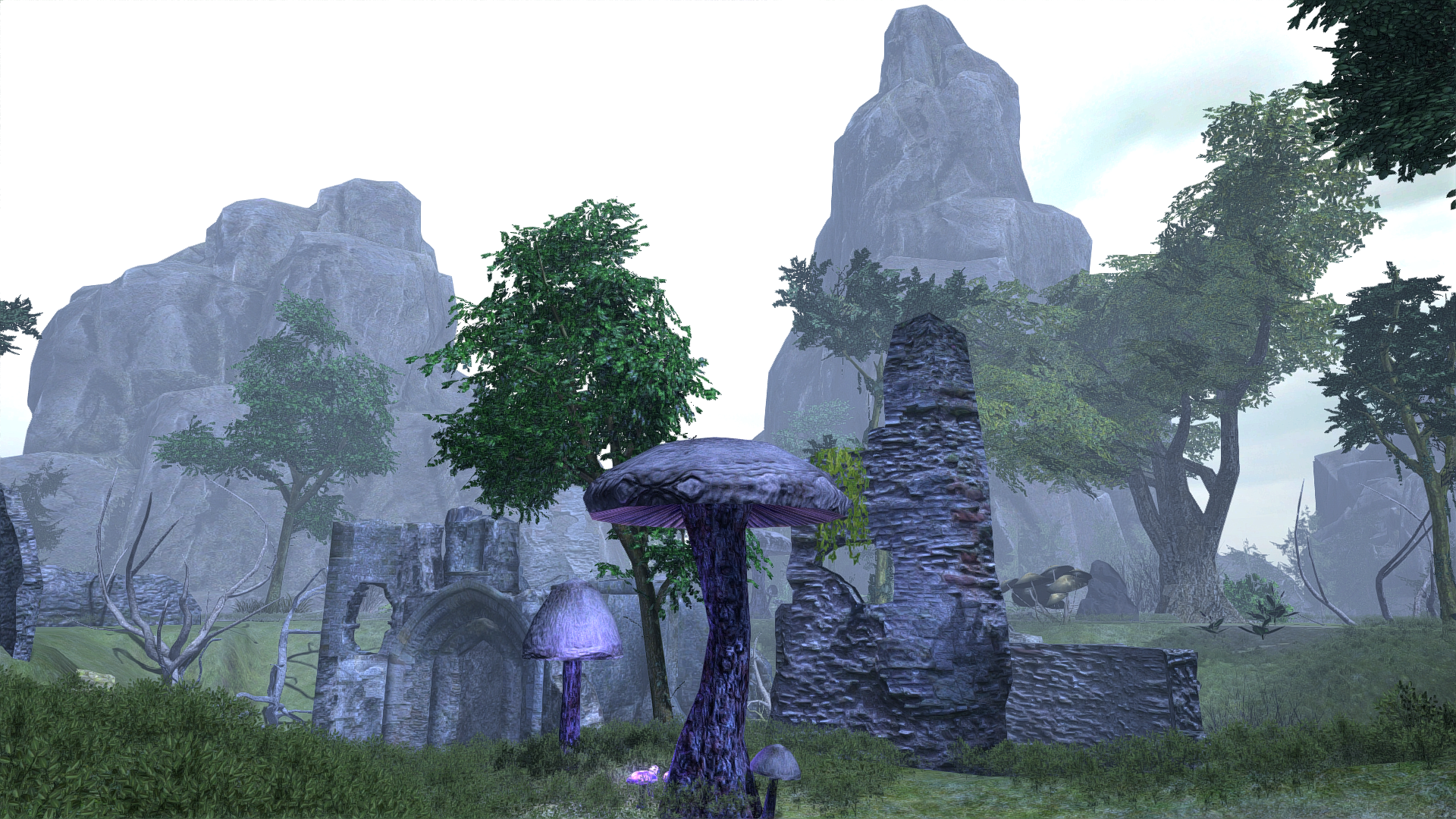 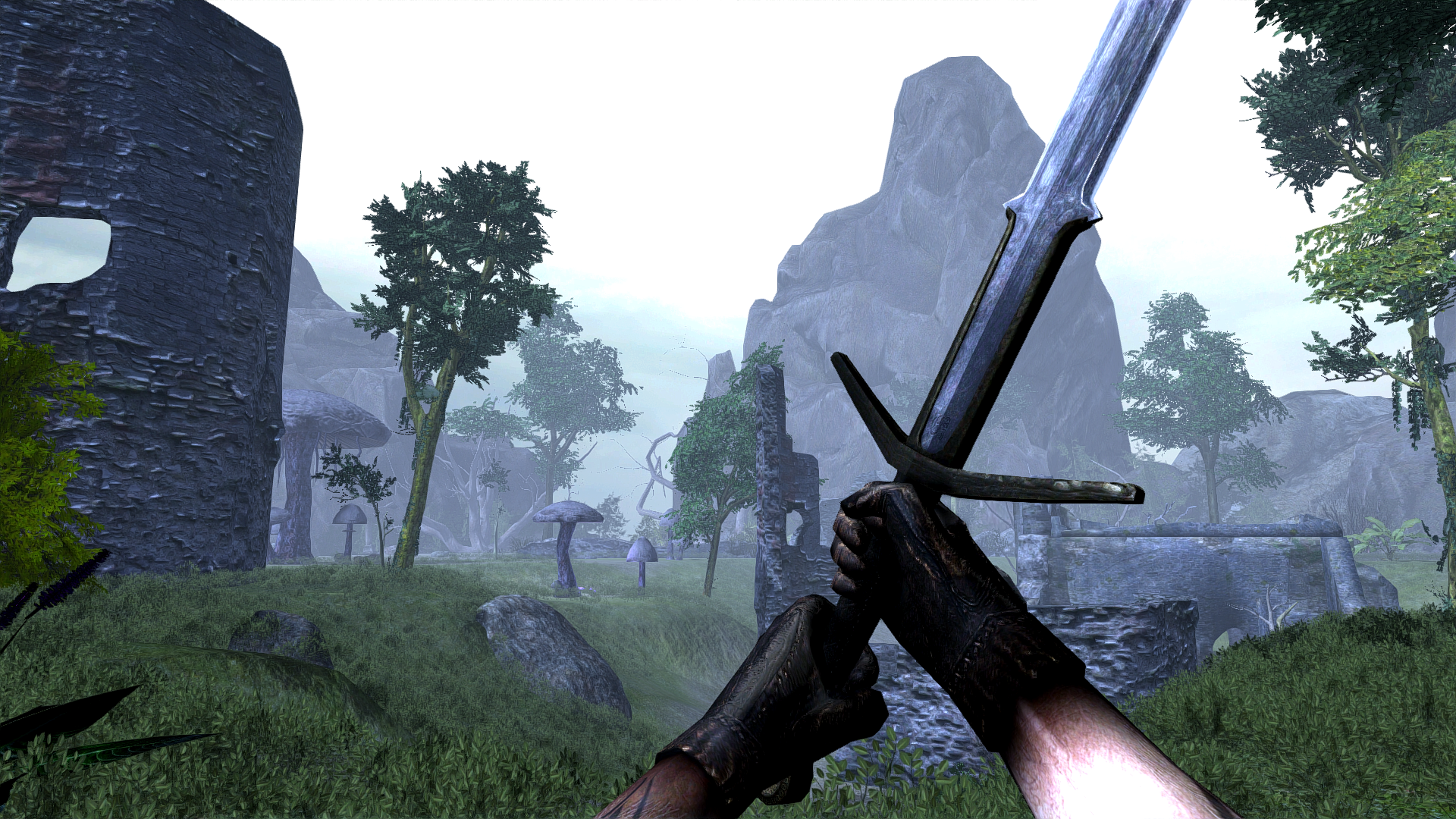 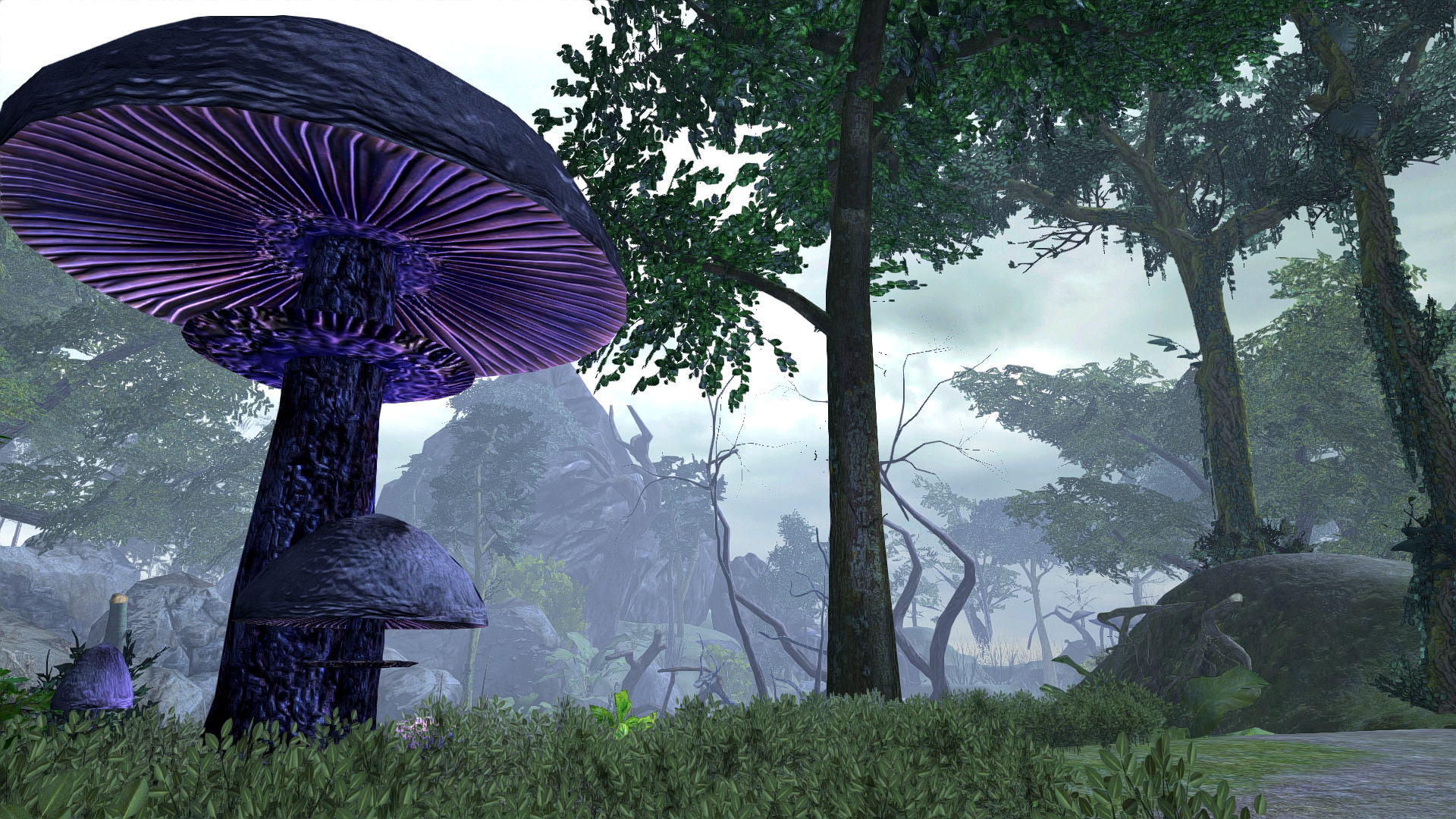 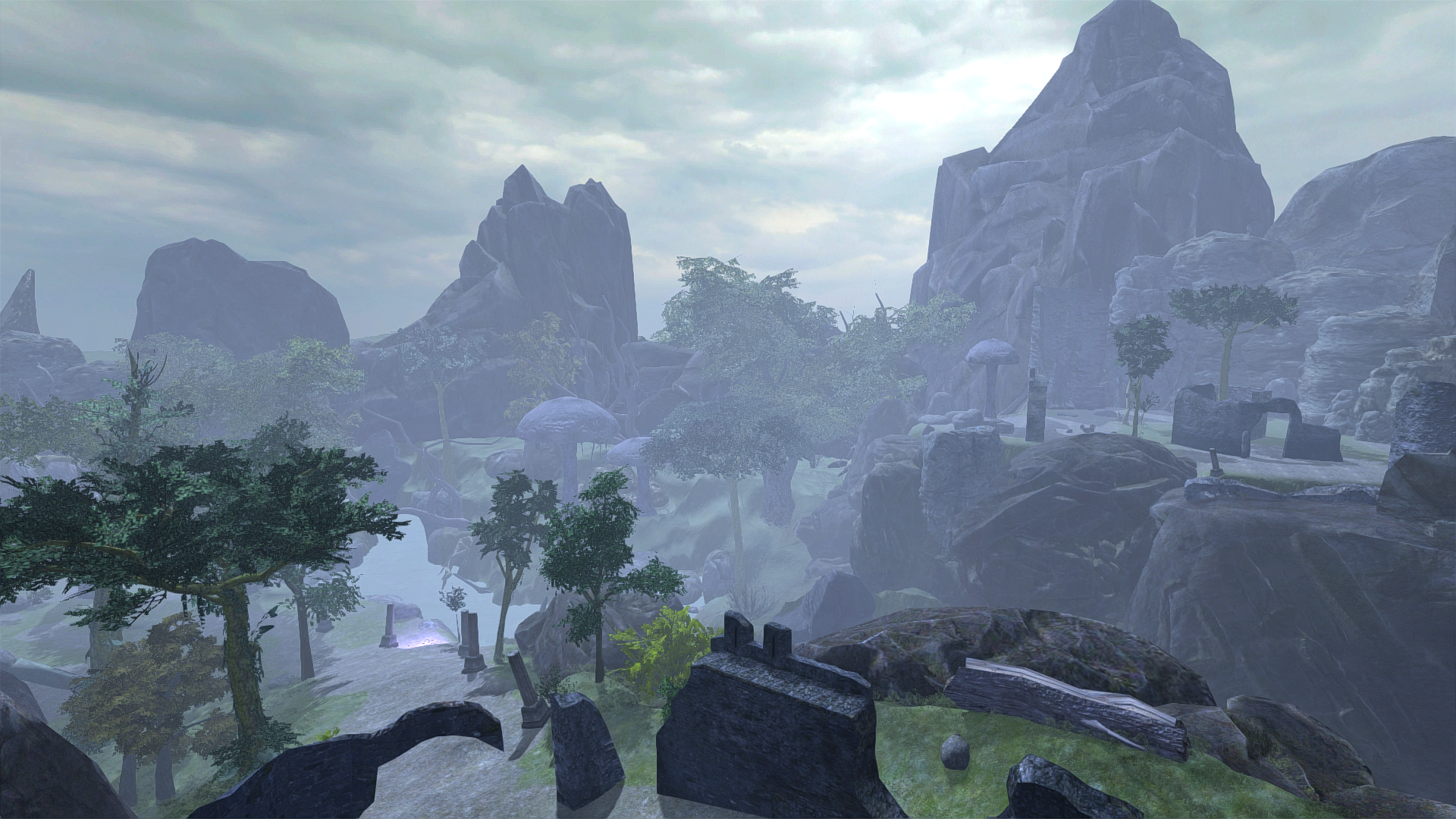 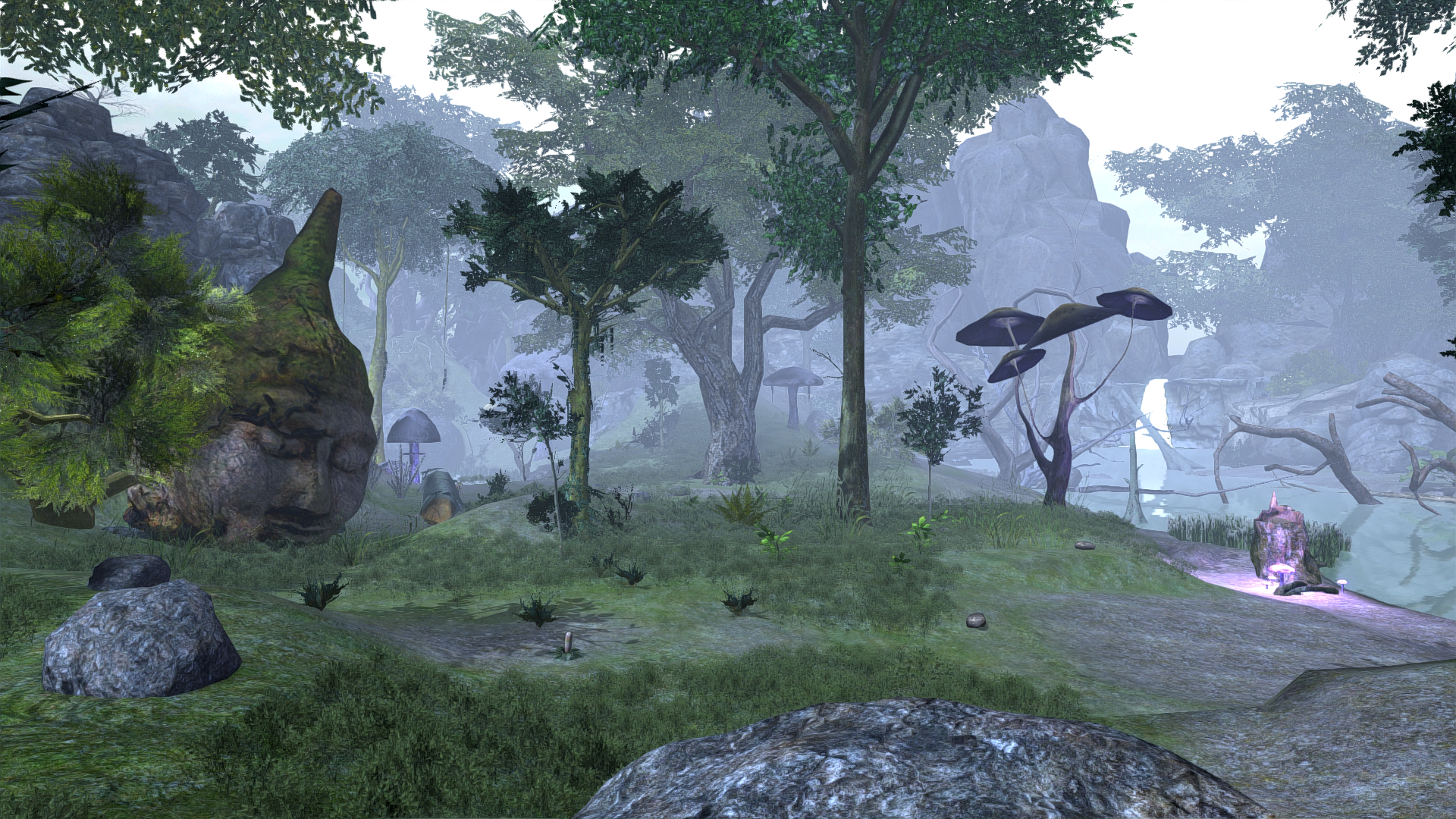 Up on the workbench next:

* You may have noticed that these weapons don't look right, with the pitch black shadows on them. That is because they are still tweaked for the X9 shaders and will be updated to PBR.
* A health bar and health vial system
* Some basic wild life for this area and later on the enemies you will face.
* Lot of small things I will bring up as I go along with this

As for now, I have gotten around working on this again and made some progress. The overwhelming majority of things are still in a very early, rushed state. Mostly because I never actually did much LUA for this, unlike Acythian, so I have to do almost all in-game systems from scratch. I have an inventory framework and even figured out a work around to having a key or quest object simoultaneously show up in the players inventory but also acting as a standard key. So thats good. However, now I struggle to add more player attributes than health to flesh out the game. If anyone made some headway here or has suggestions of what can be done, I am always open for ideas.

On the visual front of things I have taken the time to brush up my old stuff. I mean old stuff. I have some fantasy props from the FPSC community that date back to 2006 and while I could just remake them from scratch, with a higher poly count and generally increased detail I decided to just use my texture library (mostly stuff from textures.com and davegh in this case) and quickly spruce them up with new textures, UV's and shaders. I mean, the original ones used solid colors on some.
Now this is mostly sentimental value because I have used these props so often throughout the years that I grew kind of attached to them.
Here is a selection so you know what I am yapping on about:

I have also gotten valuable feedback from this community that the ambient settings of my earlier screenshots didn't quite cut it so
I have overhauled them. While test runs with beautiful blue skies or an evening sunset looked the best, I did want to maintain the slightly more eeriee overcast nature of the scene and thanks to rolfy, I found just the skybox and adjusted the level to that. See here: 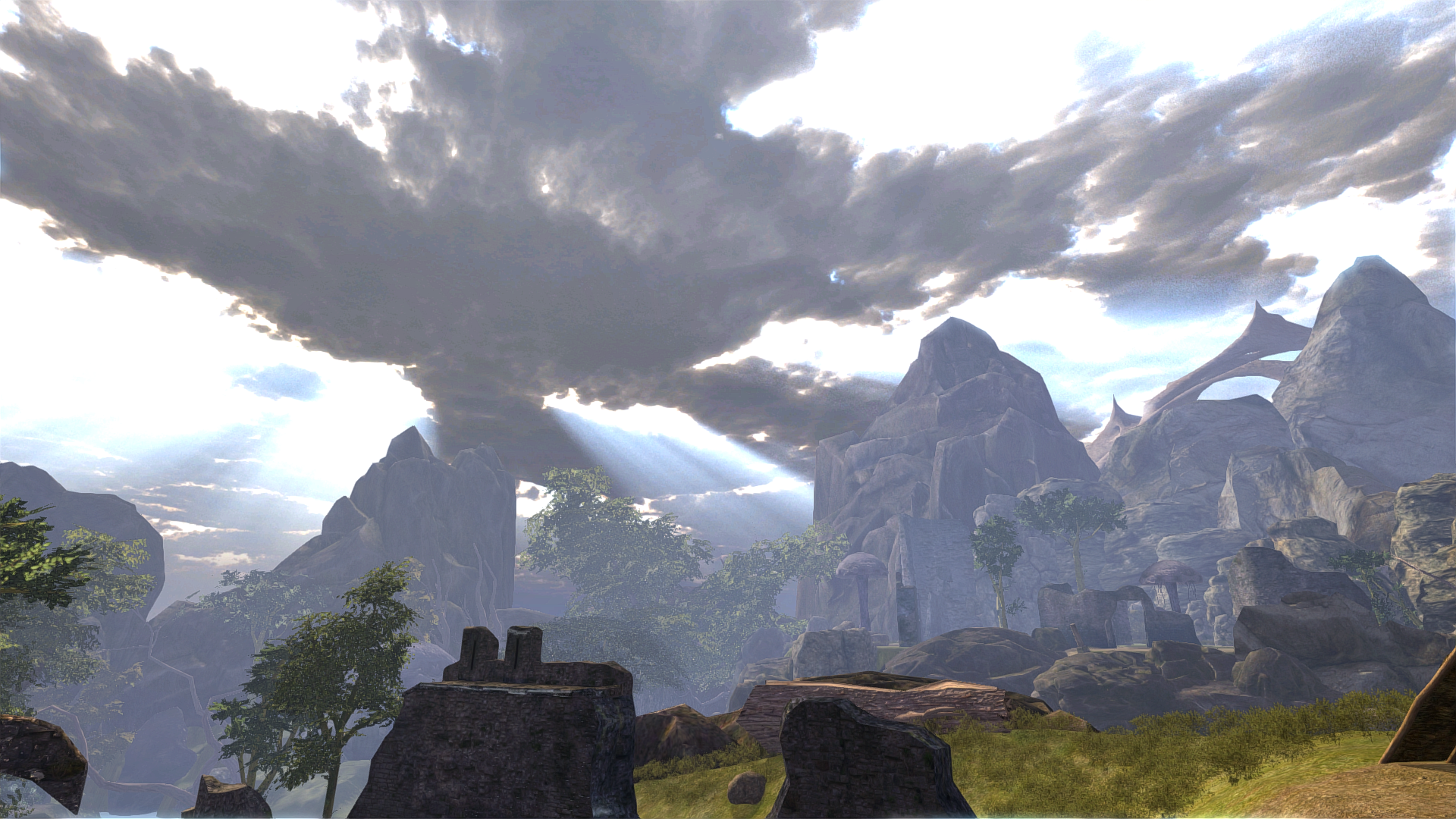 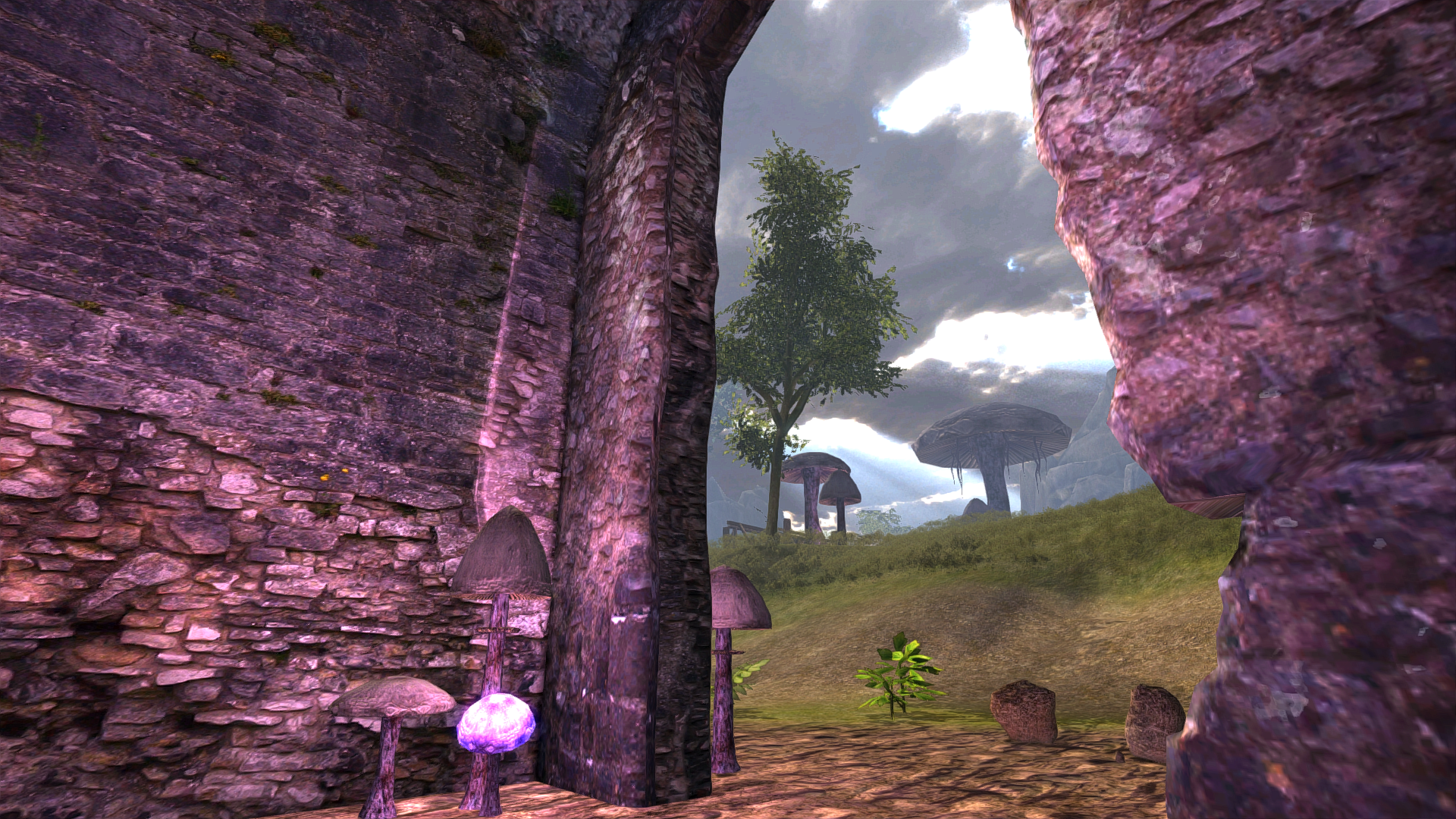 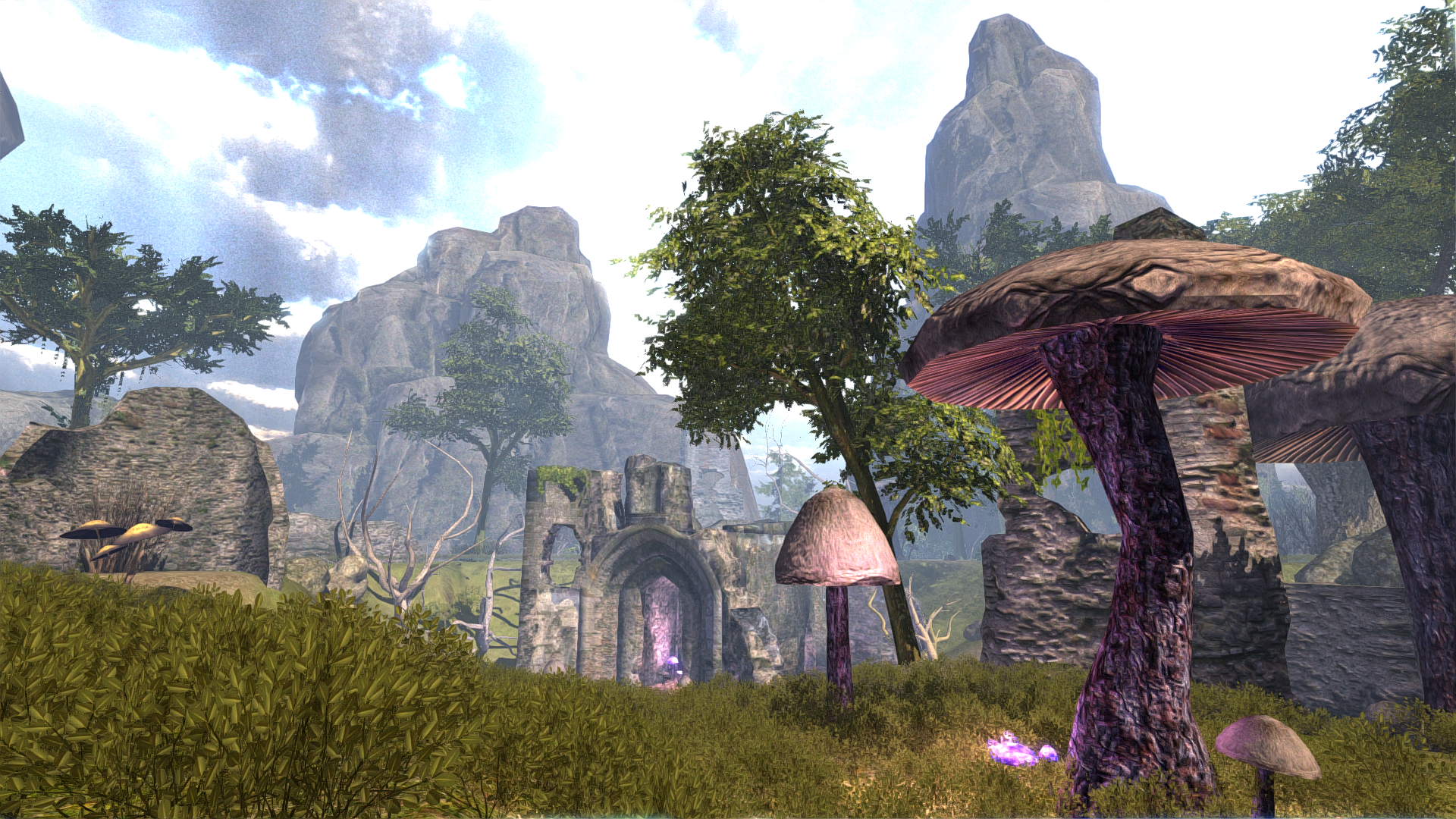 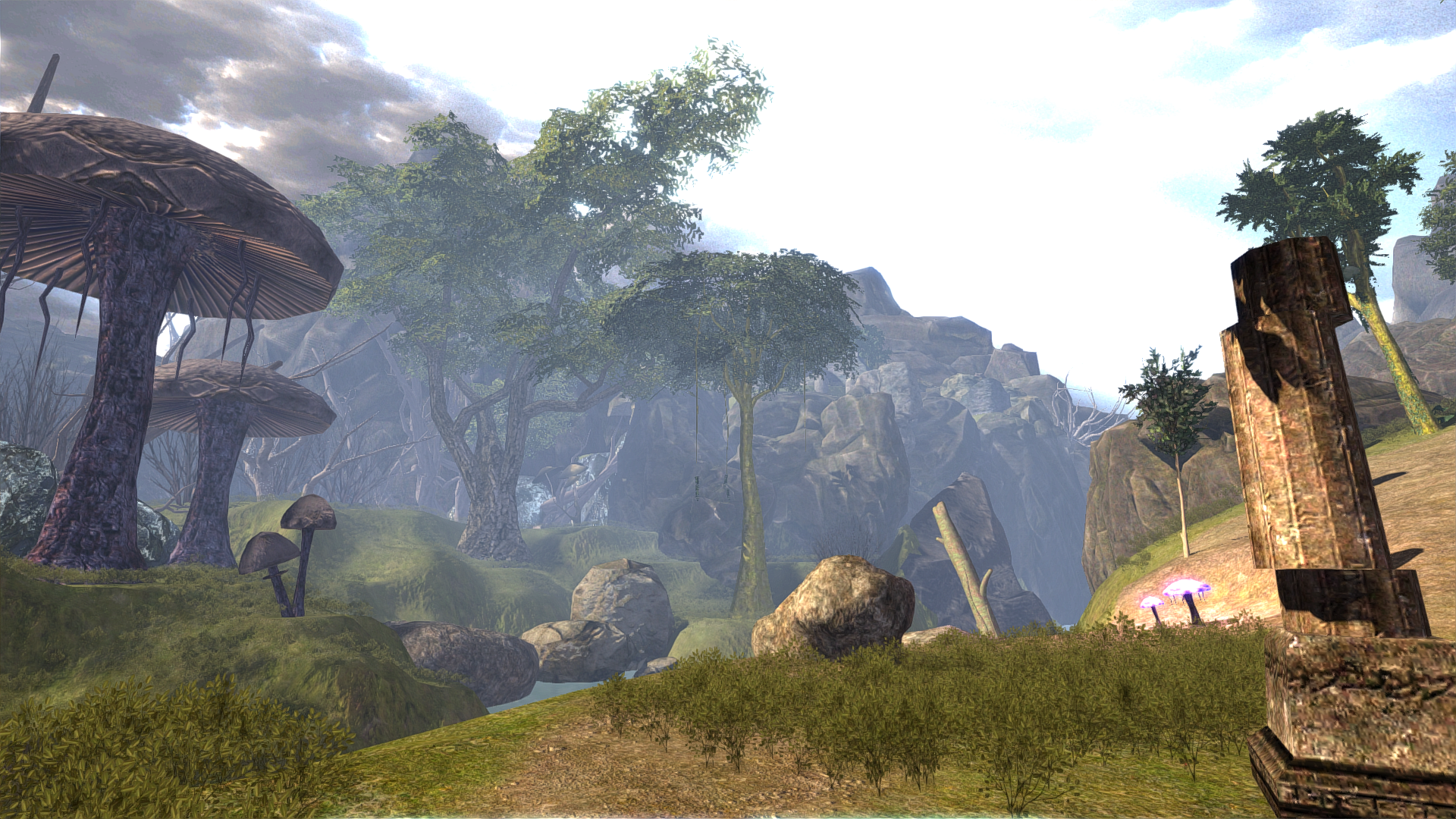 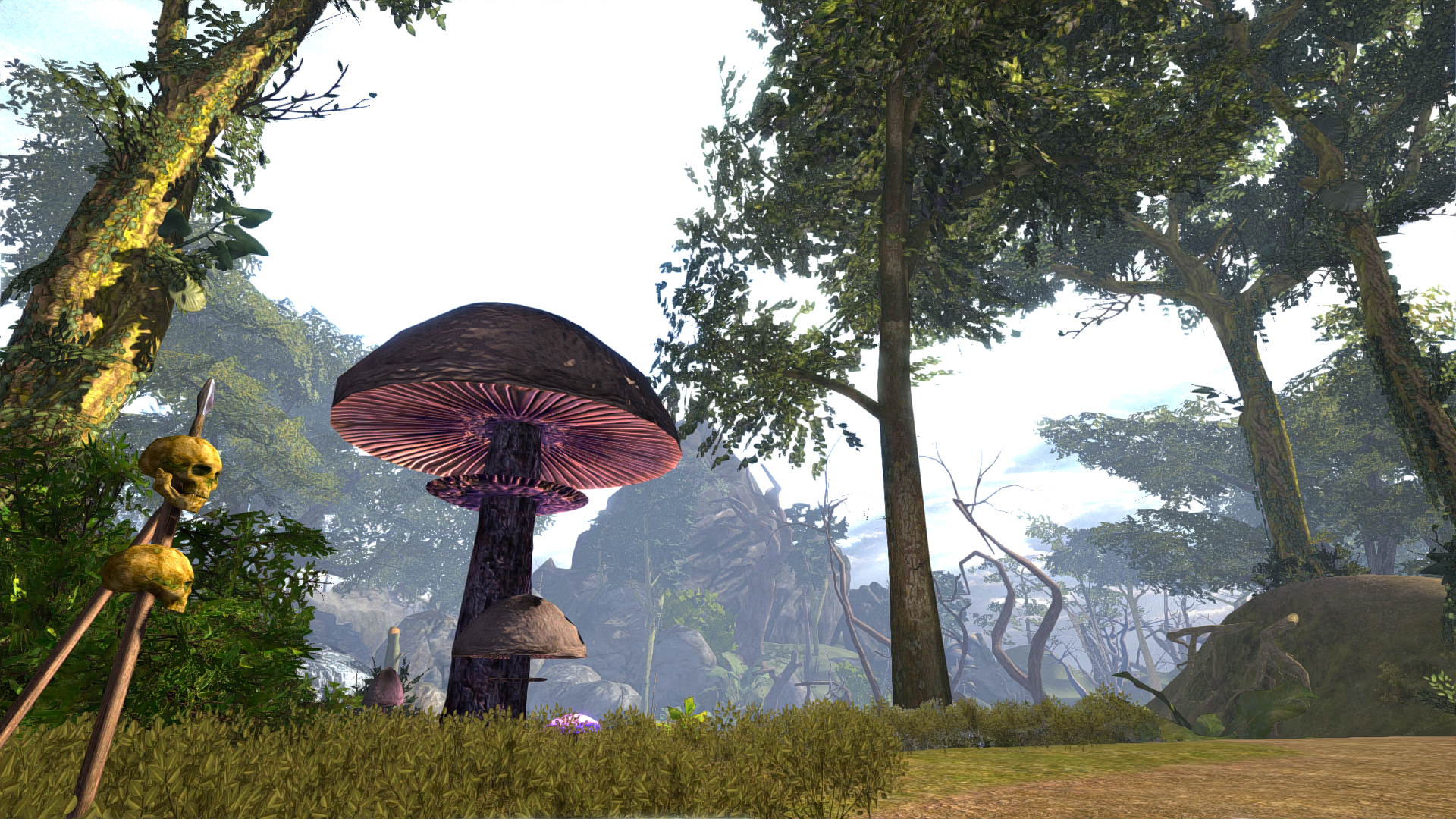 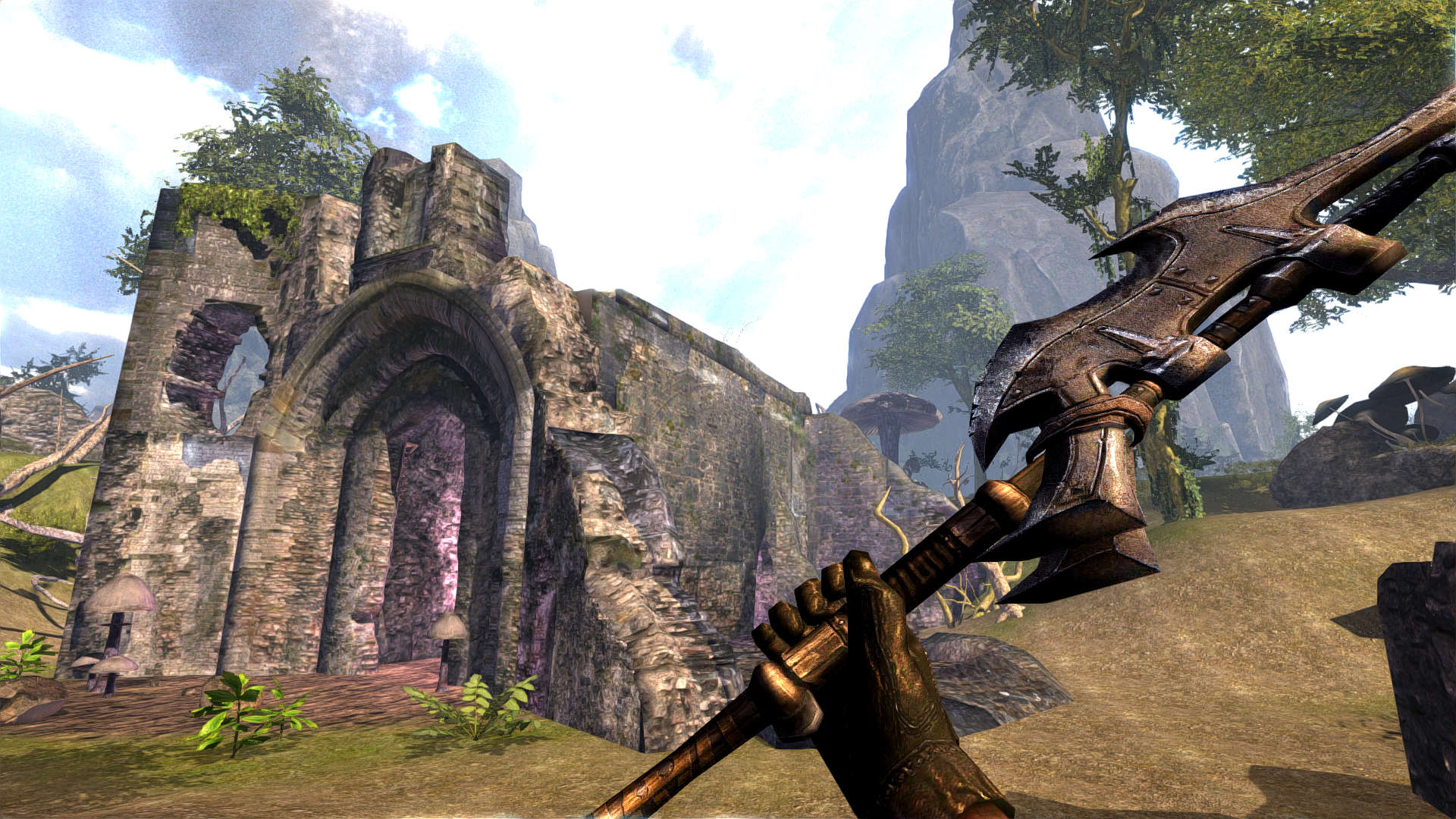 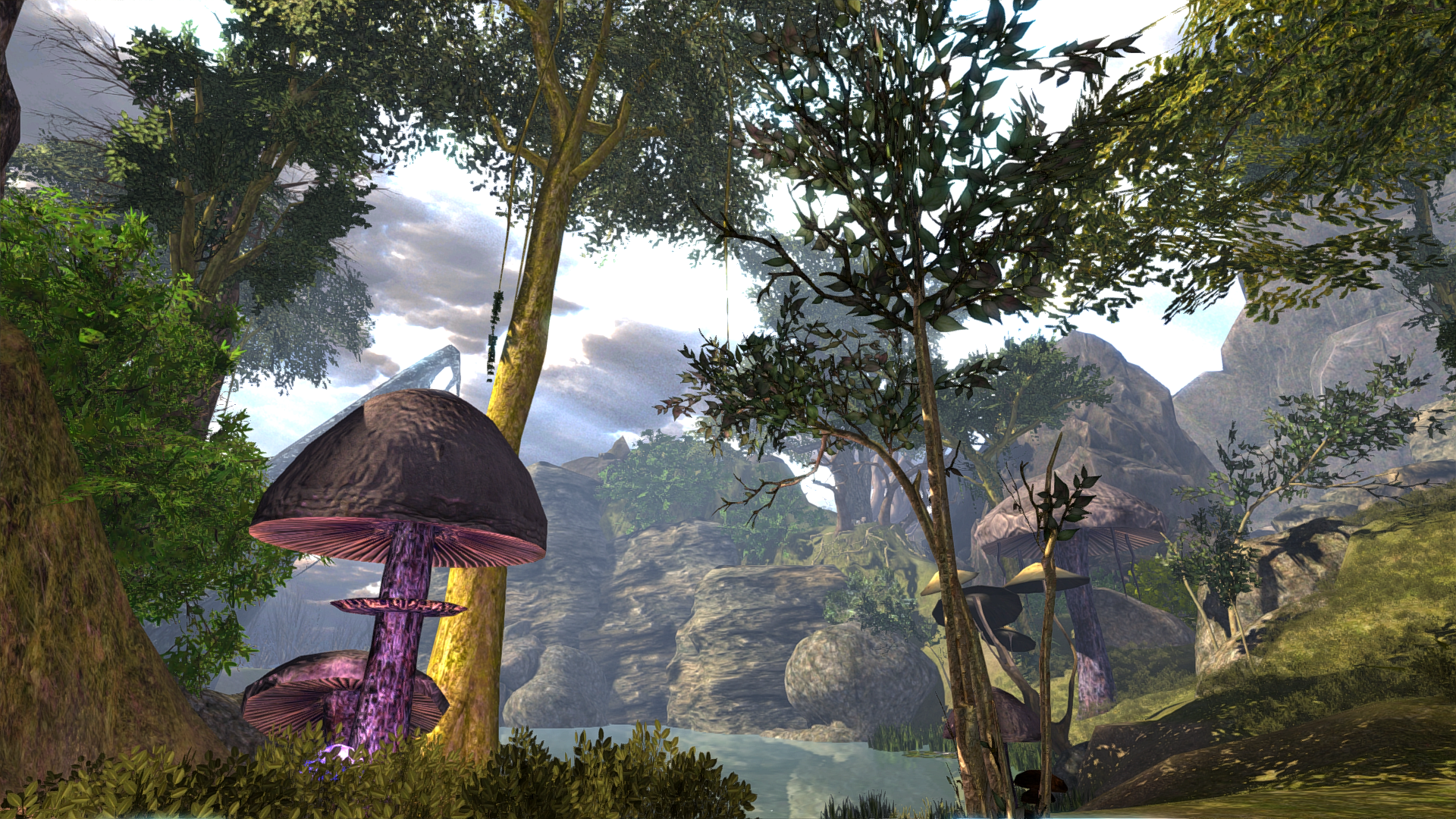 And on a final note, to my surprise this map still ran with a solid 60 fps after I have added all the environmental critters. Frogs, Moths, Dragonflies and bugs all thanks to Gtoxs extraordinary artistry. Now I did the same thing on this map in an earlier version of game guru and straight up lost 20 fps. 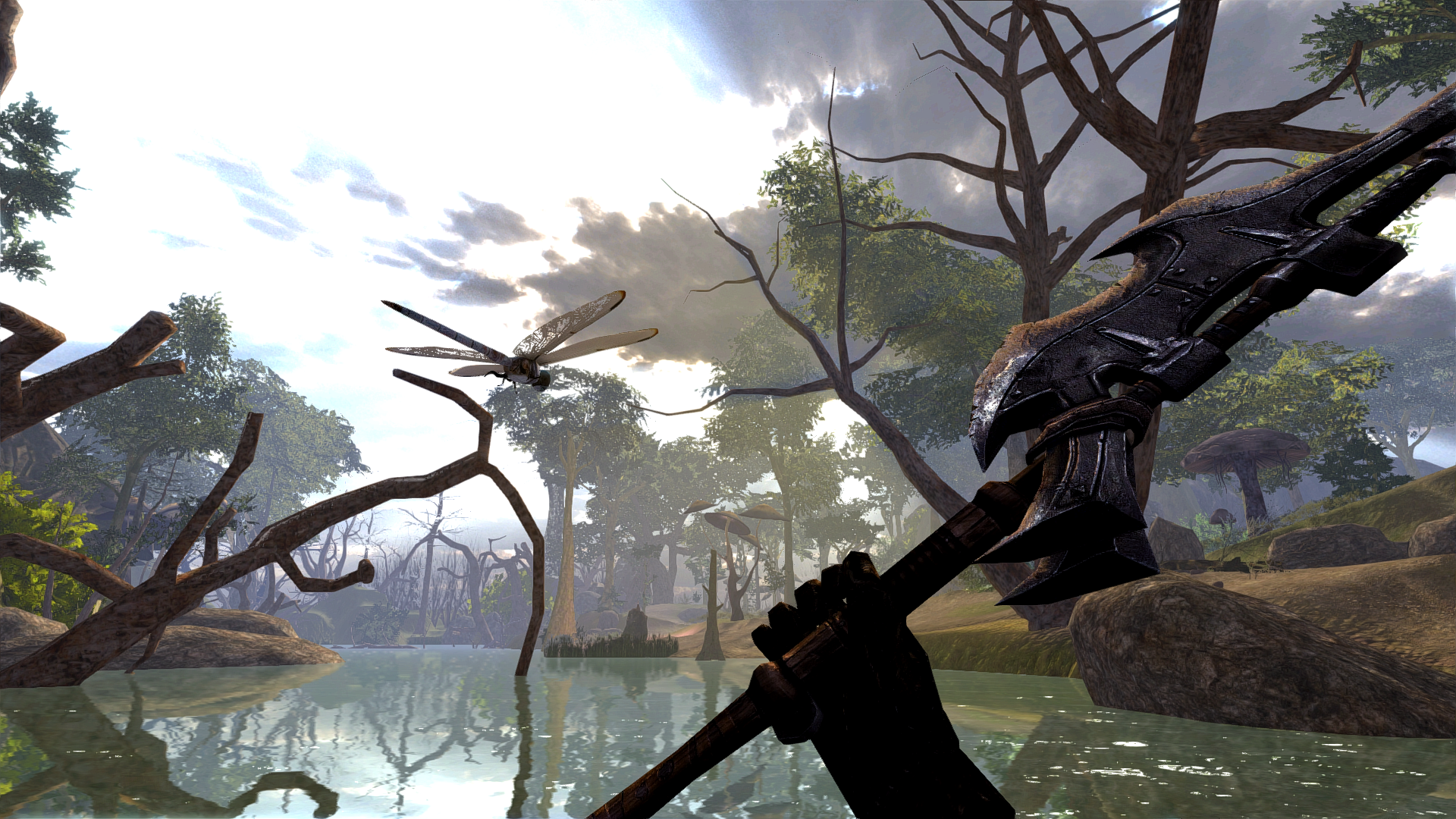 Upgraded Weapons and Hands to PBR

Overhauled ambience of the journey maps that lead from the Apothecary to the village of Ramak.

As always, I am grateful for your feedback and there is more to come!

Amazing as always my friend!

Thank you! Still a lot of work ahead but I am confident I can get something out this year :)

I finally got a chance to read this and I'm excited to see what you do with Shavra!
After reading a bit of your blog and checking out some screenshots... I'm blown-away!
You have a LOT of talent, an eye for details and bringing all of your art together like a painting. I love the textures and all the tiny assets you have created. They poplulate the areas nicely and truly give life to the world you have created.
It reminds me a lot of Elder Scrolls and the different biomes to explore. It really seems like a lot of work for one person.

If Shavra is too big of a project for yourself, maybe you could recruit some help?

Either way, do what you can without completely driving yourself up-the-wall with frustration. Nothing is ever perfect, but I'm much more forgiving with an independent game made by one person than a professional AAA game made by 100's of developers and designers.

Everything you have already created is AMAZING! I definitely see your influences in the games you mentioned like Hexen. If anything, this is a great project to have on your resume if you want to apply for development jobs or start a team of your own.

Oh thank you very much! Thats a huge compliment and thank you for your comment! :)

As for team work or recruiting, I have considered it but its a rather difficult task. I've been on a lot of team efforts before and 100% of them failed for various reasons too numerous to go into. I try to summarize: Its hard to keep motivation up for a team if you have people working on something in their spare time without pay, double so if its via the internet. Then crucial members would drop of the grid, other time it was just me and 2 others doing everything in a 12 people team because the output of everyone else was either sporadic or didn't hold up and so forth. All of this was still during my student years so I recon its much harder now where I'd be working with people from all walks of life, usually with very little spare time. So unless I could really hire people, I don't see it as a solution. I have gathered a lot of game dev friends through the years who help me out but I dont think it could go further than that any time soon.

And yeah, even still I am often amazed by what single devs can achieve sometimes without budget or considerable resources. Game development has a lot of passionate people which is what I love about it :)

Thanks for reading and I'll keep this profile updated :D

I totally understand. I've had the same experience with projects and friends. I don't get what motivates people and how they actually finish anything.

I basically do my own projects and complete them in my own time as well.

Keep up the hard work. Take your time as I know game development is one of the hardest to complete of any industry.