Shattered Origins: Guardians of Unity has been in development for two and a half years now, and we are proud to say: development is almost finished now.

We know it seems like this game will never be released, and we really appreciate the patience of everyone who is still following this game. It's safe to say now: it's not much longer. Expect spectacular news in early 2011!

Until then, let's take a quick look at what we've been doing in the past two months! Final look for the Guardian Cruiser's hangar: 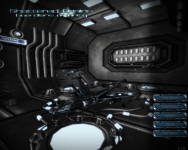 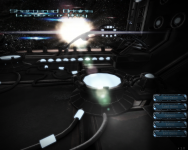 We have also designed some unique features for each environment, to make sure they have their own look and feel: 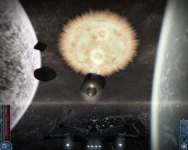 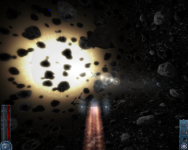 If you want to be immersed in those shots, here's a music to really set the mood:


The full version of the game contains more than an hour of soundtrack, with altogether more than 20 tracks. And finally, some battle shots with the final effects and environments: 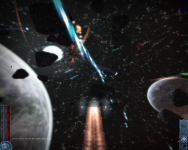 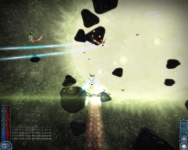 We wish everyone a happy holiday season!

Thank you for reading this, and following the game's development in 2010, and don't forget to check back in early 2011, there will be some interesting news then!

Thanks! We really appreciate it!

More news soon :D. We are rounding things up so the wait wont be long.

Thats too kind guys :D. The wait will be over before you know it!