Some minor updates being worked on by bg2408; adding more flare dialogue to some of the less talkative characters. The Ohmes-Raht voice pack has been completed. And a new major project from the maker of the three add-ons.

Been a while since the last update, but recently there has been a sudden flurry of activity.

BG2408 has been at work with a small update adding new hints as to where to find some of the more obscure quests, and an attempt to: "have no "blank" characters anymore (i.e. characters you speak to, but they don't have anything to say)." Also some potential comments for characters that would likely have something to say about the Guild's doings. No ETA for this update yet, but hopefully it will be soon.

Also with the Hard work from of Greenwarden and her husband's vocal cords, the Ohmes-Raht voice pack has finally been completed! The voice pack will add voiced greetings, farewells, combat grunts, and other misc. sounds to the Ohmes-Raht race. This applies to both the player and the NPCs.(like the one's in Integration.)

Lastly Rylasasin is currently working on a project that will bring more "Integration" to the quests from the un-modded game. Basically what this will do is cause the Characters from the Oblivion Main Quest, Mages Guild, Fighter's Guild, etc. to recognize your race and other factors much like Integration does. Note though that this mod will not make any major gameplay edits to quests, just the dialogue when say.... Martin realizes he's being saved by a giant Xivilai.

You can join the discussion here.

And you can download the most recent beta here.

Now I leave you with an example of what Rylasasin's add-on does: 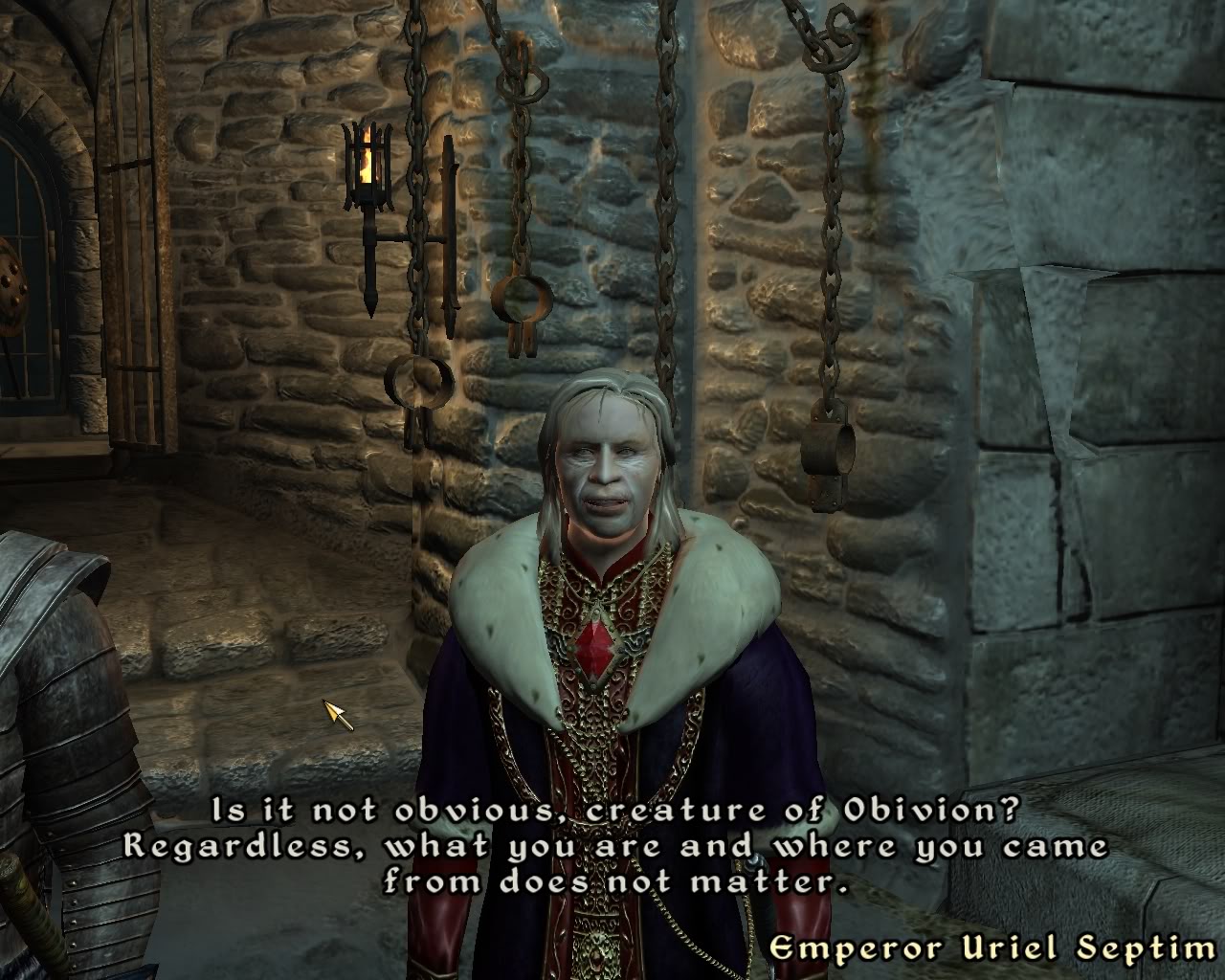 Here's what rylasasin's mod does:
"is it not obvious, creature of oblivion?"