Final name: Ardent Seas, More ships for the ship god, and other things.

So, where do I begin?

Let's start with the important stuff first, shall we?

The game is now no longer called Naval Games. The name is Ardent Seas now. Naval Games was only the Development Title, to be used until we had a final name after all. Remember to update your bookmark if you have one, as the URL is now Indiedb.com

More things. The Command Ships' class final name is Flagships, everything else about them remains the same. The class of ships used to capture Islands is now called Command Ship, as those names are all much more fitting than the previous ones.

Next up, we have some storyline changes. Tenorra is its own planet now. It's located several hundred lightyears from Earth, and was colonized quite catastrophically some centuries ago, resulting in a kind of dark age, during which all resources were spent on agriculture, and building up basic infrastructure, losing a lot of tech in the process. The different factions on the Planet have largely recovered, and are a few years ahead of where we are in real life, and some extras. The rest of the storyline remains unchanged.

Little things. The Destroyer is getting an additional set of weapons, two swiveling quad Torpedo Launchers, quite devastating, but inaccurate and of short range.
The KA52N is going to be moved to the CPSN, or replaced completely in face of the storyline changes. The TDN's air force will almost completely consist of VTOLs.>

The Shields of the ICES units are getting an interesting mechanic. The more units shoot at the shields, the more resistant the shields become, dealing less and less damage the more fire is received by them, capping off at a reduction of about 75%. The shields however still lose HP, and will deplete eventually.

Also, Unity have updated their licensing. *All* engine-features are now available in the free version. Among other things this means we don't need to overdraft our bank accounts quite as much as before :P

And now, for the media-part of this media update!

First of all, some renders. The first two are self explanatory. The third image is the TDN Resupply Vessel, which replenishes nearby units with Ammunition and Fuel. The 4th image is the Port structure, with the command ship to scale. This port structure acts as control hub for the Islands. 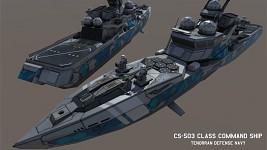 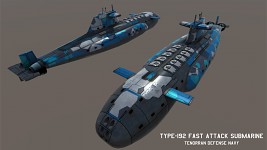 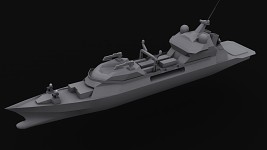 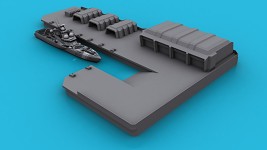 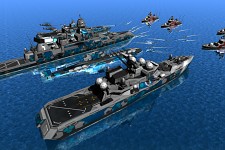 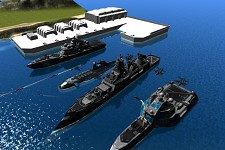 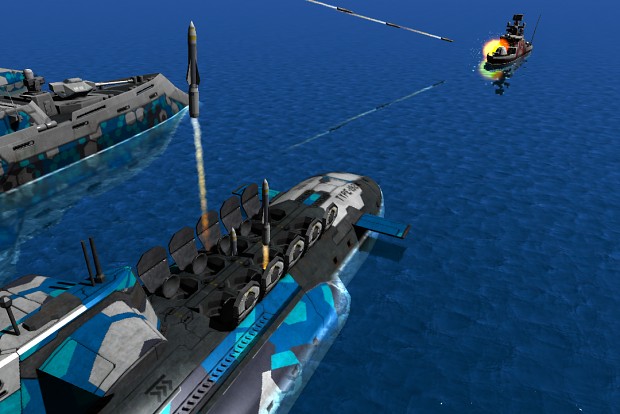 And some newer gameplay footage:


That's it for today, I hope you enjoyed it!

this reminds me alot of Submarine Titans.

except ships instead of subs. most rts games are focused on space or land but rarely do you see one with a focus on the ocean or under the ocean mainly.