We have worked a lot during the past two months.

Posted by jurassiclifeteam on Sep 1st, 2010

We have worked a lot during the past two months.

OLENDER Robert has created new animations for the Compsognathus, Emissarys Raptor model has been tweaked and now is ready for rigging and then animation, and some of there modeling/skinning and UI texture tasks have been completed.

KIRSCH Nicolas has handled the Ai coding for our NPCs and also worked on getting the Gallimimus model, ragdoll, animations & code to work like we want them too.

DESNOS Julien has made progress with his maps. No media will be unveiled, it is our choice to guarantee some surprises.

We are also glad to announce that a new member has joined us. ROWNEY Joel (a.k.a BaRaDa) and he's working on a human model.

And a lot of "paperwork", we could call it organization optimization, has been done.
We really don't have the time to say much more right now but hope it's enough for those who wanted a little peak into the progress of the project.

Happy gaming in the meantime, and don't forget, we need you'r help, a programmer specifically, just check the recruitement picture/link at the right of top banner. 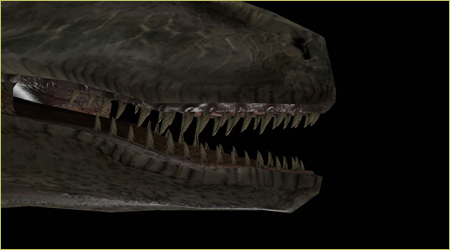 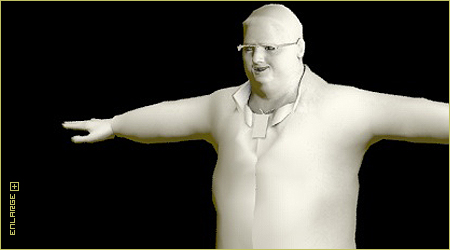 Team JL thanks you :)

Yeah, I too was clicking through with the intention of saying: Nice gaben model.

Mouth moves a bit too fast I say.

But it fits very well to the dialogue from the movie that BaRaDa used for his testing purposes.

Thanks for the comments and Gaben spamming :P

Instantly make me wanna spit in his face ;)

will you have a Sam Jackson model? that would f**kin awesome

i see your model of gabe is done

Many people there must run and buy glasses no ? :D

when and how it will be ready to play

are doing a fantastic job