Here, we outline one of the playable clans in Sengoku, and discuss their history, clan bonuses and unique units. Today's clan is the Tokugawa clan. 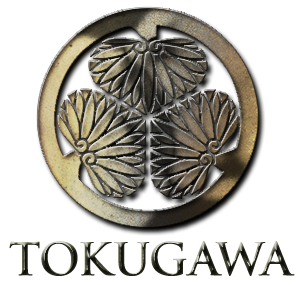 Before the rise of Tokugawa Ieyasu, the Matsudaira clan was a local samurai clan in the region called Mikawa, stuck between local rivals such as the Oda, Imagawa and Saito Clan. After the Battle of Okehazama in 1560, the Matsudaira clan who used to be serving under the Imagawa clan, lost their master. In order to survive in the time of chaos, the young Tokugawa Ieyasu sought to form an alliance with the Oda clan, who he'd previously been a hostage for. Ieyasa spent a few of his younger years growing up with Oda Nobunaga and could have been considered friends. The young Matsudaira also wasn't as loyally tied to the Imagawa, as he also initially served them as a hostage. The deal with Oda had to be made secret, as his son and wife was also being held hostage by the Imagawa clan. The now young Matsudaira Motoyasu eventually attacked the Imagawa clan and joined Oda. The alliance became a strong one, and Motoyasu's son even married Nobunaga's daughter, Tokuhime. The same year, Matsudaira Motoyasu changed his name to Matsudaira Ieyasu. He then went on to change his name again, to Tokugawa Ieyasu, after controlling the entirety of Mikawa province in 1565.

The alliance was kicked off against the Asai and Asakura in the battle of Anegawa, where Tokugawa and Oda fought together in victory. The alliance also proved strong vs Takeda in the East. In 1573, Tokugawa Ieyasu was attacked by the Takeda army in the battle of Mikatagahara. Taunted by the slinger squads of the enemy, Tokugawa Ieyasu army stormed out of the protection of his castle,while his troops successfully repelled several Takeda generals, Ieyasu was countered by the main force of the enemy led by Takeda Shingen himself. In just around two hours, Ieyasu's army collapsed under the charge of Takeda cavalry forces and was forced to flee the battle. In this battle, Ieyasu lost the majority of his army and was only accompanied by five men when he retreated into the castle. Some said that after this battle, Ieyasu ordered his men to have his portrait of despair painted, to remind himself of his failure.

Later in 1575, Ieyasu had his victory against Takeda in the battle of Nagashino. Together with Oda Nobunaga's army, Tokugawa was able to defeat Takeda Katsuyori's cavalry charge with the use of firearms. After the battle, the Tokugawa clan was in full control of the region, forcing Takeda back to Kai, and eventally took over the Takeda territories in the following years.

In 1582, Oda Nobunaga was betrayed by Akechi Mitsuhide in the Honno-ji Incident. After the demise of the leader of the most powerful clan in Japan, Oda's vassals, including Toyotomi Hideyoshi and Ieyasu himself, longed to becoming the successor of Nobunaga's cause. While he avoided taking sides in the war between Hideyoshi and Shibata Katsuie, Ieyasu inevitably clashed with Hideyoshi. With both of them aware that these conflicts are fruitless, they settled the battle with a truce. Later, Ieyasu submitted to Hideyoshi's authority as the Kanpaku. By giving up his former territories including Mikawa, Ieyasu retreated to the Kanto region, a place isolated from Hideyoshi's rule. Although distrusted by Hideyoshi in the beginning, Ieyasu was able to slowly become one of the most influential daimyo in the Toyotomi dynasty.

In the final days of Hideyoshi, Ieyasu saw that his time has finally come. Named by Hideyoshi one of the Five Elders, Ieyasu was supposed to guard Hideyoshi's son until he became of age. Of course, with the power in his hands, Ieyasu began making allies with other daimyo, and waited for the time to come. Soon after Hideyoshi died, Ieyasu took his action taking over the Osaka castle. Angered by Ieyasu's action, other Elders and Toyotomi's vassals, led by Ishida Mitsunari rose to oppose Tokugawa's faction. The two sides clashed in the final battle at Sekigahara, which was one of the largest and most important battles in Japanese history. Having one of his opponents' daimyo, Kobayakawa Hideaki changing sides, Ieyasu's Eastern army was able to win the battle even with the Western army's tactical advantages. Finally, Tokugawa Ieyasu became the new ruler of Japan, and the family lead the last line of Shogun's right up until the Meiji restoration. 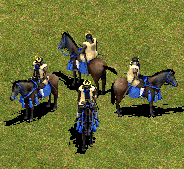 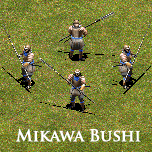 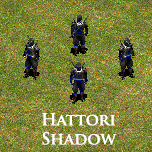 During the battles Ieyasu participated, he was accompanied by a group of loyal samurai of the Matsudaira. The Mikawa Bushi was proud, loyal and persistent warriors from the region of Mikawa. In SENGOKU, the Mikawa Bushi are strong infantry units armed with a short yari. With high hp and good armour, they can be considered one of the most durable infantry units in game.

Tokugawa are a fast growing clan, and have excellent gunpowder units and cannons late game, thanks to the connections with their British and Dutch suppliers, providing larger and better quality cannons. Their policies allow the clan to advance faster, and they have a strong infantry to help slowly push, with cannons in support. They are a good anti cavalry clan. They also get access to the improved Ninja, provided by the Hattori.