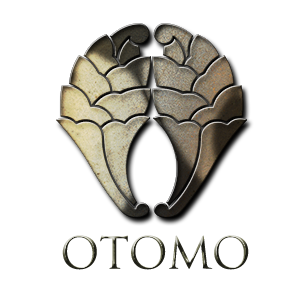 Otomo is one of the oldest clans in Japan. The family stretched from Kamakura period to Sengoku period for over 400 years. As one of the major clans of Kyushu, the Otomo clan once ruled the northern part of the area, including Bungo, Buzen, northern Hyûga, Chikuzen, and Chikugo in the Sengoku era. While almost destroyed by Shimazu clan, Toyotomi Hideyoshi’s invasion in Kyushu preserved Otomo’s domain taken from Shimazu, and later survived into the Edo period (though deprived the rank of a Daimyo).

The leader of Otomo clan, Otomo Sorin, is well known for being a Kirishitan Daimyo (Daimyo converted to Christianity), although he had actually been a Buddhist before his conversion in 1578. Sorin has significant influences on the communication between Europe and Japan. For example, meeting the Jesuit missionary Francis Xavier in 1551, and sending the Tenshō embassy to Rome in 1582.

While Otomo clan had fought to take control of consolidating territory in Kyushu, they are eventually rivaled by Shimazu clan, who was in control of most part of southern part of Kyushu. The two powerful families finally face off in the Battle of Mimigawa. Due to his devotion to Christianity, Sorin ordered to destroy Buddhist temples in the lands he conquered, which in turns caused the dissension among his vassals. While being advanced in numbers and armed with the Portuguese cannon, kunikuzuri, the Otomo army failed to win this battle. The family lost their power, and many vassals turned against it after this battle.

Despite losing to Shimazu, Otomo survived serving under Toyotomi Hideyoshi’s domination. However, Sorin’s heir, Yoshimune, was punished by Hideyoshi for his retreat in the Korean campaign, and the family has declined afterwards. 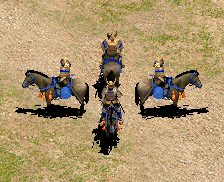 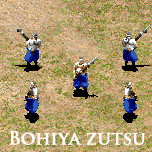 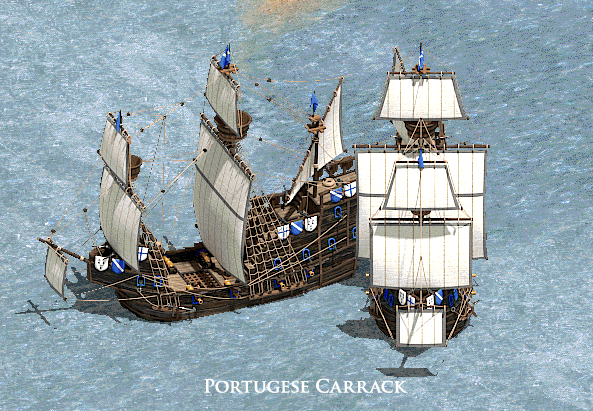 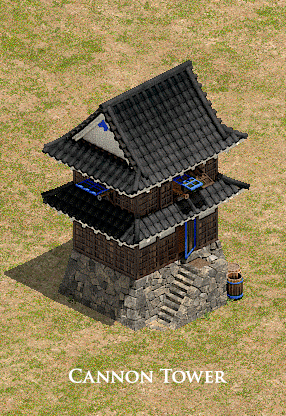 The Otomo clan were one of the first clans to start using Teppo and cannons, and were generally favoured by the Jesuits due to Otomo's allowance of converting old shrines and temples to Christian churches (one of the first clans to allow this). Otomo Sorin also eventually became Christian himself. This gave them access to the best weaponry. Their clan strength lies in the number of unique units/buildings available to them (though lacking additional unique techs).

The Bo-Hiya Zutsu was a weapon used throughout the Sengoku period by a few clans, however, for the game we've given the unit to Otomo; to represent their advantages with the Teppo. In game, it's a slow moving anti ship and siege unit, using it's explosive hooked tip to deal devestating damage, though it also fairs very well also against bunched up units thanks to it's blast radius.

They also have access to Portugese Carracks late game. Historically, the Portugese never involved themselves in conflict during the Sengoku period, and certainly did NOT field troops on the ground as portrayed by a certain few other games. Instead, they were mostly focused on trade, diplomacy and spreading of Christianity. However, there is one recorded instance during the Siege of Moji, where three Portugese Carracks bombarded the Mori castle of Moji, in support of the Otomo clan (though funnily enough, the Otomo ended up actually losing the battle). The Portugese Carrack is an extremely powerful Naval unit with long range and can only three in total can be built.

Last but not least, we have the cannon tower. The Otomo were the first clan to use a cannon in defence of their castle, mounting it inside the castles front Yagura's at Usuki Castle. The design is roughly based on the historical yagura at the actual castle. They are the only clan to recieve the cannon tower. Right now, there is a replica at the castle. However, after a long research into the cannon it seems the original was confiscated from the Castle during Hideyoshi's invasion of Korea, and moved to Osaka castle. After the Sengoku period and the Edo period began, a lot of weaponry across Japan was moved, presumably to remove the ability to revolt against the shogunate. The cannon itself was moved to storage in Hokkadio for safety. After that, due to the proximity of Hokkaido to Russia, and after some conflicts, it somehow ended up in Russian hands. The actual original cannon now sits in the Military Historical Artilery Museum in St Petersburg.

Here is the actual cannon: 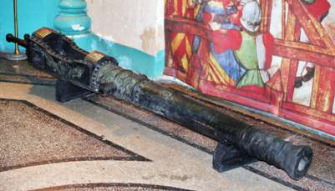 The cannon it self fires faster and further than the original games bombard tower and deals melee damage (not pierce), but it takes up a larger ground space and is more expensive. It's a very powerful defensive unit capable of withstanding punishment from enemy cannons.

A naval clan, with bonuses to fishing. Of course, most of the clans bonuses revolve around their Christian support and use of Nanban technology/cannons. Their Nanban posts earn more gold thanks to favoured and long term trading with the Portugese.

Cannons can be built from foundry. Foundry works 20% faster. 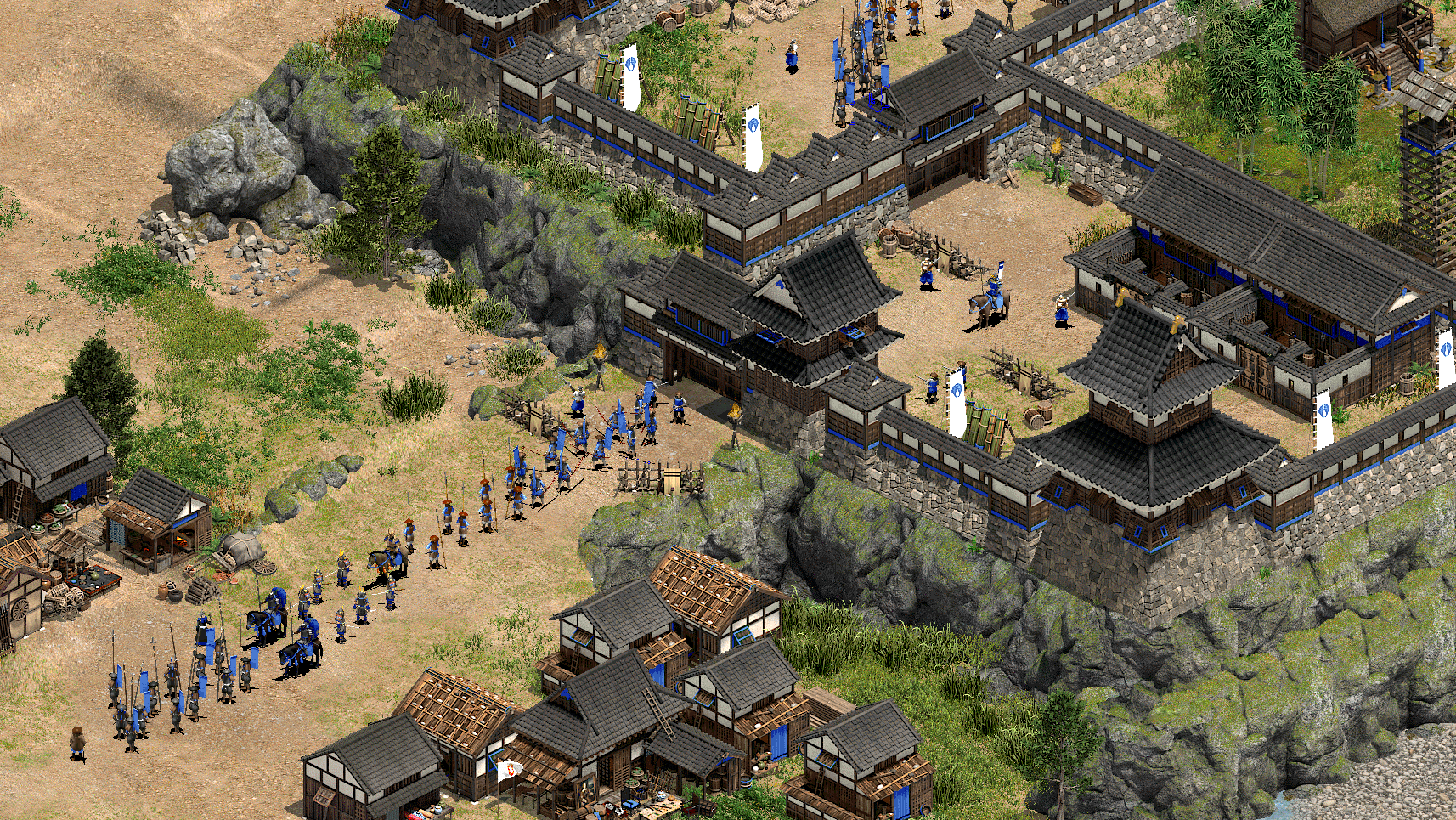 Otomo Sorin leads out his army from Usuki Castle.

The graphic is outstandin with great details, but did you also any algorithem for unit stats, to make even the gameplay realistic?

I doubt they are shooting for realism, since realistic simulations cannot truly be base building RTS games, nor are they fun to play, as they tend to fall on very hard meta gameplay, taht is not even that realistic to begin with.

In reality, generals and commanders did not have a bird's eye view of the battlefield at all times, nor did their orders get understood and followed to the letter, or had immediate results.

gameplay is similar to the aoe 2 everybody knows and loves. there's a slight change in the meta with 1st age lasting longer, a couple different types of units and unit lines and more use of 'hand cannoneers' in later game. but no, we haven't aimed for hyper realistic gameplay and instead just built on the original framework and foundation the game has, with some cool additions.