Greetings everyone! It’s been a long time since we have made one of these and we have added an adequate amount of features that we feel we can make one without it being lackluster. The Development of 0.2.0 is still strongly moving forwards, so take a look at some of the newest additions!

One of the biggest challenges we have had so far is determining how to counter the distortion between the voxels and the heightmap terrain. Since we are mapping cubic voxels to a sphere, it is impossible to do a perfect mapping with no distortion, and until now the distortion was severe when near the edge of a world cube plane. 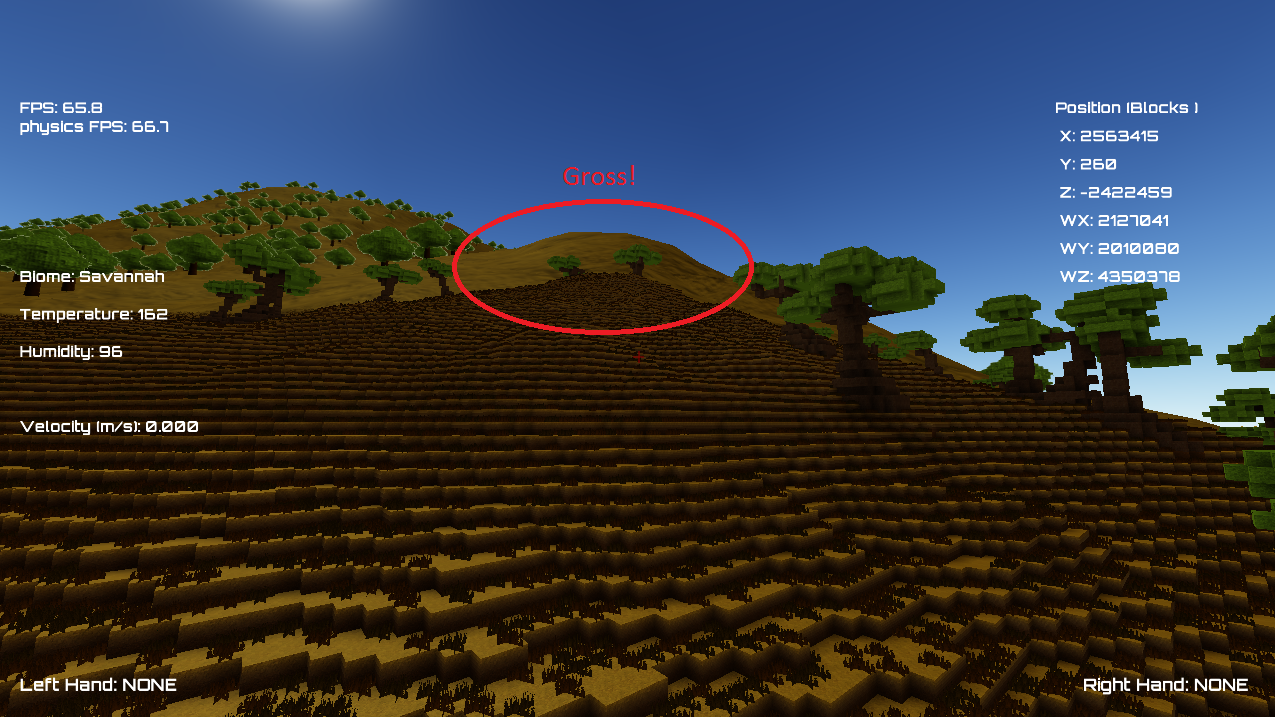 Luckily, we have found a better solution!The premise: Move the distortion away from the camera so it is not noticed! There will be a technical blog soon that goes heavy into detail about the new method, but until then you can read the forum post that discusses it.Seedofandromeda.comThe benefits of this method are that we no longer have distortion, making for a better transition of near to far terrain. We also solve the world corner crashes, meaning we no longer have to find a potentially tenuous solution to keep the you, the player, away from those corners. The mapping is also much simpler, since we no longer have to care about the relative grid rotation at points on the cube faces. That said, there are some problems with this solution too; firstly, it requires a shorter fading transition between faces - though this should be preferable to the, quite frankly, awful nature of the distortion we had previously. On top of that, the transition to and from space is no longer seamless; we don't need a loading screen, but it just won't be perfectly seamless, unfortunately, as we transition between the two rendering schemes.

Atmospheric scattering was improved and normal maps were added to planets to give you a better sense of depth and scale. For those of you who don’t know, a normal map is a way of increasing apparent complexity without using more polygons. It does use a bit more texture memory, but the effect is worth it. 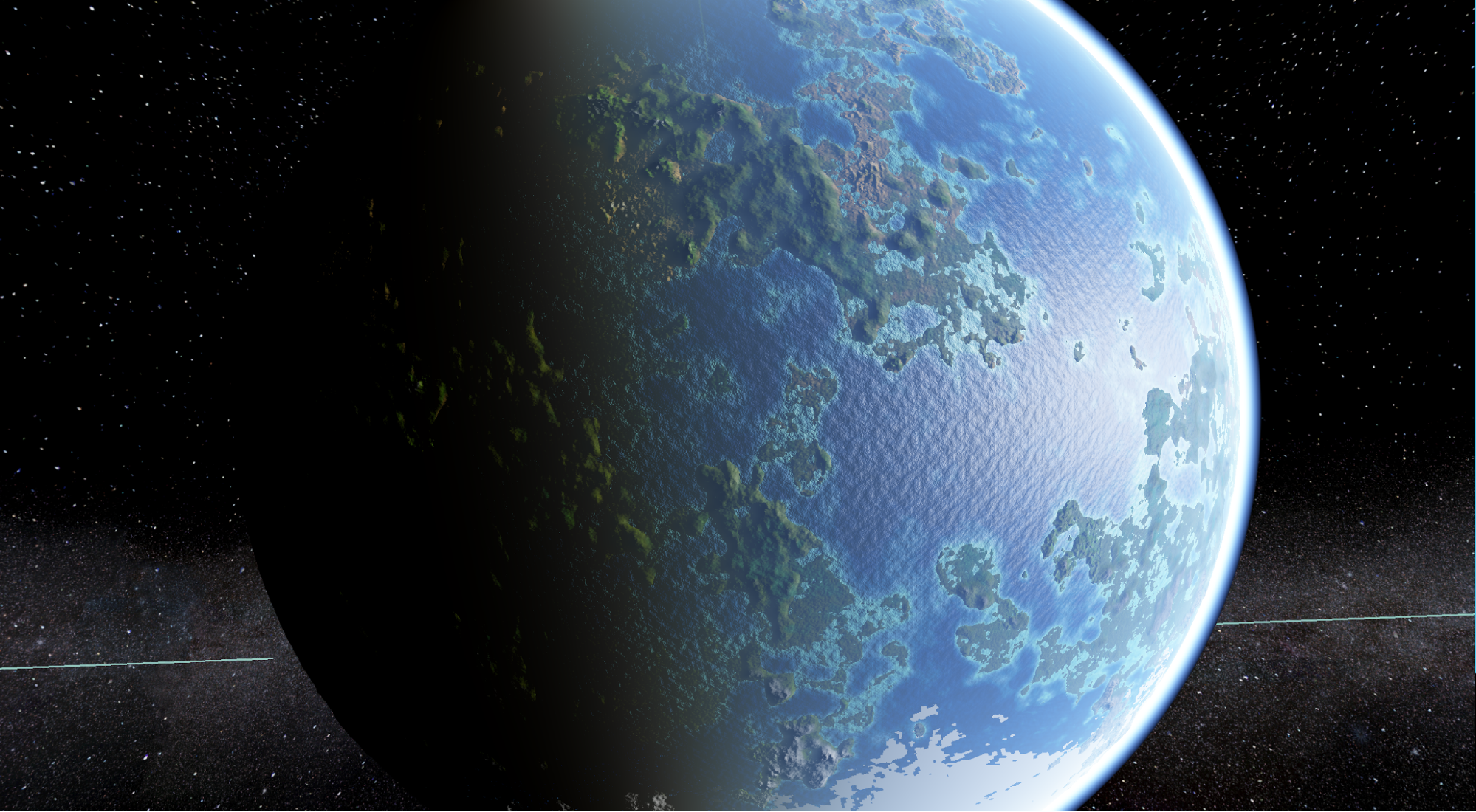 This image is great for showing off both the new atmospheric scattering and normal maps. Notice how the terrain has a lot more detail.

Andreas has been working away at a new set of things for the player model to use, giving us an idea to what it will feel like in game.First off is a sneak preview of the in progress uniform that you start in, much better than being naked with just your boxers, and it gives us the sci-fi feel that we want from the game. 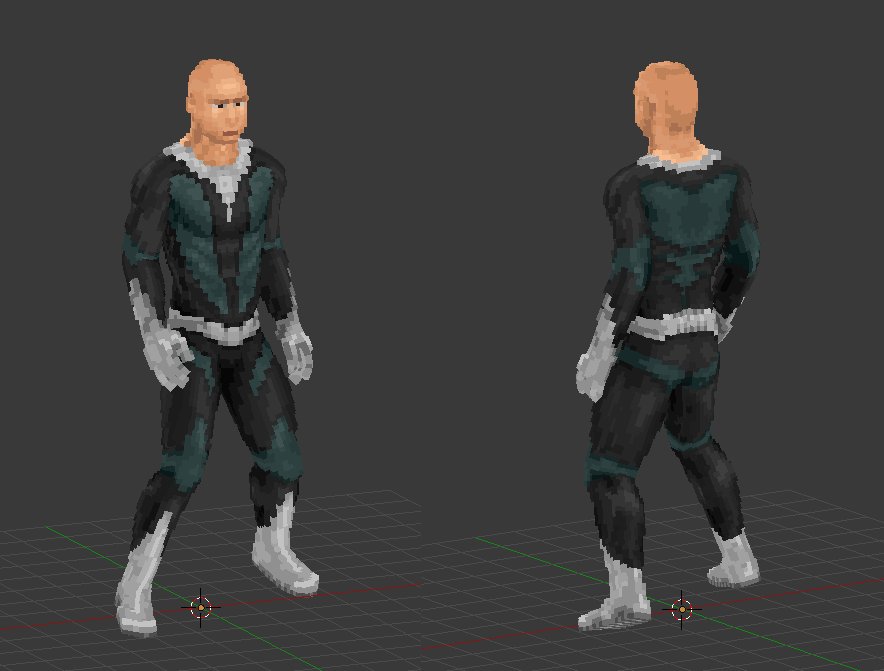 Second off we have the first iteration of the player model animations, the animations will be smoothed out in time, but for a first go they are still incredible! Make sure to check them out in the video below.

Whats this? Could it be evidence of a stronger tectonic force beneath the depths of the calm crust of Aldrin? Maybe Aldrin just has bad acne? Will we ever know the answers? 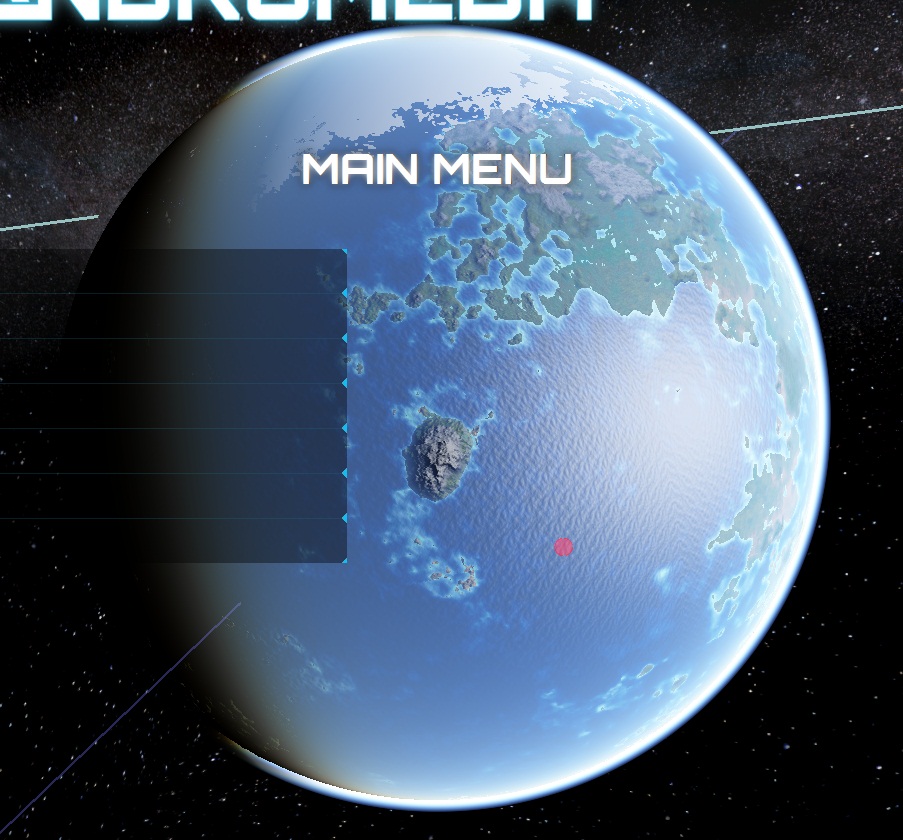 Viewing it from the surface, it looks short, but it is actually incredibly huge. Much larger than any volcano you find on Earth, or in the Solar System for that matter!

Additions to the Engine

Our in house engine has been a major focus during the past few months of development of 0.2.0. The engine is the major foundation to the rest of the game and possibly future games. Recently Cristian has been working hard embedding and wrapping many major extensions ands third-party utilities (Boost IO, Lua, FMOD, SDL, SFML, GLFW, YAML, etc.). He has also started on a DirectX-compliant version of the engine. He has also made a 64-bit build possible! However, since the Awesomium UI Library does not yet support 64-bit, we won't have a 64-bit SoA build for you guys just yet. A Mac build is now possible with some modifications to SoA, and Linux support is in the works.

Be on the lookout for more great additions in the weeks to come!