In this SCUD Storm update we have the release of 1.4 what has changed since 1.3 and the Introduction of our new Multi-Function Center the SCUD_Launcher (Launch, Update, Direct Connect, Learn How To Play the Game or Contact us).

I know it's been a while since our latest Release or other News but it was worth each Second to wait for!

This is not only another Release of one more Version. From this time SCUD-Storm will serve Updates by our new created Launcher which has also some other usefull Functions. You can now easily Start and Update the Game or use the Direct Connect Tool that's added to save your favorite Servers and Connect them with only a few Mouse Clicks! But that's not all. We also made a few Notes for new Players to explain them how to do some important and usefull things and created an "How-To"-File which can be accessed by the Launcher. If this leaves some open questions or you simply want to get some more News no Problem, the Launcher also has two Link-Buttons which immediately connect you to our ModDB Page or our homepage.

While it's been some Years that Renegade came out and i became bored of simply appearing somewhere on the Battlefield or inside my Base and our Base Building Logic anyway broke the 'Fixed-Base'-idea and their limitations we decided to change the Way you arrive at the Battlefield (also known as Spawn). From this time you'll get dropped out of an Support Plane with your Parachute on the back until you reach the Ground somewhere inside your Base Zone with a little Info Message telling your Teammates that Reinforcements have arrived!

Another visual optimization are our little modified HUDs. Enjoy! 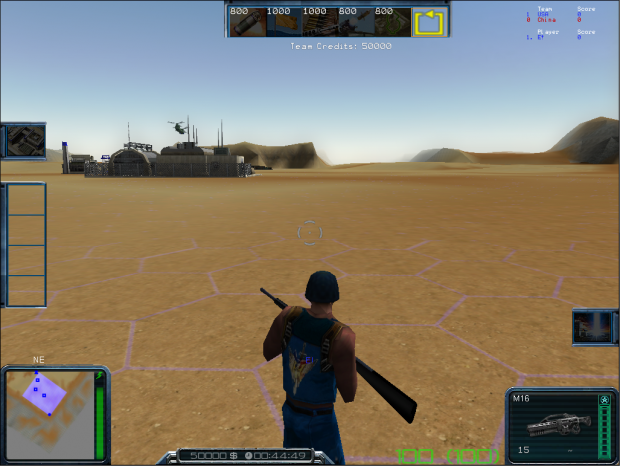 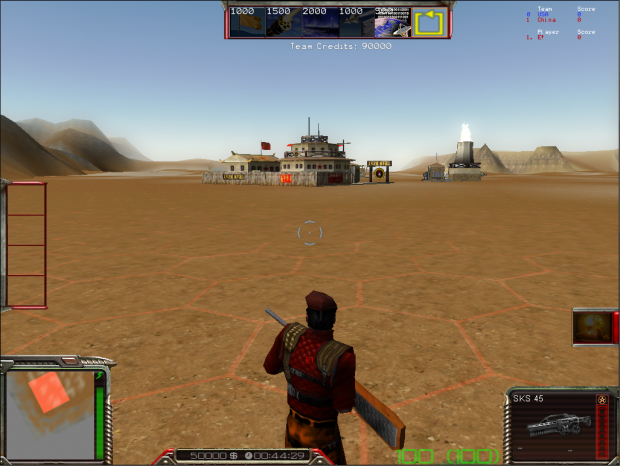 We also made some Balance changes, added 1 Map and many other fixes/changes and addons (Complete List read below).

the Purchase Logic controls the Tech Tree known from Generals.
It enables/disables Items from the Purchase Menu depending wether the needed Buildings exist or not and forces Vehicles to spawn at their respective Factory.

instead of just appearing somewhere on the Map Players now get dropped off with a Parachute above their BaseZone.
We finally implemented the idea to drop Players onto the Map from a Support Plane as Reinforcement.
Of course does the respective Team Info Message appear for Arrived Reinforcements.

About the USA Sniper:

the USA Sniper is a very limited Unit right now. You can only walk very slow and you're not able to jump.
I gave him those limitations for several reasons. The Sniper can crawl and is stealthed while crawling.
This also is the only state where he's able to shoot. A stealthed Sniper Unit might be way too powerfull so that's why i limited it so much
and i might also change the stealth state when crawled (maybe with time limit or only when not moving) or i probably make him unable to
move while crawled to ensure people don't crawl over maps with stealthed Snipers. Thoughts about this are welcome and a movie might follow.

The Values are actually this:

You'll need version 1.0 (or higher) installed first and then download the launcher and click "Update", the launcher will then check which version you have and then update your game if needed.

Yes we also still search for 2D/3D Artists to help us get more Progress with new Models and especially their Textures. If you know how to Unwrap or How to Paint some nice Models (and probably also How to create them) then please Contact us and become Part of the Team.

That's it for our release update, make sure you grab version 1.0 first then the launcher. Also be sure to check up out over at Our forums and we hope to see you ingame!

will this be playable on zero hour?

It is standalone; You don't need either

Interesting. I'll give it a look.

I have a question, why is the whole game in German, but on this site in English? is there a translated version of this?

Very very very little of the game is in German

you could report us which part is still german @ www.battlefordune.eu so we can change it. also other bugs you find can be reported so we're able to fix them.