This news update will cover all of the latest updates for Kitten Super Adventure that have not been posted to IndieDB.

It sure has been a while since I lost posted here on IndieDB and here's why, it generally takes forever for IndieDB to approve my news post and sometimes it doesn't even go public, so I post here only when I desire to share a large update that will be considered "worthy" by the IndieDB team to go public ^_^

Now that you know the reason for the large gaps in news posts let's get right into it ^_^ There has been a great deal going on with the game since February (last time I posted here) and I am just oh so excited to share with you all! First off since the cat house(s) and statues were completed it gave me exactly what I needed to get the new Title scene looking the way I wanted it too, here's a video of what I came up with:

Since then I have updated the scene a lot and removed customizing accessories from the Title scene, you can now customize your accessories directly from the menu in any level on free roam. The reason why I did this was because I felt just having the customization on the main menu scene was a bit limiting, who would want to go all the way back to title scene just to change the hat they are wearing. So nonetheless, it was a good test but of course always pushing forward with better ideas :)

After things came together for the title scene I was getting ready to push out a new alpha and then I realized something, I wasn't happy with the Lost Forest level and I knew it could be much better. So what did I do? I started creating the Lost Forest level all over again from scratch with a few new ideas in mind, here are screenshots of the update level: 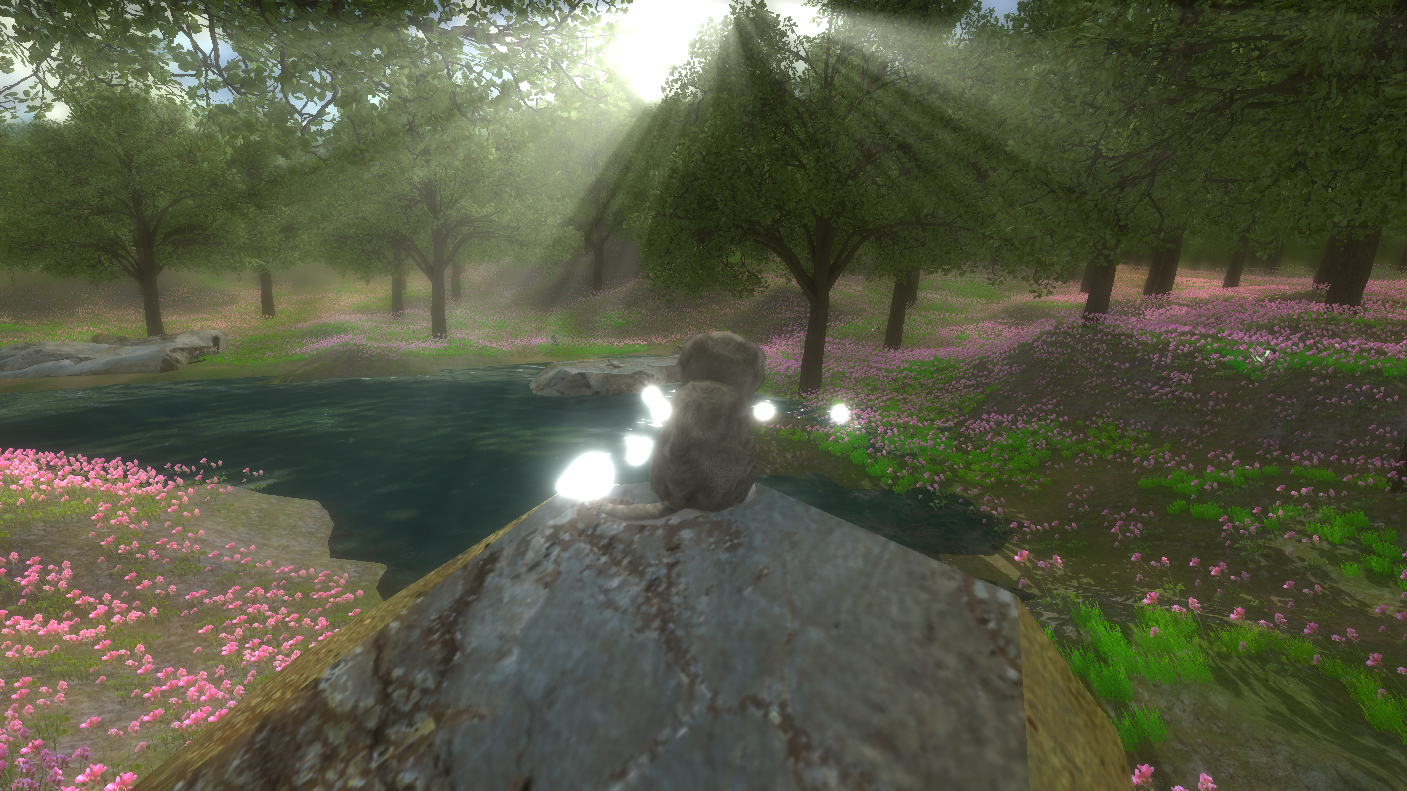 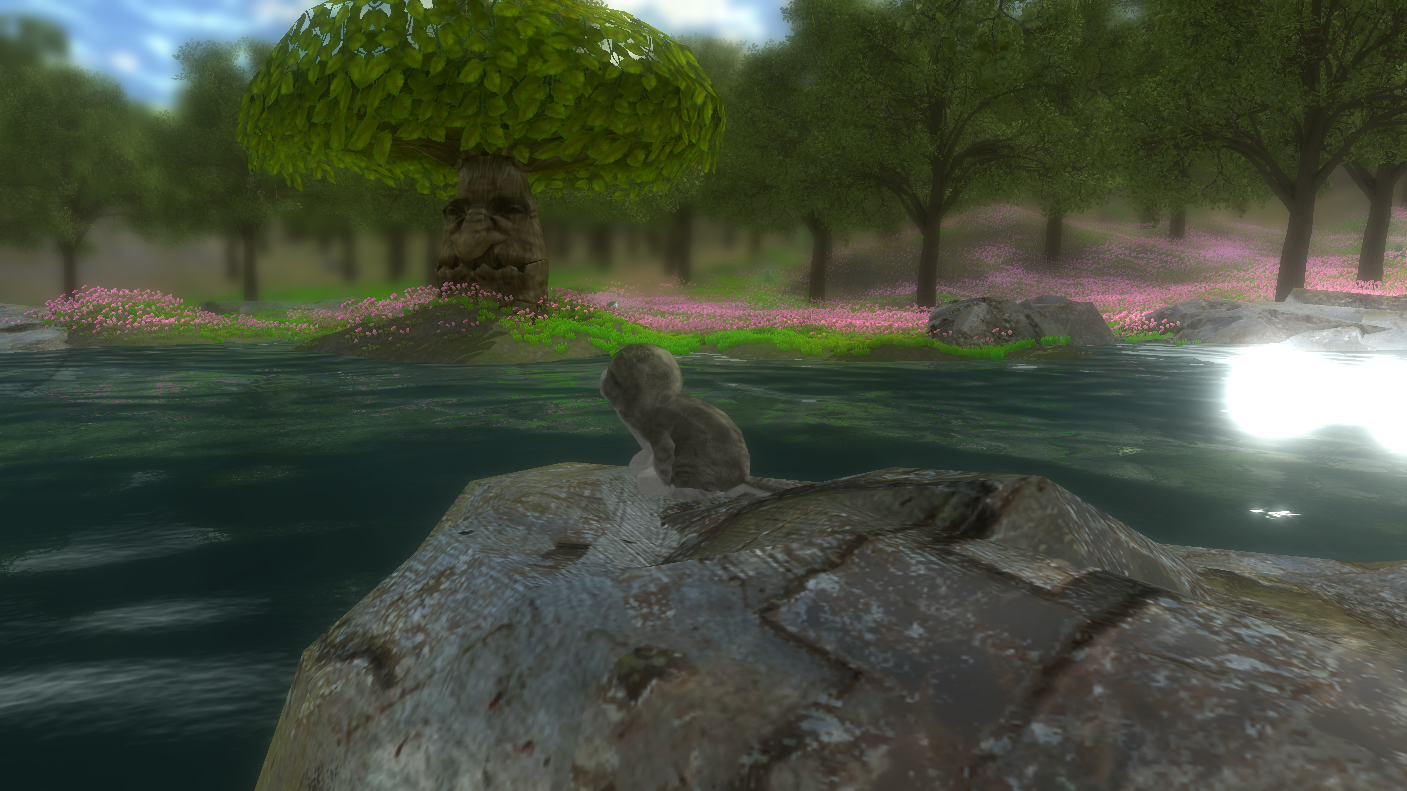 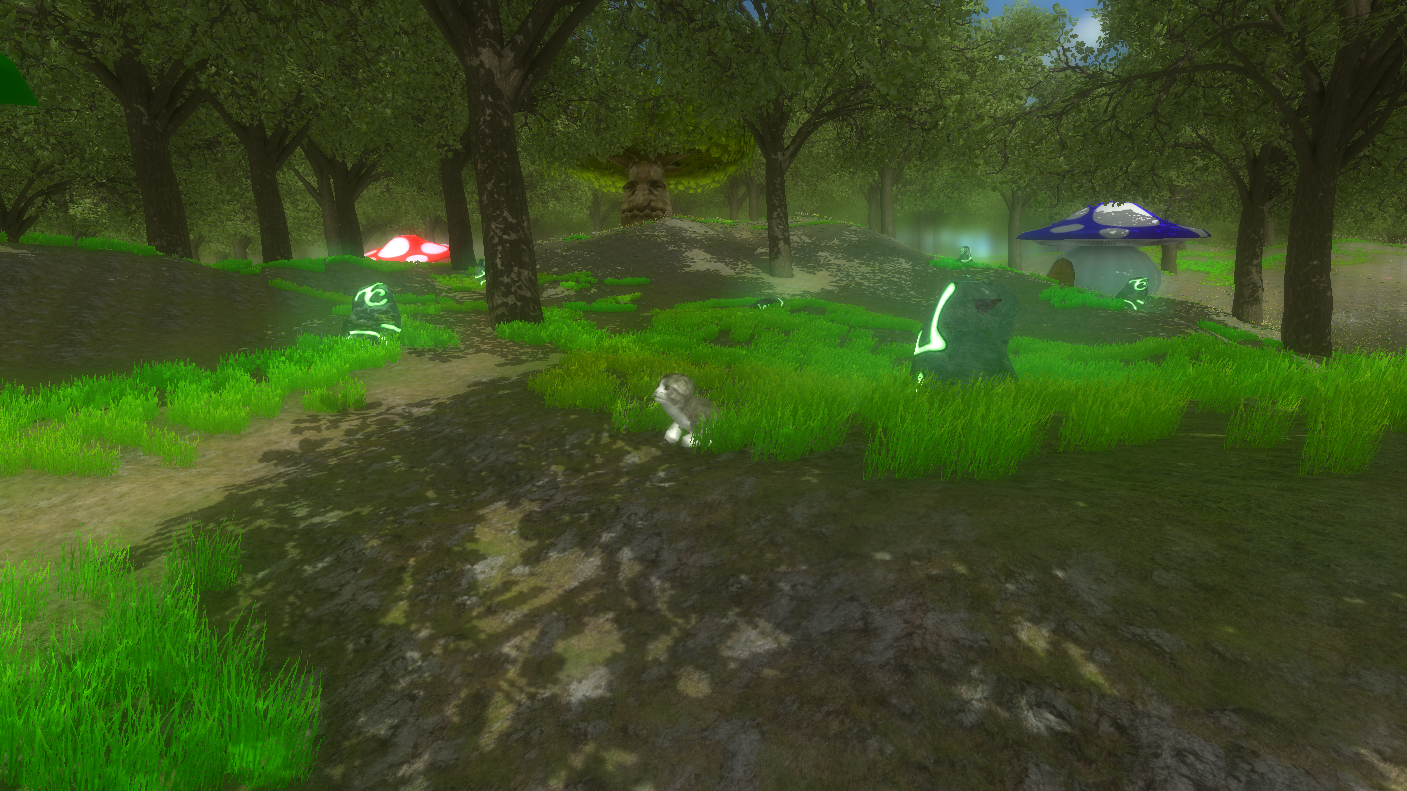 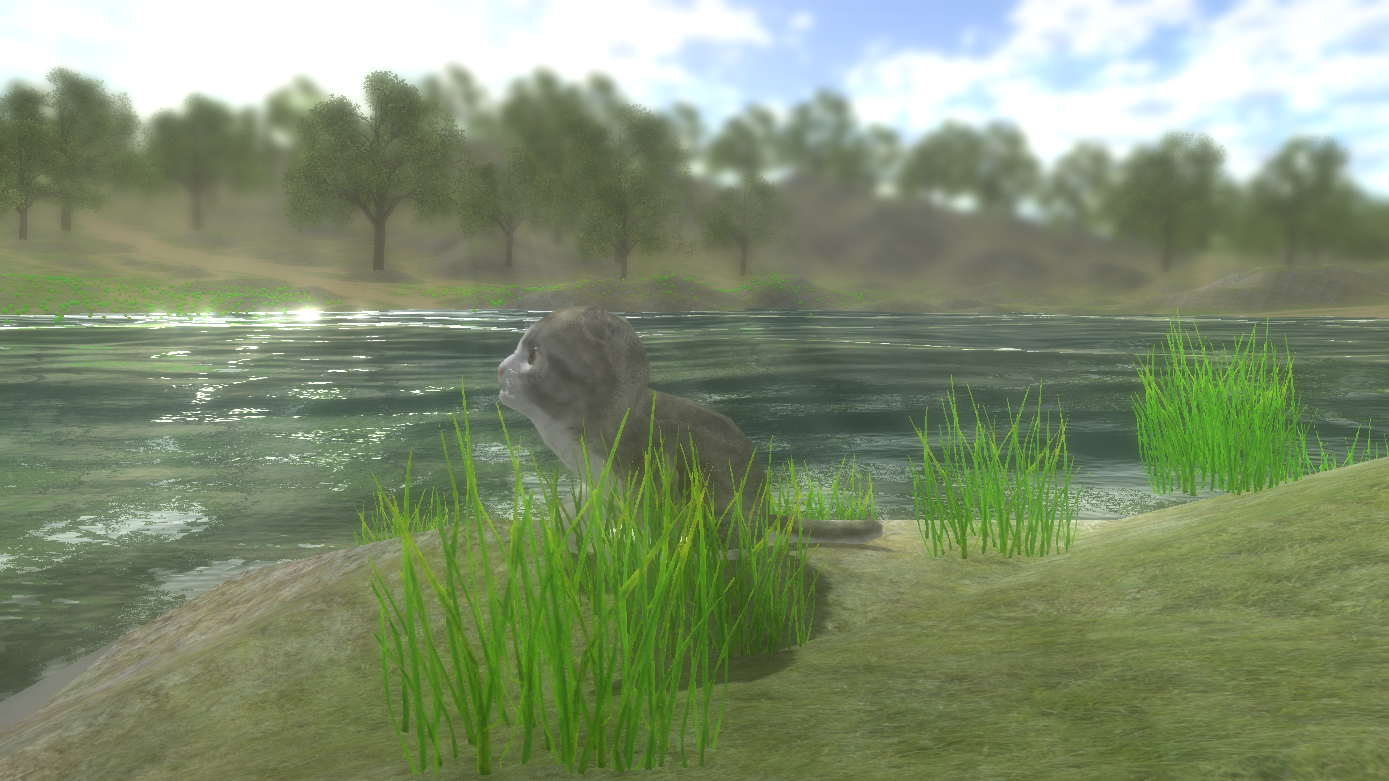 The screen shots only show a small portion of the level, it is now 4 times the size it used to be and with that huge size I needed to figure out a way to allow the player to travel around easily without having to run for a very long time. Portals seemed like a great idea, so I put portals in 3 areas (1 for each section of the level), here are screenshots: 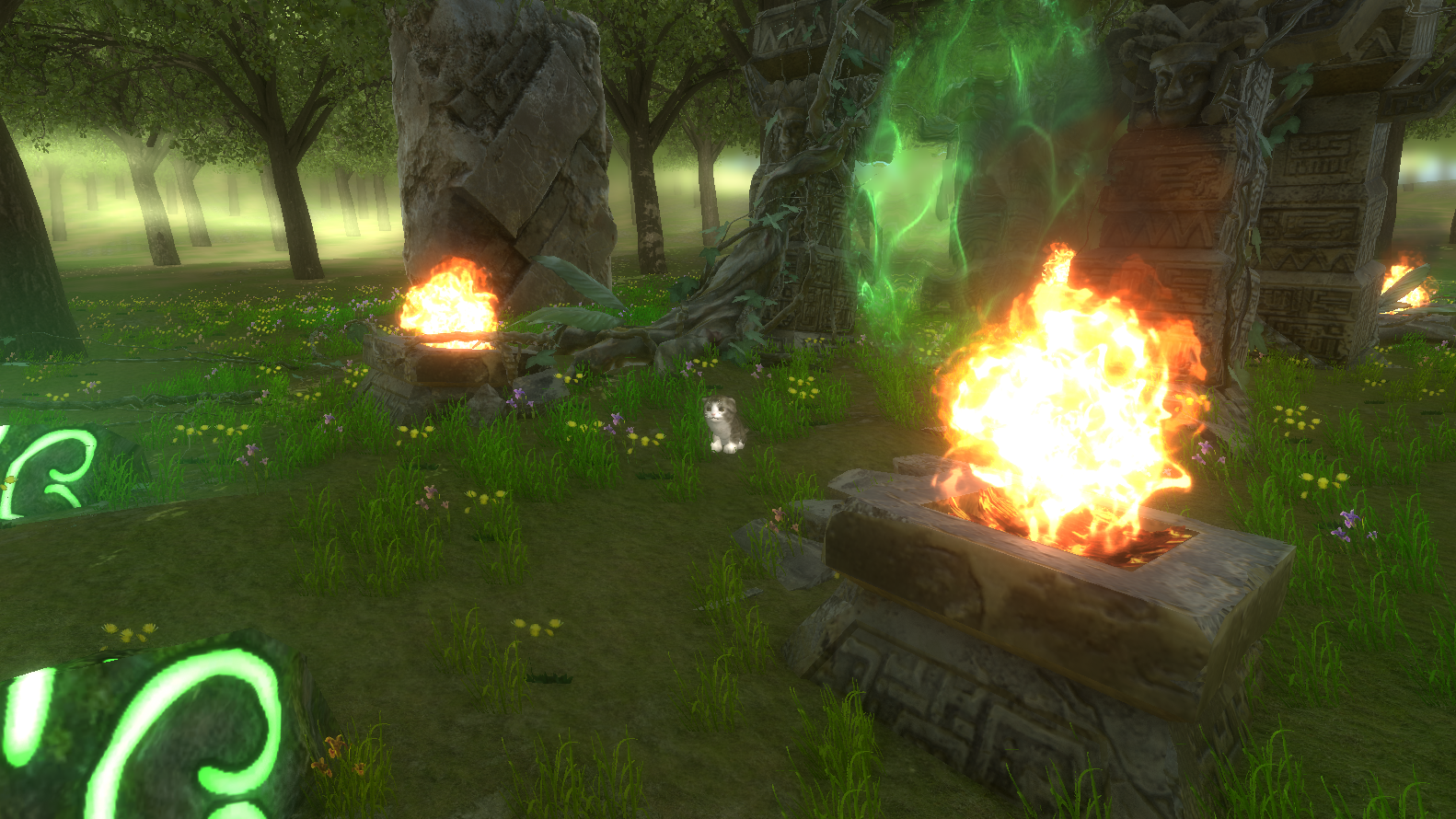 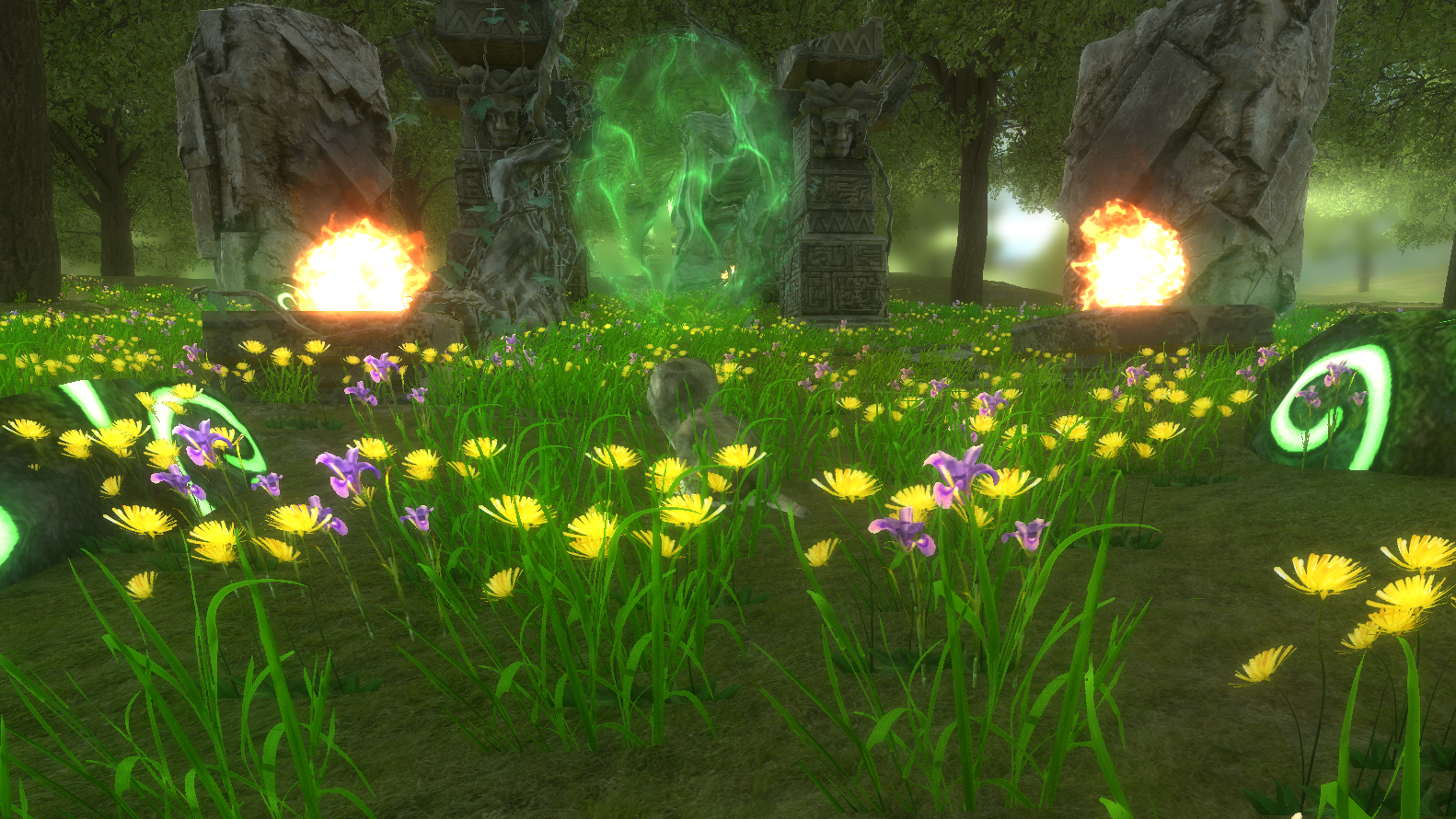 Now that it's easy to travel around I started adding collectibles like those rocks you see in the images, if you touch the rock it activates and displays the green pattern shown. Activating certain percentages of these rocks can open/unlock areas, chests, activate portals, etc. and of course the catnip bags needed to be put in so I scattered them throughout the level.

After that I took some time to touch up a lot of the environment, add in interactable birds (birds display wherever you are and can be knocked out if you touch them, picking the birds up is not a feature at this time). Everything is coming along great, I decided to show a small section of the new level in a video here:

Not too long after releasing the video I started allowing sign-ups for alpha testing of the new alpha, that period is now over and I have received valuable feedback from the testers. A small banner from the alpha sign-ups: 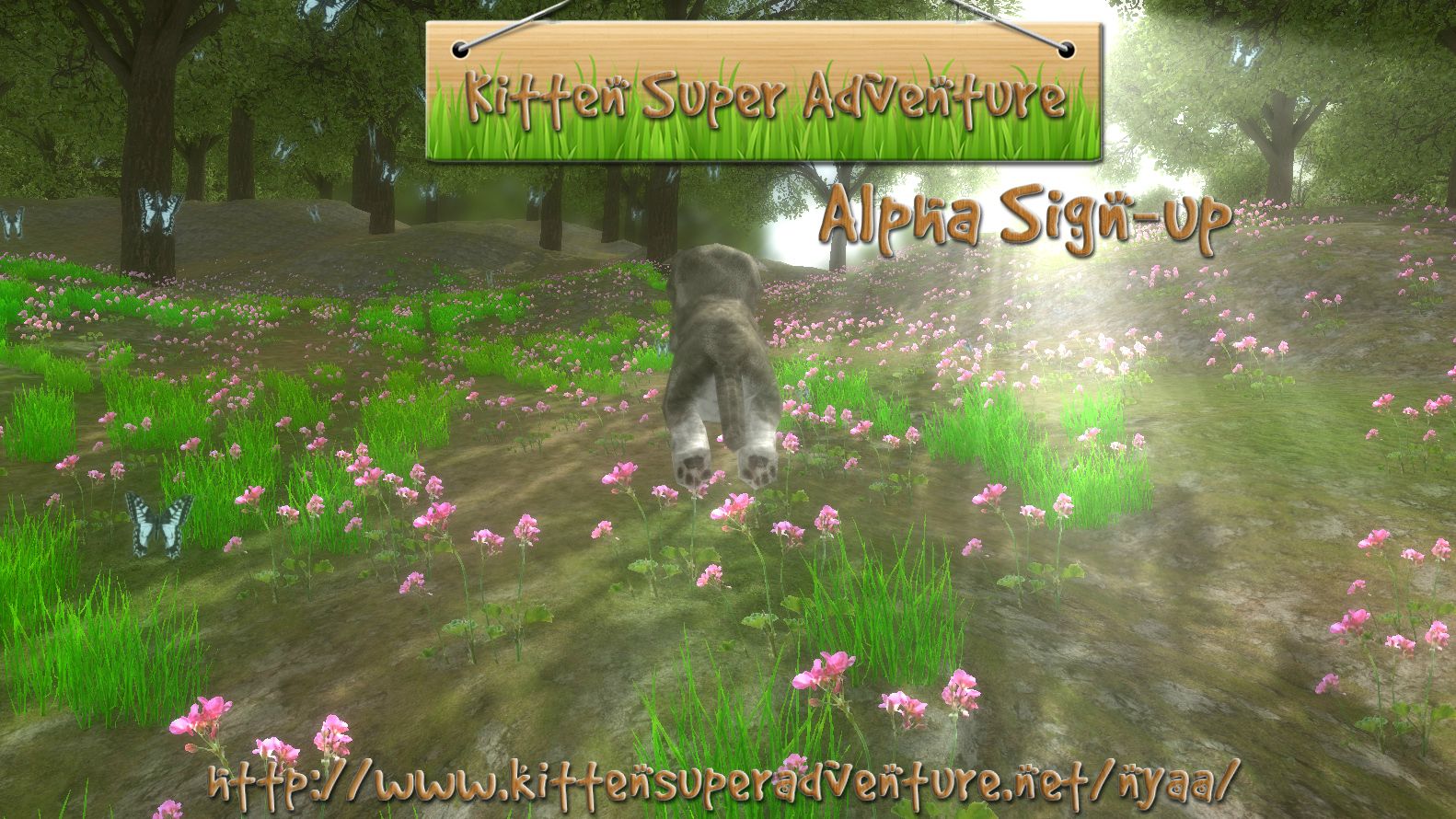 The game is now playable using an Xbox 360 controller but not all features are finished yet, such as being able to use the right analog stick to control your mouse so you never have to touch the mouse or keyboard to accomplish interacting with either UI or characters in game. This is something I am still working on but it should be fixed in later builds. For now here's the controls layout: 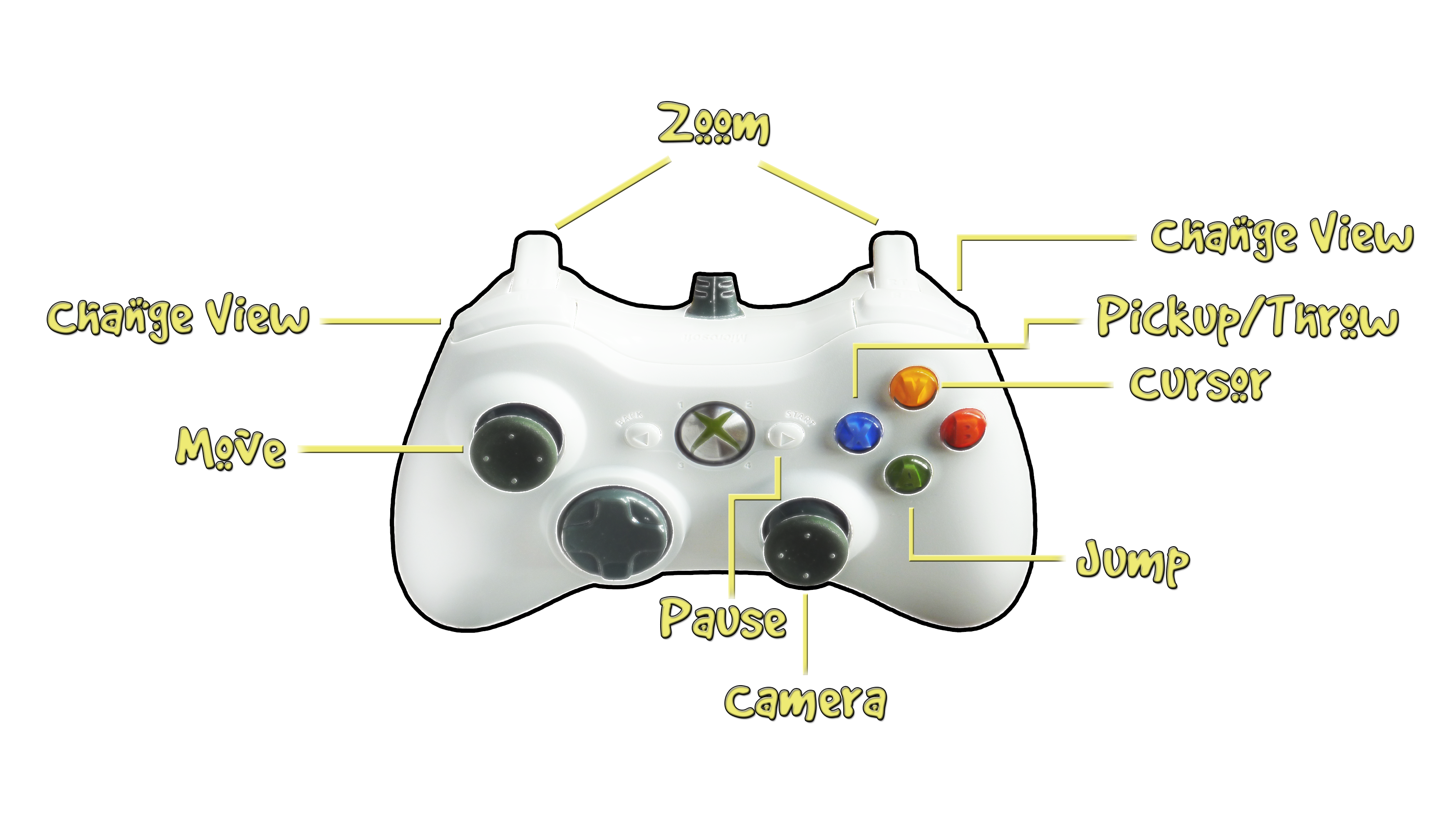 Getting close to wrapping this up so let's cover the most recent updates to the game, I started working more on the moon level as I left it a bit bare. With plenty of ideas in mind I decided to work on the UI graphics first because that is one of the most important aspects of the game (in my opinion) and I do want different UI graphics for each level. Here are a few shots displaying the new UI graphics for the moon level: 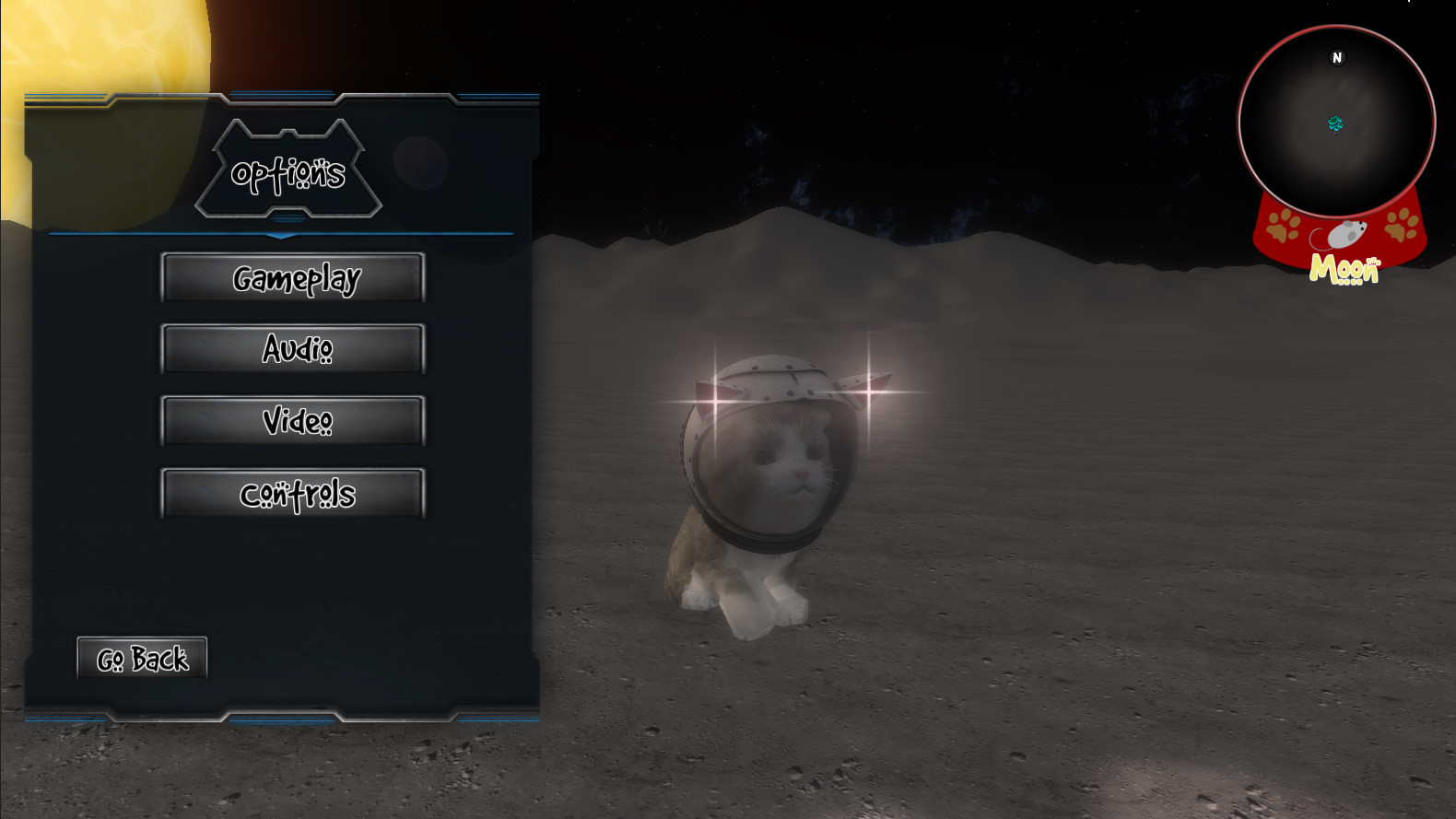 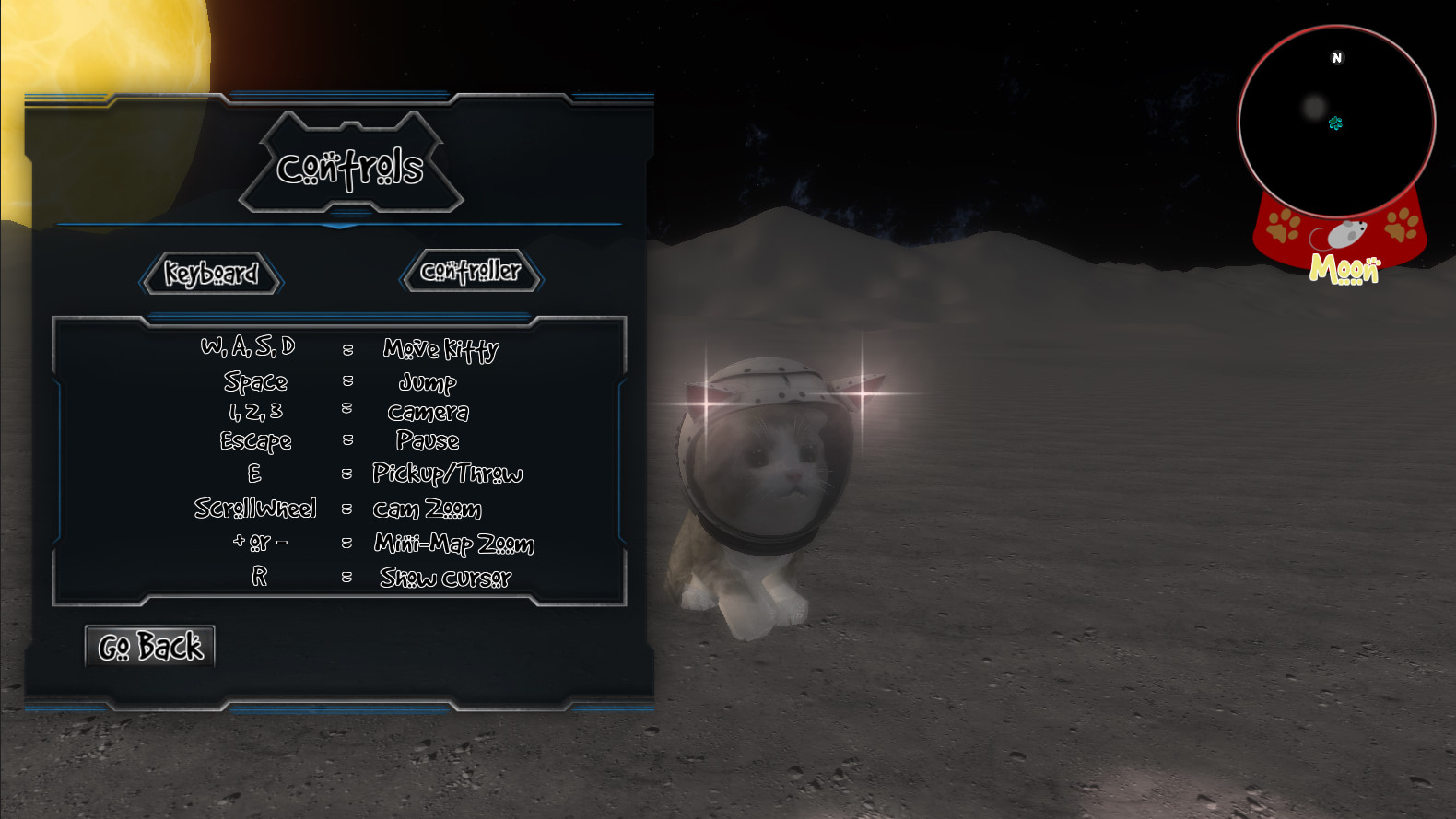 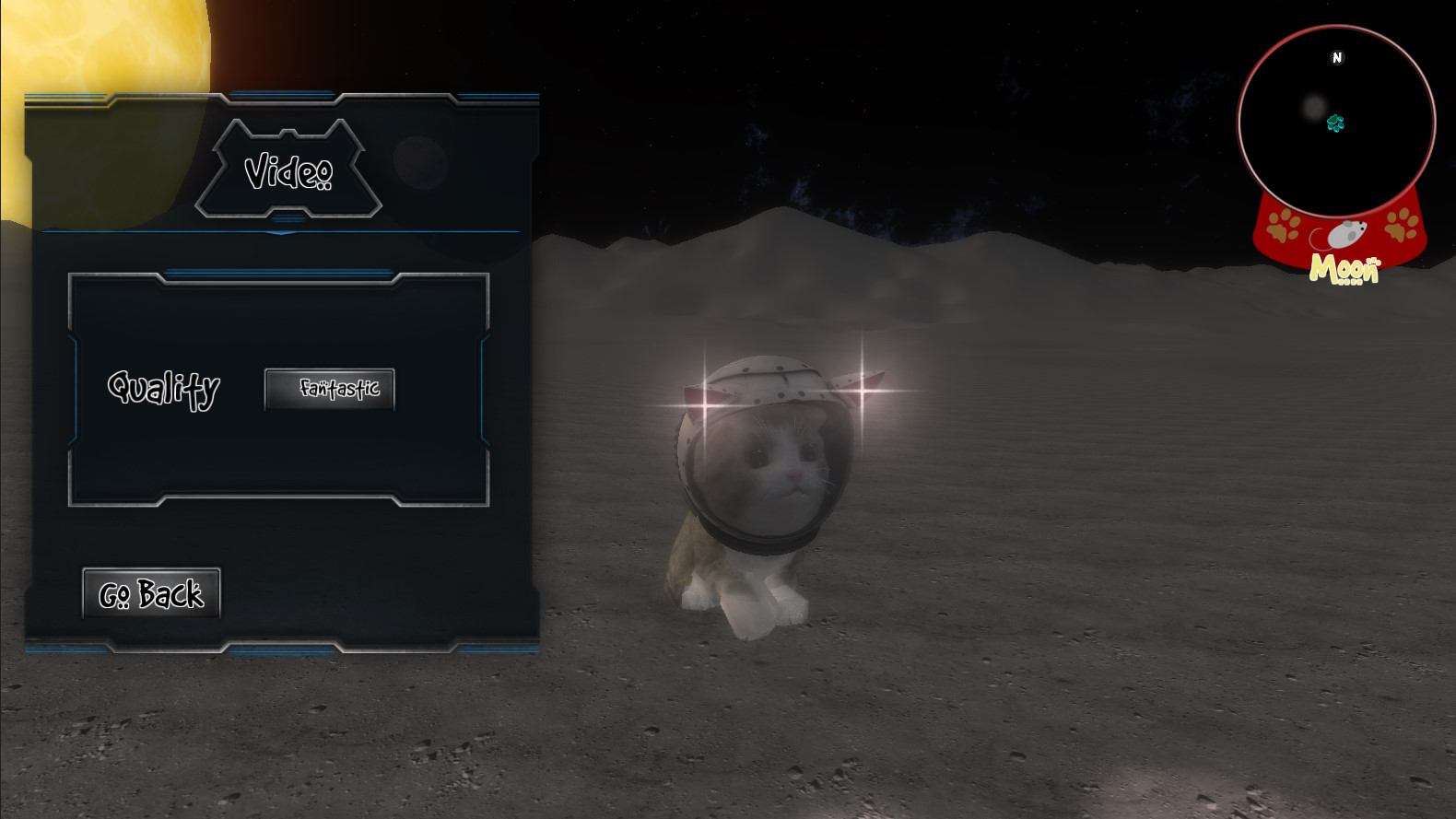 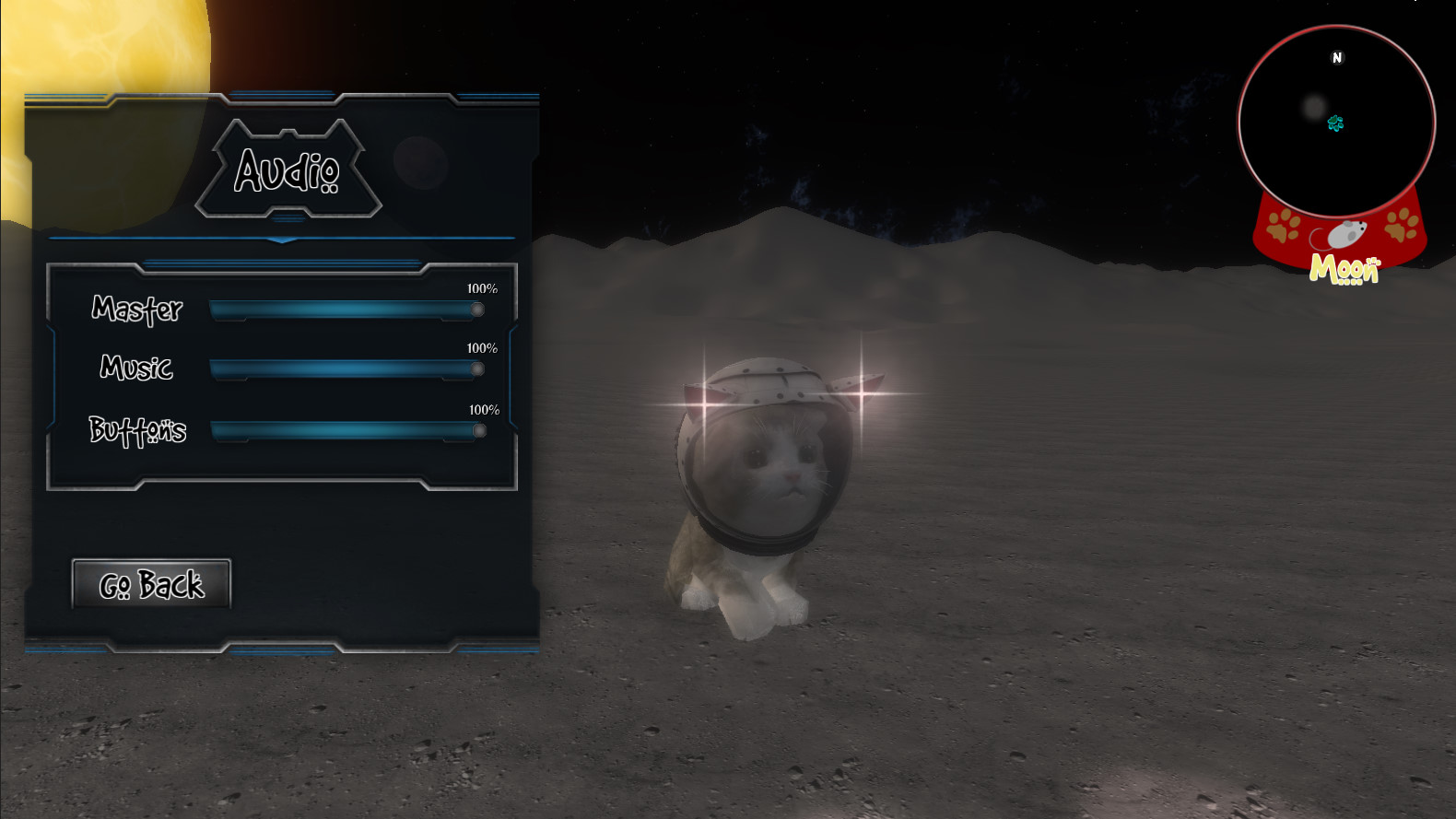 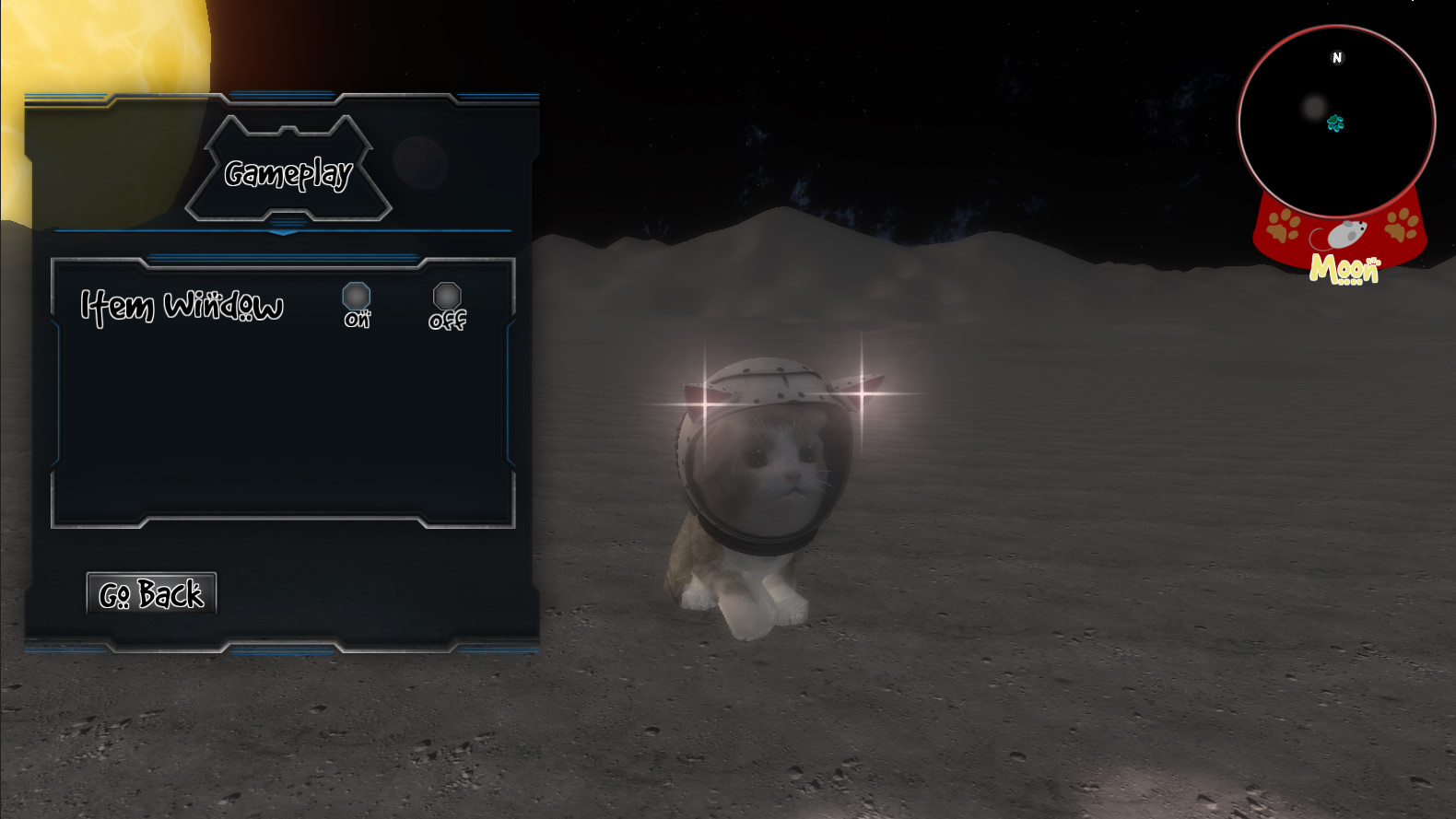 Pretty content with how the UI graphics look I was excited to get started working on the level more, before really renovating the surface I had a great idea, let's create the space station/base. These images display the space station WIP from the moon level. There will be a lift on the moon surface which will take you underground into the base: 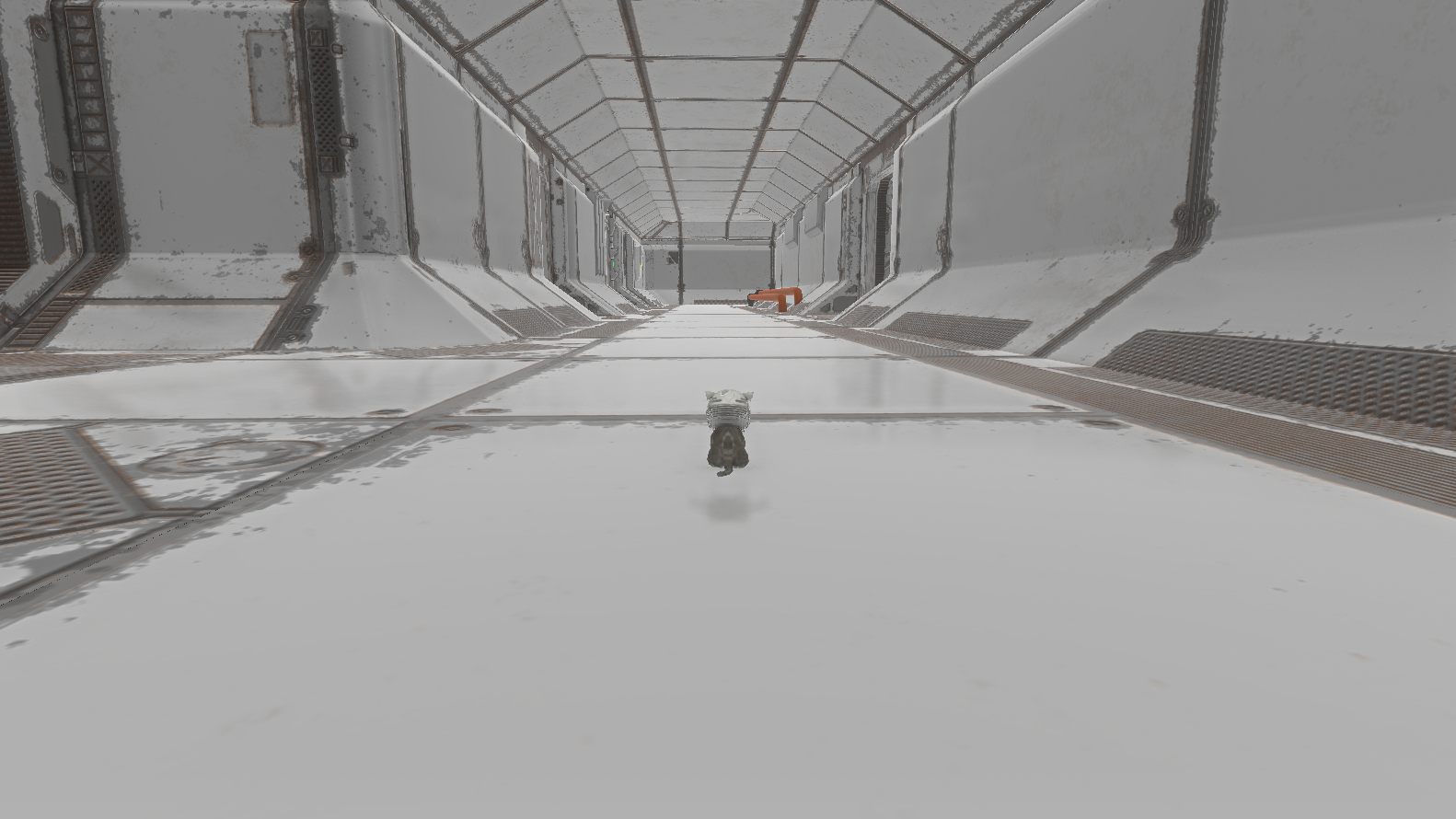 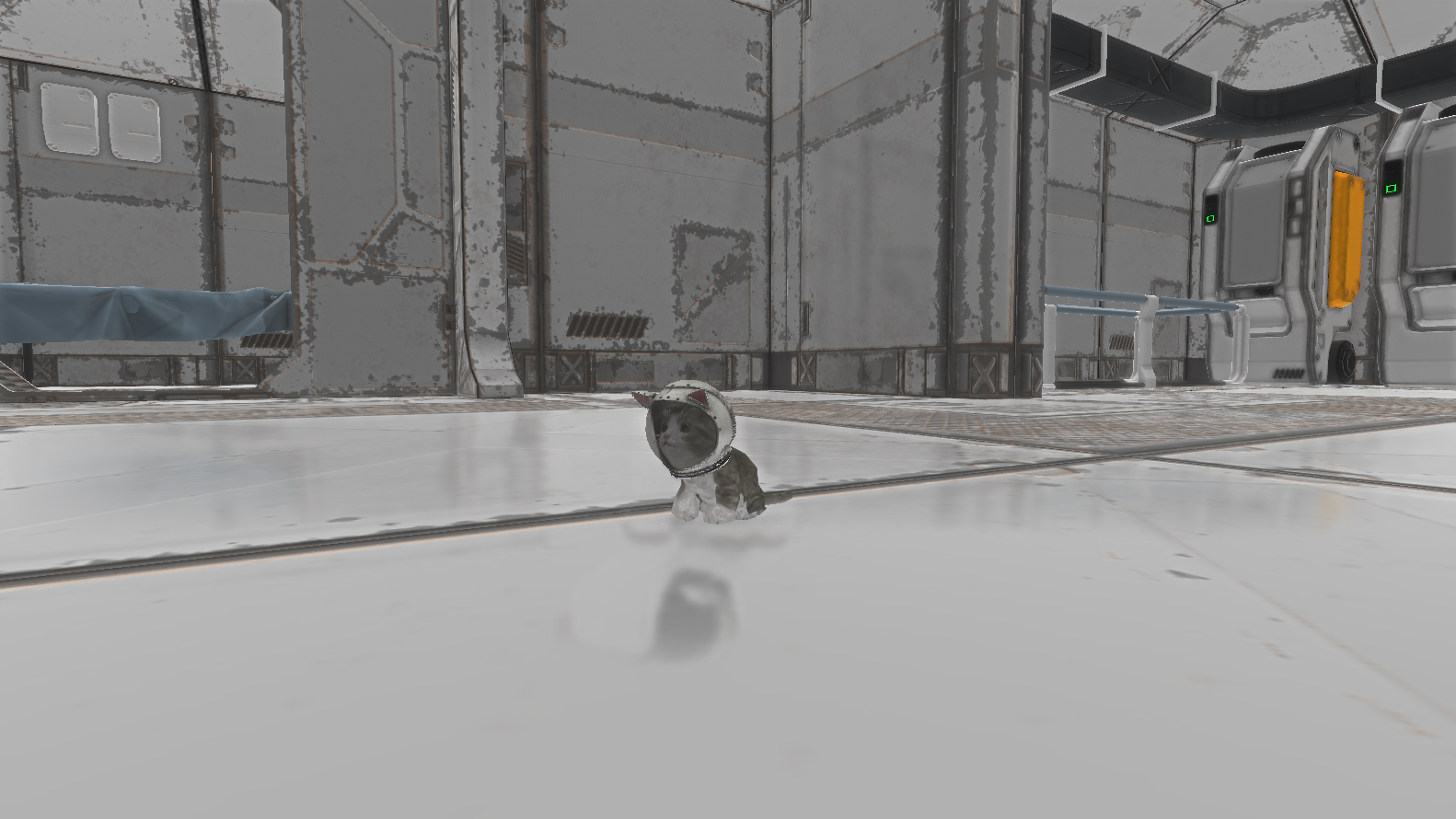 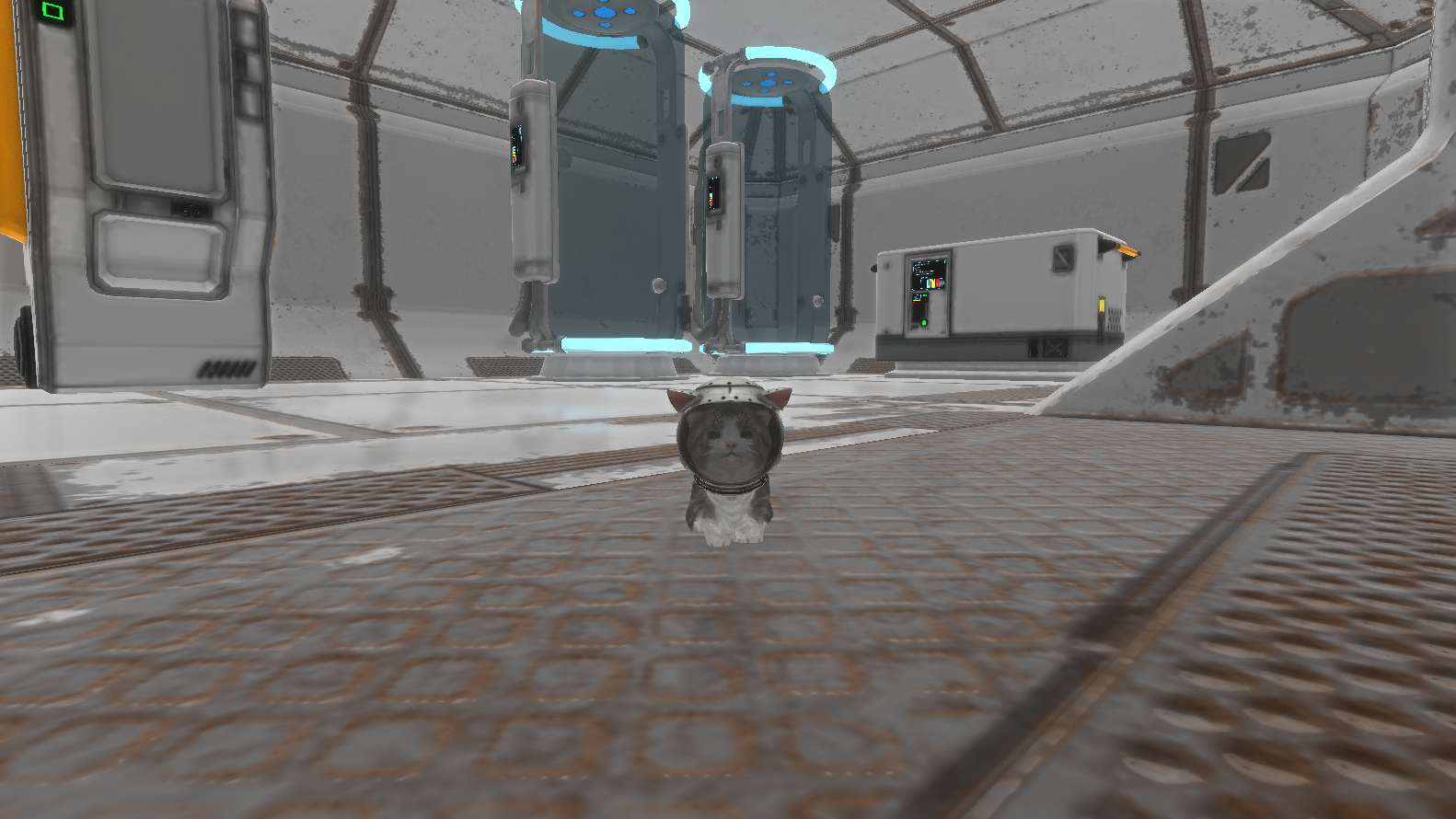 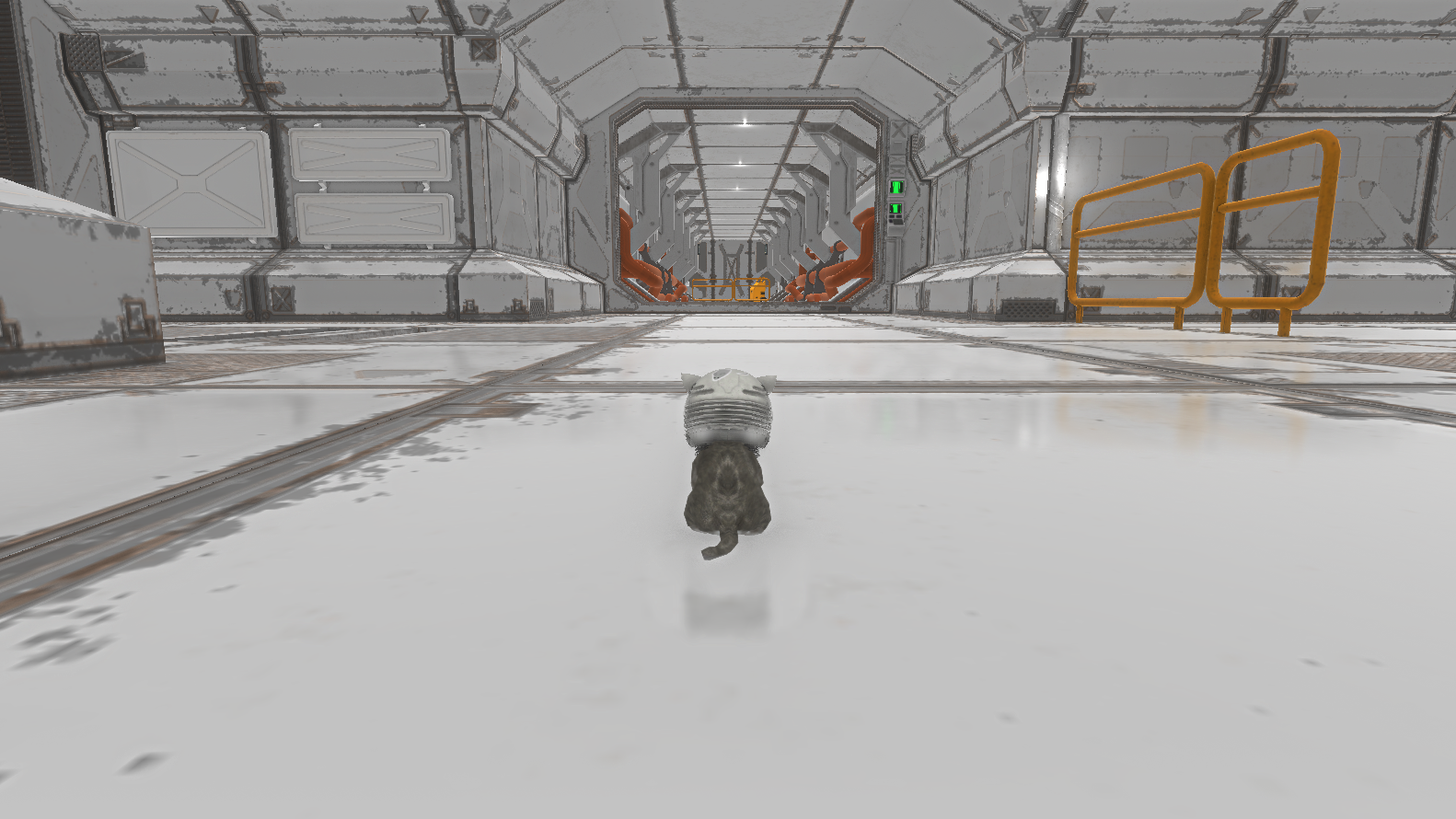 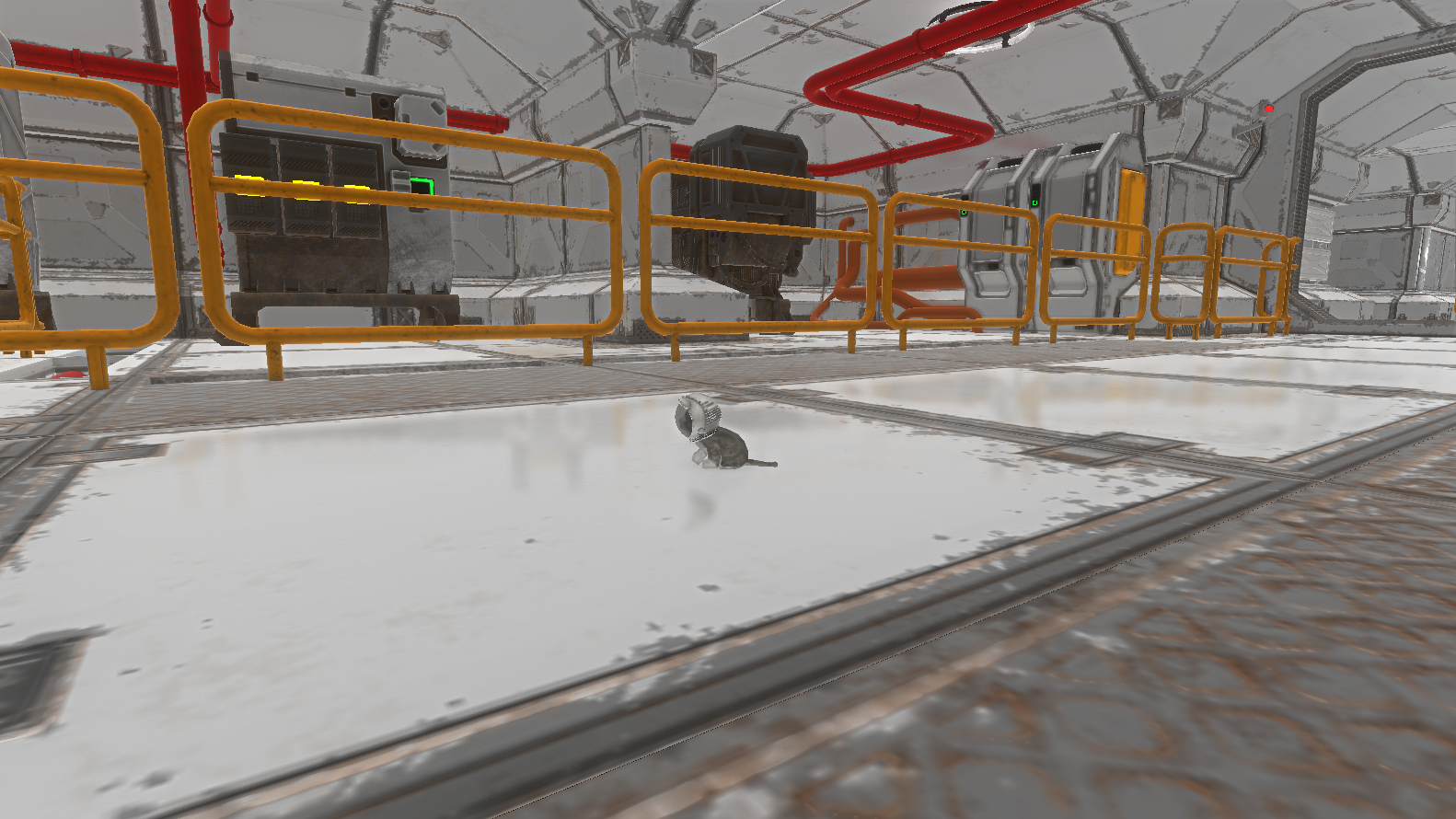 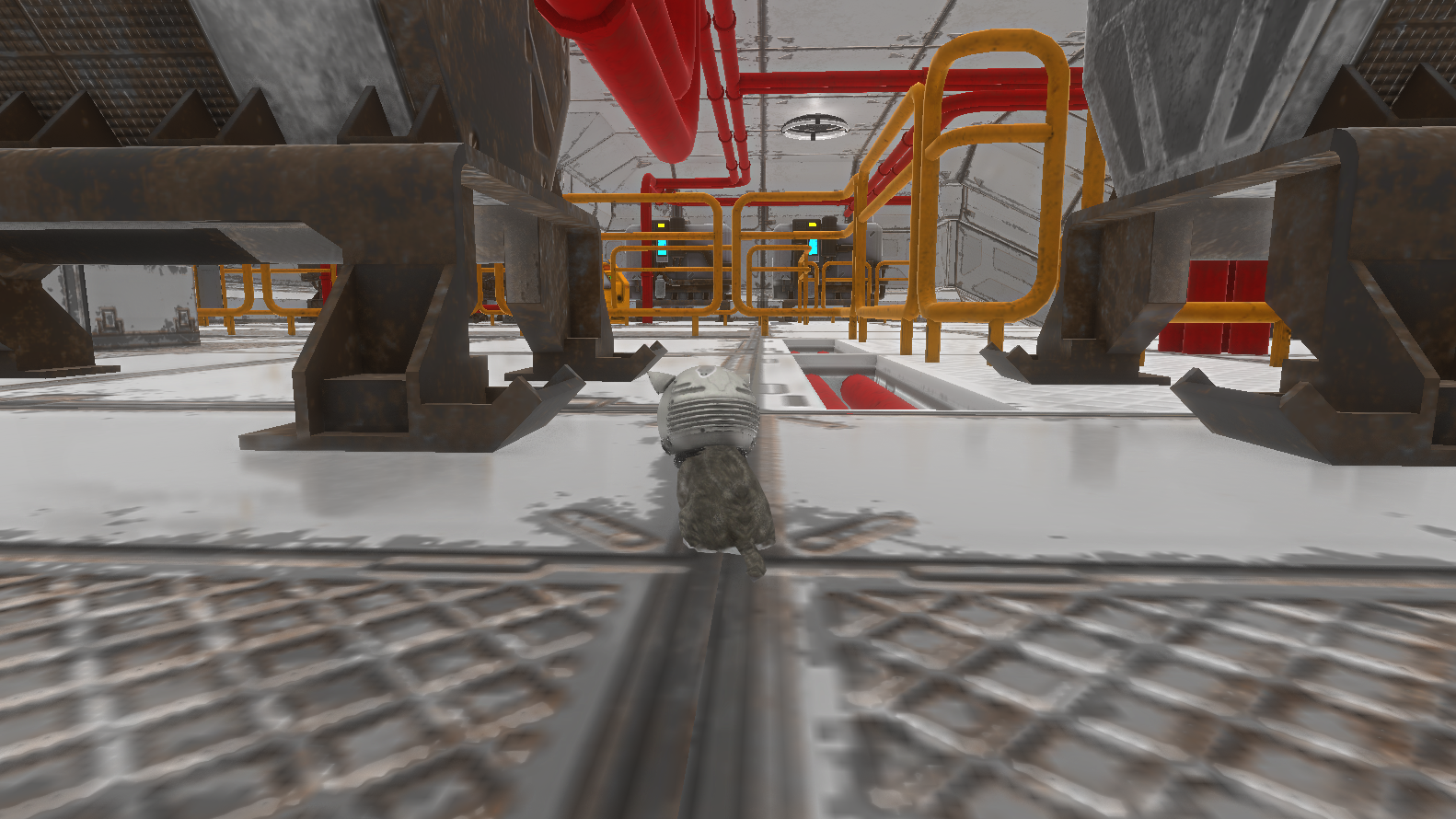 That brings us to the end of the updates, so far everything is coming along great and I hope to bring you the early access release for steam soon. There are still a bunch of things to iron out and lots of levels to build, environments to mold and characters to bring to life. Look forward to much much more!

Wow, you made a lot of progress. I'll join the alpha as well! Thanks a lot for the update, glad to see that the game is not dead! <3

Glad you like ^_^ Oh the game won't die, it will be completed, you can keep up with the latest progress on the facebook, twitter, gamejolt or steam greenlight page.