It's been a while since I posted a news post with the latest updates, this news post covers everything that I may or may not have shared on IndieDB.

Hello everyone and welcome to another news update for Kitten Super Advanced! There has been a great deal of progression so far and things are coming close to having the new Alpha build ready, why is that? I will explain in a bit here but first let's go over the progress of the game.

Last time I posted about making "Alternative Title Scene" that are unlock-able in the game once you complete a certain achievement, the two scenes I was working on were "Super Kitten" & "Meowtrix", both of which were basically finished in the last videos BUT I felt Meowtrix needed something with more spice so I created an entirely new scene and expanded on the idea. Here's a video of the scene's current progress, you may want to turn the your speaker volume down before playing as it starts suddenly and can be a tad it loud (it's still a WIP) :

There are tons of Alternate Title Scenes I could make but those are not as important as the rest of the games development, I will come back to developing them when the game is more complete.

While I waited for the cat house model to be finished up I started on creating the bases for a few new levels, a skate park, moon and school level which you can view screenshots for below: 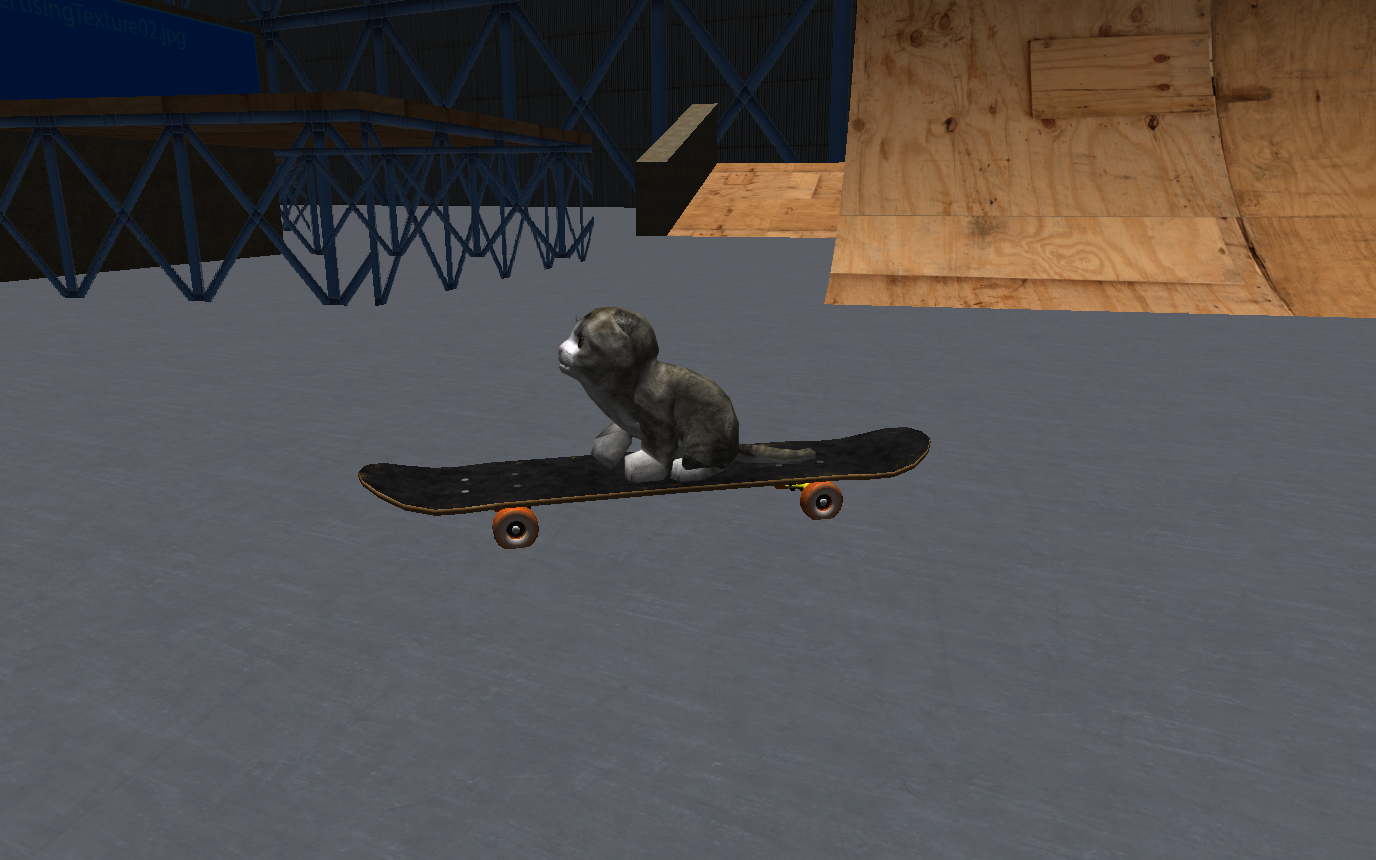 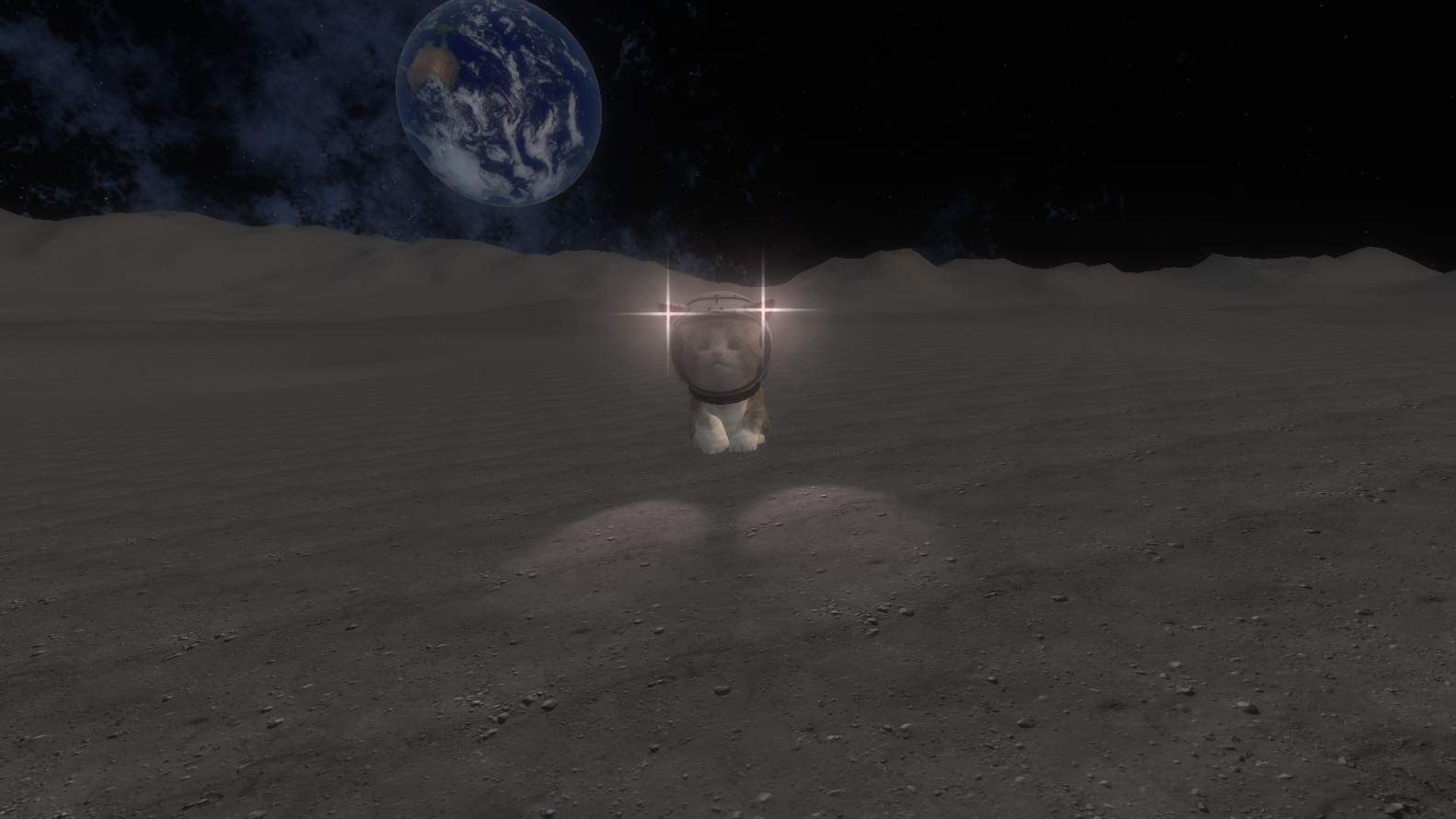 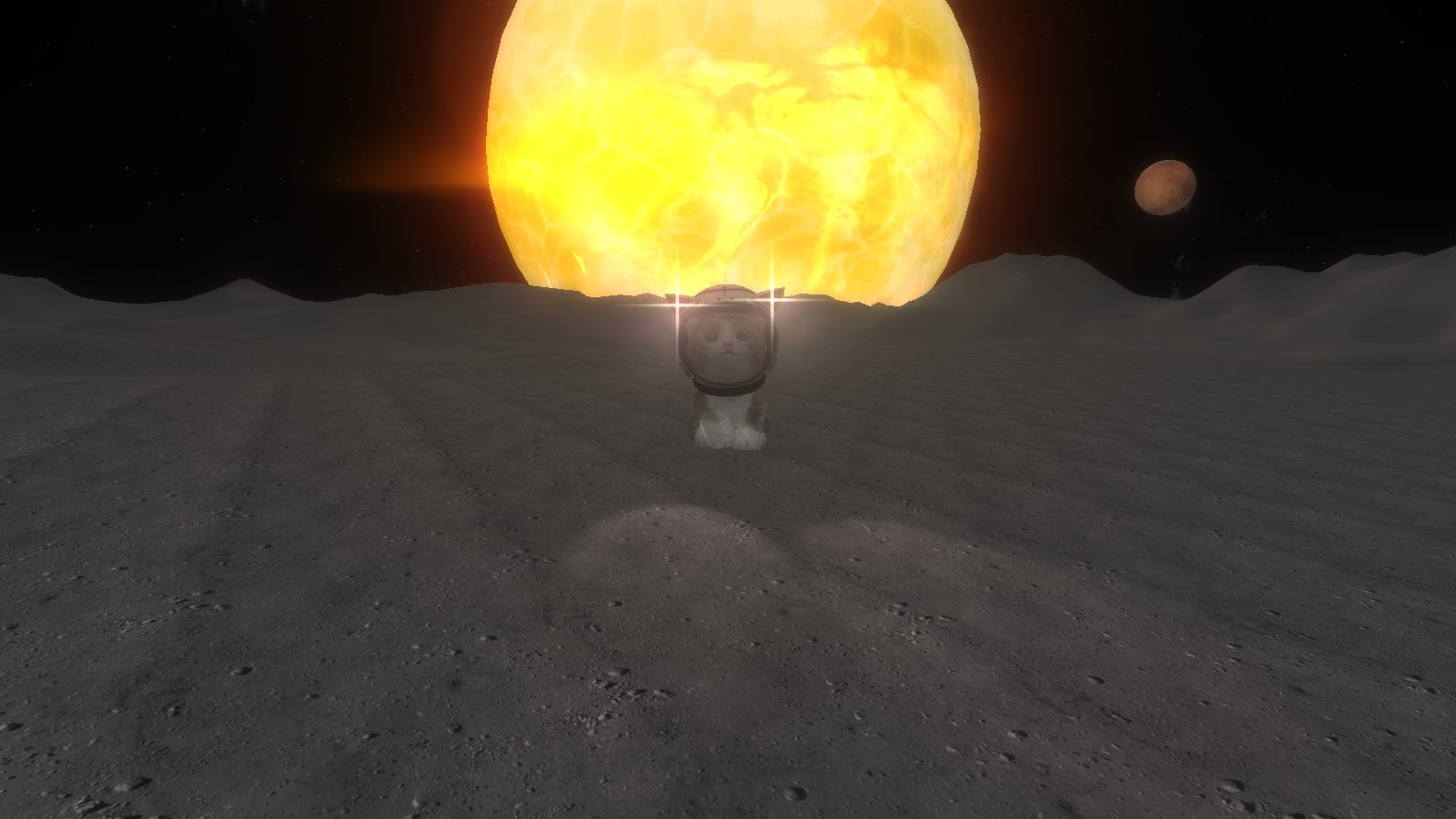 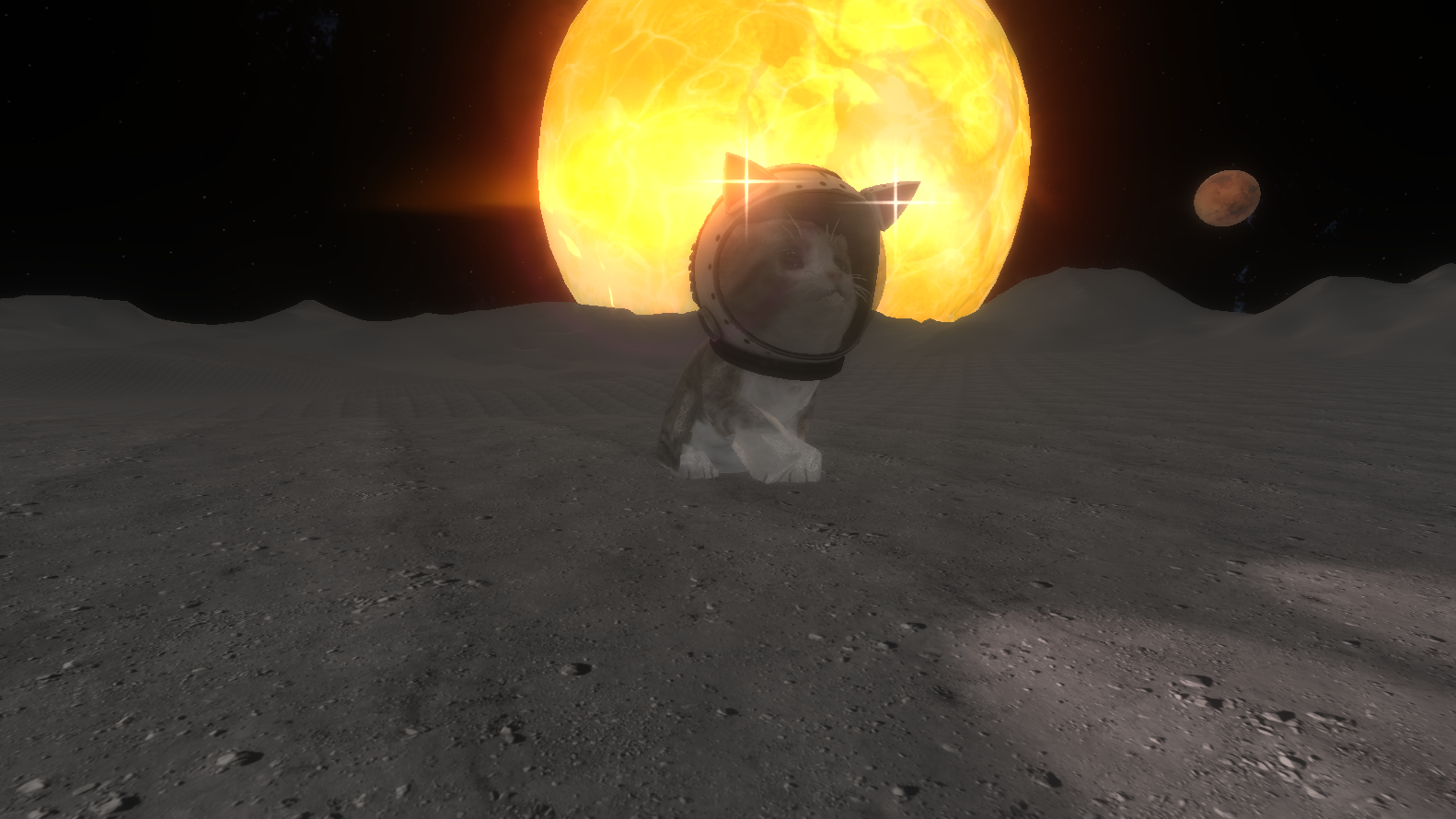 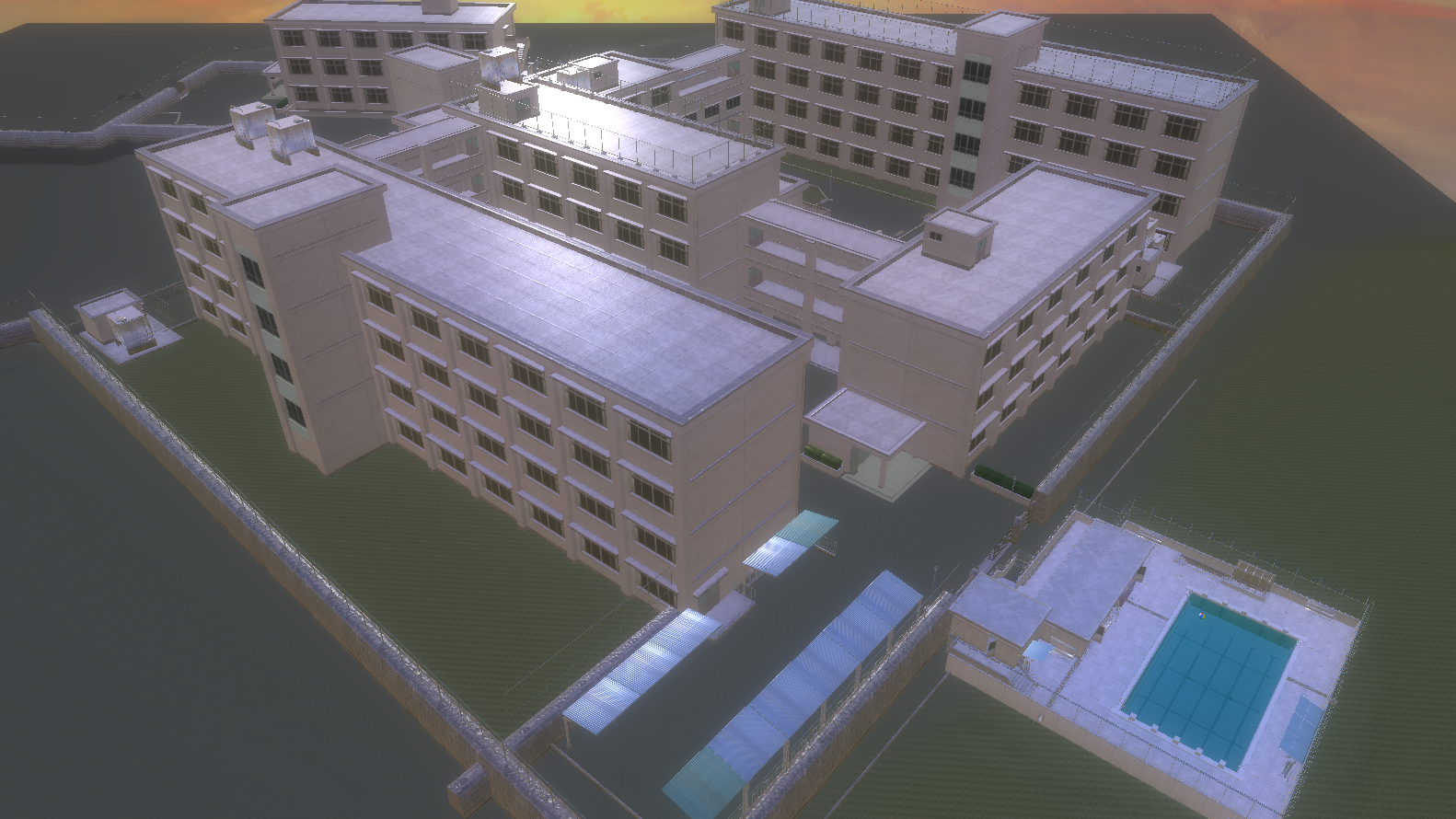 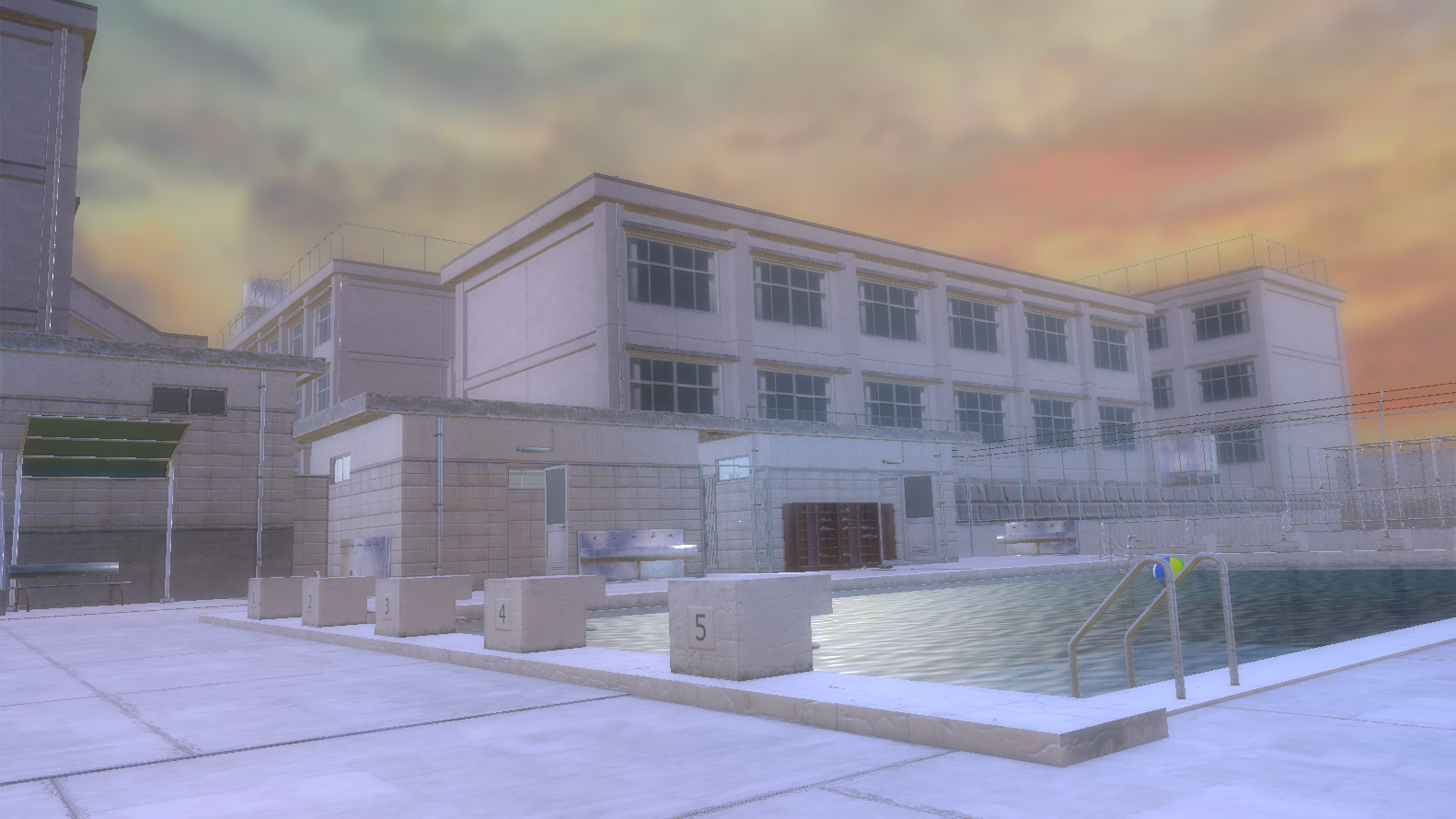 Once I had the base of the areas setup I decided to work on the school level some more as it needed a lot of work and is probably one of the levels I can't wait to bring to life ^_^ I setup the trees, grass, floor textures, etc. and moved onto bringing the kitty into the level and making interactive objects, here are screenshots of the progress: 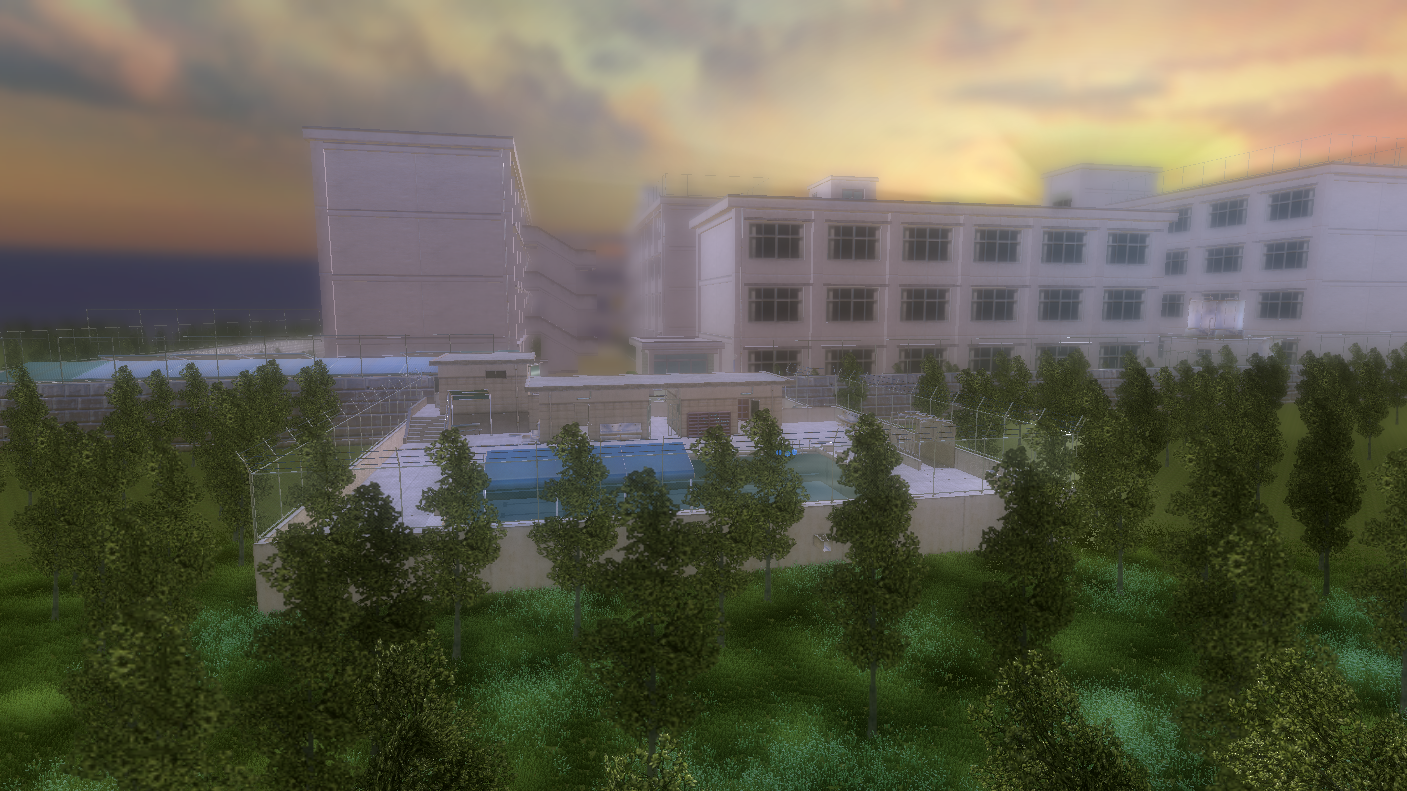 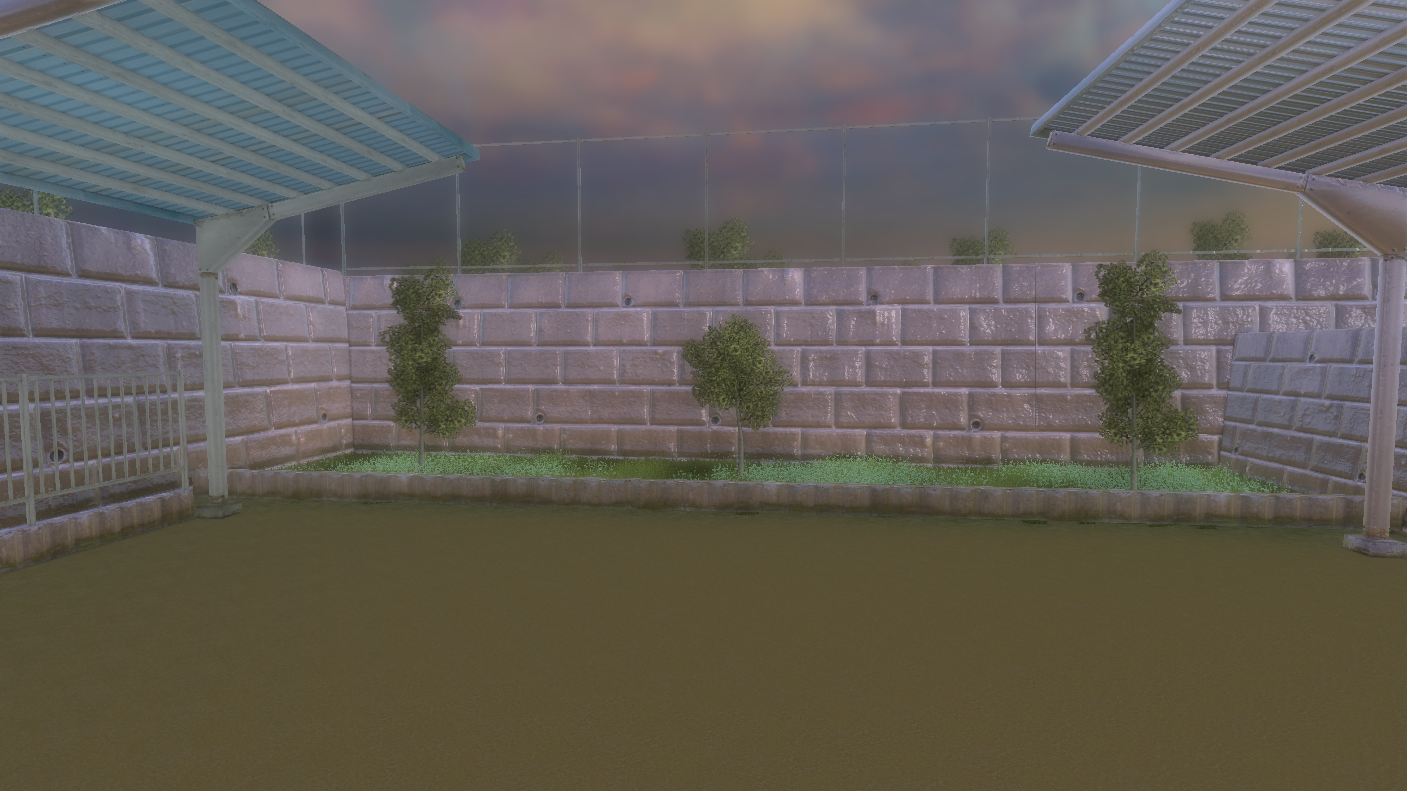 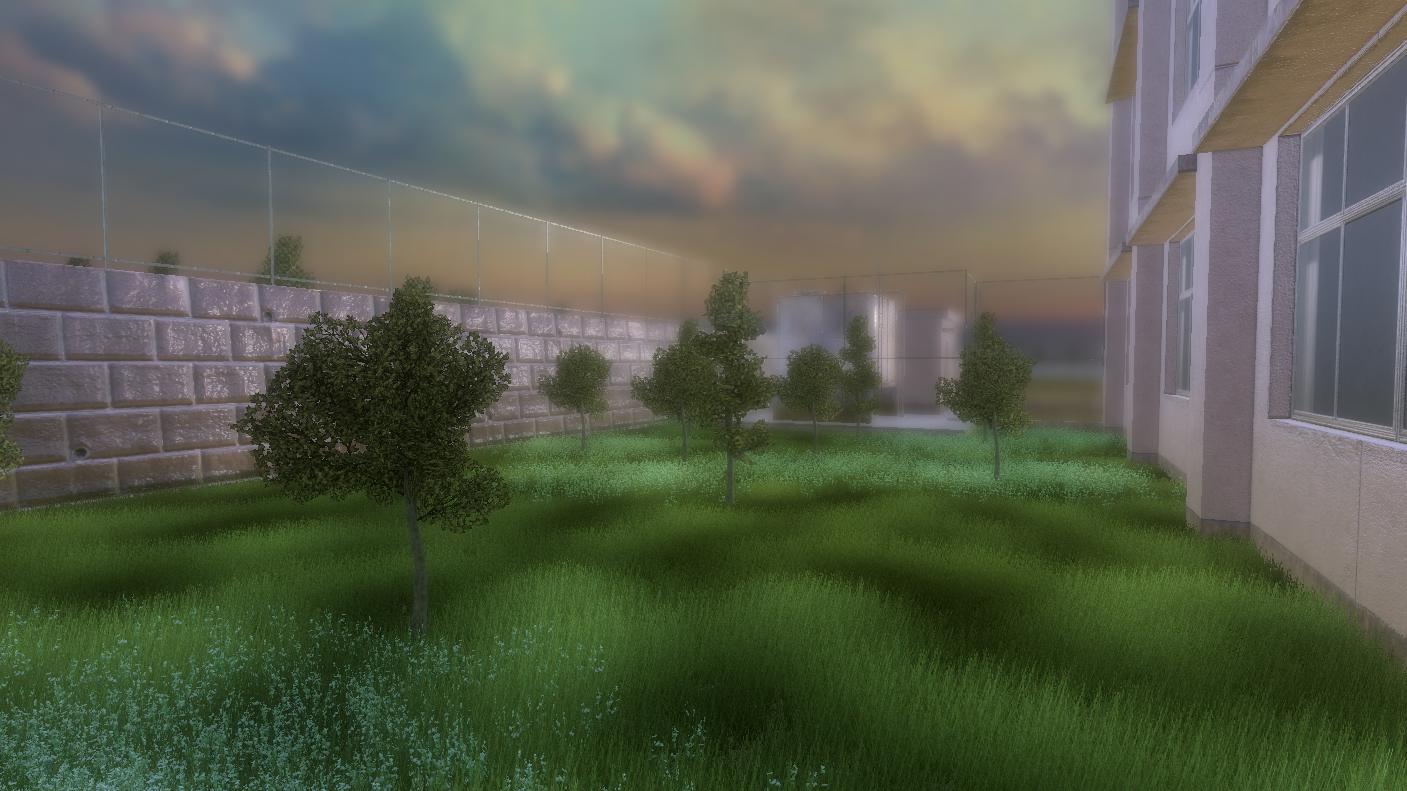 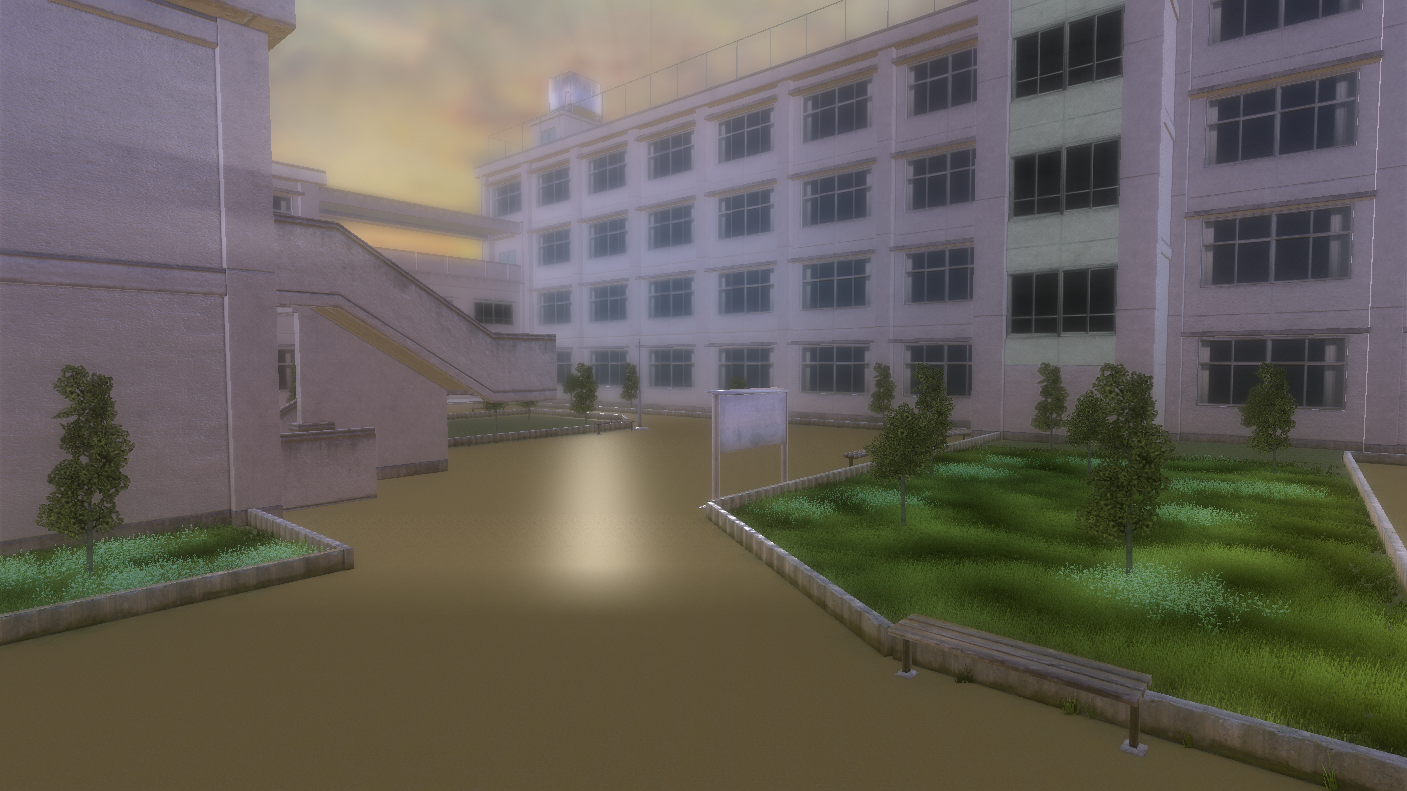 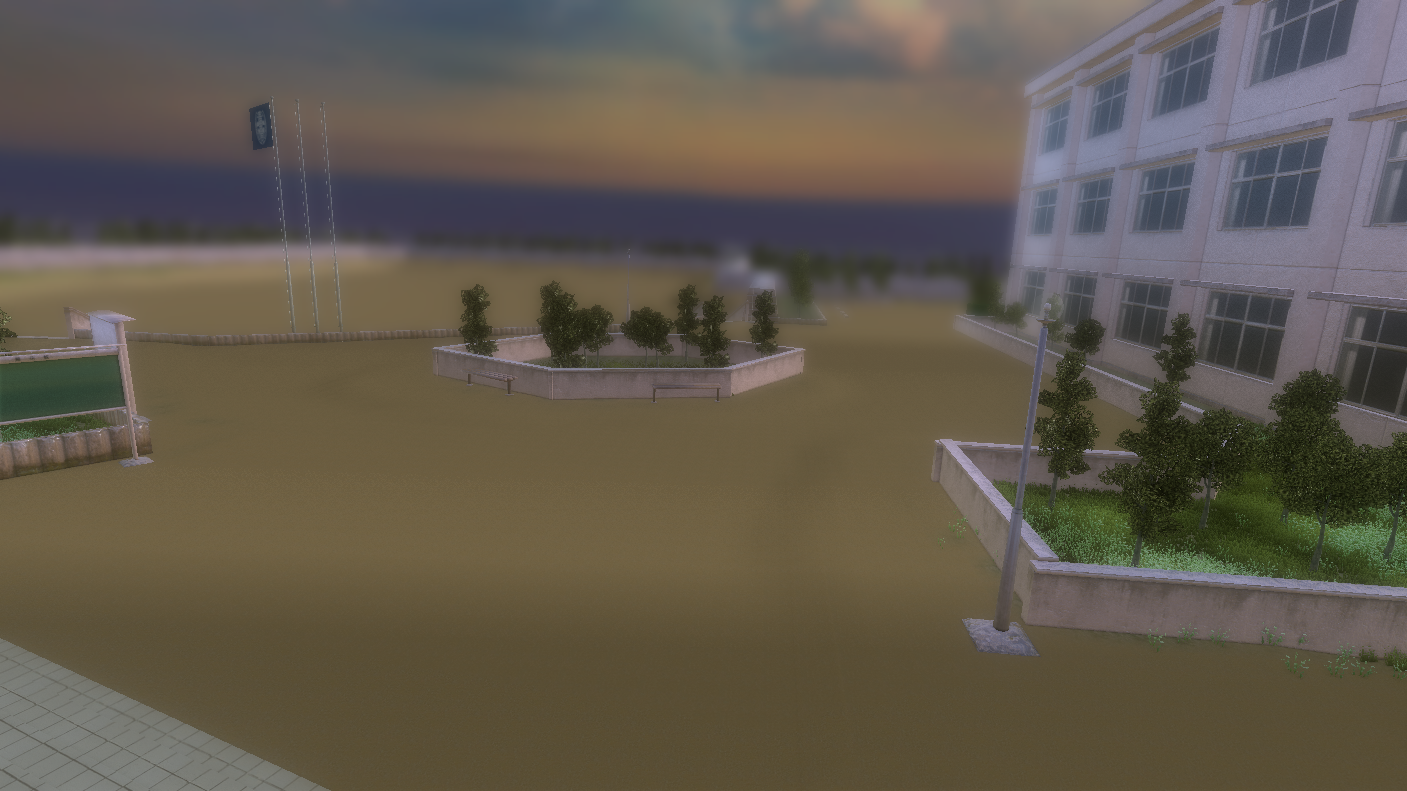 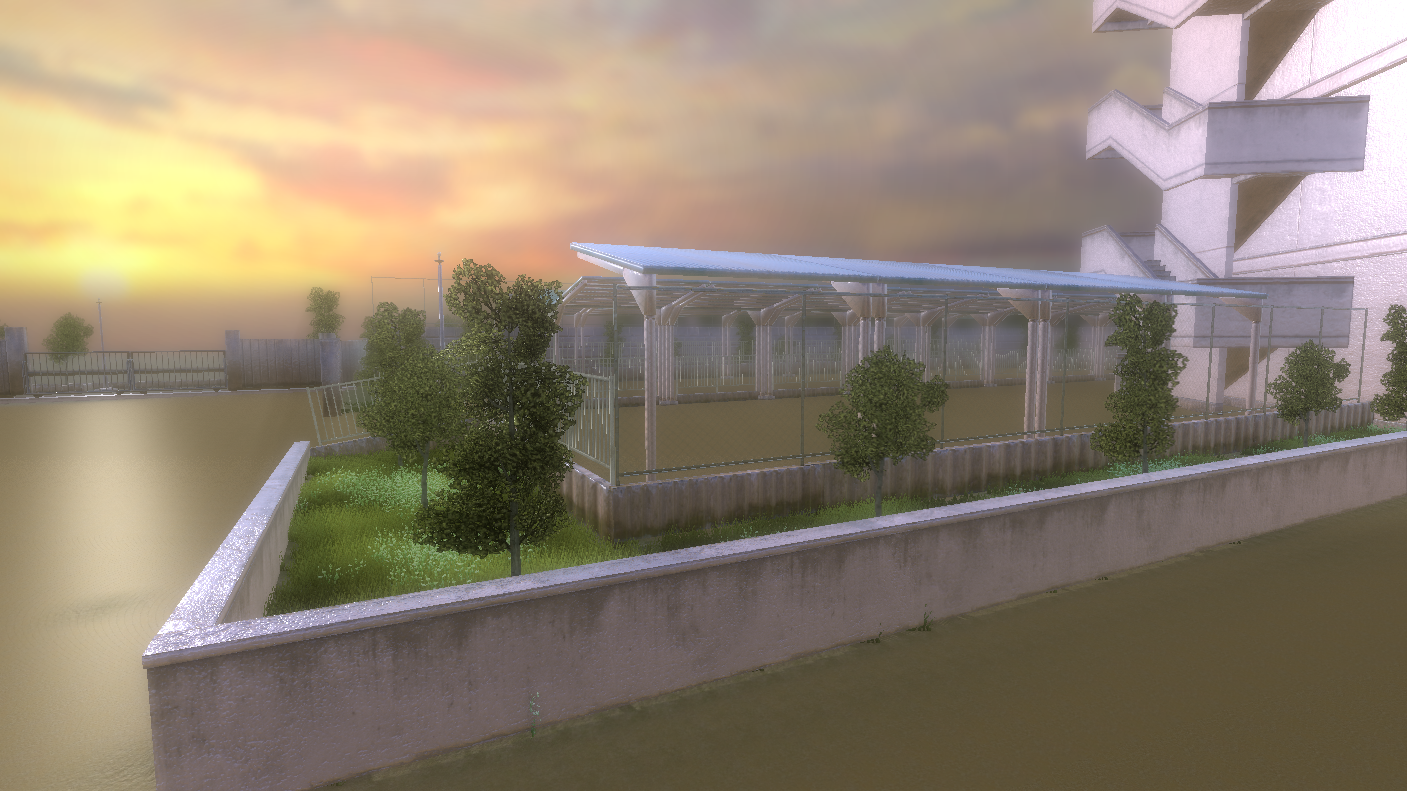 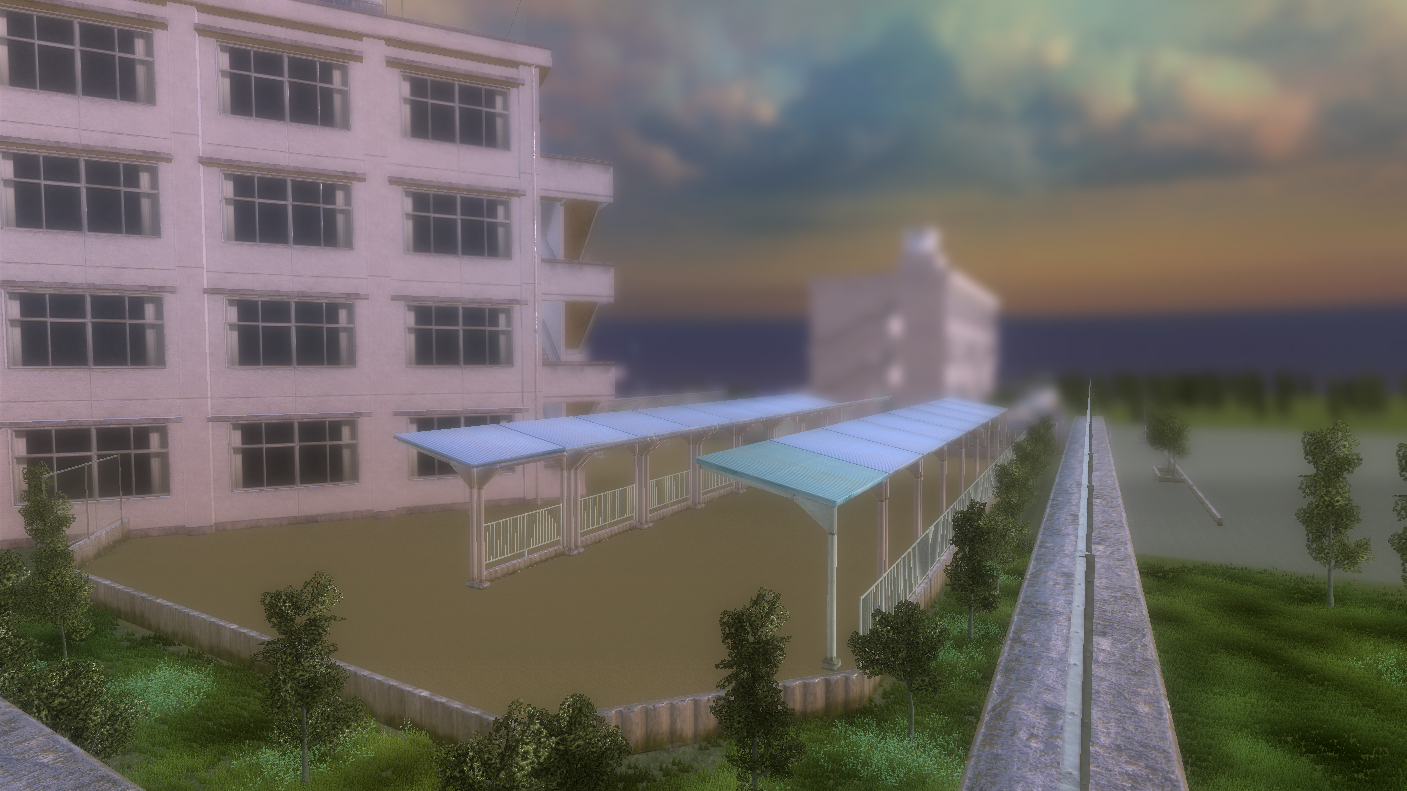 Now that looks a lot different doesn't it!?! There is still a lot more to do for the school such as decorating it with students, teachers, objects such as bikes, books, birds, accessible corridors, classrooms, other rooms, running track, etc. etc. etc. since there's so much to be done I will keep it at that.

The moon level is one that took me a bit of time to setup as it was my first space creation in Unity 3D but after I got the hang of it I was able to implement and come up with a lot of great ideas, the level itself still has a long way to go and lot's of things to setup but for now here are a few things I have added in: 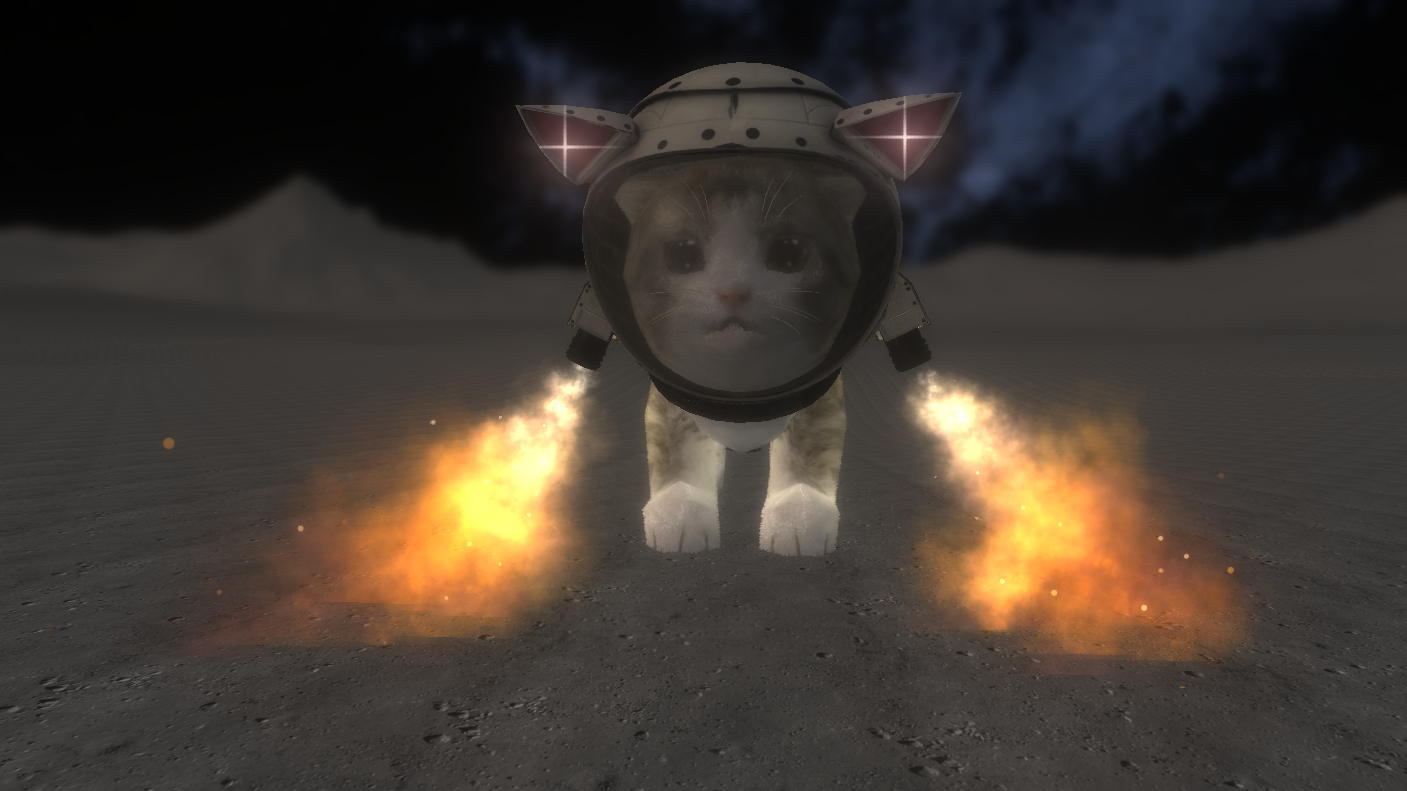 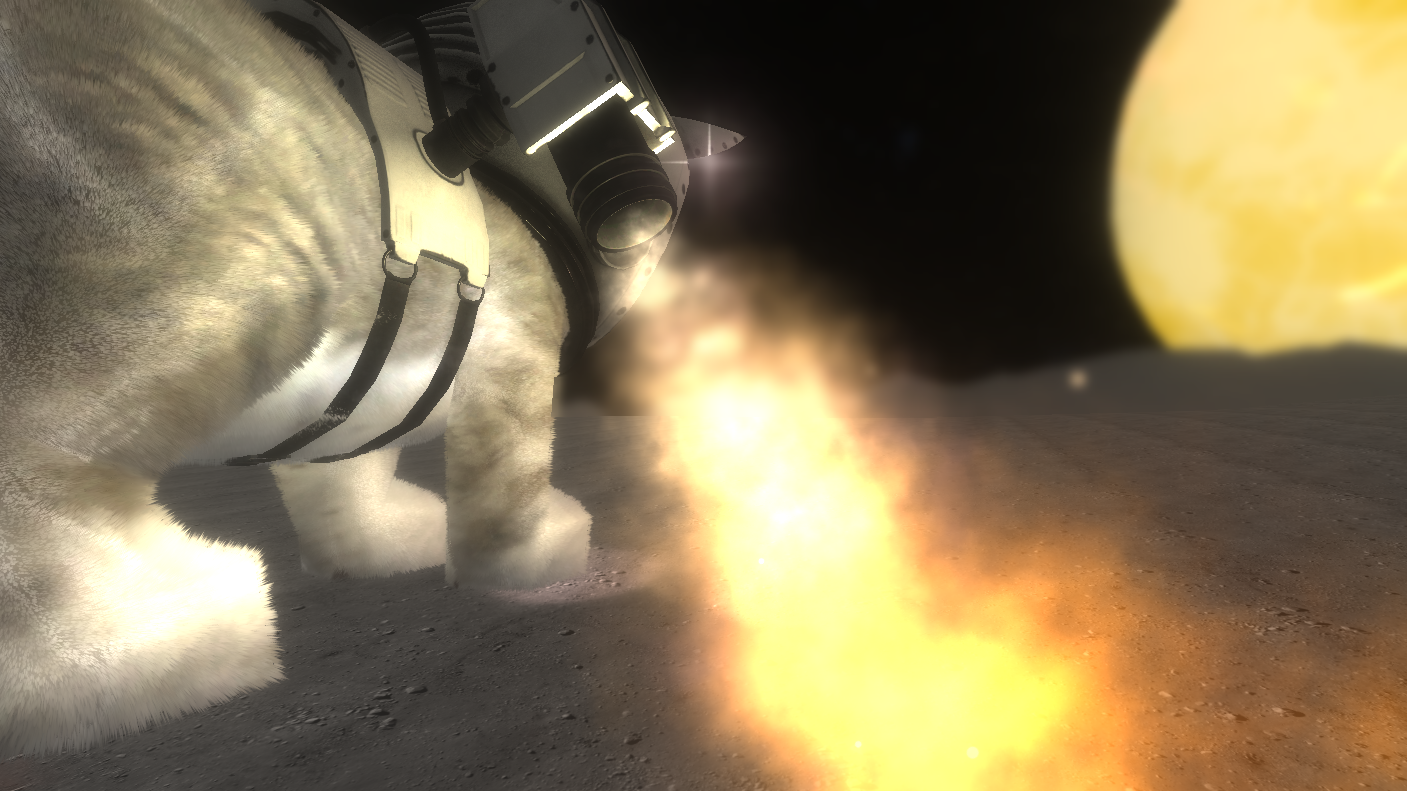 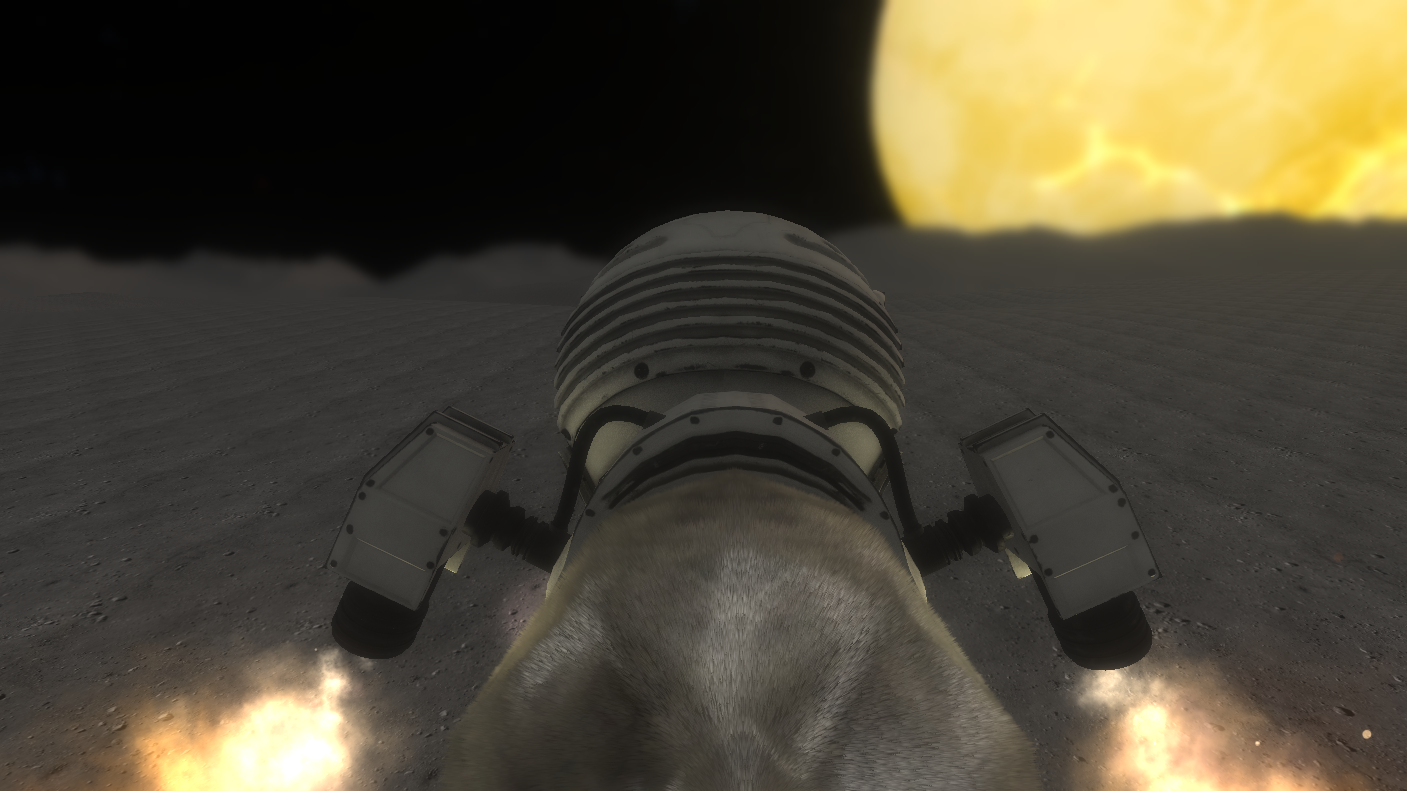 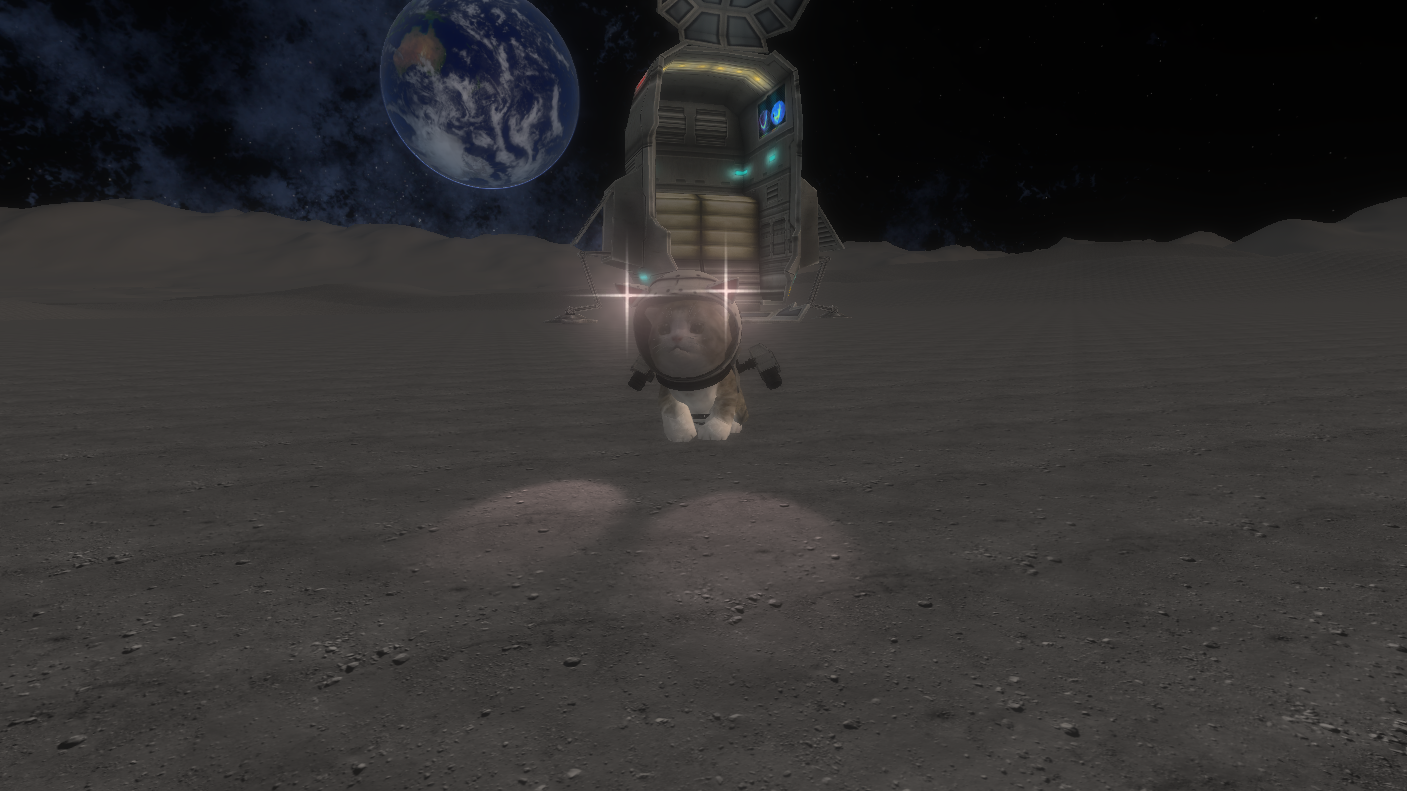 At this point there was a major update for the water system I am using for the game, upon putting in the update the water looked even better! So I took a screenshot to show the difference of the pool water in the school level: 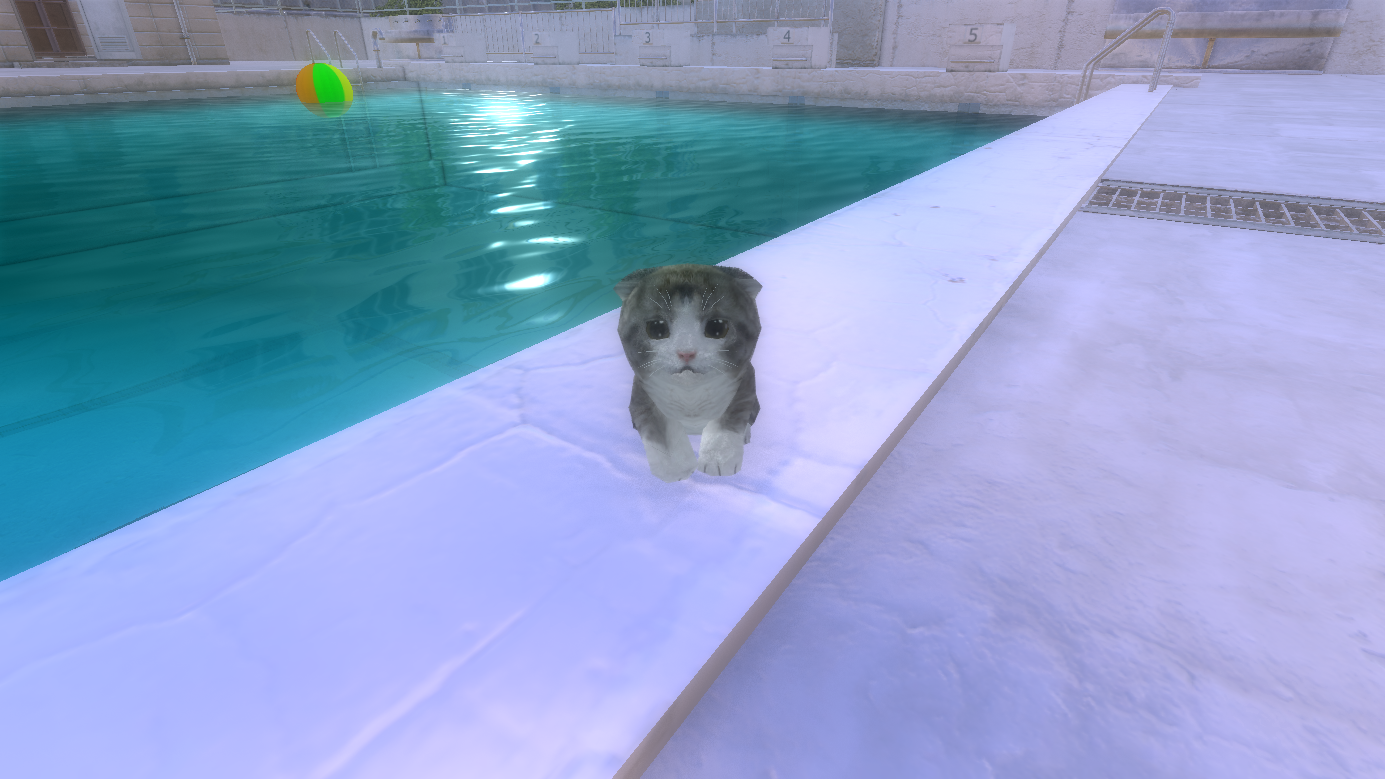 Not too long after I decided to release the OST for Kitten Super Adventure on soundcloud (the tracks that are currently being used at the least) which you can take a listen to here if you are interested:

One of the key features for the game is the highlighting system and dialogue UI so I wanted to spend some time creating that and having it functioning early on in development so I can easily implement it into the new levels as I go, here's a few shots displaying that: 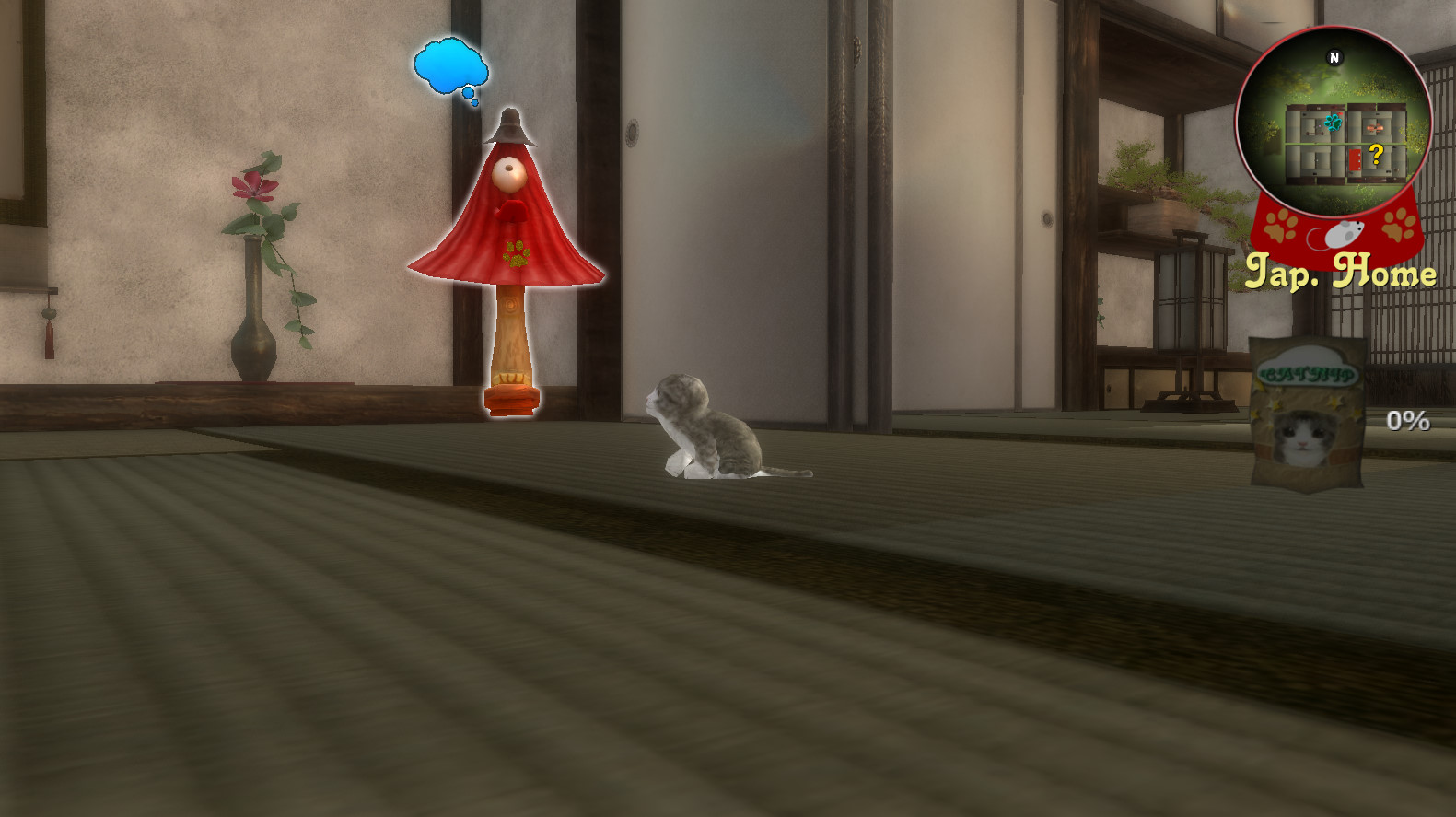 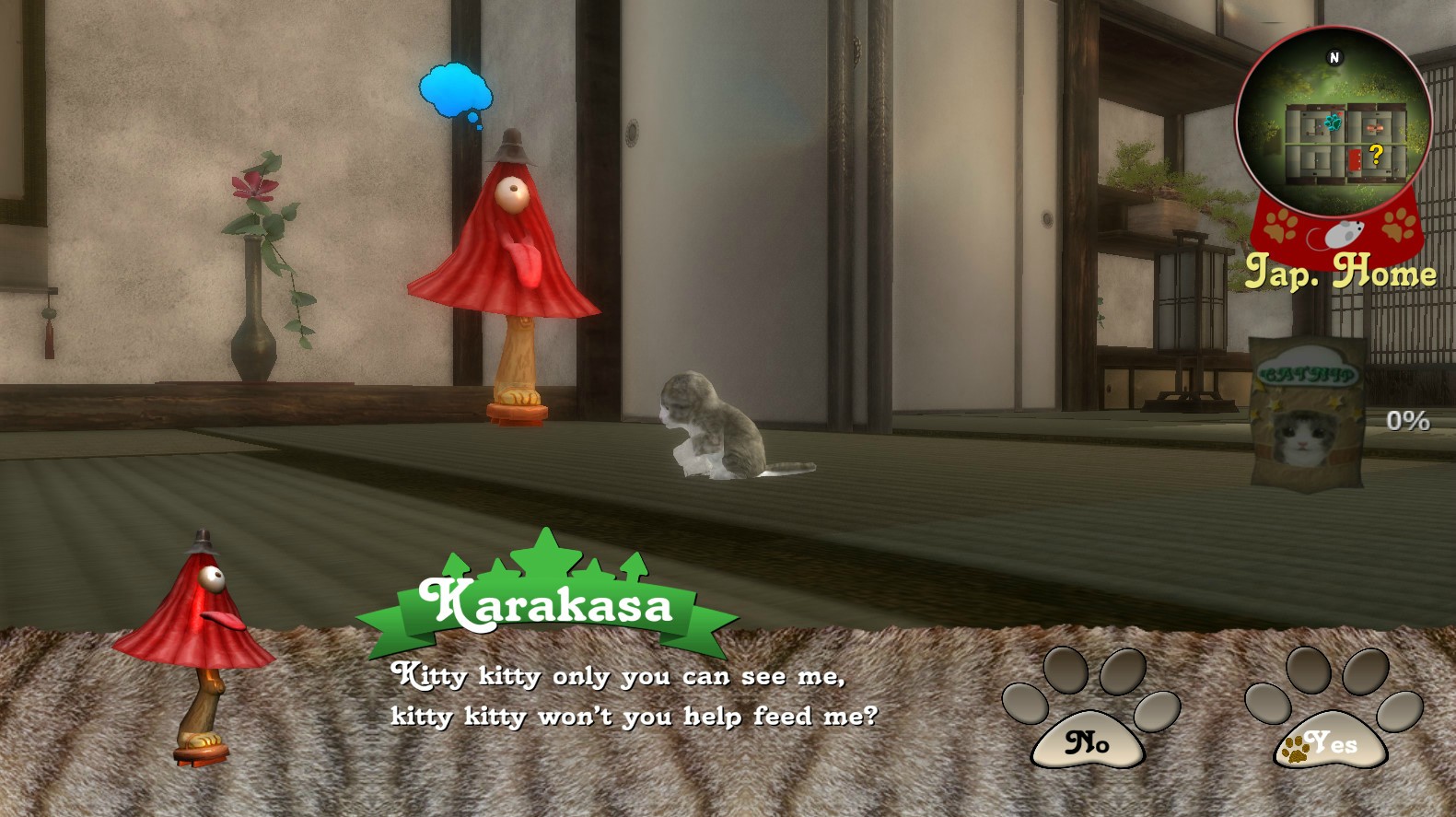 While I was working on all this the new cat house model is done and kitten islands creation begins! This is a big deal for the progression of the game as this model was what I was really waiting on to create the new title menu which displays the main area for the story mode in game. Now that the model is complete I went ahead and started creating the area, the images below are very rough versions, there is still lots more to do : 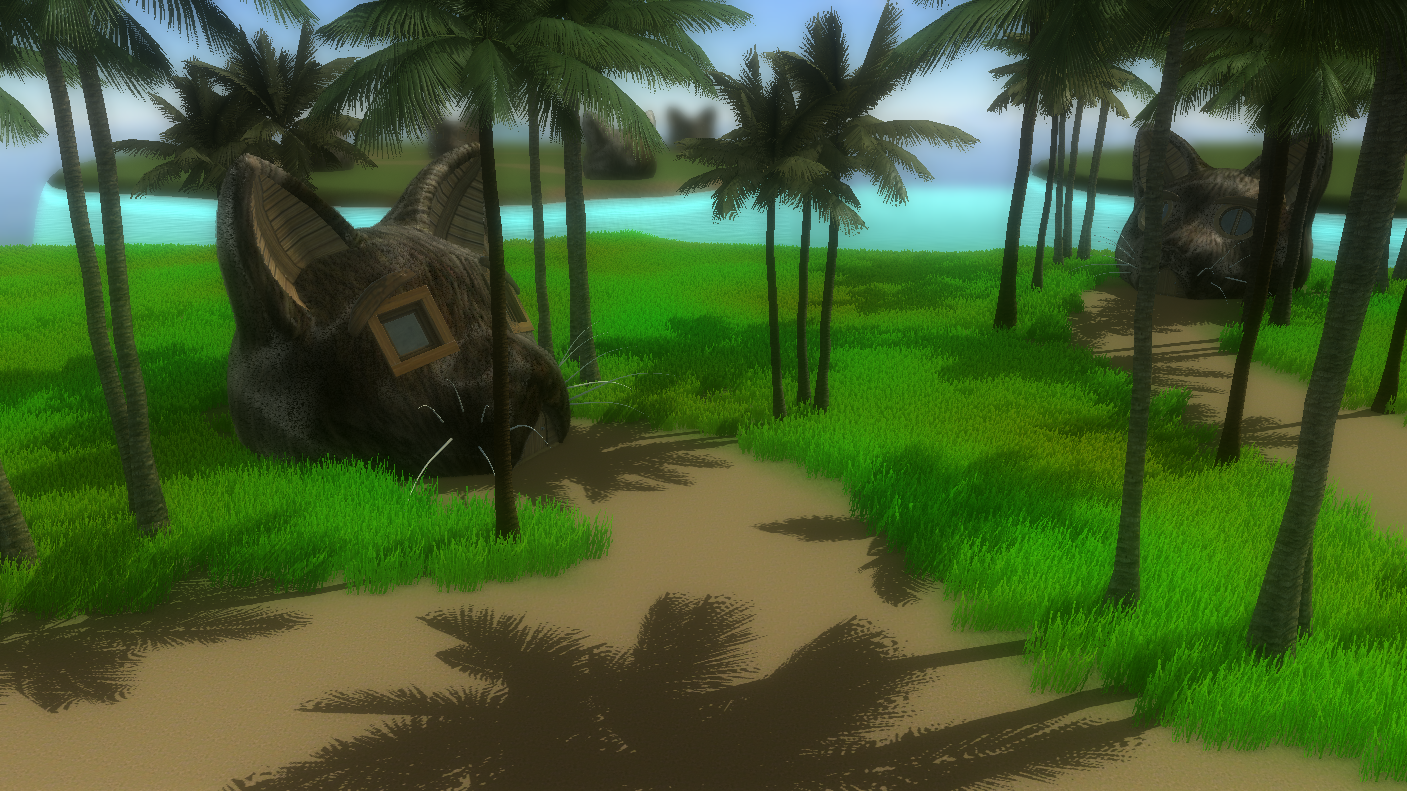 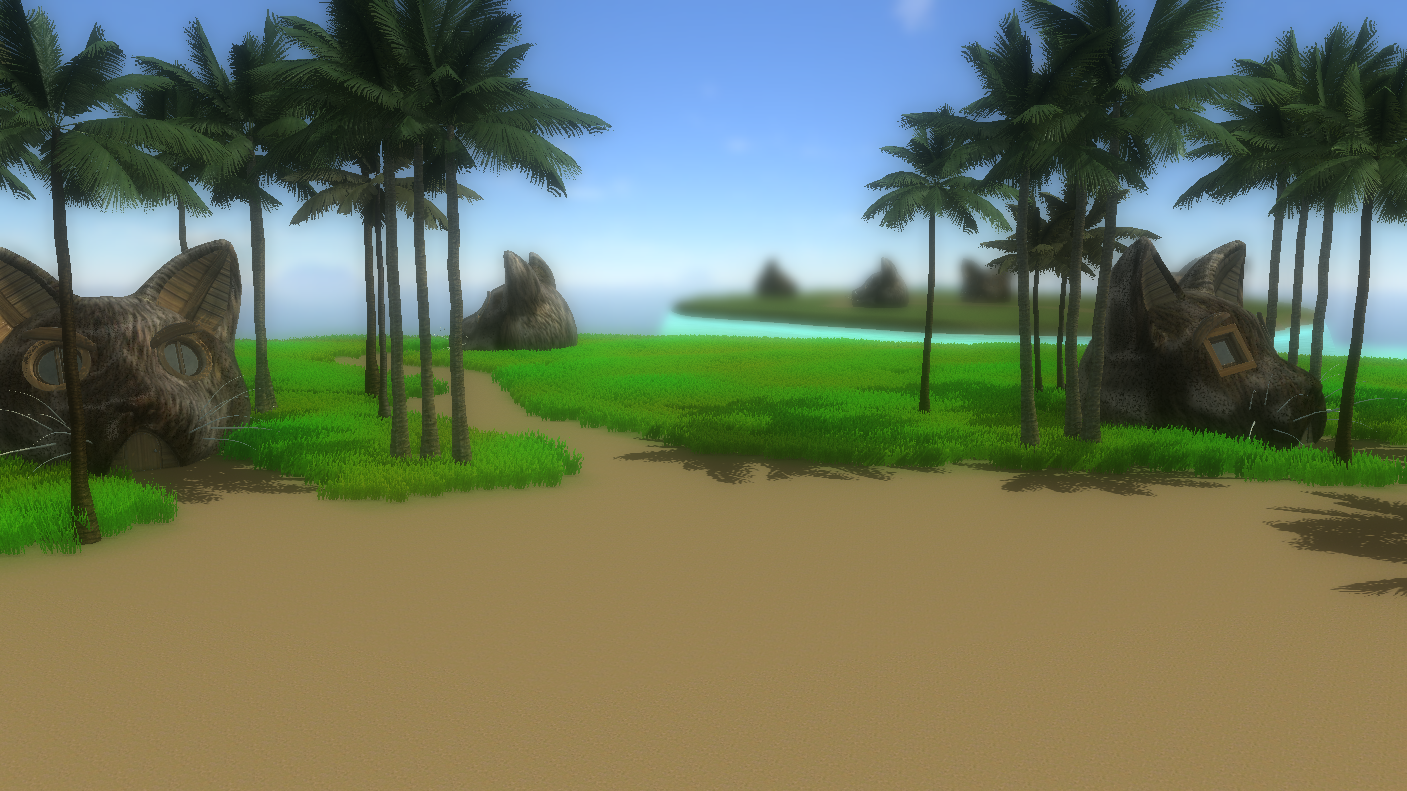 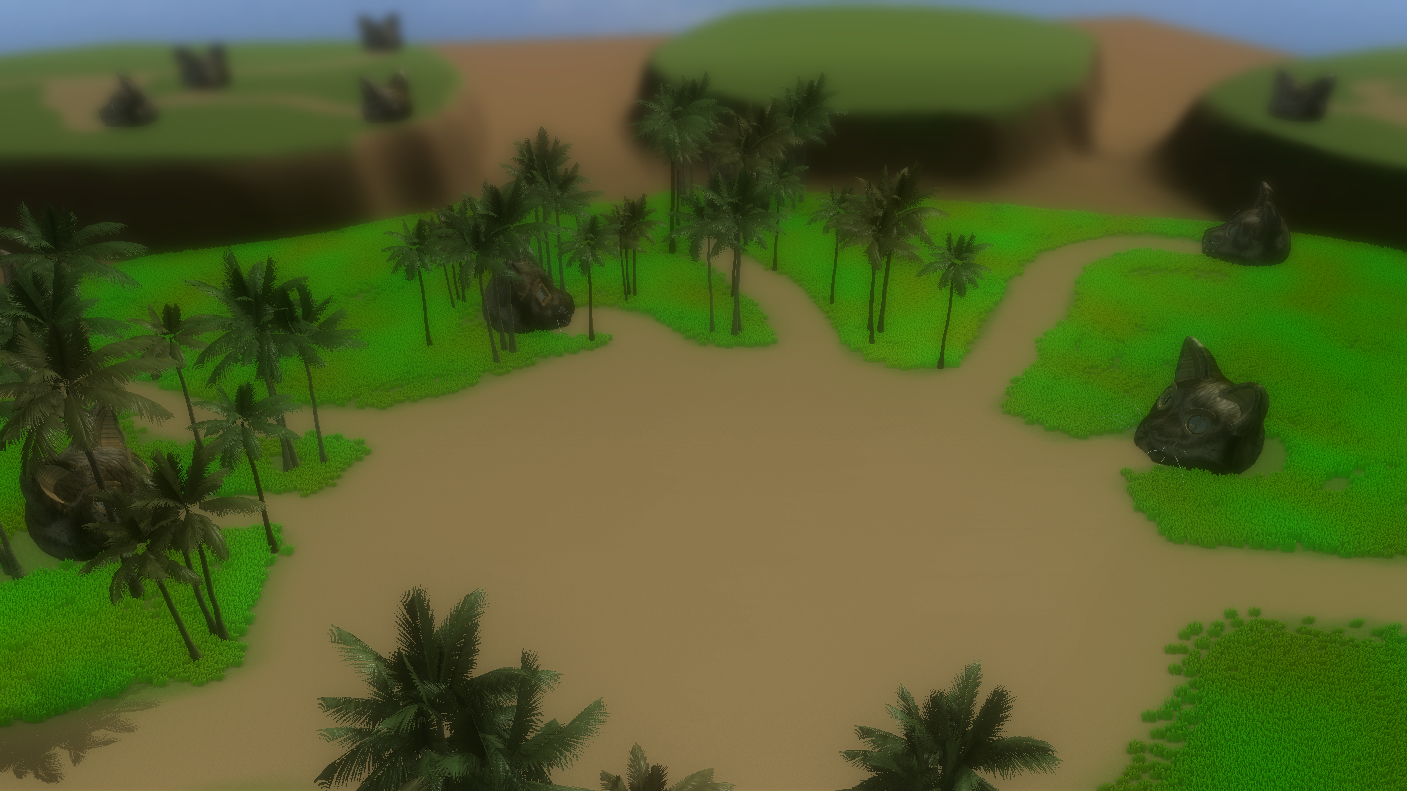 There has been a lot of progress on the setup of this level which will be displayed in a video that will come later on, for now the last part of this news update will cover something very important for the game. This is a kitten statue that will display the borders of the level, it will be like in spyro where if you hit the border it will act as a force field: 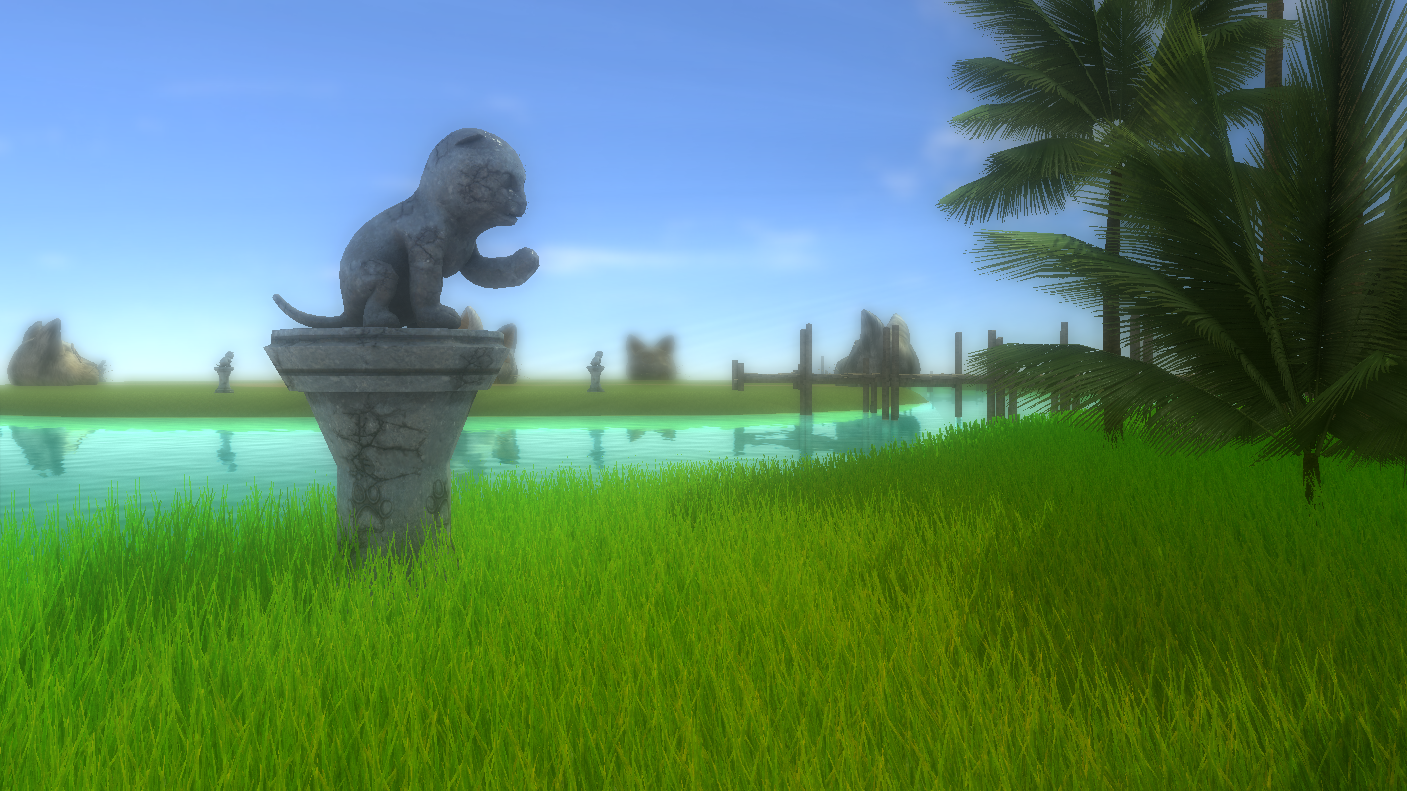 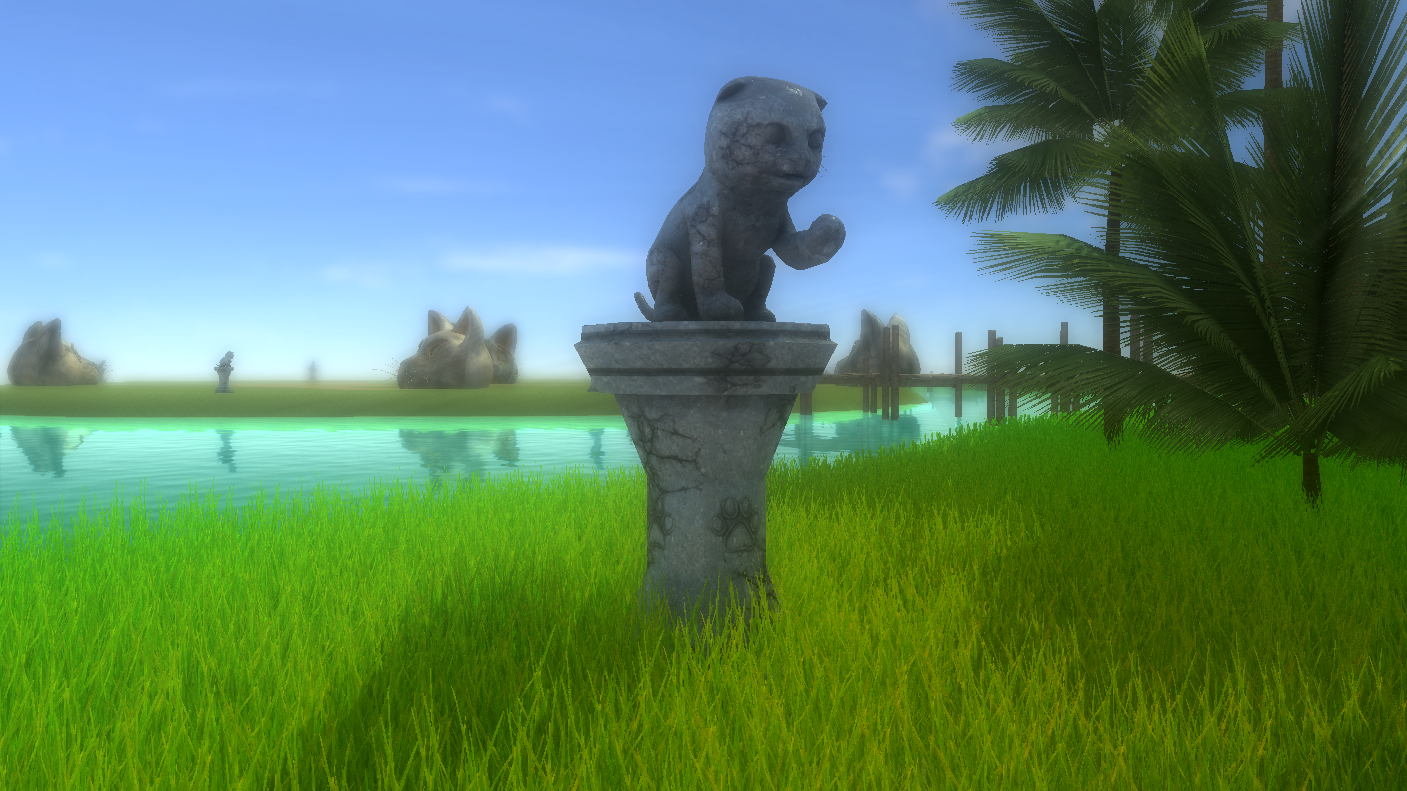 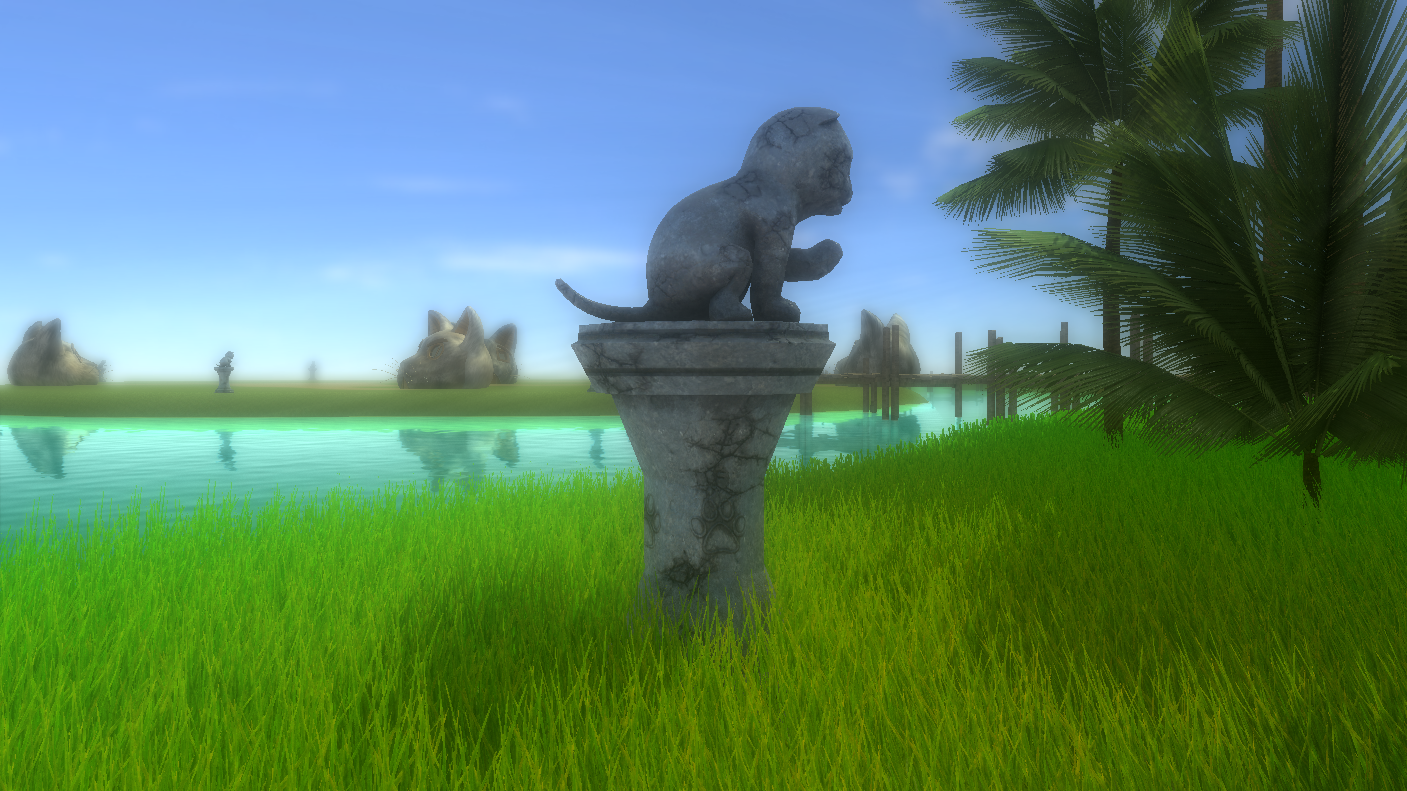 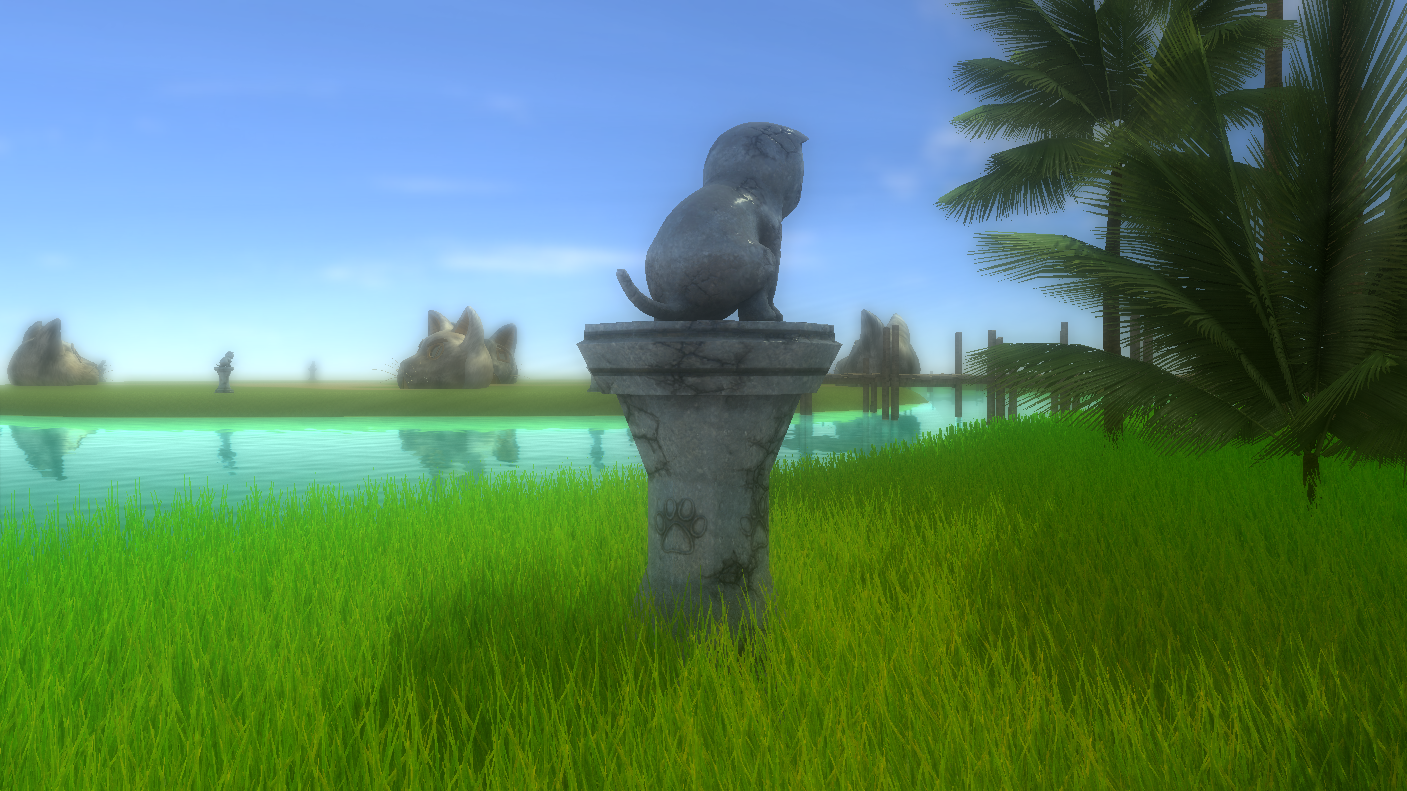 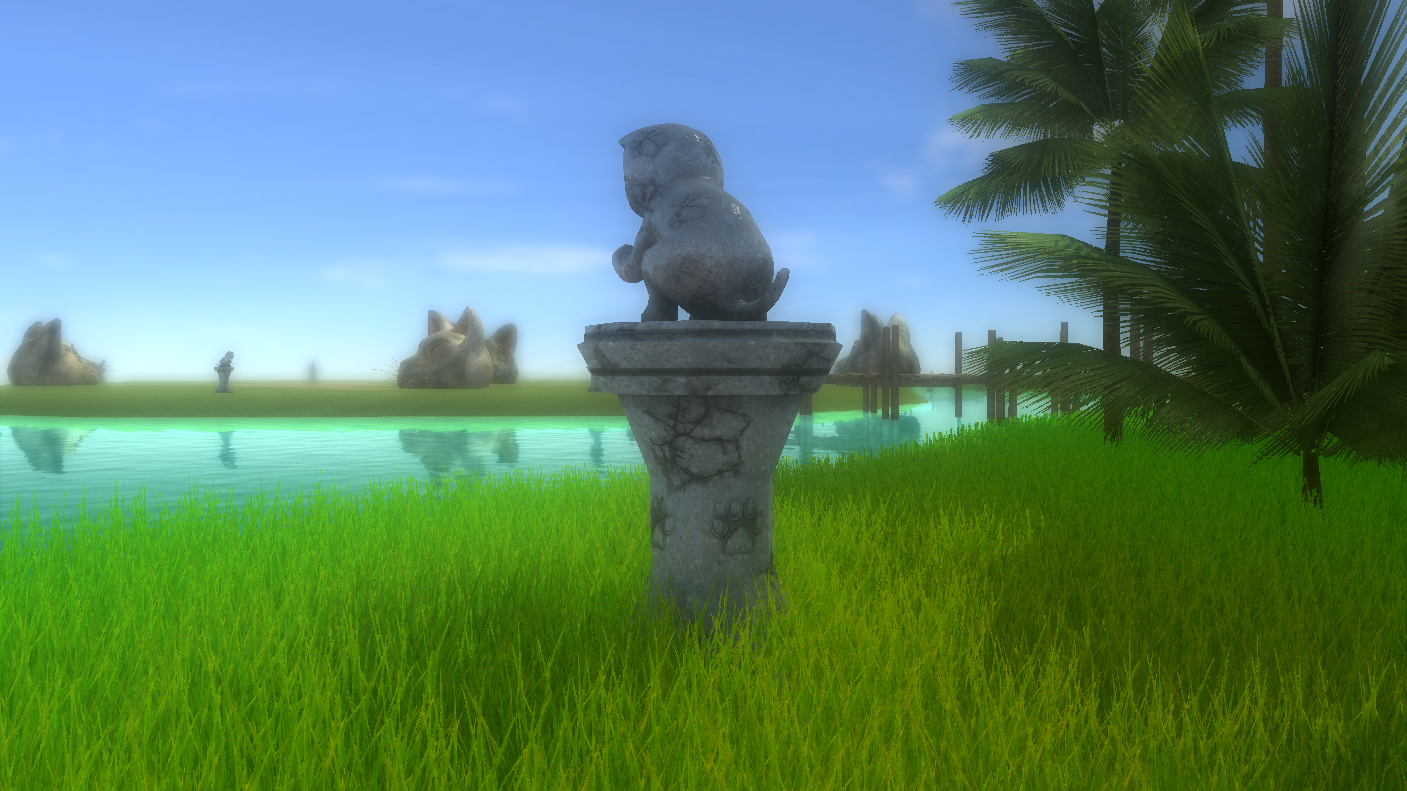 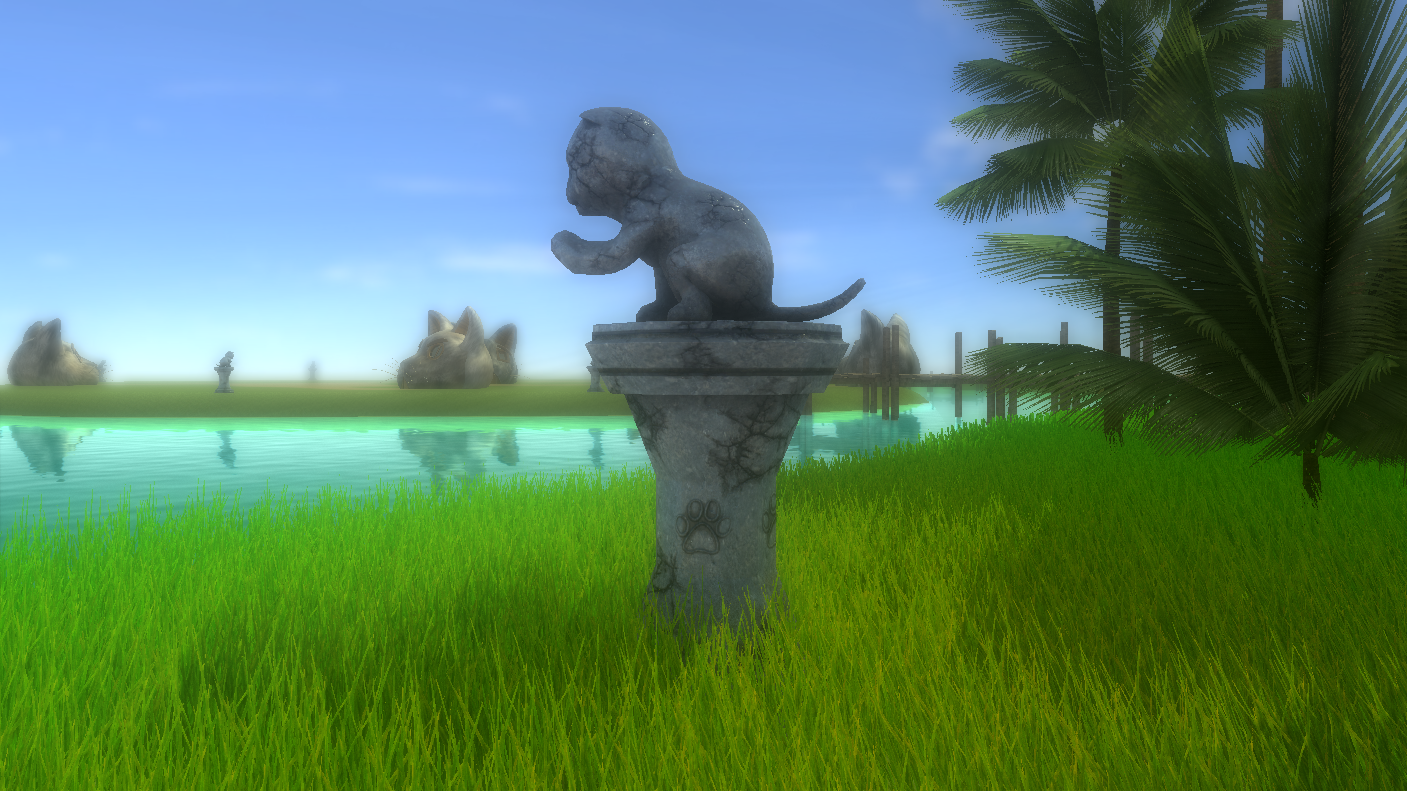 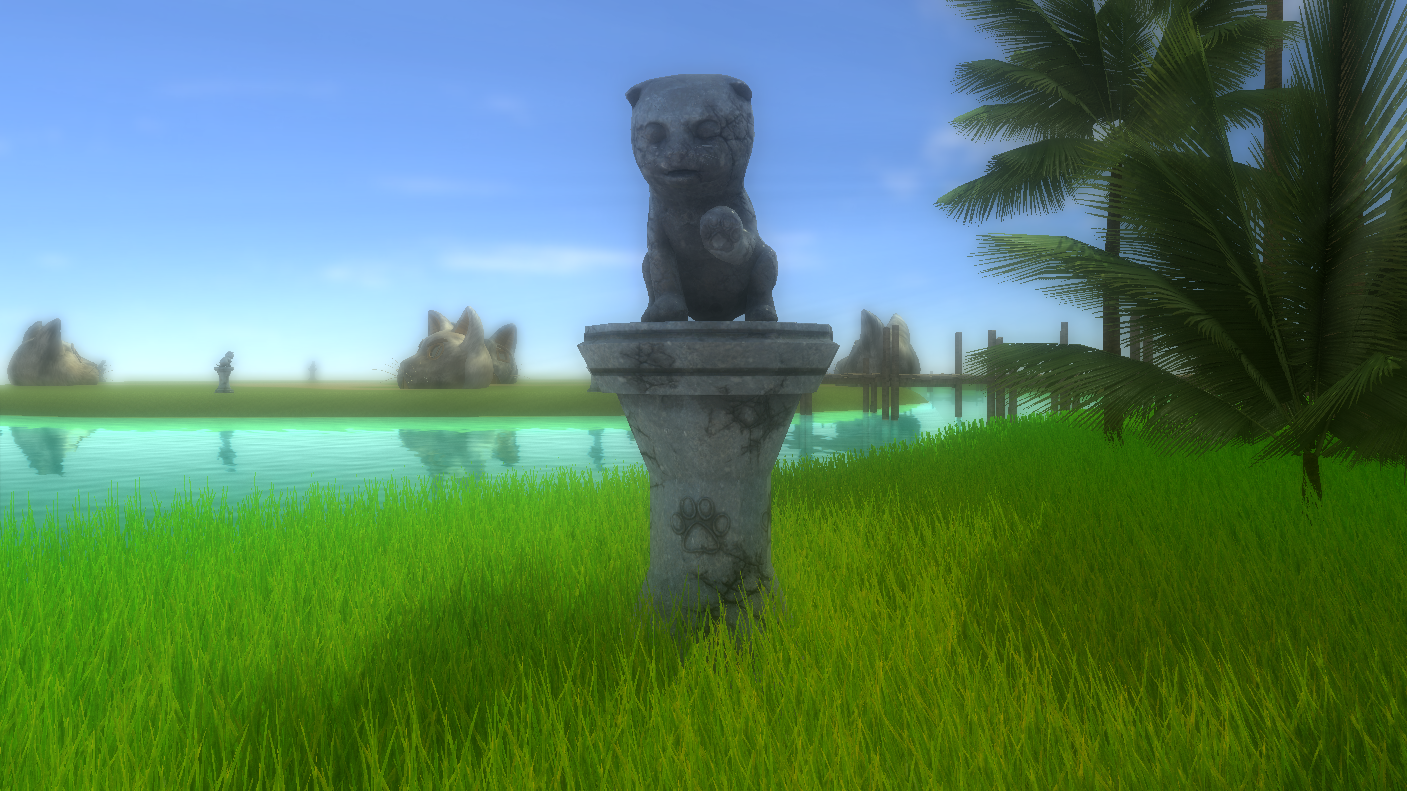 Thanks for taking the time to read this news post and follow me through the progress and development of Kitten Super Adventure up to this point, there is still A TON of stuff to do and I can't wait to show you more updates! Until next time! Nyaaaaaaaa~~~~~

This is incredible! Loving the alternate title, haha. And the new screenshots are just beautiful. Keep up the amazing work, well done, sir!~ <3