Post news RSS Save the world... from G-man invasion!

One of the greatest and least sane mods has been updated - the G-Invasion 2.5 is here!

One of the greatest and insanest mods has been updated - the G-Invasion is here! 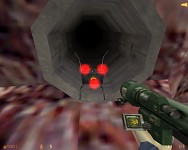 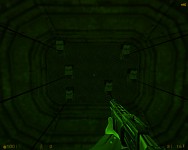 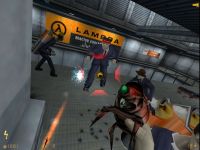 Watch your back... err, front, and sides too! G-men are attacking! They walk, fly, crawl, teleport... Stop invasion, make a RIGHT final choice!
Start with the hazard(ous) course. And don't forget your briefcase!


A word of sanity: this is a total conversion mod for Half-Life 1, except there are no DLLs or maps. We wanted to turn original HL world into insane g-world and also prove that there's much can be done without coding and mapping (which also makes this mod compatible with almost any HL version).

* Now for both WON and Steam!