0.86 appeared in Desura a few days ago, bringing a hefty amount of changes with it.

The basic system of mortar strikes as XP milestone based rewards has been completely revamped to better support more variant types of call requests. These calls are now obtained by using a money-like currency at the armory, we call it RP i.e. resource, reward or relation points, not quite sure which one :) RP is accumulated automatically over time once you rank up to Sergeant, and you can further earn RP by delivering valuable items to your faction through the armories. We've added 11 of these items in 0.86 to get started with it, expect to see more coming! 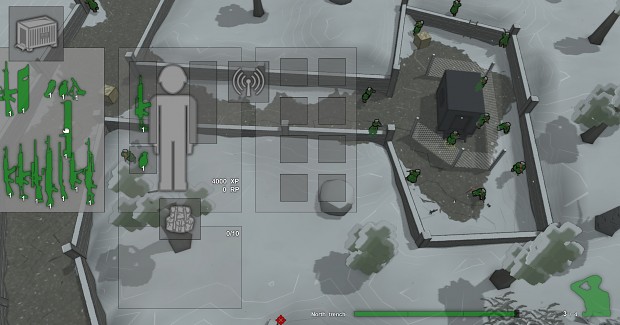 The inventory UI has been changed somewhat, still work in progress especially on usability and appearance, and the carrying configurations have been rebalanced. 0.85 had an issue that backpack could be misused by carrying plenty of primary and secondary weapons in it, effectively making you a walking multi-class arsenal. In RWR we feel it's important that you mostly stay within your role and have to make a decision what that role is.

In addition to the unlockable stock weapons, Online Invasion mode now has the first few special non-stock weapons. We'll be adding more of these in later updates; it's great that Invasion as strictly cooperative mode enables this sort of content integration where some weapons can be significantly better than others, as it's not so important to keep everything balanced like in the regular mode which is also targeted for PvP battling. Invasion will eventually be also playable in single player, but for now, single players will have to endure a while longer :)