Beta 0.78 is out with performance tweaks and new server-side functionality.

It's time for an update! Beta 0.78 improves performance again, for some it brings it back from a slight dip in 0.77 and hopefully goes beyond what it used to be. Most other improvements are related to extending the item support for new weapons and other items coming in the future, yet APC HMG projectiles now feature a small blast capable of damaging other vehicles, and rockets fly off with propulsion effects. 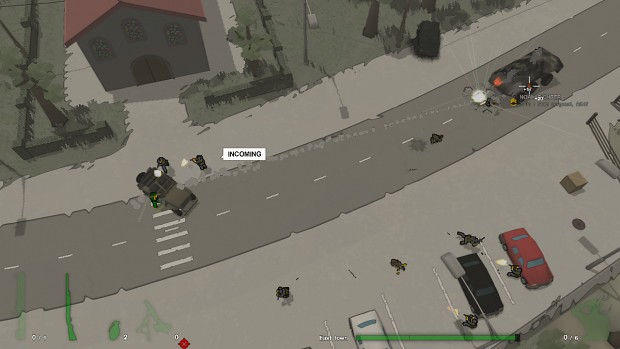 The online server side has the most significant updates this time. The "server player" is finally gone now, live map changes are supported, and at least the modulaatio1-3 servers will be utilizing a metagame script to rotate through the maps in random order.

Being a script, it means the server admin can define the logic for selecting maps and settings based on the outcome of a map battle reported by the server. This area will be extended in the following versions a lot while the work for the online campaign "mode" continues.

Great job :)
Thank you for updating the beta so often.