Ever wanted to create your own Rogue Adventure? Come and watch a nice video which shows how to create a custom splash screen!

In this news I want to show you the progress I made with the "Rogue Engine Editor" - an editor I make exclusively for Caasi's Odyssey! With this editor you will create the Rogue Adventure of your dreams. At least it will enable 100% mod support for Caasi's Odyssey!

But let's start with a small video which summarizes the progress. Have fun and enjoy the trip! :)

The first thing a player will see when starting a user created mod of Caasi's Odyssey, is the splash screen or loading screen. I recently added the 'Splash Screen Editor' in the latest update, which makes it possible now to modify the built-in splash screen.

Because it is a general rule for the Rogue Engine Editor that everything from the base game becomes moddable to give 100% mod-support, it was important for me that the user or modder is able to modify every single aspect of the splash screen.

But before we are talking about details, please take a look at the default splash screen: 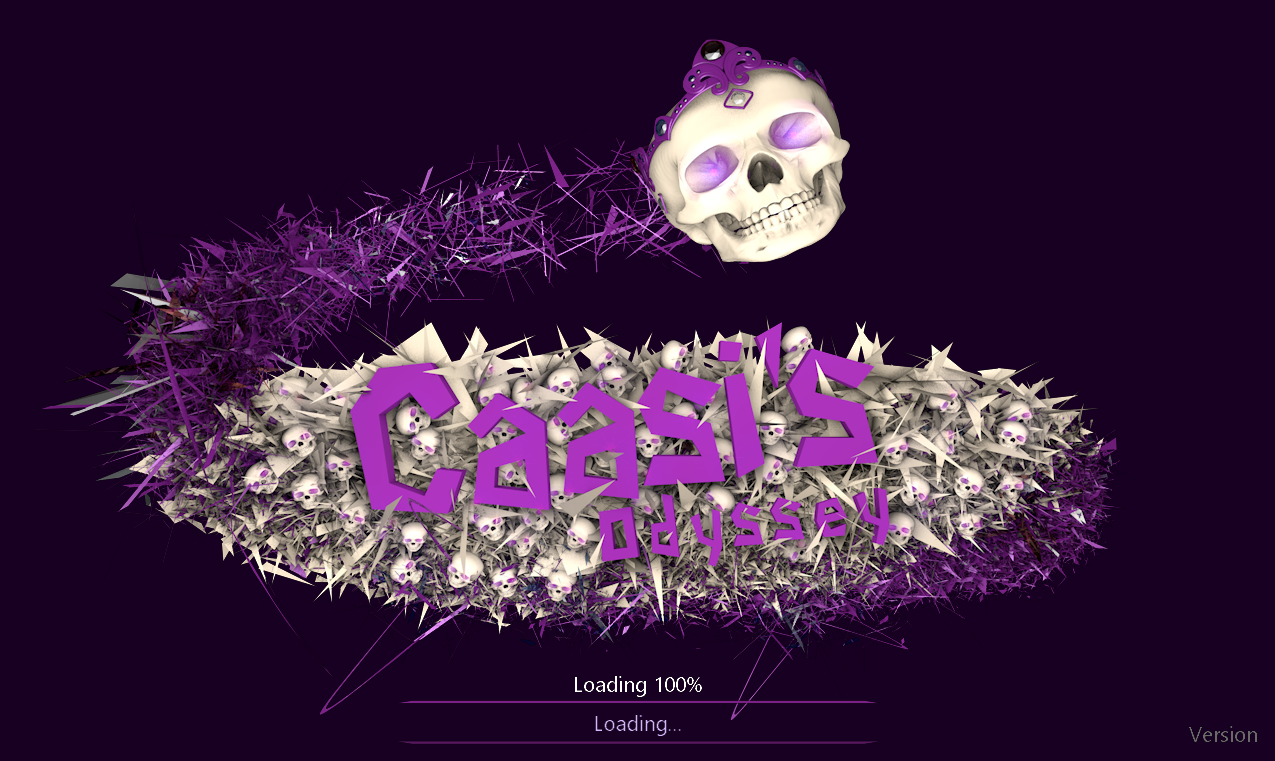 It basically contains the following objects:

And each of these objects has its own color value, which means that the text values (strings) can be colored as well as the texture values.

Editing the colors of a texture enables a kind of post processing to the splash screen, simply because it's easier to modify the assembled splash screen as a whole and defining the final 'mood' of the splash screen scene. Playing with colors means playing with feelings. And giving the mod-user the 'right' feeling before he actually starts playing the mod, is a great way to set the player into the desired feeling / mood as a small but effectively preperation.

It has something to do with 'immersion', which is also an important thing for me. The game or the modification of the game can be very simple, but it can draw the player deep into it, when all the values a merging into each other. 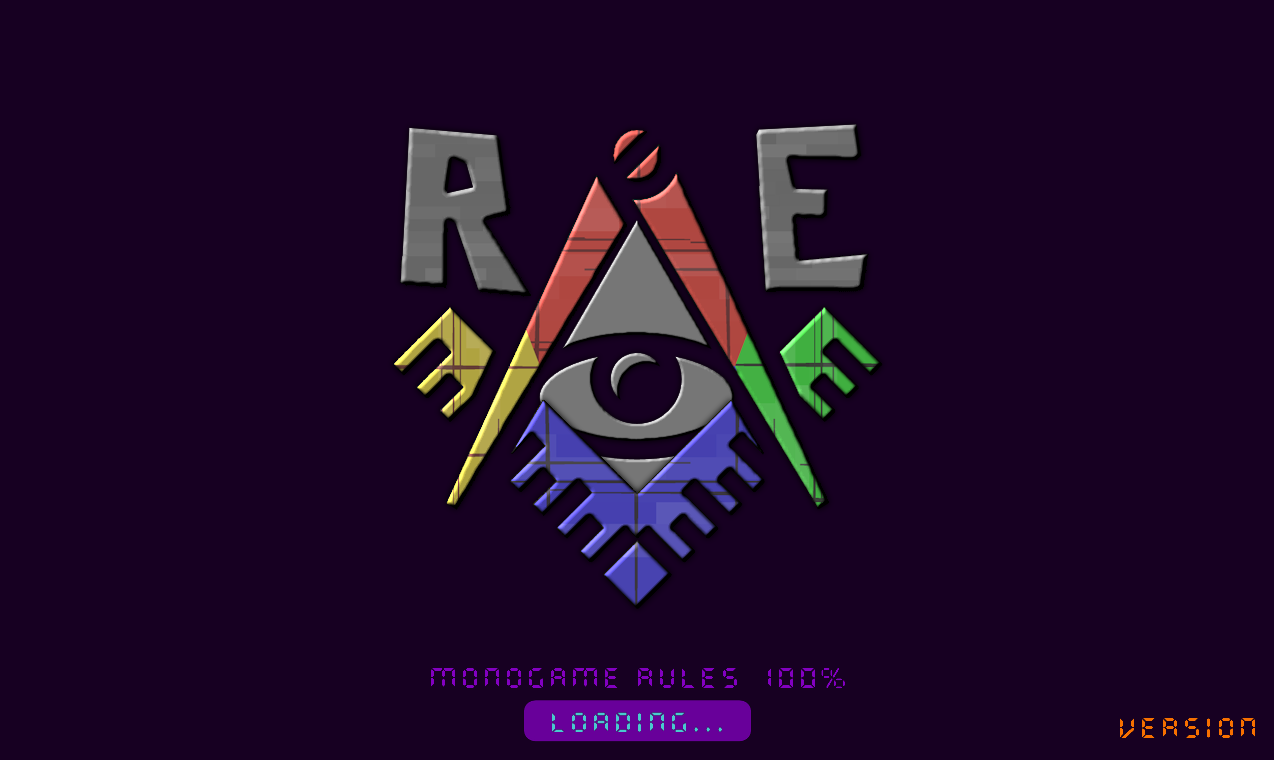 As you can see: there are even a lot of possibilities to modify the splash screen of a mod project!

As I promised in the last news, I also worked hard on the project management feature, so it becomes possible for the modder to work on multiple projects at the same time! 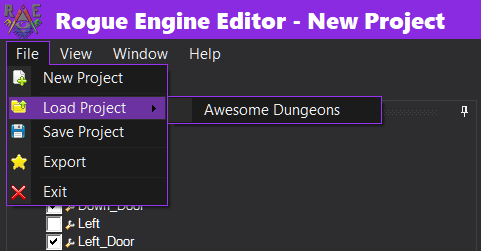 This allows to test out different things without loosing the progress made with a custom project. Generally it's a good idea to have the option to work on more than just one project I think ;-)

When you are creating a new project or loading an existing one, then you will be notified about the on-going (but very fast) progress in the output log: 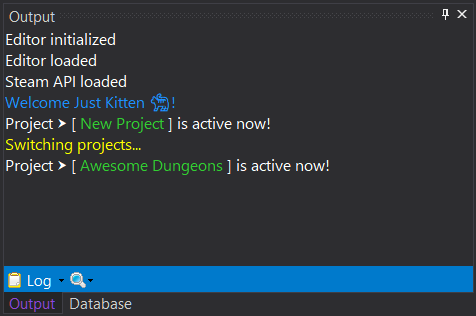 You can easily switch your projects without loosing your stuff. Just play around with all the options you have to create something inspiring!

I'm currently adding the special rooms from the game to the editor, so it's possible to modify them too. I will give you more insight in the next news. Be prepared and buy popcorn! :) 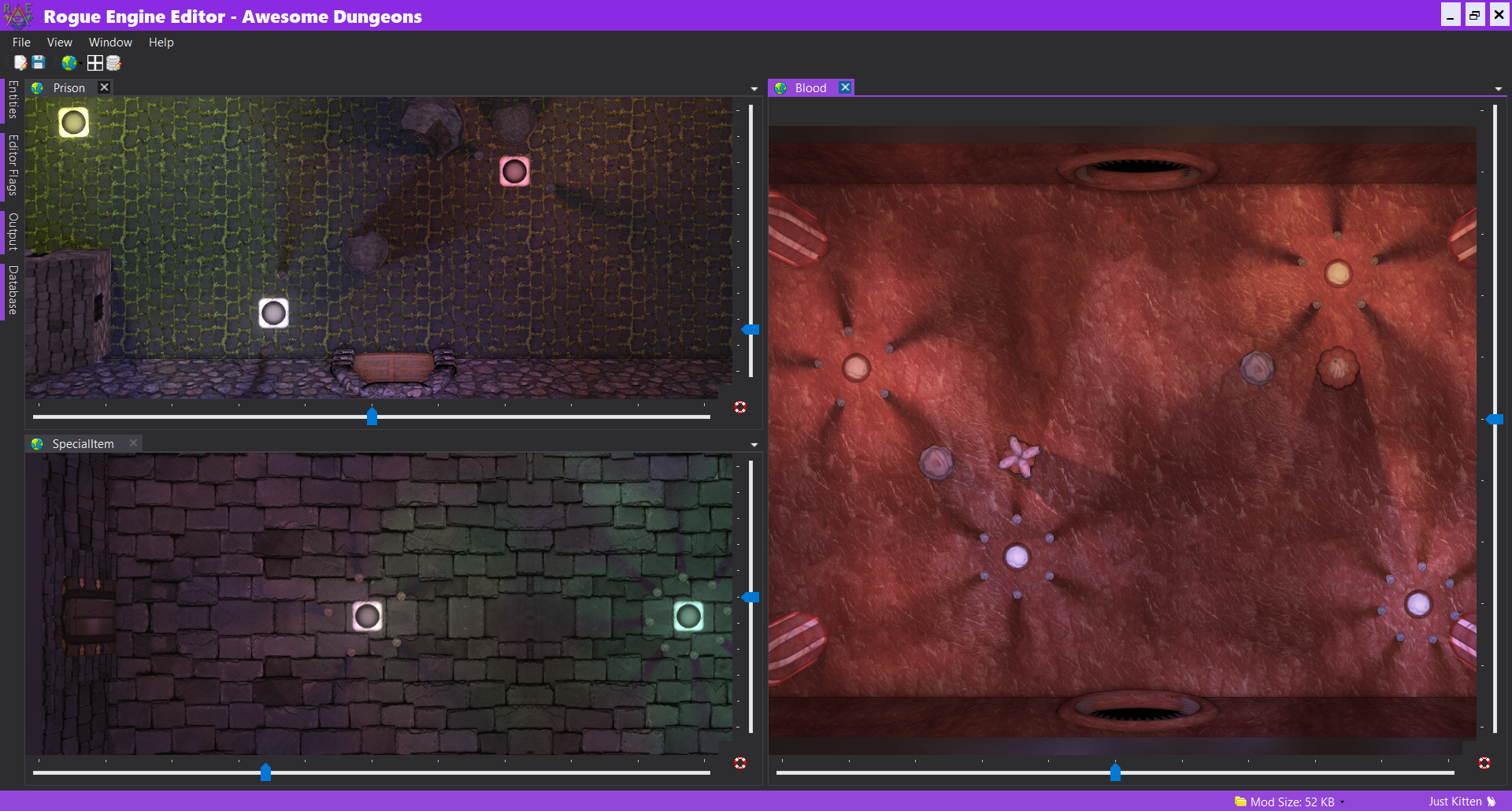 In the bottom left corner you can see that I already implemented a special room; it's the 'Special Item Room', which gives the player a special item or enchantment when he enters this room.

Furthermore the editor already got multi viewport support! This allows the modder to quickly compare different rooms and modify each room in realtime!

It's good for me to see, that the hard work in the past slowly transforms into something special and unique, but I know that there is still a long path to travel. Maybe you want to travel with me? I have beer.

Create the Rogue Adventure of YOUR dreams!

See you in the next news!

I also wish you a very nice week and weekend!

Sounds very interesting what you are creating ;)
I'm curious what happened next and I'm sure that travelling with you is a nyze thing to do ;D

Really appreciate it. Have a nice day!